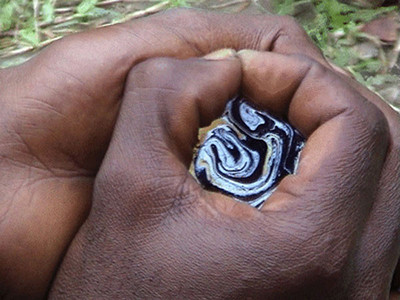 Framed by Etchells’ new neon sculpture Mirror Pieces, the exhibition stages a meeting of ideas and articulations reflecting a global political landscape, while creating dynamic tensions around the question of how the lived experience and social reality of modern era and contemporary capitalism might be articulated – in language, in performative action and in visual abstraction. The neon sculpture by Etchells is placed in dialogue with several video works by a diverse group of artists. The pieces were selected from Argos’s rich collection of film and video (Edith Dekyndt, Till Roeskens, Julia Meltzer & David Thorne, Emily Vey Duke & Cooper Battersby and Sven Augustijnen), as well as on loan from other institutions and individual artists (Neil Beloufa and Neša Paripović). Through one central thematic aspect concerning language itself in relation to political demands and subjective desires, 'Order Cannot Help You Now' links to Tim Etchells’ two other projects for the 2014 Kunstenfestivaldesarts; 'And For The Rest', a series of posters for the streets of Brussels, created following interviews with people outside the voting process and 'A Broadcast / Looping Pieces', a new solo improvised text performance which will be presented at Kaaistudios.

Works and artists on show: