Though its dark, still I sing 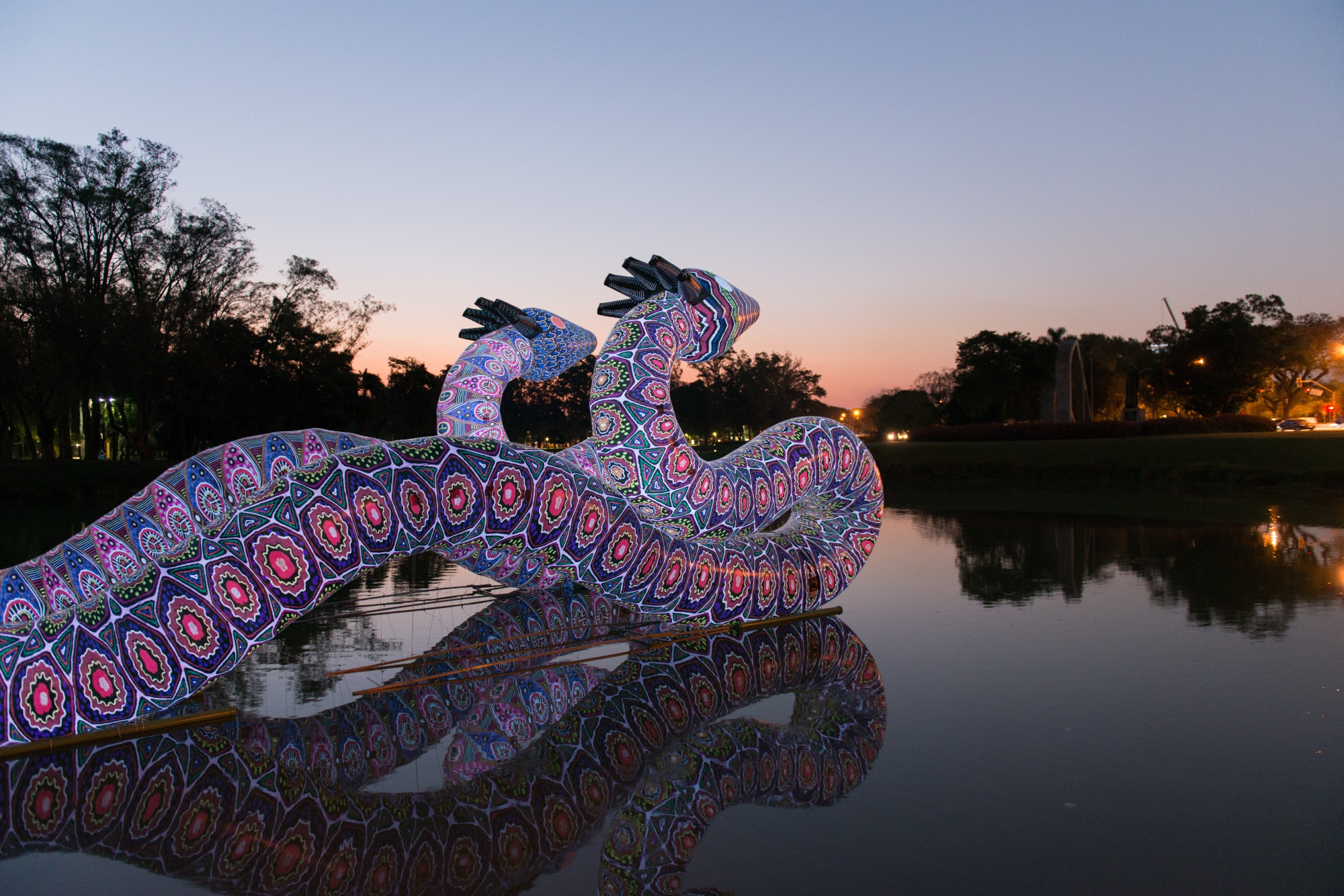 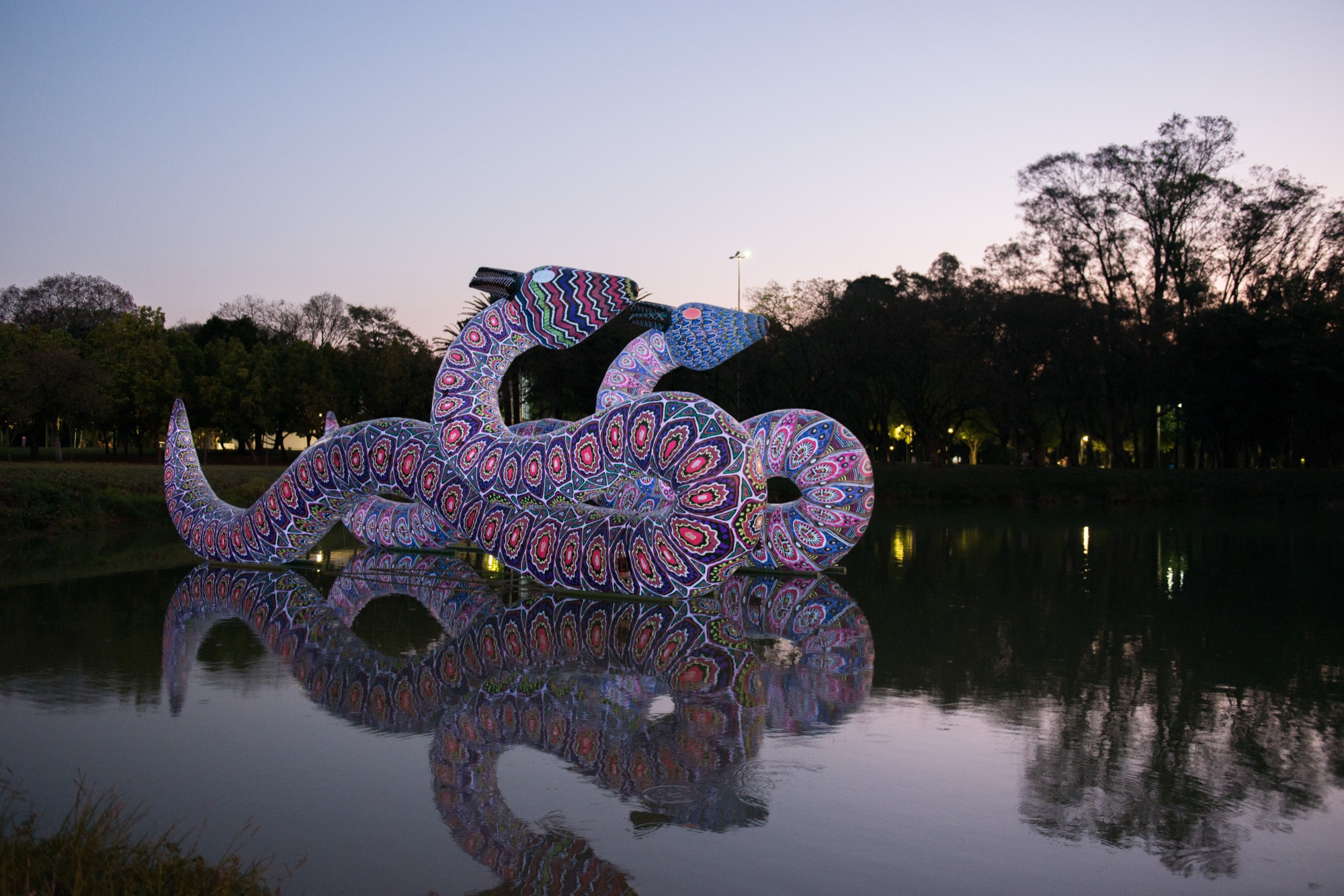 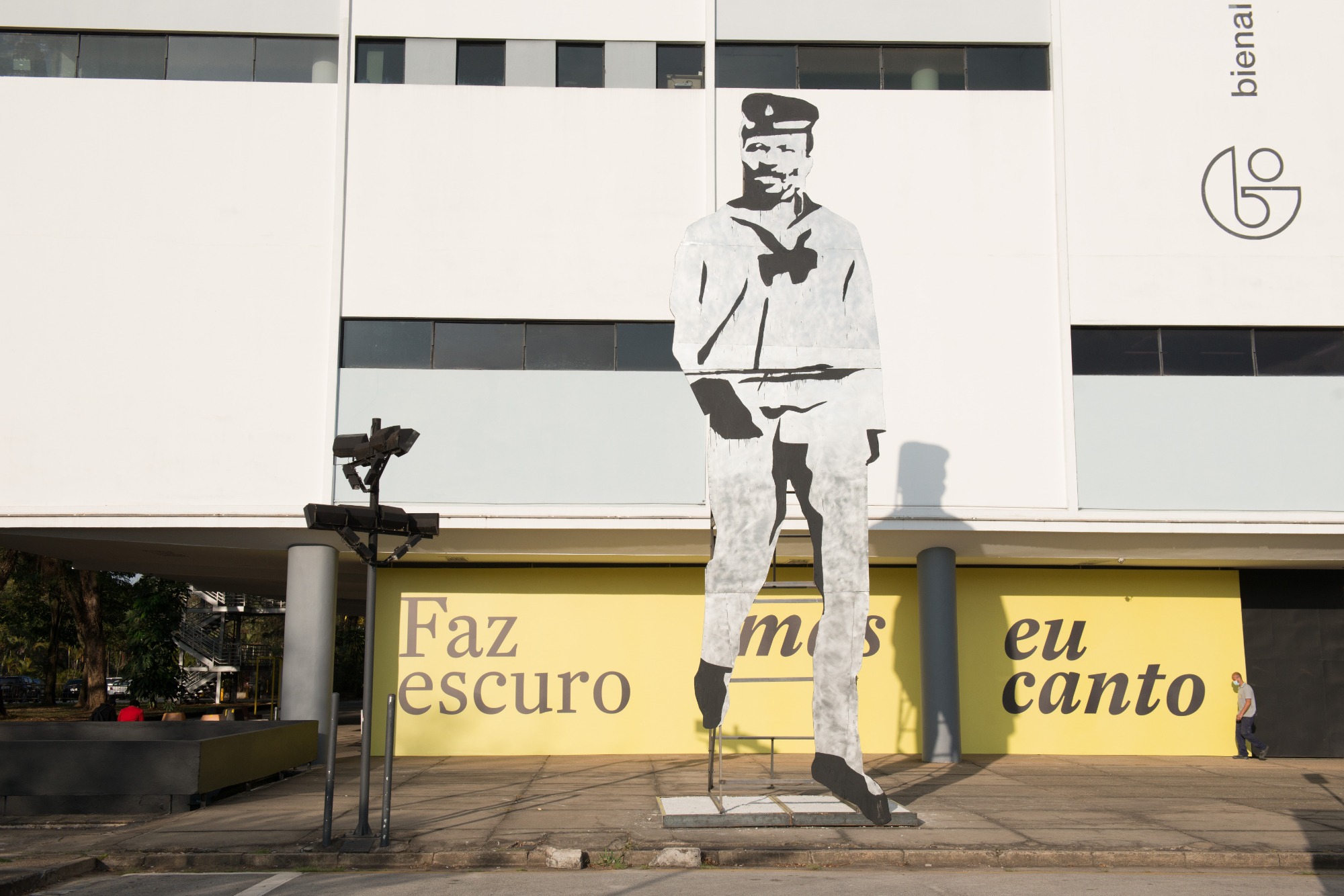 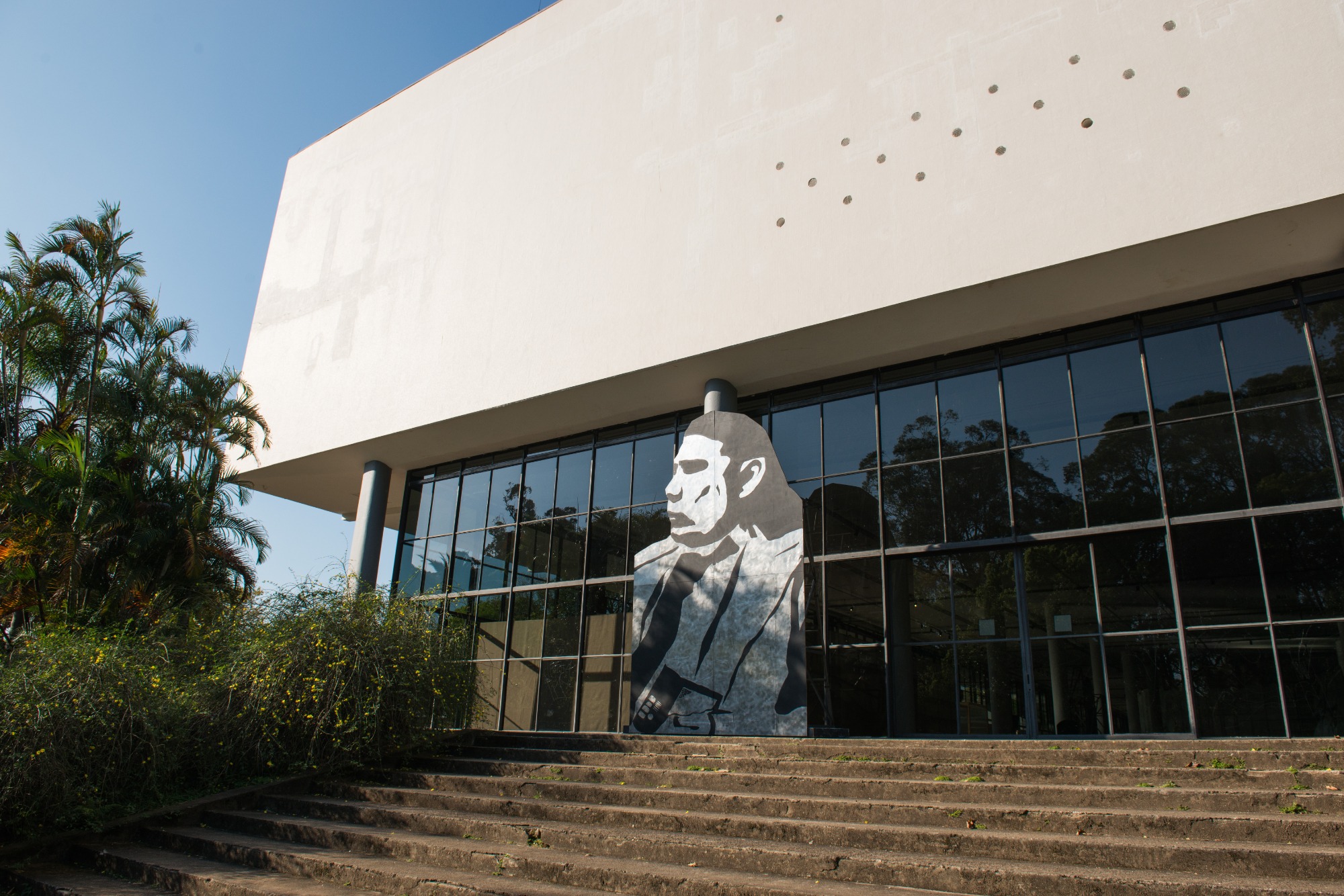 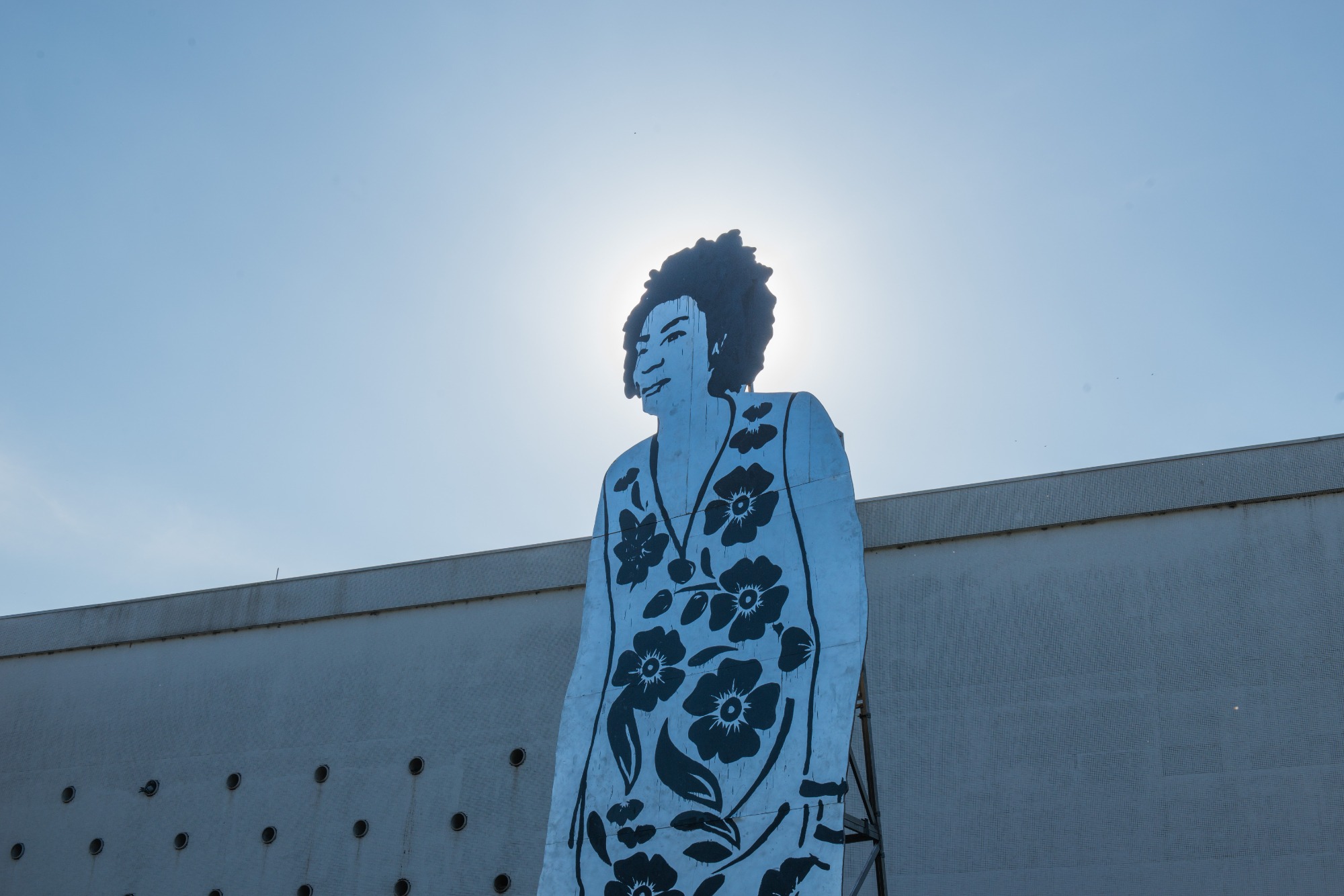 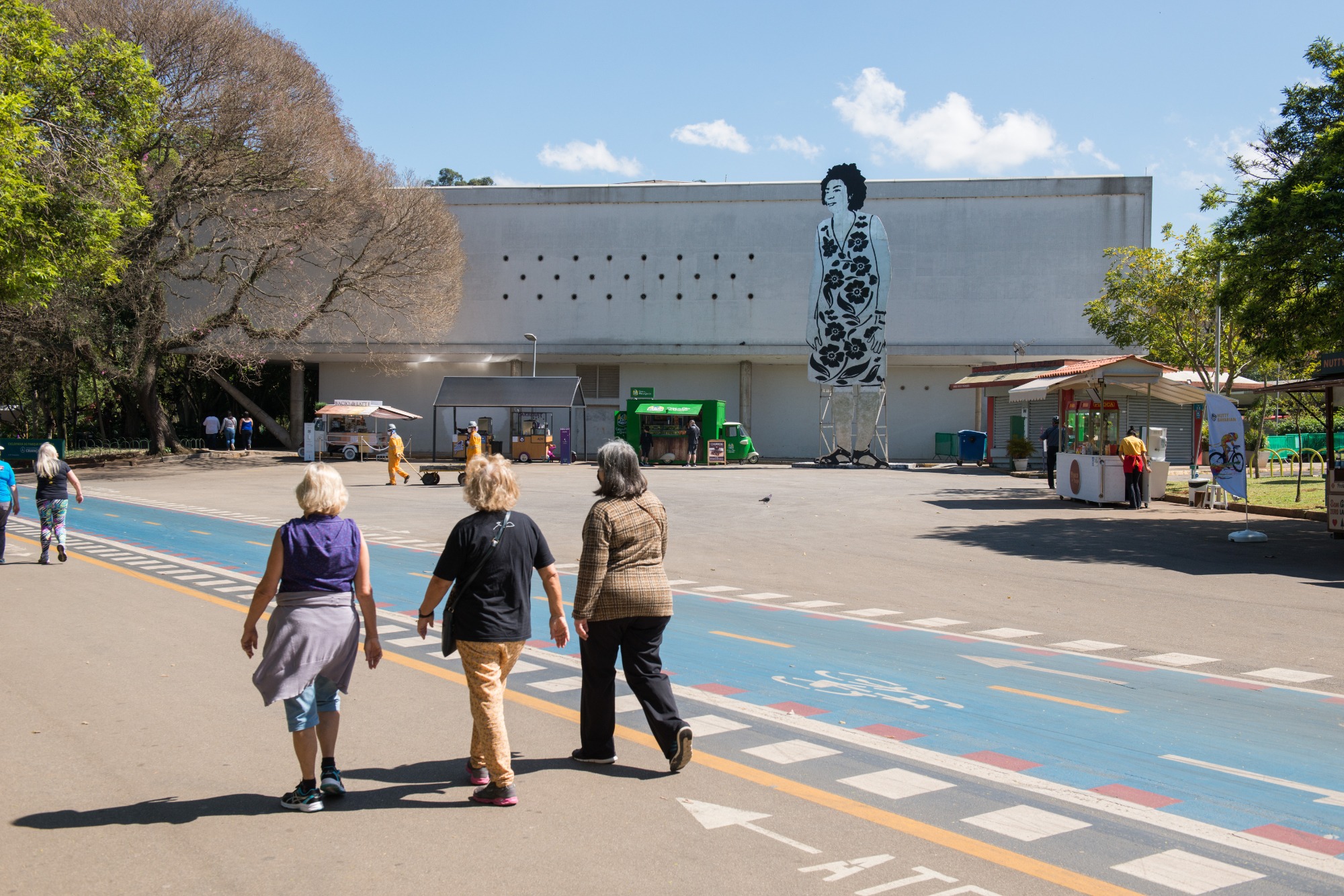 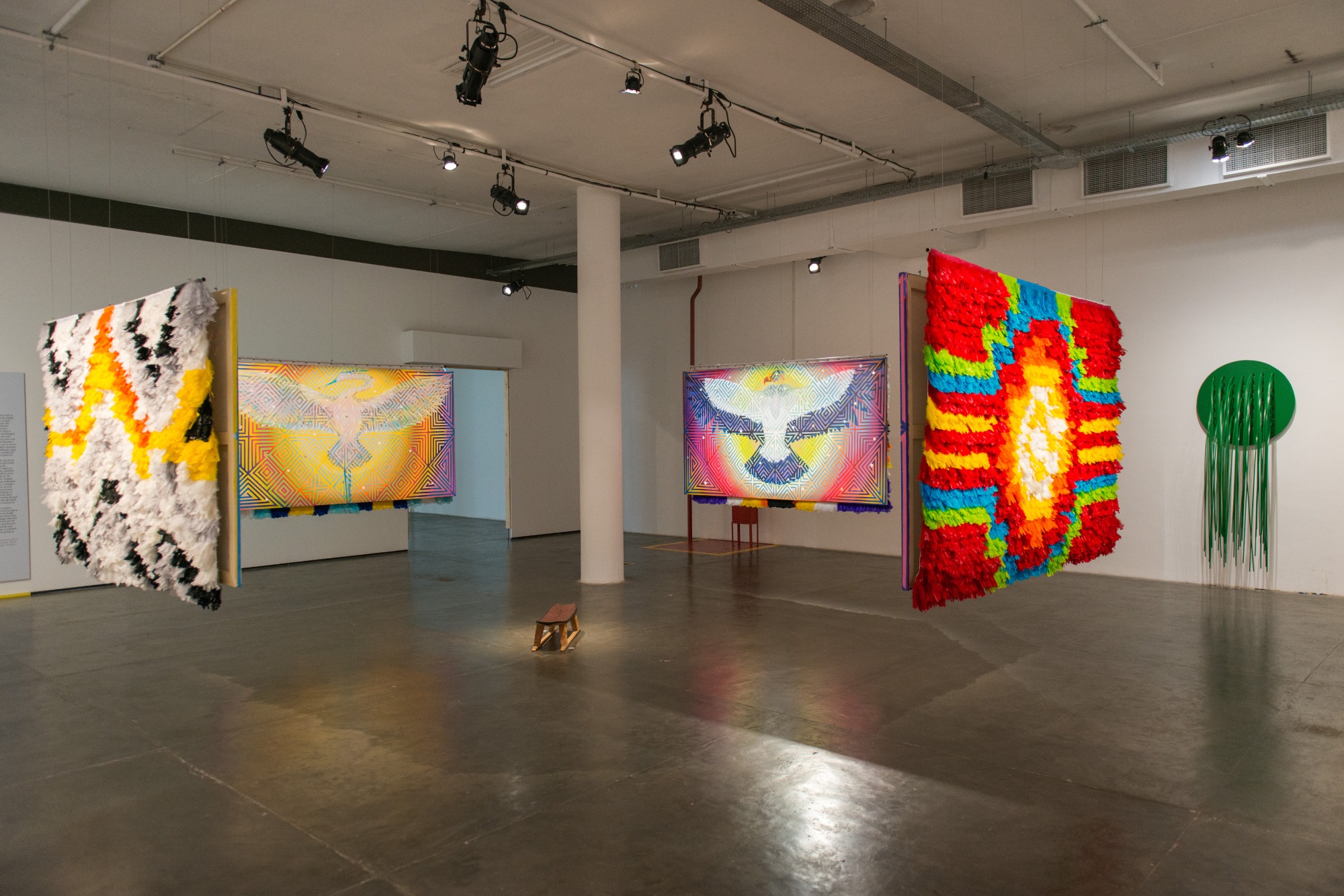 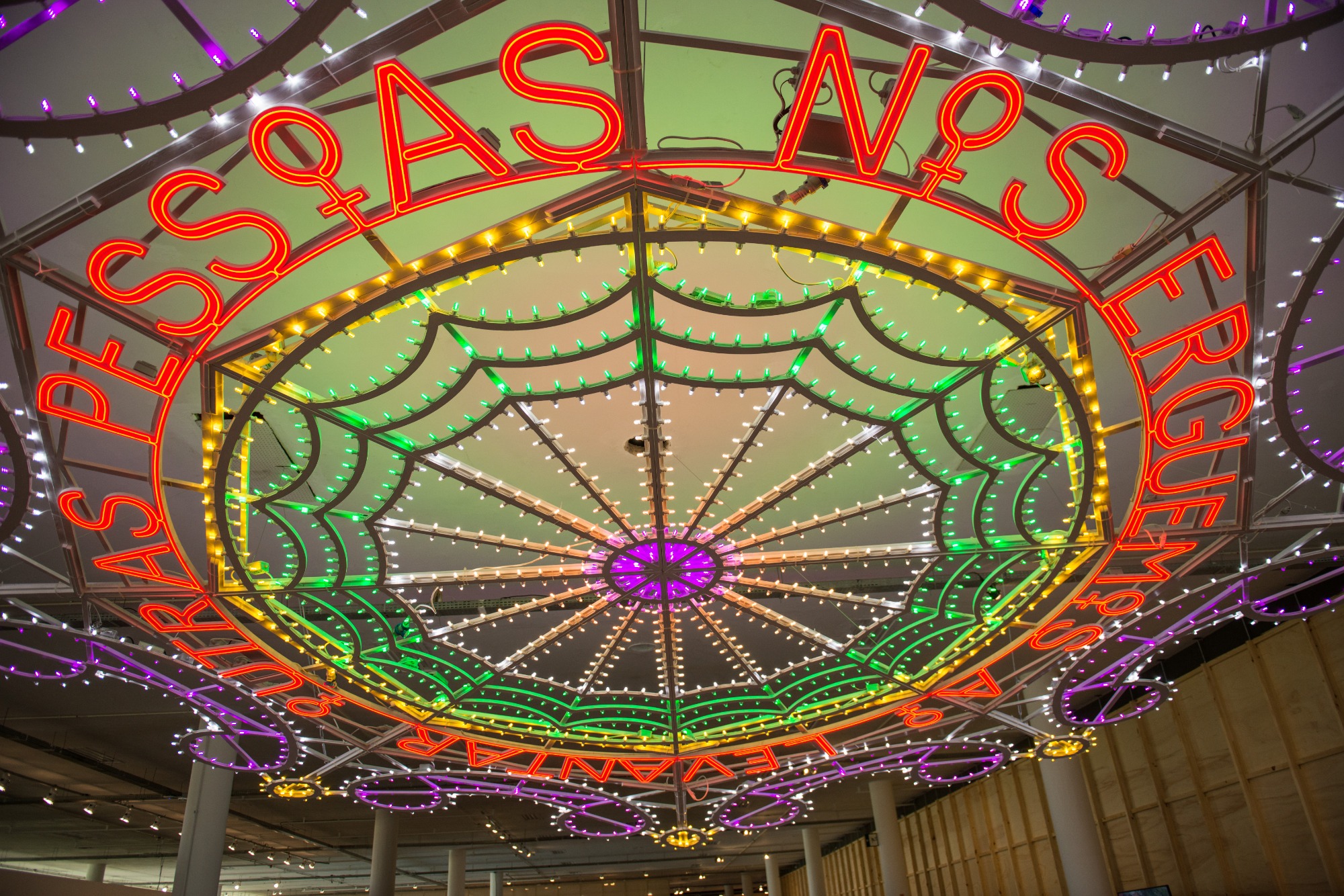 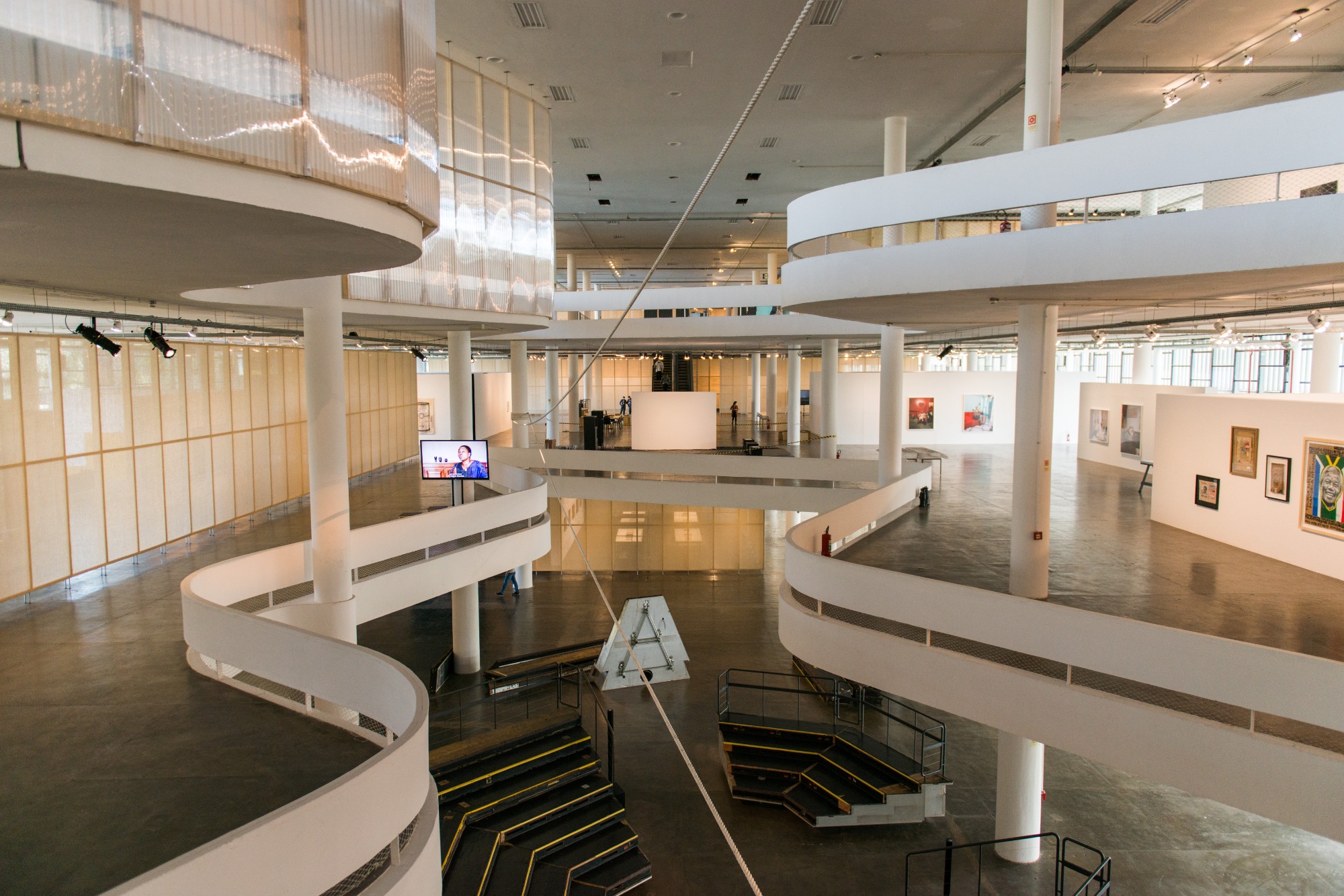 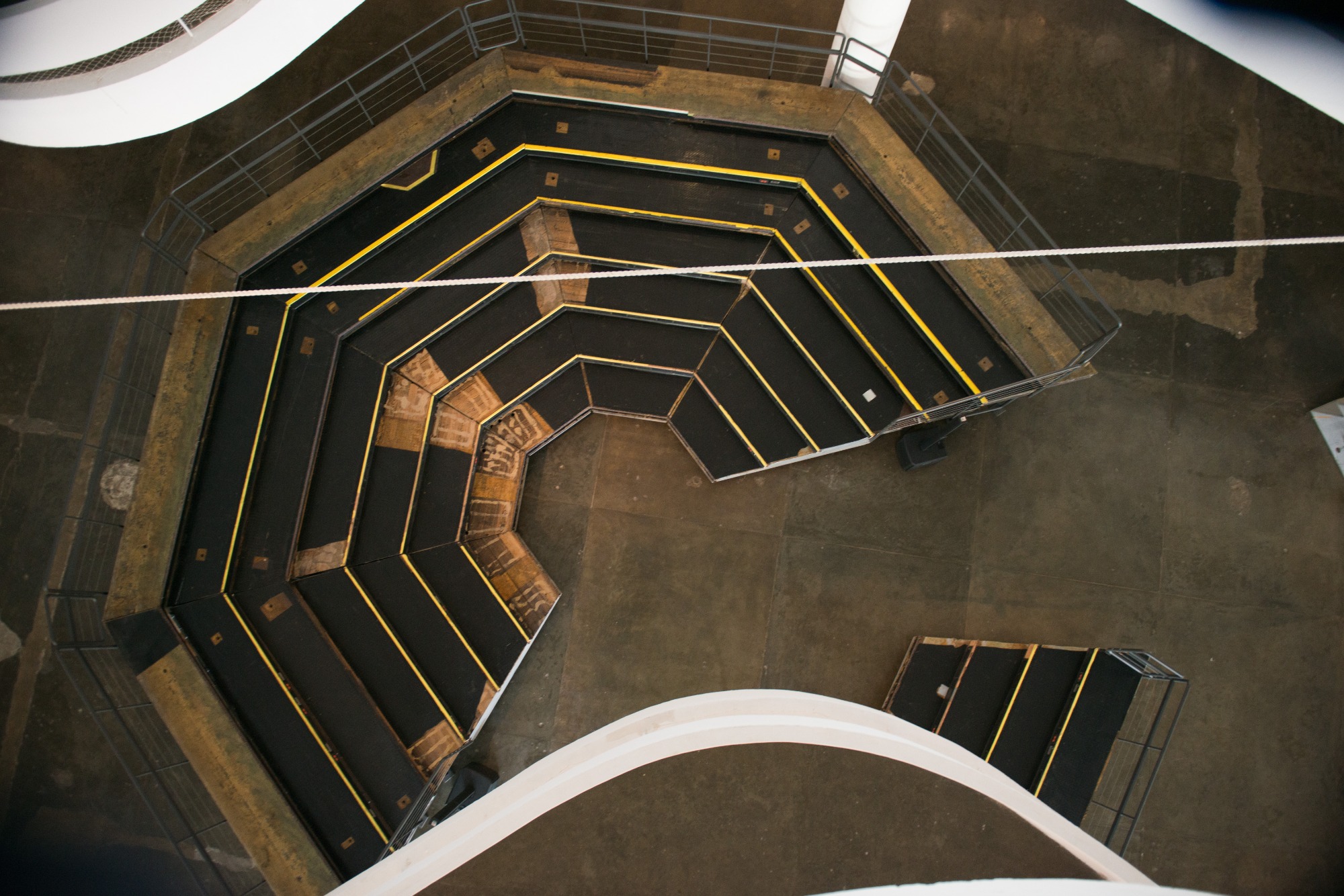 View of the 34th Bienal de São Paulo
© Levi Fanan / Fundação Bienal de São Paulo
Thinking about the work of art as something permeable to the relationships it establishes with its surroundings, rather than as something crystallized, the 34th Bienal was conceived to expand in space – extending through partnerships with 25 cultural institutions in the city – and in time – through solo shows and performances held in the Bienal Pavilion during the lead up to the event’s main group show. Due to the recent occurrences, the shows by Clara Ianni and Deana Lawson needed to be suspended and the performances of works by León Ferrari and Hélio Oiticica are being reconsidered. The ideas of the rehearsal and of the open rehearsal, central to the methodology used for the conception and construction of this Bienal, were put to the test throughout these months of work. The adjustments and changes, which are now being multiplied due to the Covid-19 pandemic, are an integral and relevant part of the process of insistence, transformation and fine tuning that has gone into the design of the 34th Bienal.


Though It's Dark, Still I Sing

The curatorial project of the 34th Bienal de São Paulo intends to expand the exhibition, multiplying the opportunities to encounter art and claiming, at the same time, the right to opacity of both artistic expressions and also identities of subjects and social groups.

The starting point for the curatorial project of the 34th Bienal de São Paulo was the desire to unfold the show, to activate each moment of its construction and to sharpen the vitality of an exhibition of this scale. Seeking to dialogue with the very large and very distinct publics that have been visiting the Bienal for decades, we proposed to expand this edition of the event in both space and time. Officially inaugurated on February 8, 2020, with a performance and a solo exhibition, the Bienal would continue with events held in partnership with several cultural institutions in the city and culminate in the large group exhibition to be held in this pavilion in December of that same year. In the new scenario imposed by the Covid-19 pandemic, various aspects of this choreography were modified, exhibitions and performances had to be canceled and the exhibition Wind was born, conveying the sense of distance and absence that still pervades our lives. A long year later, we still believe in the potential of an exhibition conceived to multiply the opportunities for an encounter between works and people, in which their singularities intersect and transform each other. This Bienal is certainly not the same it would have been a year ago. Some of the works will be clear, other opaque; some messages will be heard as screams, other as echoes. We do not have to understand everything, nor everyone; rather, the aim is to talk in our own language while knowing that there are things that other languages name and which we do not know how to express.

Searching for a language to delineate the force fields created by the combined presence of artworks from very different places and times, we proposed some objects, coupled with their stories, as statements: a bell that was rung at different moments of a story that is repeated; the images of the most portrayed man at a time when almost no one was portrayed; the embroideries that another man would not have made if not in a concealed way; letters which, to arrive to a child, had to get past jail bars and the eyes of censors; a set of objects that survived the same fire in different ways... These statements are scattered around the exhibition, suggesting a tone for the artworks around them to be read in, conveying the curatorship’s concerns and reflections, making them tangible. In this sense, they operate like the tuning fork that helps to tune a musical instrument, or the beginning of a song. In the curatorship of an exhibition, we also look for something like a tuning process, an adjustment that cannot be devoid of faults, accidents and detours, which the expanded time of the 34th Bienal allowed us.

Operating as the first of these statements, rather than as a theme, the title of the 34th Bienal de São Paulo, Faz escuro mas eu canto [Though it's dark, still I sing], is a line from a poem by Amazonian poet Thiago de Mello, published in 1965. Through this poetic phrase, we recognize the urgency of the problems that challenge life in the current world, while underscoring the need for art as a field of resistance, rupture and transformation. Since we found that line, the darkness that surrounds us has been thickening: from the fires of Amazonia that darkened the day to the mourning and lockdowns brought on by the pandemic, along with the political, social, environmental, and economic crises that were ongoing and are now deepening. Throughout these months of work, surrounded by collapses of every sort, we have repeatedly asked the question: what forms of art and ways of being in the world are currently possible and necessary? In dark times, what are the songs we need to listen to, and to sing?


Artists
in Though It's Dark, Still I Sing

Artists
in other exhibitions