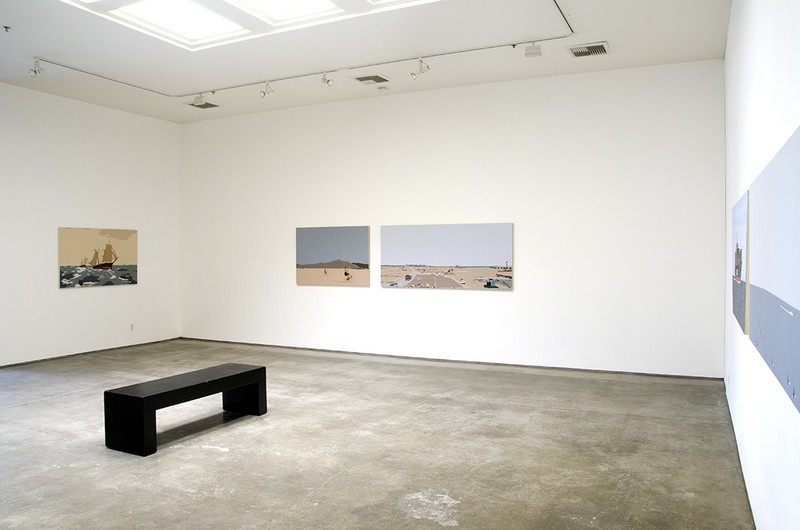 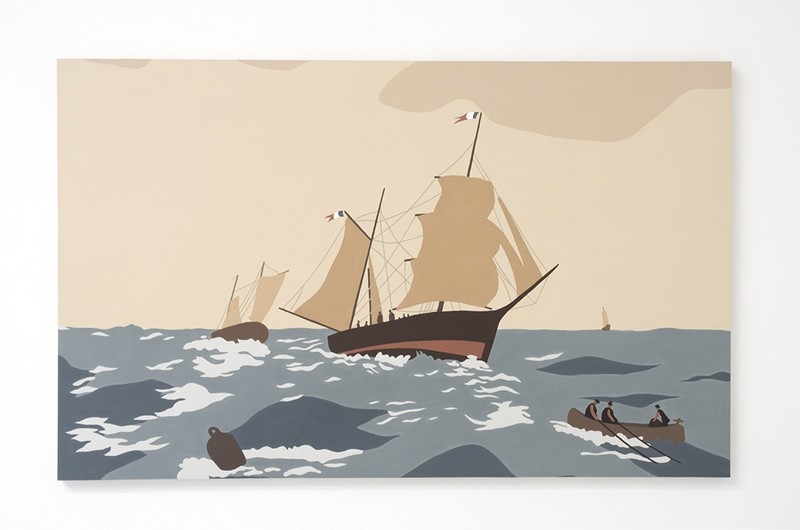 Christopher Grimes Gallery is pleased announce an exhibition of new work by Kota Ezawa. This will be Ezawa’s first exhibition with the gallery and his first gallery solo show in Los Angeles. Ezawa’s work references images in popular culture, cinema, television and art history. Through such media as digital animation, slide projections, paper cut-outs, watercolor, light boxes, and collage, he recontextualizes and distills these iconic images to their most essential forms, communicating the symbolic power they have on the collective psyche. For this exhibition Ezawa will present a series of paintings and silver gelatin prints derived from historical photographs and paintings that underscores a keen understanding of how images shape our experience and memory of events.