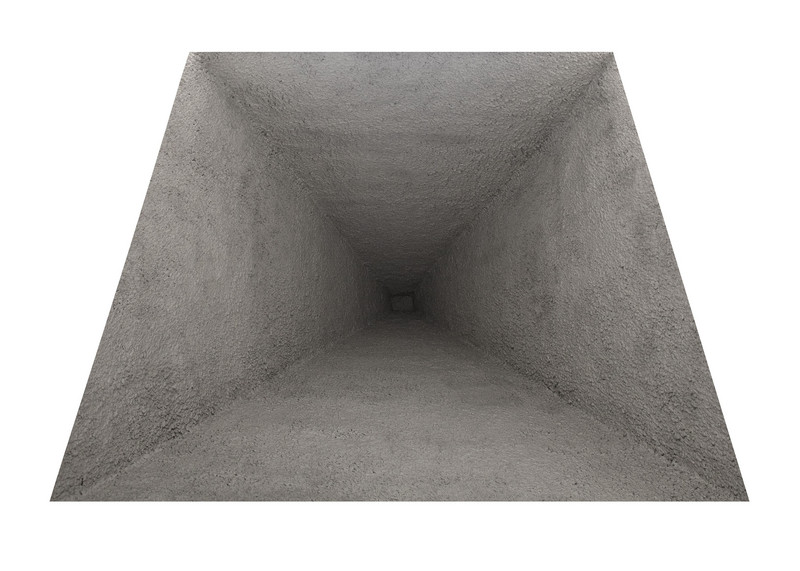 Santa Monica, March 2013 – Christopher Grimes Gallery is very pleased announce an exhibition of new work by Lucia Koch. This will be Koch’s first solo exhibition in the United States and her first with the gallery. Koch uses interventions, installations, videos and photographs to explore the means for effecting change in one’s experience of the environment. She often covers the façades, skylights and windows with translucent materials, filters, or laser-cut panels of patterned wood or metal, creating new layers between inside and outside. Her interest lies in generating altered states of place, where invisibility and interruption short circuit perception.

In imagining the opportunities architecture presents for art, Koch will build a site-specific installation, transforming the anatomy of the main gallery. Here, “architecture” is less the construction of an object than a strategy for occupying space. Also on view will be a video work and large-scale photographs of the interior of cardboard boxes, installed as virtual extensions of the environment. This series represents Koch’s ongoing engagement with understanding how a space is converted into place.

Koch (Porto Alegre, Brazil, 1966) lives and works in São Paulo. She has participated in the 11th Biennale de Lyon, France (2011), the 27th Bienal de São Paulo, Brazil (2006), the 2nd, 5th and 8th editions of the Mercosul Biennial in Porto Alegre, Brazil (1999, 2005 and 2011), and the 8th Istanbul Biennial, Istanbul, Turkey (2003). Her work has been included in such exhibitions as, Another Place, Museum of Modern Art of São Paulo, Brazil (2011), and When Lives Become Form, Yerba Buena Center for Arts, San Francisco, CA (2009) which was also on view at Contemporary Art Museum, Tokyo, Japan (2008). Her work is in the collections of such institutions as Pinacoteca do Estado de São Paulo, Brazil and Museu de Arte Moderna de São Paulo, Brazil, among others.
www.cgrimes.com