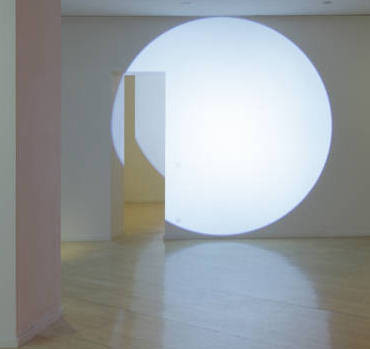 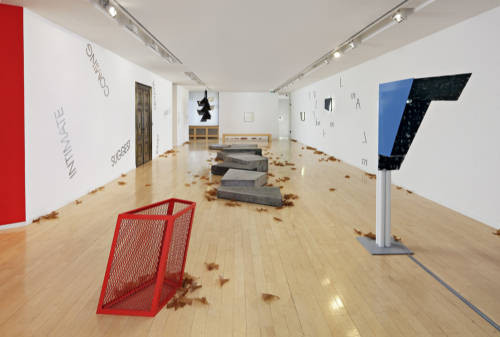 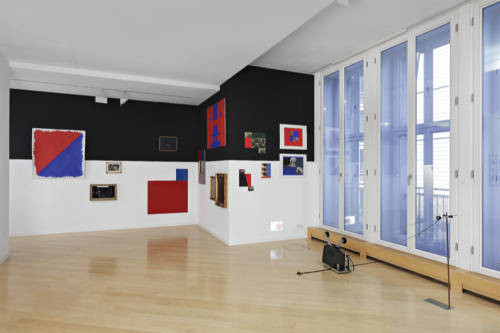 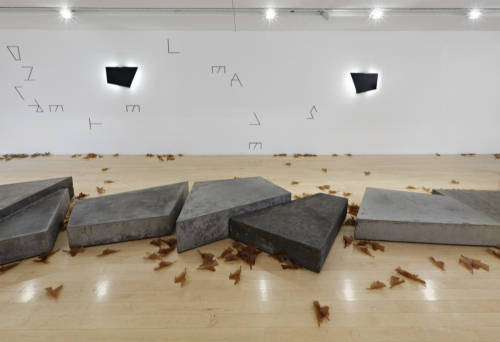 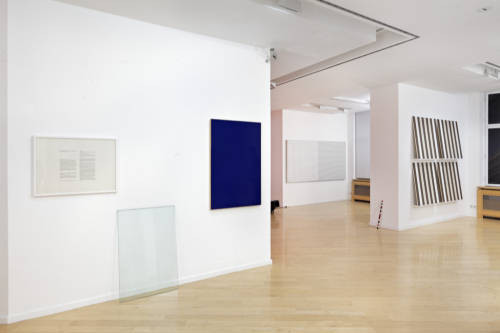 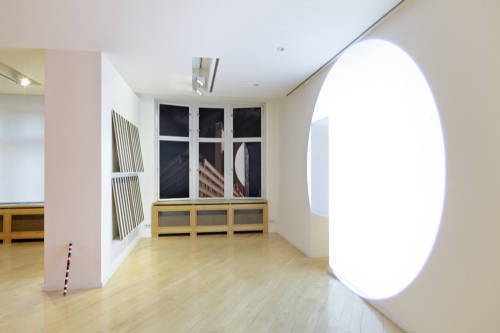 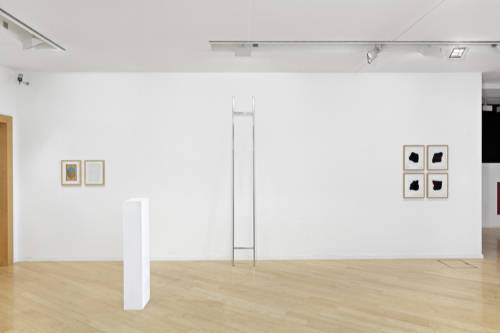 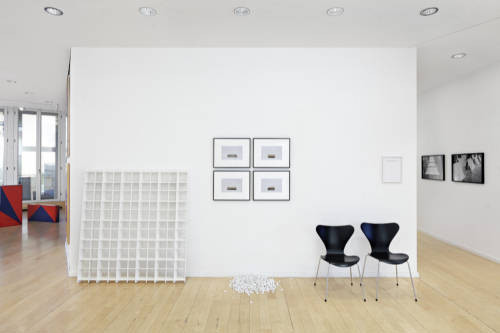 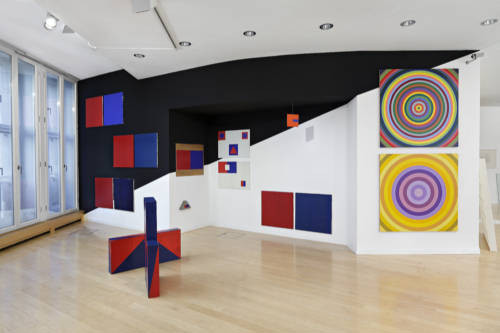 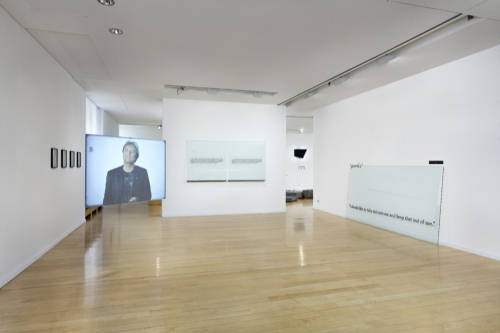 Based on the fundamentally new definitions of the idea of the artwork and of the role of the observer in Minimal Art and Zero avant-garde USA/Europe around 1960, Conceptual Art has developed as an independent artistic direction since the mid-1960s. On the formal level it is characterized by clearly defined, objective structures, coherent imagery systems and-in transcending classical painting and sculpture-the trend towards the dematerialization of the artwork. It examines the conditions of the creation of art, temporal and spatial structures, the congruence of theory and practice, the capability of involving the observer mentally and physically as well as the institutional framework conditions of the presentation and reception of art.

How the central ideas, criteria, theories and practices of artistic media of early American Conceptual Art were able to be expanded (and from today's perspective must be expanded) to a field of internationally working artists of the 1960s/'70s (South America, Asia, Russia), how these lines must continue to be drawn to the art of the present day, to the likes of such artists as Tatsuo Miyajima, Felix Gonzalez-Torres, Sophie Calle et al. was demonstrated impressively by Robert Osborne in his major Phaidon book "Conceptual Art" published in 2002. Tony Godfrey similarly follows the international interlinking of ideas, the contributions of early women artists in this field and in subsequent current positions in his book "Conceptual Art" published in 1998. Anne Rorimer examines the political motivations and those stemming from critique of ideology of Conceptual Art in her important book "New Art in the 60s and 70s: Redefining Reality" without exceeding her self-imposed timeframe.
"Conceptual Tendencies 1960s to today" combines current new acquisitions for the Daimler Art Collection with works from this context already in our collection as well as loan works by Ceal Floyer and Robert Barry. Artistic positions from the 1960s to the 1990s for example from Albert Mertz, Joseph Kosuth, Andre Cadere, Daniel Buren, Olivier Mosset, Arakawa or Dan Graham are juxtaposed with artistic statements from younger representatives such as Martin Boyce, Santiago Sierra, Jonathan Monk, Isabell Heimerdinger, Andreas Reiter Raabe or Lasse Schmidt Hansen. Some 80 works from 20 German and international artists are shown in the exhibition.

On the landscape of the focuses of the Daimler Art Collection-abstract avant-garde works from Classical Modernism via Concrete and Constructive Art, Zero and Minimal, Neo Geo to the present-examples of historic Conceptual Art represent a quasi-blind spot, for many reasons, with some notable exceptions (Arakawa, Barry, Burn, Cadere, Darboven, Mosset, Roehr, Walther). Only some of those are included in the exhibition but all are present in this catalogue. A corporate collection cannot and needs not strive for museum-like completeness. Nevertheless the aforementioned art-historical focuses are often limited by conceptual strategies, with the groups of works from Gernes, Mertz and Morellet being prime examples.

The intellectual and factual proximity of the works in the room allows the visitor to follow the fundamental moments of Conceptual Art mentioned at the outset: the emphasis of system and series, dematerialization and processuality, rationality/irrationality of the idea of the work, parameters of the artwork, involving the observer, art as language-language as art, the fringes of Concept and Minimal Art, media and techniques of conceptually reduced art.

The constellation of the works as one passes through the exhibition is essentially based on the concept of the intellectual differentiation of classical conceptual ideas and strategies up to the present. Some examples: the central theme in the work of Joseph Kosuth and Isabell Heimerdinger, which is the starting point in the first room, is the fundamental replicability-and the loss of meaning that entails-of the material used and the generation of meaning through linguistic moments as well as through cultural and intellectual contexts. Their works question and transcend (art-) institutional frameworks by referring to other fields of knowledge such as philosophy, film and psychology. The thinking and action spaces of Daniel Buren and Andreas Reiter Raabe in many ways transcend the boundaries of the classic notion of art and the studio. Both artists decline a strictly conceptual form idiom using processually designed series of works, and reflect situational and intellectual contexts. Also of relevance to both artists is the analysis of painting and photography as artistic media.

The tour through the exhibition ends with three Danish artists: Poul Gernes has recently been rediscovered as a wanderer of the boundaries of Concept/Minimal/Pop of the 1960s and '70s who combined these styles with a social revolutionary impetus. A comparable revisiting of the conceptual multimedia work of Albert Mertz that began to emerge in the late 1950s is still pending. Both artists were important role models for young Danish concept artist Lasse Schmidt Hansen, as is evident in his sculptural deconstructions of the norms, .systems and regulations of art and day-to-day life.

On the occasion of the exhibition “Conceptual Tendencies 1960s to today” French artist Michel Verjux devised an extraordinary in situ design for a centrally located high-rise façade in Potsdamer Platz. Starting on opening night October 6, a semi-circle of pure light illuminated the tower of the Daimler Financial Services building designed by Renzo Piano for five days – through October 10 – from sunset to dawn. With it Michel Verjux is represented both in the interior and the exterior space as part of the exhibition “Conceptual Tendencies” and in this way uses his reduced-poetic light installations to combine the institutional and the public space.

The former performance artist, poet, actor and philosopher Michel Verjux has been creating purist “exhibition signals” since 1980, using lighted areas or “éclairages” projected by halogen beams and staged in a wide variety of contexts. These signals manifest themselves as “light in action within a concrete situation, temporal and spatial, in front of the eyes of one or several spectators.”
www.art.daimler.com