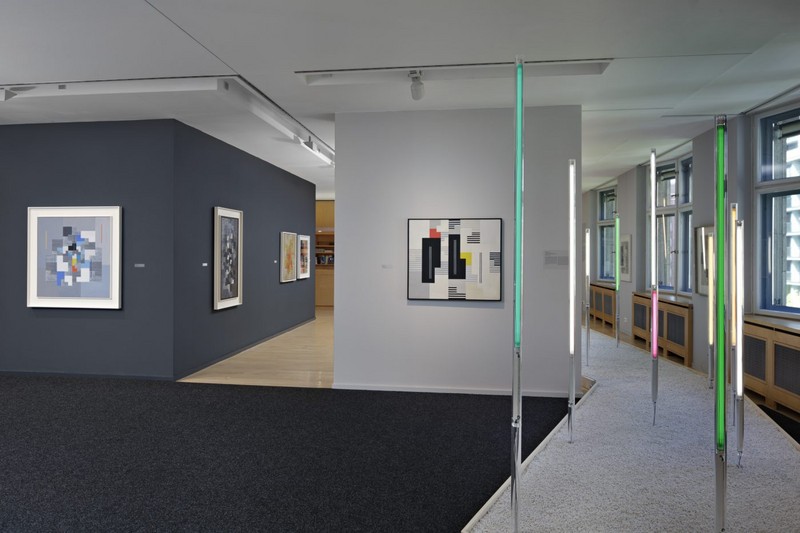 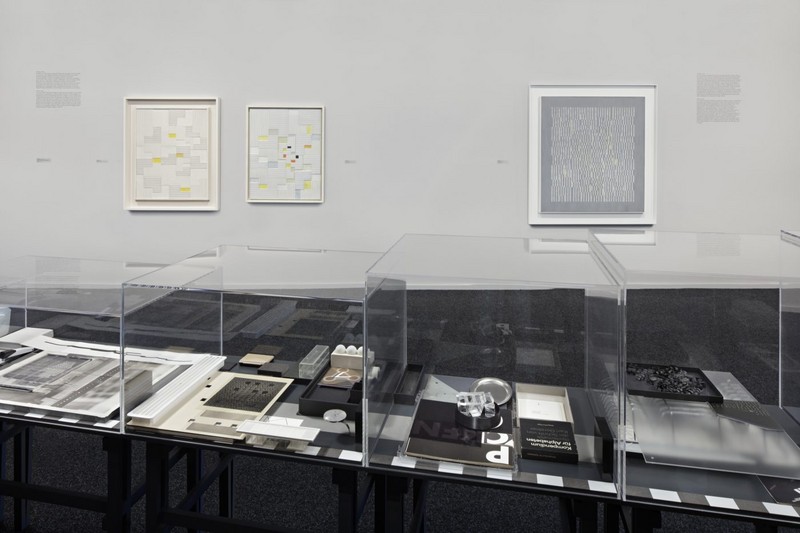 The Daimler Contemporary is simultaneously holding exhibitions by two artists who both have biographical roots in Esslingen in Baden-Württemberg, and are also known for artworks produced in the USA: Adolf Fleischmann and Dieter Blum. The Fleischmann Retrospective furthermore continues the >Classical : Modern< exhibition series, through which South German artists from the Daimler Art Collection since 2001 have been discussed in a broader, European art context.
For our Adolf Fleischmann (1892 – 1968) exhibition – the first Berlin retrospective of his work – we will be exhibiting around sixty paintings, collages and gouaches. The central focus is on his significant late work from his New York period. Dieter Blum (*1936, now living in Düsseldorf) was invited to a shoot for Marlboro in the USA in 1992. This resulted in a series comprising around sixty photos, only fragments of which have previously been exhibited; it was on the basis of this series of pictures that Blum became the most widely and internationally known photographer in this field.
In the context of the Adolf Fleischmann retrospective, we will also be presenting commissioned artworks, created for the Daimler Art Collection by Hartmut Böhm and Andreas Schmid.

We will be exhibiting Andreas Schmid’s light stelae installation in dialogue with Fleischmann’s artworks: the vibration of the colors in Fleischmann’s artworks finds an answering echo in the spatial-temporal movement of the colored lights in Schmid’s artwork. The artworks by Andreas Schmid are informed both by their locations and by the passage of time. The temporary spaces he creates allow their visitors’ external perception to segue into proprioception as they move through the rooms, discovering their transitory nature. Entering into a dialog with the positions taken by painters in the 1960s, Schmid modifies architectural, transitional rooms to become slowly changing drawings of light in space. A computer program modulates the coloring and intensity of the columns of light in a gentle rhythm. The drawings of light that Andreas Schmid creates in space thus open up another, separate space in which a patient observer will be able to observe the slow pulse of change – a space for visual exploration and Meditation.

Hartmut Böhm, who was born in Kassel in 1938, has been creating artworks at the interfaces between Concrete Art, minimal art and conceptual art for five decades now. Many of his sculptures and objects are characterized by the terms ‘seriality’, ‘relief’ and ‘progression’, which connects him with the oeuvre of Adolf Fleischmann. These are sculptural-aesthetic concepts whose differentiated scale systems oppose the disorder of the world, confronting it with an ethos in which the will is directed towards the disciplined finding of form, in a manner that is both intellectual and in harmony with the working materials. Hartmut Böhm first conceived the idea for his new group of artworks – the table piece group – in 2013. These are arrangements of found objects from the studio – drawing apparatus, working materials, working tools, adhesive tape rolls, index card boxes, invitation cards, and brochures – on simple tables, arrangements in which the individual object becomes part of a formally developed vocabulary, a visually composed Arrangement.
The artwork commissioned by the Daimler Art Collection, or-or, 2016, is a continuation of this series, and can be seen as a visual essay on the subject of his artistic oeuvre. Passing along this seven-meter-long display, the viewer passes through the vocabulary of Hartmut Böhm’s intellectual landscape. This artwork, which contains a wide range of material from the realms of typographical objects, of artists’ materials, and of selected objects from the studio, can be read in a number of different ways. The artist himself has offered the following terms for the consideration of anyone attempting to read the piece: matrix and metaphor, emptiness and volume, overlayering and penetration, system and syntax, form and structure.
www.art.daimler.com