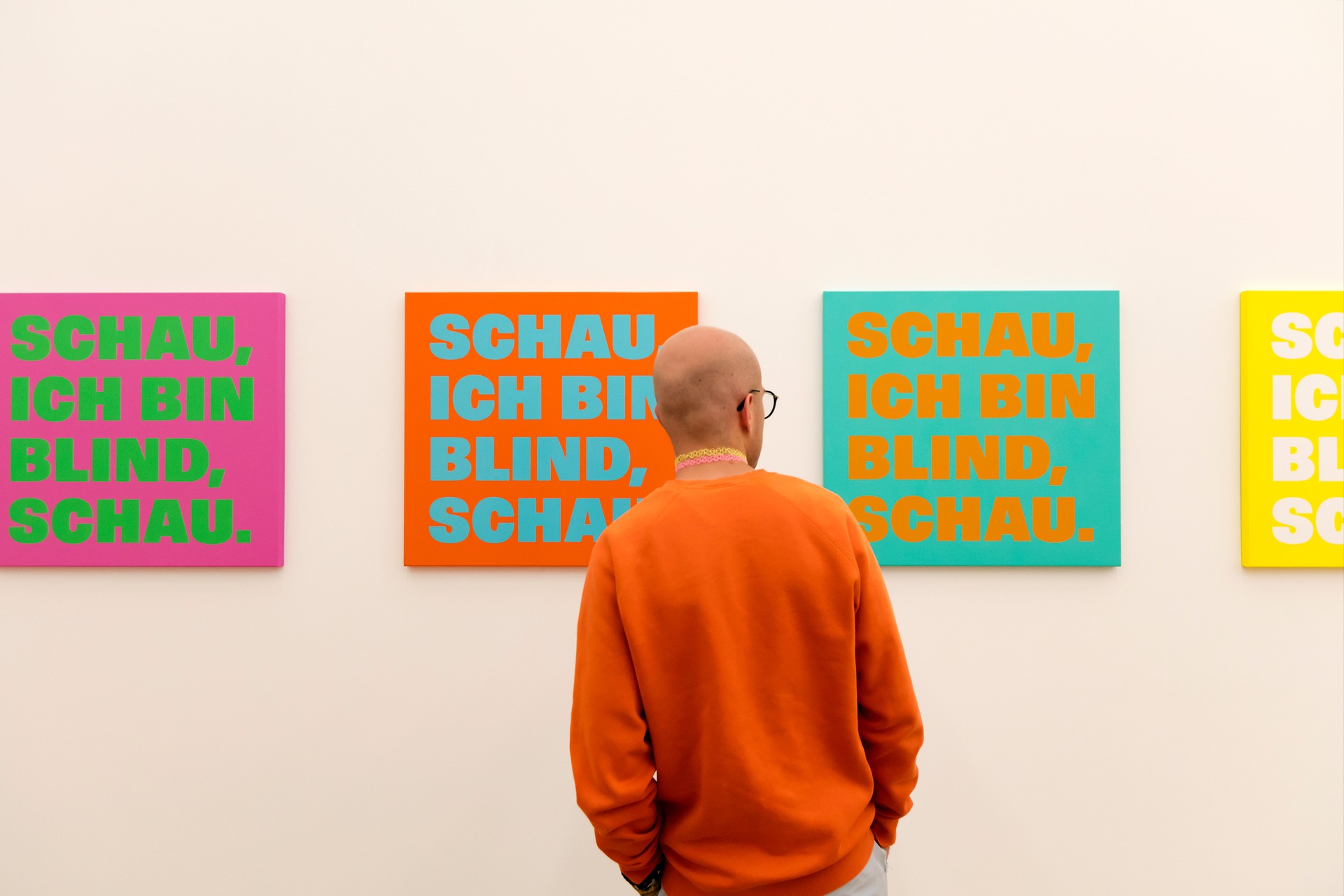 Attentive observers of the arts and political scenes in the Basel region are familiar with the name of Hans Furer, a lawyer and politician who lives in Bottmingen. In 1993, he played a leading role in ensuring that Serra’s sculpture Intersection—derided by some as a “rust heap”—stayed on Theaterplatz, a square in the heart of the city.

The avid painter and art enthusiast and his wife Monika run the Hans and Monika Furer-Brunner Foundation, which now holds twenty-four eminent works by Rémy Zaugg (1943–2005). To celebrate the donation of these works to the Kunstmuseum Basel, the museum mounts an exhibition dedicated to Hans and Monika Furer-Brunner’s collection. Showcasing Zaugg’s art, it presents his pictures in dialogue with works by John Baldessari, Pia Fries, Ian Hamilton Finlay, On Kawara, Robert Mapplethorpe, Thomas Ruff, Andy Warhol, Lawrence Weiner, Sol LeWitt, and others.

Widely regarded as a preeminent Swiss artist of the twentieth century, Rémy Zaugg sought to investigate language and perception as media that could serve to activate the beholder. A native of the French-speaking Jura region of Switzerland, he staunchly believed that painting was a kind of foundational research for “applied” projects, be it in architecture, urban planning, or exhibition design.
www.kunstmuseumbasel.ch