The Art Of The First Globalisation 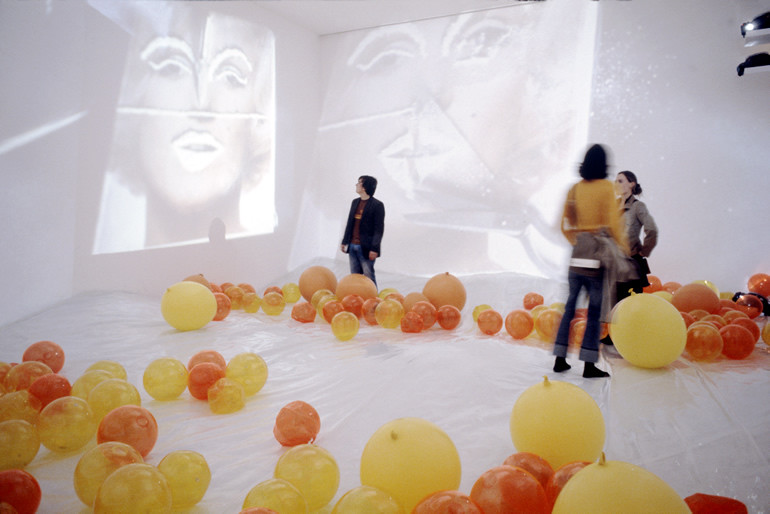 As part of the exhibition Critical Episodes (1957-2011). MACBA Collection, Level 1 of the Museum presents two new episodes of the MACBA Collection. On the sixties, the world was configuring itself as a global system in almost every sense: transport, the media and capital broke free from national spheres, and this process favoured new forms of life. Many of those working in the field of artistic practices understood that art could not ignore the social and political changes that were brewing. This episode entitled The Art of the First Globalisation offers a first snapshot of that new historical world order through the works of artists such as Marcel Broodthaers, Öyvind Fahlström, Hans Haacke, Miralda and Hélio Oiticica.
Read more
In 1965, Hans Haacke used art to explain physical processes like the condensation and evaporation of water, in works such as Condensation Cube, which is significant in this regard. It was a period in which the art community assimilated a fundamental concept from the field of biology: the idea of the system, which made it possible to rethink the circuits of art. Hans Haacke went from documenting the physical circumstances in which an artwork is produced to documenting the social and economic circumstances that surround art. In doing so, he originated the artistic practice known as ‘institutional critique’.

But art was not the only field to adopt the notion of the system – during this time, the entire world organised itself into a global system, opening up a fertile path for journalist-artists, sociologist-artists and poet-artists who gradually built up an ‘art of the first globalisation’. In 1962, Öyvind Fahlström invented ‘variable painting’, in which magnetic elements attached to a metal ground could be reconfigured in any way. By the mid-sixties, Fahlström had created the pools in which variability was transferred from a vertical to a horizontal position. The Little General (Pinball Machine) (1967–68) is the largest and most important of these pools. One of the major poet-artists was Marcel Broodthaers, who was among the first to point out that the institutions that host art must also be overhauled in the new world order. The Belgian artist believed that the ‘fictional structure’ of the museum was linked to a time that had run its course.
At this new moment in history, the media play a crucial role: they tell us how to live and how to think. The exhibition revises some of the gender patterns generated by the media through works by Dorothée Selz, Eugènia Balcells and Sanja Ivekovic ́. It also includes the installation by Gerhard Richter, who shared a similarly critical approach to gender. 48 Portraits consists of an all-male pantheon of illustrious figures taken from encyclopaedias, which Richter painted in 1972. He then photographed the painted portraits years later, in 1998.

In the context of this first globalisation, the installations by Miralda and Hélio Oiticica already revealed some of the paradoxes and violence inherent to it. In Santa Comida/Holy Food (1984–89), Miralda documents the process by which African ancestral beliefs became commodities. Focusing on a basic activity – eating – and the imaginary to which it gives rise, the work stages the way in which African beliefs in the Caribbean were incorporated into Latin American popular cultures. Cosmococa, a later installation by Hélio Oiticica and Neville Almeida, uses projections, sound, instructions and drawings made out of cocaine to show how the new planetary flows are not just an external phenomenon, but also an inner one. In a playful, festive installation, cocaine becomes a metaphor for global traffic. We are witnessing a metabolised globalisation.
www.macba.es