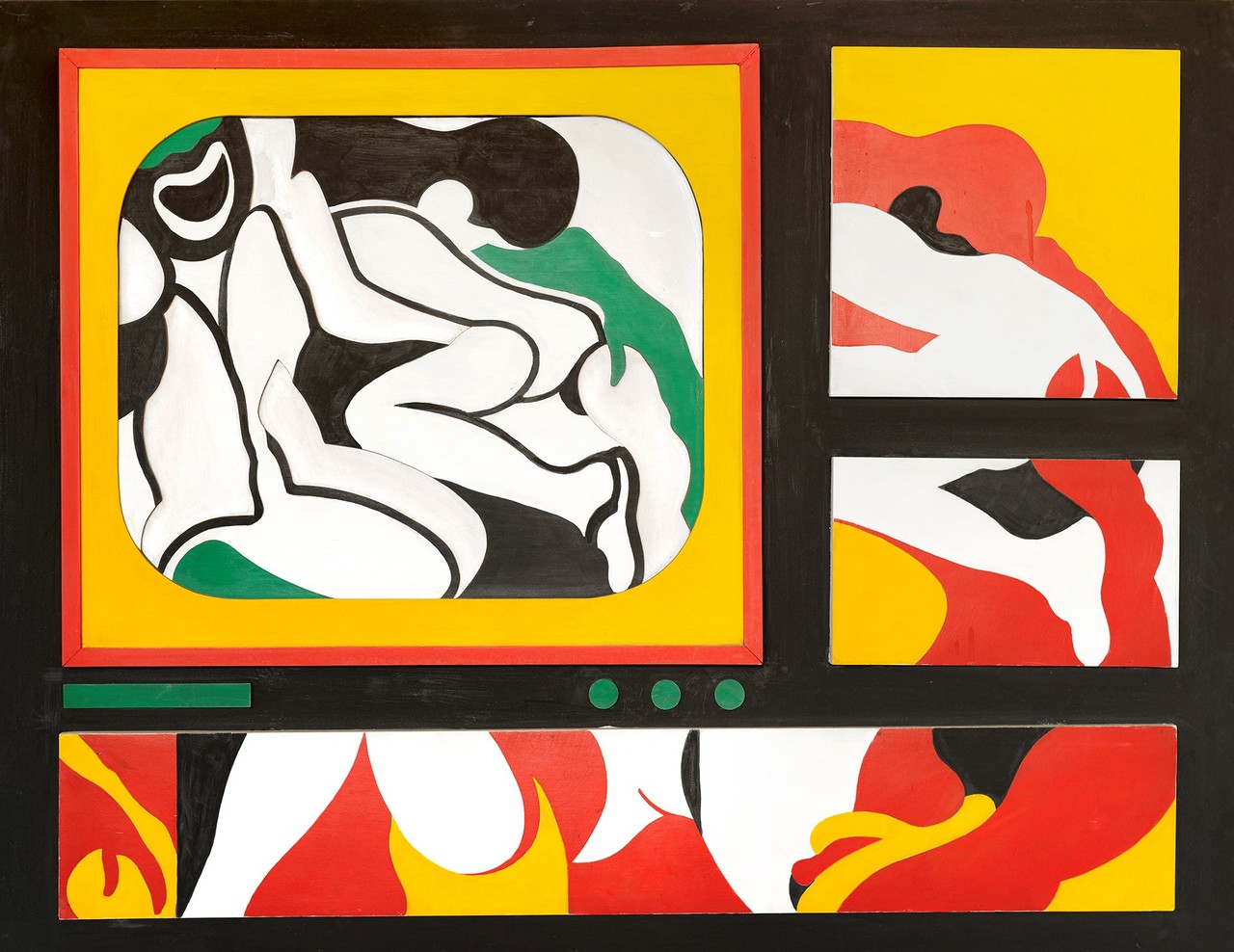 MASP PRESENTS A RETROSPECTIVE OF TERESINHA SOARES, A PIONEER IN THE THEMATICS OF FEMALE SEXUALITY
Inaugurating a thematic axis about sexuality, to include a vast programming of exhibitions, starting on April 27 MASP is presenting the exhibition Quem tem medo de Teresinha Soares? [Who’s Afraid of Teresinha Soares?], with more than 50 artworks by Teresinha Soares (Araxá, Minas Gerais, Brazil, 1927), from her intensely productive period spanning from 1965 to 1976. This will be the first extensive overview of Soares’s production ever held in a museum, in Brazil or abroad, and will also be her first large solo show in more than 40 years. The title of the show alludes to the celebrated play Who’s Afraid of Virginia Woolf? by Edward Albee, and refers to the behavioral taboos that the work of Teresinha Soares confronts by being counterposed to the machismo of both society and the art world.

Quem tem medo de Teresinha Soares? will occupy the museum’s 2nd sublevel with paintings, drawings, prints, box-objects, reliefs and installations, as well as photographic documentation about the artist’s pioneering happenings and performances. The show will shed light on the little-known production of one of the most questioning and controversial Brazilian artists of the 1960s, who in that period was widely reported in the mass media. A powerful and emancipated personality, a writer and defender of women’s rights, Soares rounds out her biography by being the first woman ever elected to the city council of the city of her birth, as well as a beauty pageant winner, a public worker and a professor.

A pioneering artist in regard to the treatment of themes of gender, such as female sexual liberation, violence against women, motherhood and prostitution, Soares also made works that dealt with political issues, as in the series of paintings Vietnã [Vietnam] (1968), in which she presents an original and irreverent approach to the theme. The representation of the body is one of the most recurrent motifs in the artist’s oeuvre, encompassing a range of aspects spanning from eroticism and sex to birth, death, and the relationship with nature.

In the work Eurótica [Eurotic] (1970), consisting of an album of silkscreen prints made based on line drawings and printed on differently colored sheets of paper, a variety of sexual positions is configured on the basis of combinations of bodies and different libidinous interactions. Based on those erotic drawings, Soares developed Corpo a corpo in cor-pus meus [Body to Body in Colour-Pus of Mine] (1971), her first large installation, which represents a milestone in her career. Open to participation by the spectator, this artwork is composed of four modules of different heights, made of white-painted wood, like a raised stage in a sinuous shape that occupies 24 square meters of space. On opening day, a performance will be held to inaugurate the work, just like the one Soares carried out in the Grand Salon of the Museu de Arte da Pampulha, in 1970, with the participation of dancers and the narration of a text recorded by her.

Although it is possible to relate Soare’s work with some trends from the 1960s, such as global pop art, nouveau réalisme and the Brazilian new-objectivity movement, the artist always resorted to an artistic language that was both spontaneous and personal. Even today, her work is little-known to the Brazilian public at large, despite that Soares participated actively in the art circuit for ten years, holding exhibitions in galleries, salons and biennials. Currently, she has been increasingly participating in international exhibitions that contextualize her in the ambit of the new figuration movement of the 1960s, as well as in political art: The EY Exhibition: The World Goes Pop (Tate Modern, London, 2015), Arte Vida (Rio de Janeiro, 2014) and Radical Women: Latin American Art, 1960–1985 (Hammer Museum, Los Angeles, 2017).

For the exhibition’s curator Rodrigo Moura, “today, as her work is beginning to garner more recognition both in Brazil and abroad, an exhibition that takes a close look at her career and analyzes the evolution of her artistic language contributes not only to this recognition, but also toward understanding the mechanisms and the methodologies that informed a feminist practice in the Brazilian context of that period.” Adriano Pedrosa, MASP’s artistic director, comments on the show’s relevance: “it is a privilege for MASP to present the first general overview of the artist’s oeuvre. The museum thus fulfills a crucial role: that of presenting to the public at large a work which should be considered and reinscribed in the recent history of Brazilian art.”

Quem tem medo de Teresinha Soares? is being held in the context of the museum’s programming for 2017 dedicated to the thematics of sexuality. Around the show Histórias da sexualidade [Histories of Sexuality] which will feature artworks from different periods and collections, there will also be a number of monographic exhibitions by Brazilian and international artists whose works raise questions about corporeality, desire, sensuality, eroticism, feminism, questions of gender, and other issues. This exhibition by Teresinha Soares, will be followed by solo shows featuring the work, respectively, of Wanda Pimentel, Henri de Toulouse-Lautrec, Miguel Rio Branco, Guerrilla Girls, Pedro Correia de Araújo and Tunga.
masp.art.br