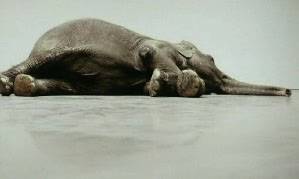 In his most well-known works, Scottish artist Douglas Gordon (b. 1966) addresses the familiarity and popularity of moving pictures by manipulating, reframing, and superimposing them to alter viewers’ perceptions. His works provoke feelings of anxiety, recognition, and amnesia with respect to the circumstances of the reception of media today. This retrospective of Gordon’s work presents thirteen significant works by the artist, including 24 Hour Psycho (1993), Between Darkness and Light (After William Blake) (1997), and Play Dead; Real Time (2003). By forcing new encounters with the familiar and confrontations with the willfully forgotten, Gordon exposes the distance between our dimmed, distorted memories and, perhaps, the truth—emphatically demonstrating that what he sculpts is not only media but time itself.

Organized by Klaus Biesenbach, Curator, Department of Film and Media, The Museum of Modern Art.