Natascha Sadr Haghighian. passing one loop into another 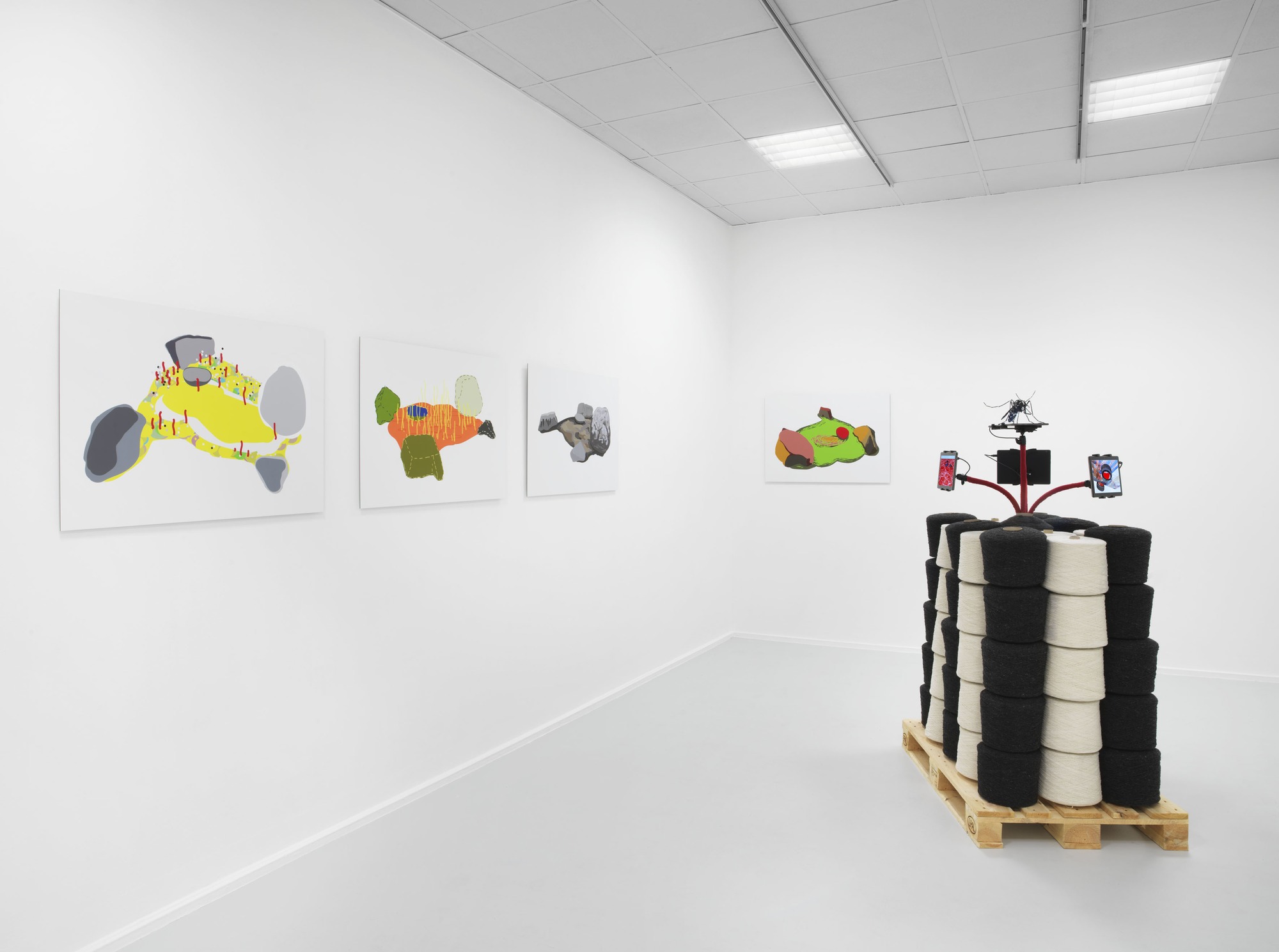 Natascha Sadr Haghighian. passing one loop into another, exhibition view Neuer Berliner Kunstverein, 2020, photo: Jens Ziehe. Works in the picture: study group (since 2020) from the group of works Beyond Repair (since 2019), digital drawings, archival pigment print on Canson Photographique; passing one loop into another (2017), EUR-pallet, spools of thread, fleece, tablets with mounts, insect model, animation loops 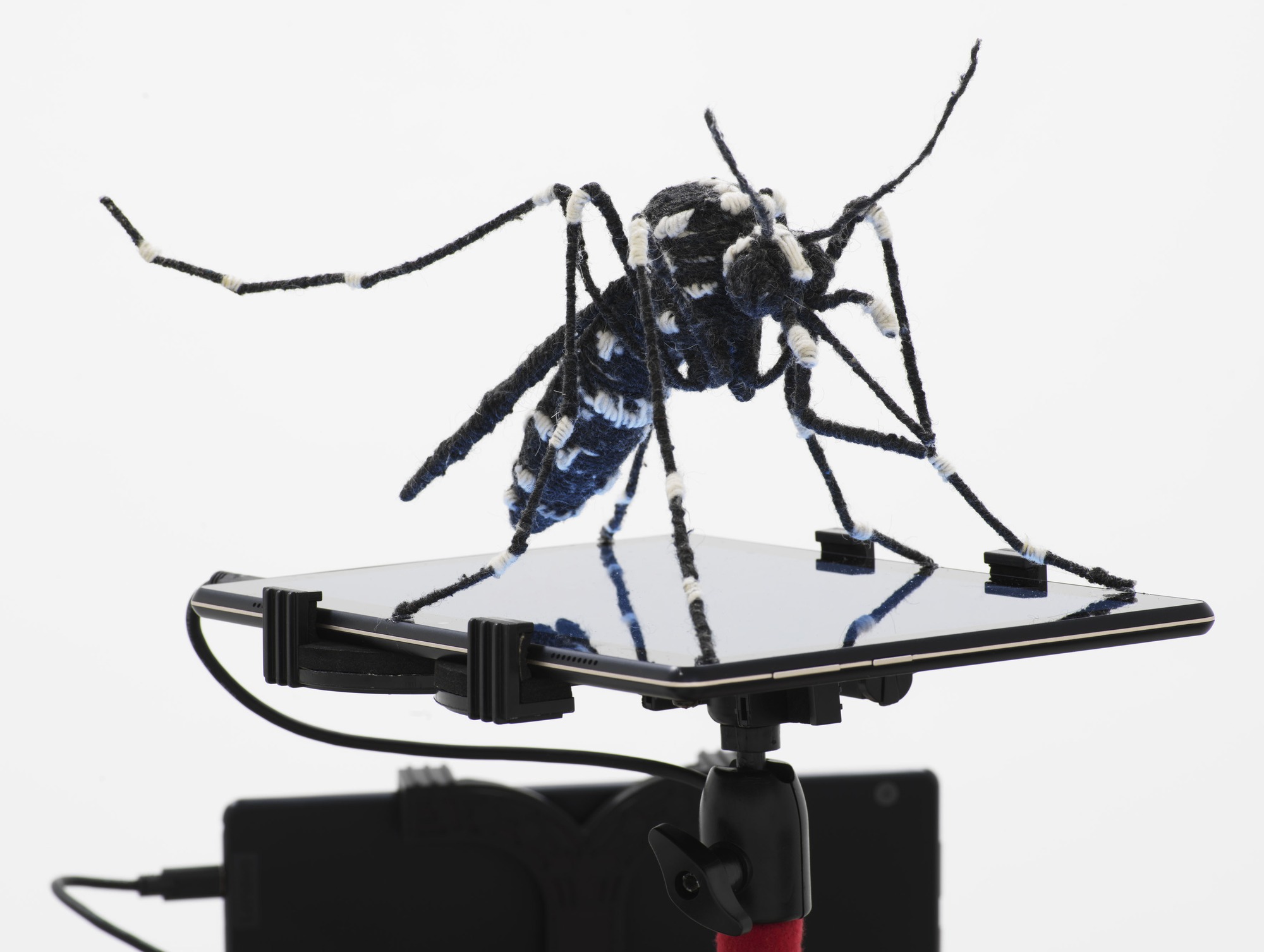 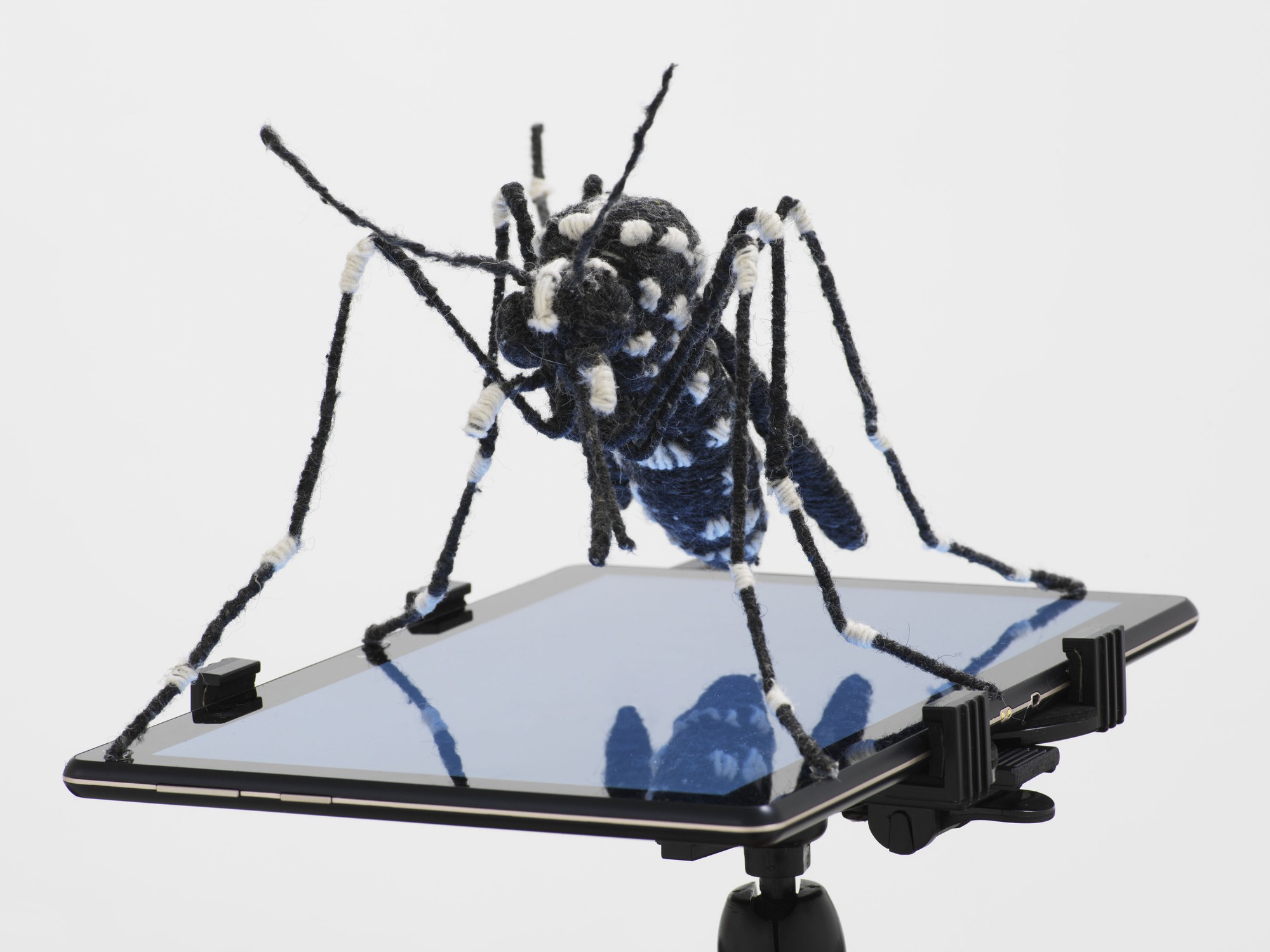 Natascha Sadr Haghighian. passing one loop into another, exhibition view Neuer Berliner Kunstverein (detail), 2020, photo: Jens Ziehe
Natascha Sadr Haghighian develops installations, video and audio works, as well as performative interventions which reveal the infrastructures and conditions of our social order. Taking current and historical events as a point of departure, the artist addresses how our scope of action, structure of the gaze, and ultimately our thinking are formed. She shows the complex interdependencies and the mutual interpenetration of technology, politics, systems of value creation, and the biological, and calls into question our anthropocentric self-understanding.

In 2020 Sadr Haghighian was honored by the State of Berlin with the Hannah Höch Advancement Award for outstanding artistic achievements by mid-career artists. On the occasion of her award, the artist is presenting a series of works in the Showroom of Neuer Berliner Kunstverein (n.b.k.) in which diverse thematic strands are interwoven in the figure of an animal. The central installation, passing one loop into another (2017) focuses on the Asian tiger mosquito. Originating in the subtropical regions of Southeast Asia, the insect was discovered to be a carrier of pathogens and diseases such as the Zika virus. The tiger mosquito was first sighted in Italy in the early 1990s, a time marked by increasing global warming as well as the ratification of the General Agreement on Tariffs and Trade (GATT) on the deregulation of world trade. To protect themselves from the mosquito, the Italians developed a novel alliance with the native Pippistrellus, a microbat that feeds on insects. The installation shows a larger-than-life model of the tiger mosquito enthroned above a pallet loaded with industrial yarn reels. The yarn comes from the town of Prato, northwest of Florence, a center of the globalized textile industry. Above the insect, resound echolocation hunting calls by the nocturnal pipistrelli, lowered to frequencies audible to humans.

The title, passing one loop into another represents an instructional step for making string figures, a cultural technique used worldwide, in which a looped string is linked with the hands via several, algorithmically describable intermediate steps to form an image or geometric figure.

Natascha Sadr Haghighian represented Germany at the Venice Biennale 2019 and participated in both Documenta 13 (2012) and Documenta 14 (2017). On the occasion of the exhibition at n.b.k., an extensive catalogue will be published by Verlag der Buchhandlung Walther König, Cologne.