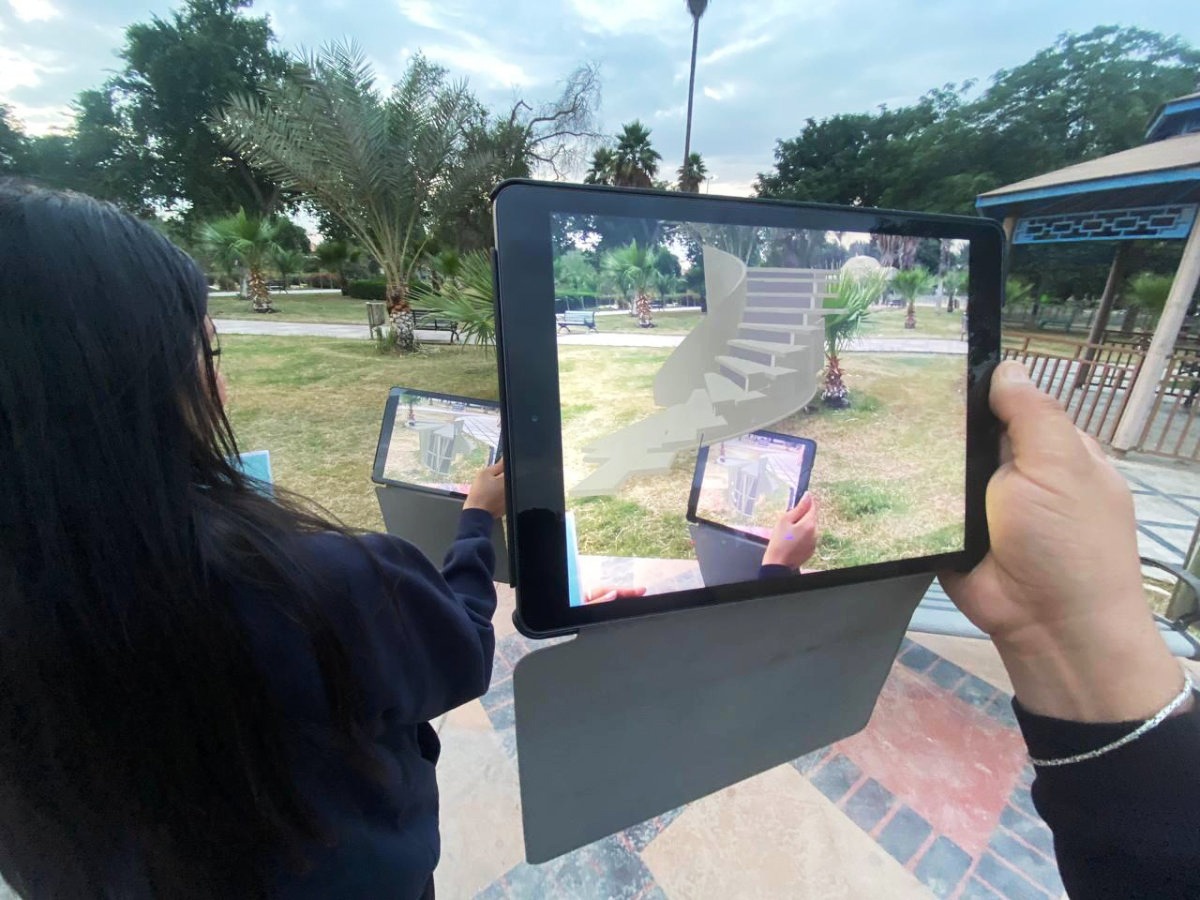 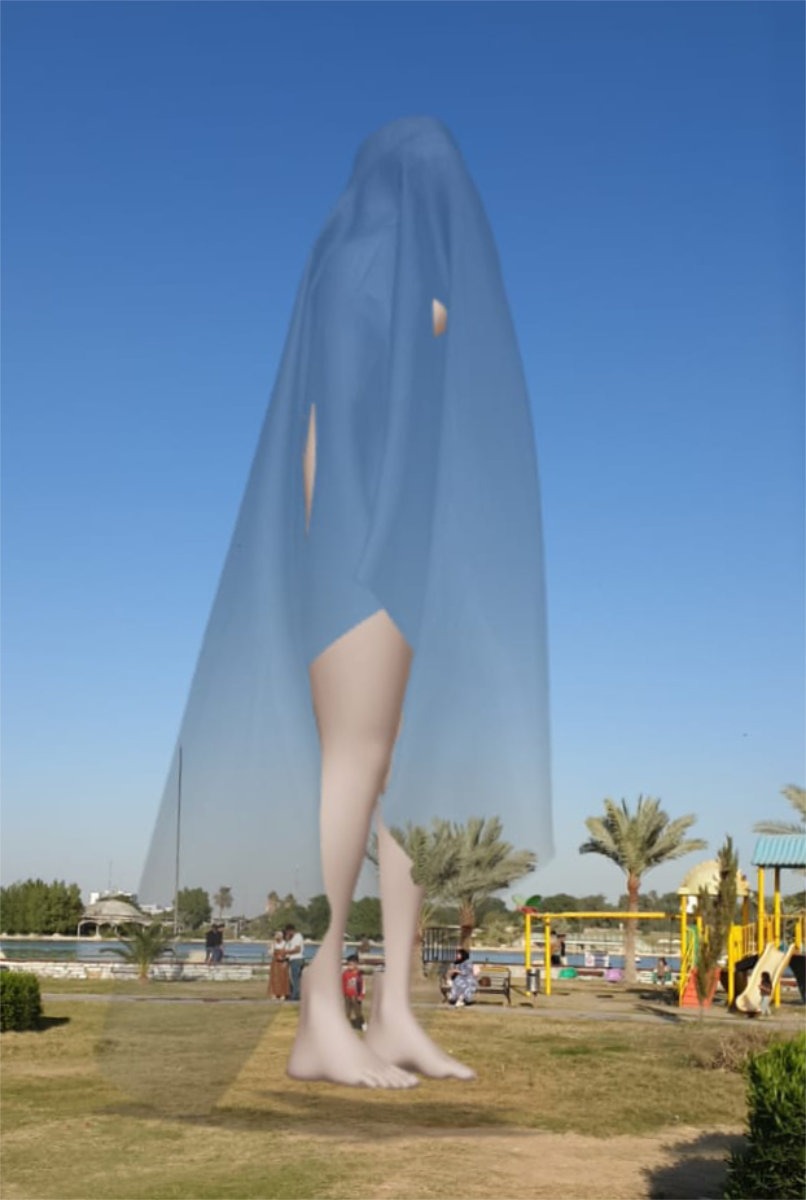 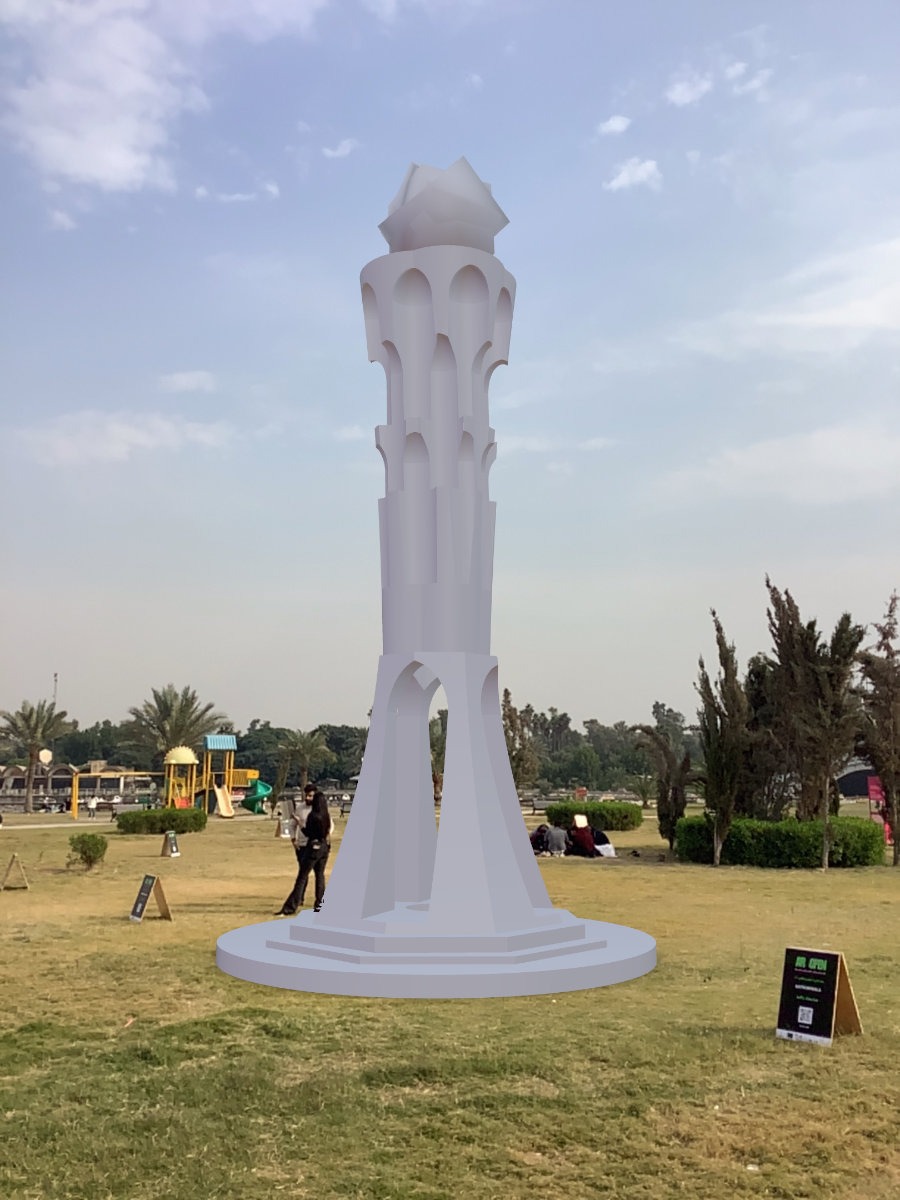 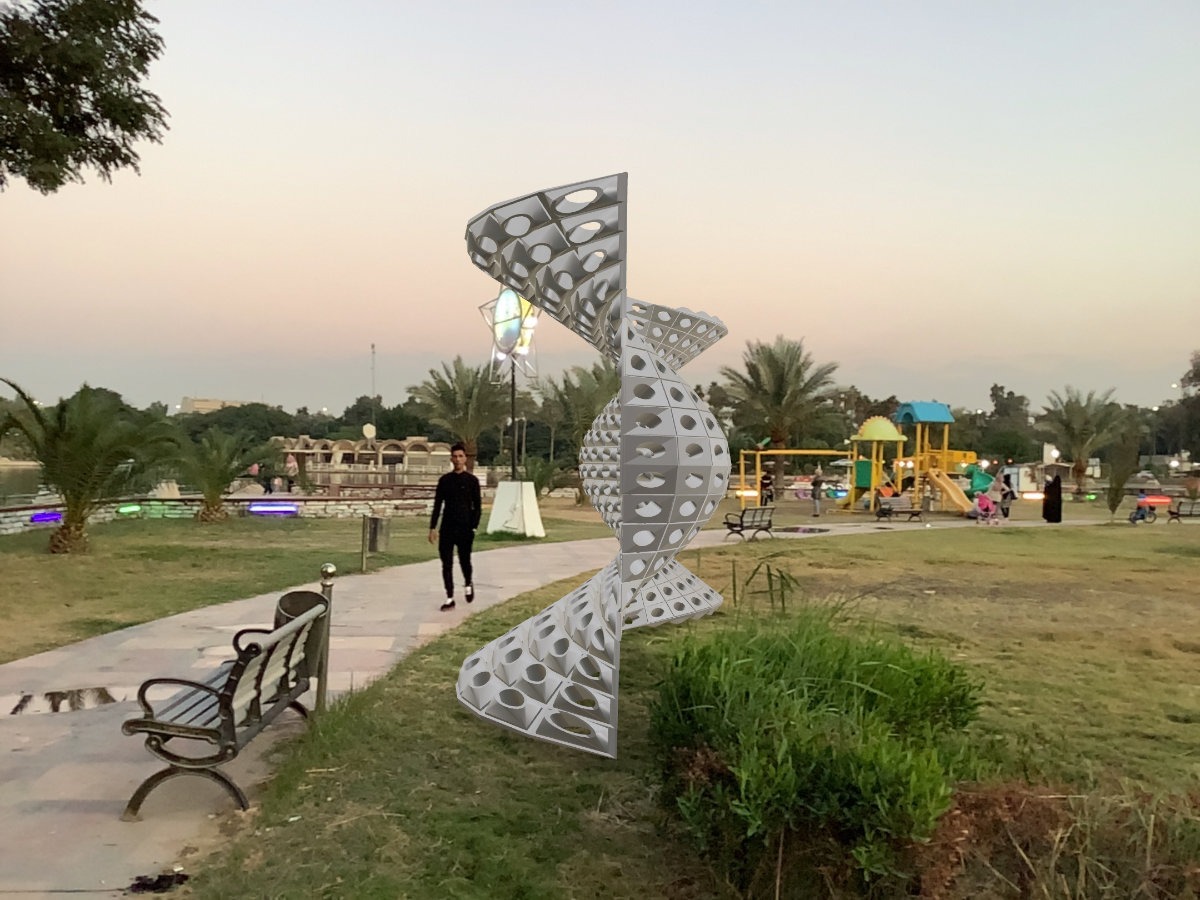 Yousif Wameedh, The Pavilion of Life, 2021 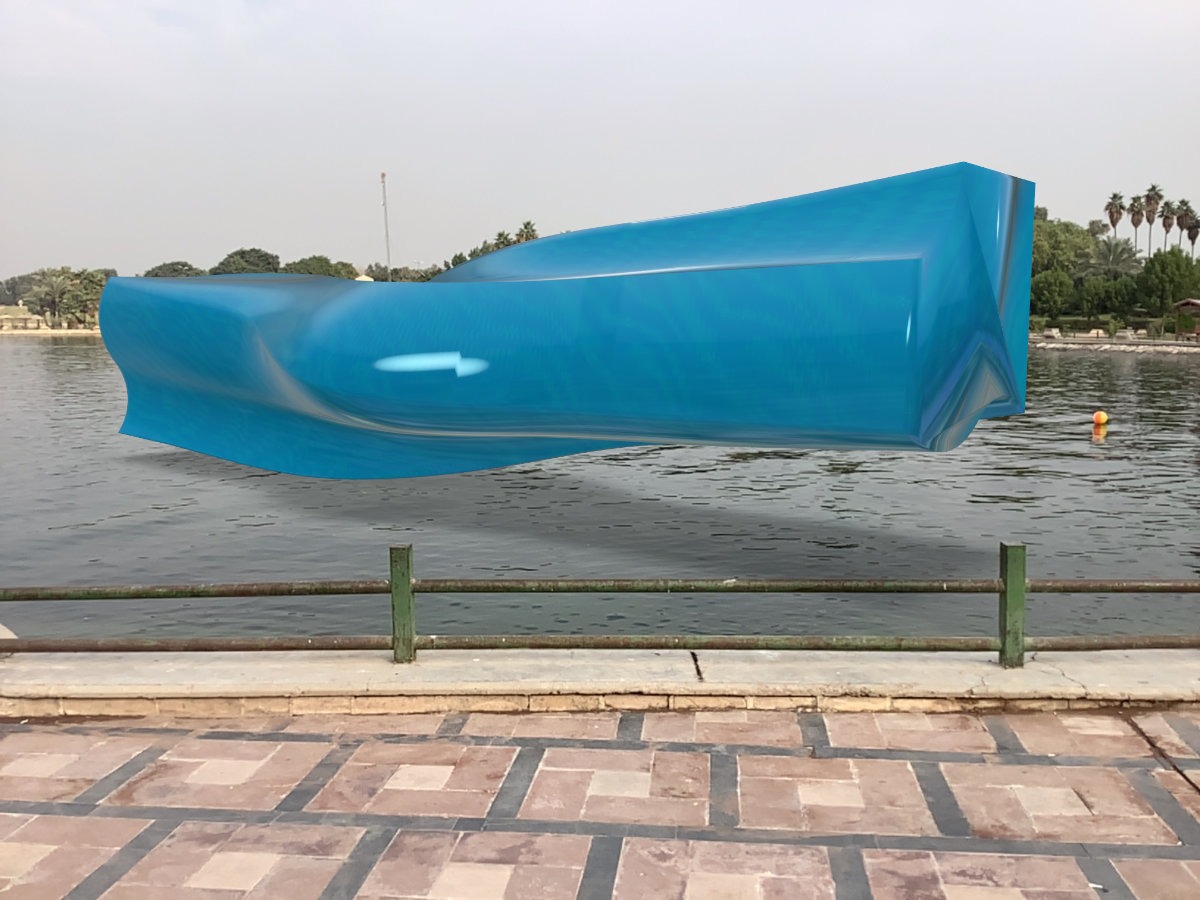 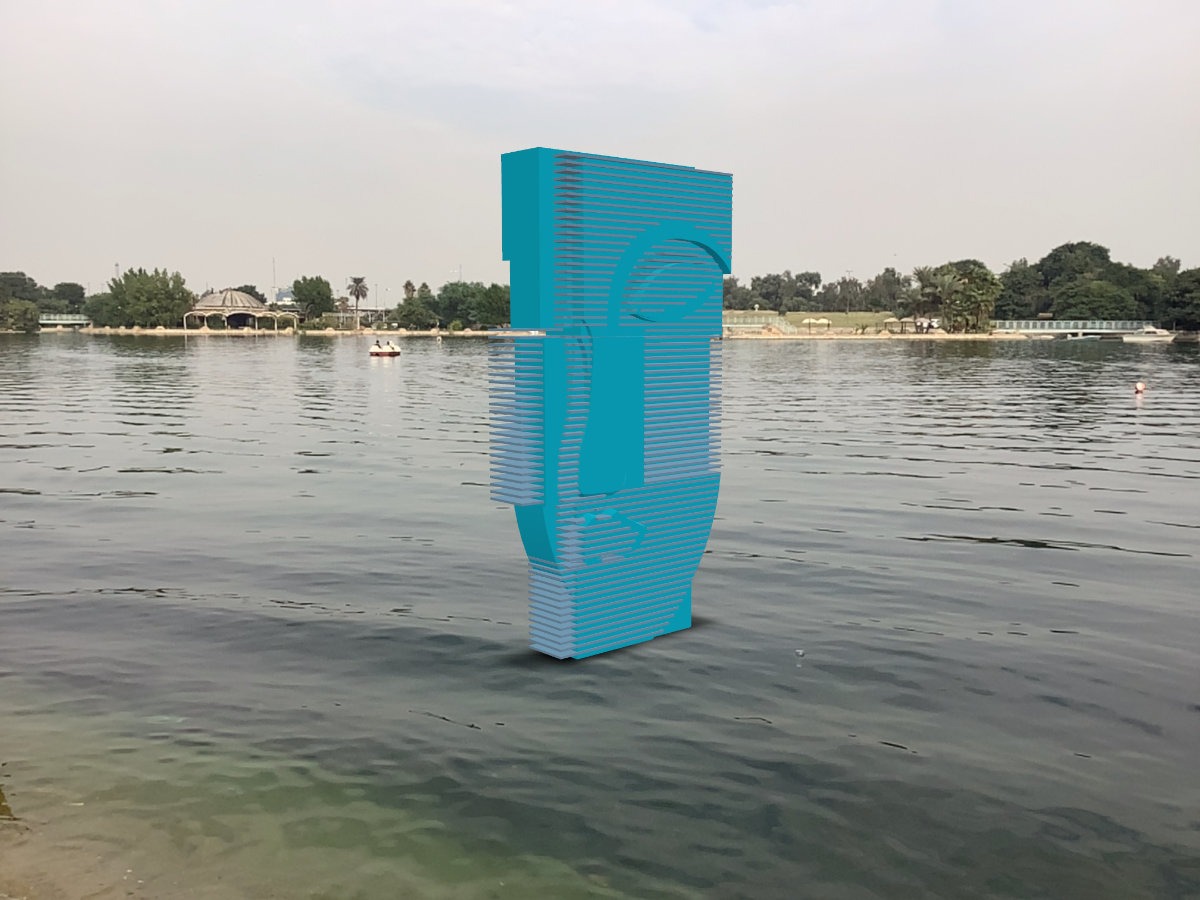 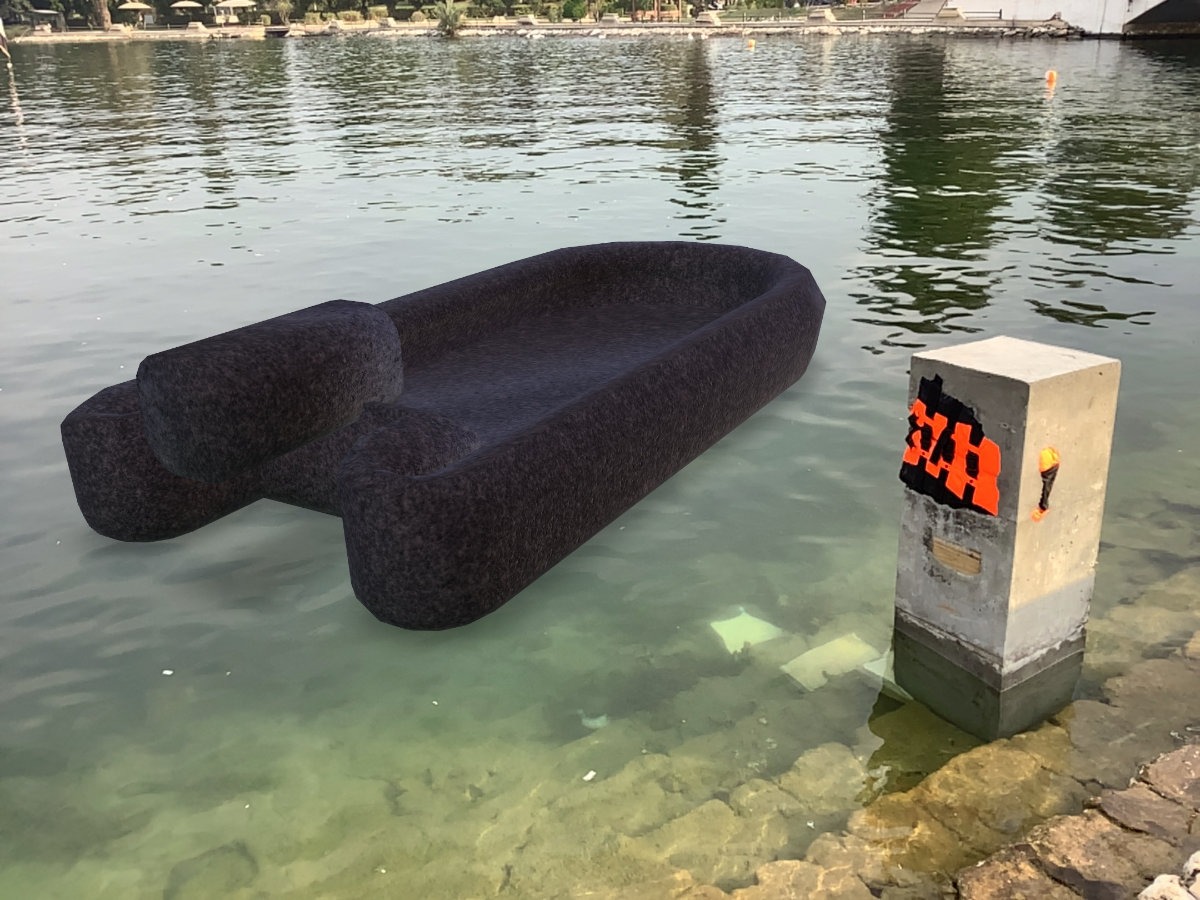 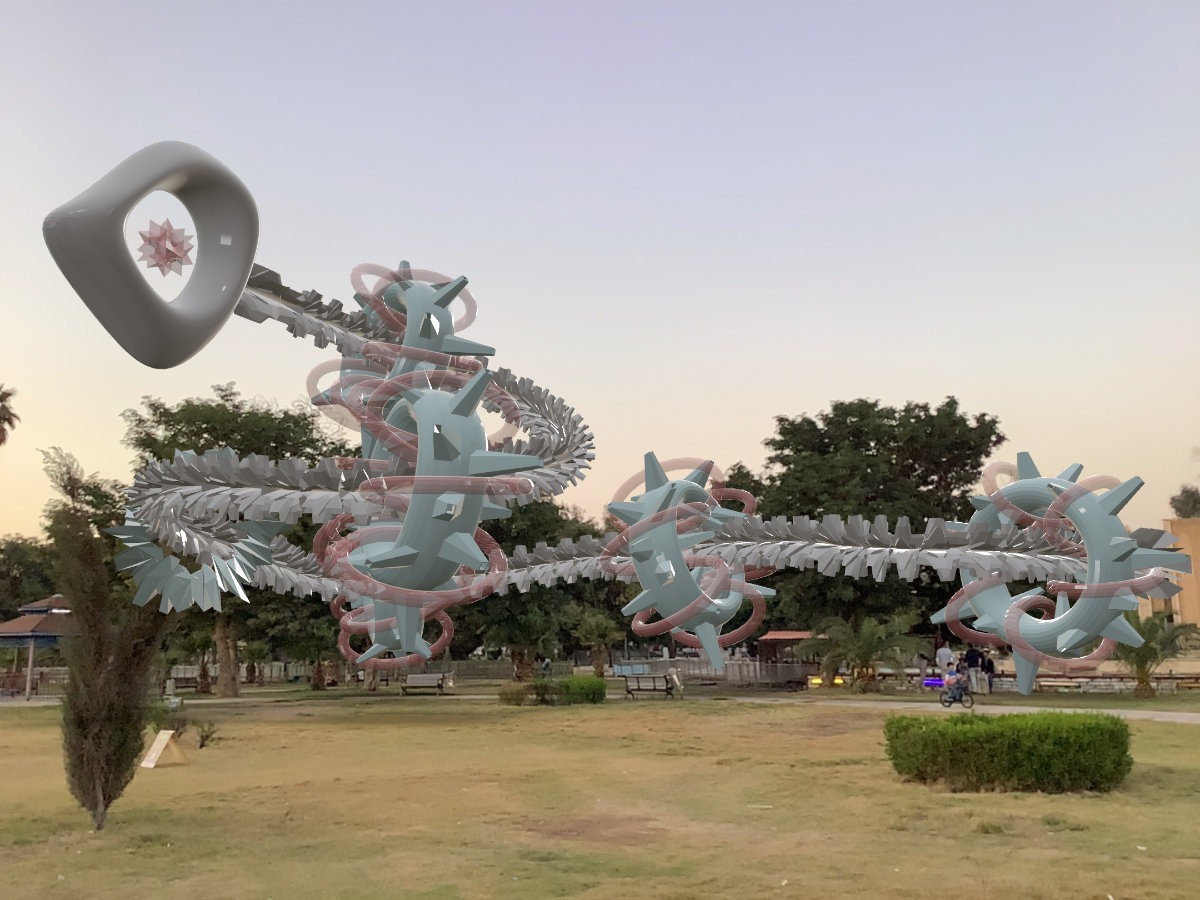 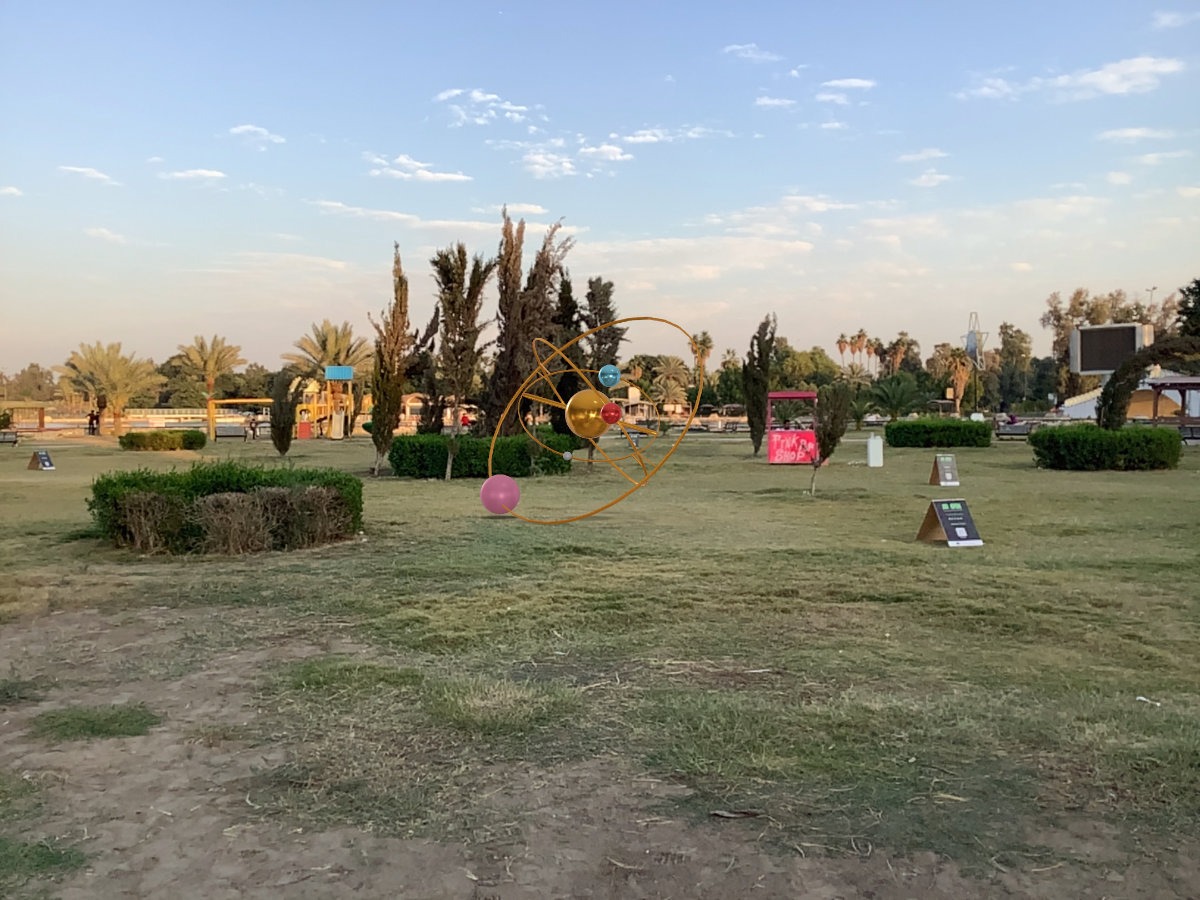 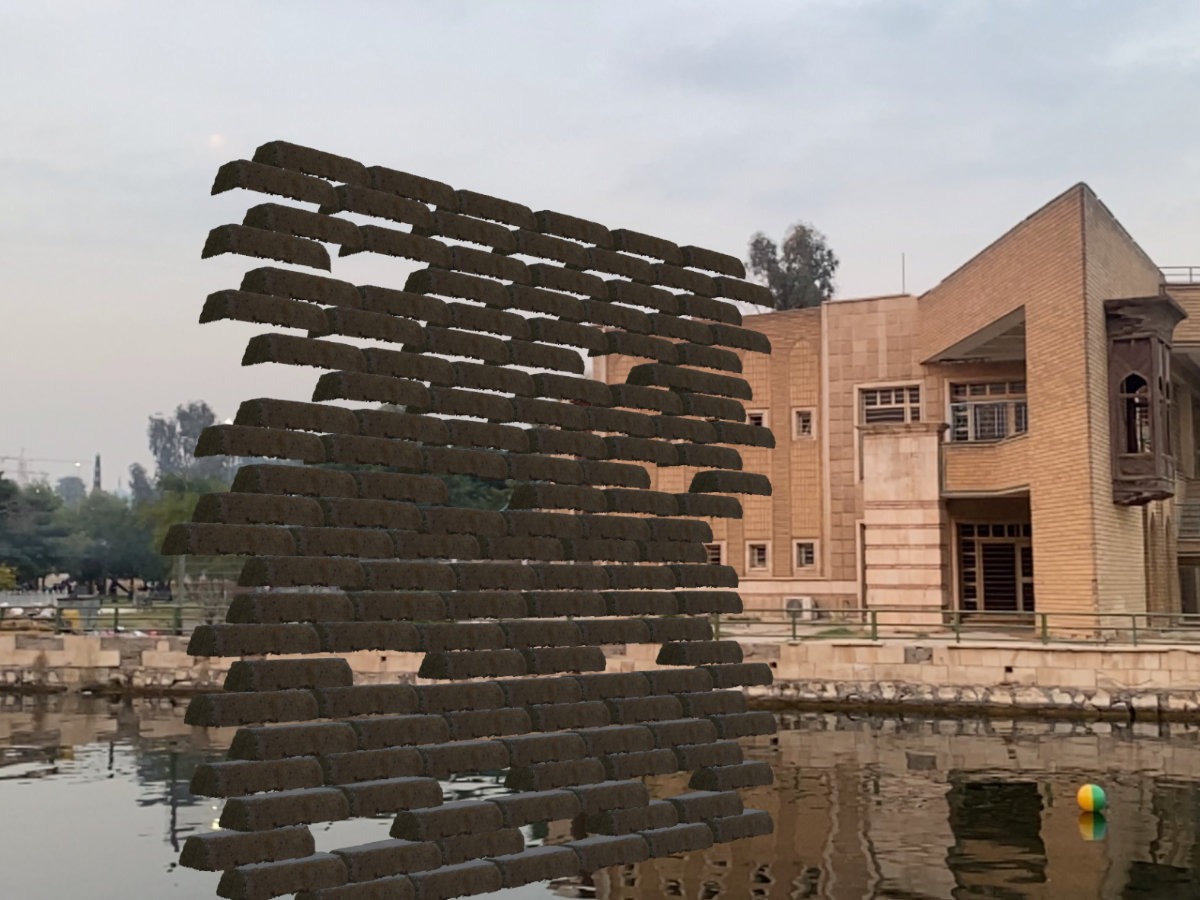 Artistic experiments, site-specific interventions, dreams and utopias shape the exhibition and merge the perception of the real and digital realm. Aesthetic traditions and new technologies unite in the production of the exhibition and offer a new approach to public space and the audience.

Young Iraqi artists, designers and architects worked together on the project and produced 17 artworks for the exhibition in a series of 3d-workshops. Many of the works relate to Iraqi reality and address social and personal issues that appear via Augmented Reality. The exhibition is on view via smartphone or tablet on site.

AR OPEN is a project by EMCUE and TARKIB in cooperation with GIZ-Private Sector Development and Employment Promotion Project (GIZ-PSD) and the Arpha Program for Art and Augmented Reality.