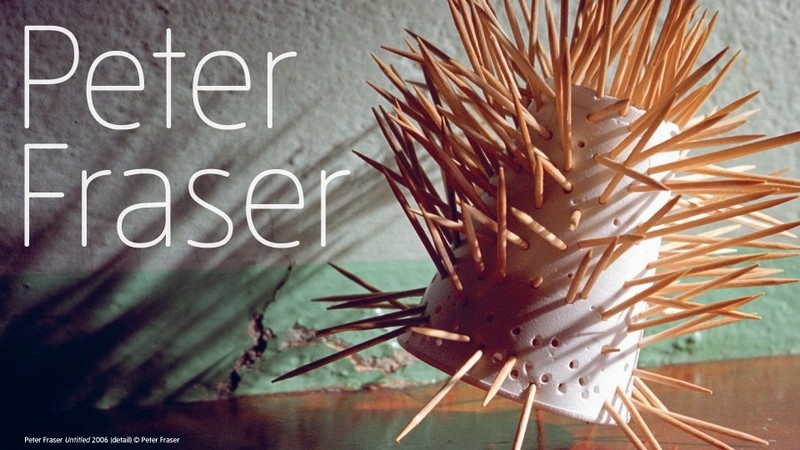 Opening hours: March–October daily 10.00–17.20, last admission 17.00.
November–February, Tuesday–Sunday 10.00–16.20, last admission 16.00
Peter Fraser is a contemporary photographer who has been at the forefront of colour photography as a fine art medium since the early 1980s, emerging alongside peers including Martin Parr and Paul Graham. Much of his work involves an almost obsessive focus on the stuff of the world, the matter and materials that he finds in the everyday.
The exhibition at Tate St Ives will include works drawn from across 30 years of Fraser’s career. The first room will be dedicated to photographs from his most recent series A City in the Mind 2012. The following rooms will bring together selected works from Fraser’s earlier series, including the seminal Two Blue Buckets 1988, Deep Blue 1997, Material 2002, Nazrali 2006 and Lost for Words 2010.
All of Fraser’s photographs are found still lifes, he does not construct his pictures but rather focuses in on the enigmatic objects he finds, revealing the edges, minutae and incidental beauty and strangeness in the visible world. Through this sustained and concentrated focus, he creates highly charged and psychologically compelling images of enormous intensity and resonance. A recurring concern is an interest in the ‘matter’ of the world, of ‘things’ and their status, as well as strong interest in journeys and narrative, at once literal, literary and psychological.
Fraser was born in Cardiff in 1953 and graduated in photography from Manchester Polytechnic University in 1976. In 1982 Fraser began working with a Plaubel Makina camera, which led to an exhibition with William Eggleston at the Arnolfini, Bristol, in 1984. Fraser went on to spend time living and working with Eggleston in the States, an experience which cemented his belief in the possibilities of colour photography. In 2002 the Photographers’ Gallery, London, staged a twenty year survey of Fraser’s work, and in 2004 he was shortlisted for the Citibank Photography Prize. Fraser has been an influential figure for a number of important photographers and artists, his students have included Wolfgang Tilmans and Jeremy Millar.
The Peter Fraser exhibition will be presented alongside an exhibition of the acclaimed British modernist William Scott, who is perhaps best known for his still life paintings, often of the same few elements – pots, pans, cutlery, dishes. In a similar manner Peter Fraser presents ‘found’ still lifes. Often humble subjects which, through his lens, reveal something more universal and profound.
A monograph covering the whole of Fraser’s career to date with an essay by David Chandler will be published by Tate to accompany the exhibition.
www.tate.org.uk/stives