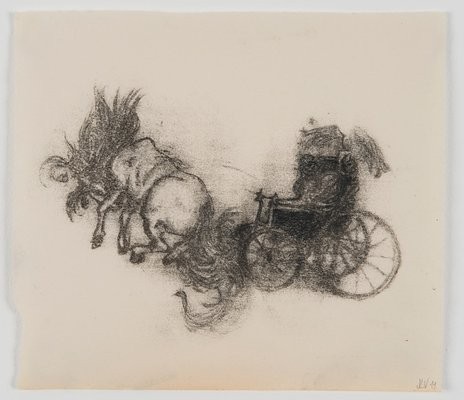 Team Gallery is pleased to announce a group exhibition with works by Marc Hundley, Donald Urquhart, and Jean-Luc Verna. Entitled I Sent my Love a Red, Red Rose, it will run from June 30th – August 5th 2011. Team Gallery is located at 83 Grand, cross streets Wooster and Greene, on the ground floor. Concurrently, our 47 Wooster Street space will house a group exhibition curated by Miriam Katzeff with new works by Alex Da Corte, Joshua Kolbo, Justin Matherly, and Dominic Nurre.

I Sent My Love a Red, Red Rose presents the work of three very different artists, whose practices are linked through a career-long concentration on drawing – manifested in works on paper and in sometimes large, site-specific installations. The three artists’ frequent use of text serves as a means of structuring their agency within an investigation of such common themes as the homosexual, nostalgia, idolatry, and the appropriation of retro-stylistic tropes.

Marc Hundley’s work analyses the dispersion of text and emotion in forms of ephemeral signage. Found cultural material, personal sentiments, dates, and other references lead the viewer into a situation that is both real and imagined. An image of Billie Holiday, for instance, is flanked by a date and address below, as though it were an advertisement for a performance, albeit one that could never have occured. Hundley’s prefered modes of presentation, such as the poster, tee-shirt or banner, create artworks that are meant for traditional longevity. These works frequently take on a vintage appearance, recalling literary and musical icons of the 60s and 70s. His emphasis on the past lends the work a melancholic repose, revealing a nostalgic aura created by the cataloging of time and place.

In the tradition of a gesamtkunstwerk, Jean-Luc Verna’s immersive installations include drawing, photography, and sculpture, and pivot around his extensive activities as a performer. Past exhibitions recall in-situ artworks of the renaissance with their emphasis on classical form, dynamism, and turgidity. Often drawn directly onto the walls and floor, Verna’s work is filled with fantastical humanoid creatures that provocatively suggest a mystical-sexual bent. With their atmospheric materiality and surrealist augmentation of form, his works on paper posess an uncanny otherworldliness. The resultant treatments suggest an array of alt-cultural specificities, including flourishes of Goth, body politics, mythical and religious iconography, fetish and drag.

Donald Urquhart’s works on paper also take on a period appeal, recalling 30s, 40s and 50s-era advertising and illustration. His gendered subjectivity pointedly catalogues clichéd themes of female life, vanity, celebrity, and identity, all through a sensibility that, one could argue, posits a lingering homosexual gaze. As a body of work, the imagery is fantastically biting and concerns itself with a comedic surveyal of melodrama. Like Verna, Urquhart is also prone to using text and image drawn directly onto the wall, creating multi-faceted environments that are unified by technically skilled drawings in black ink.