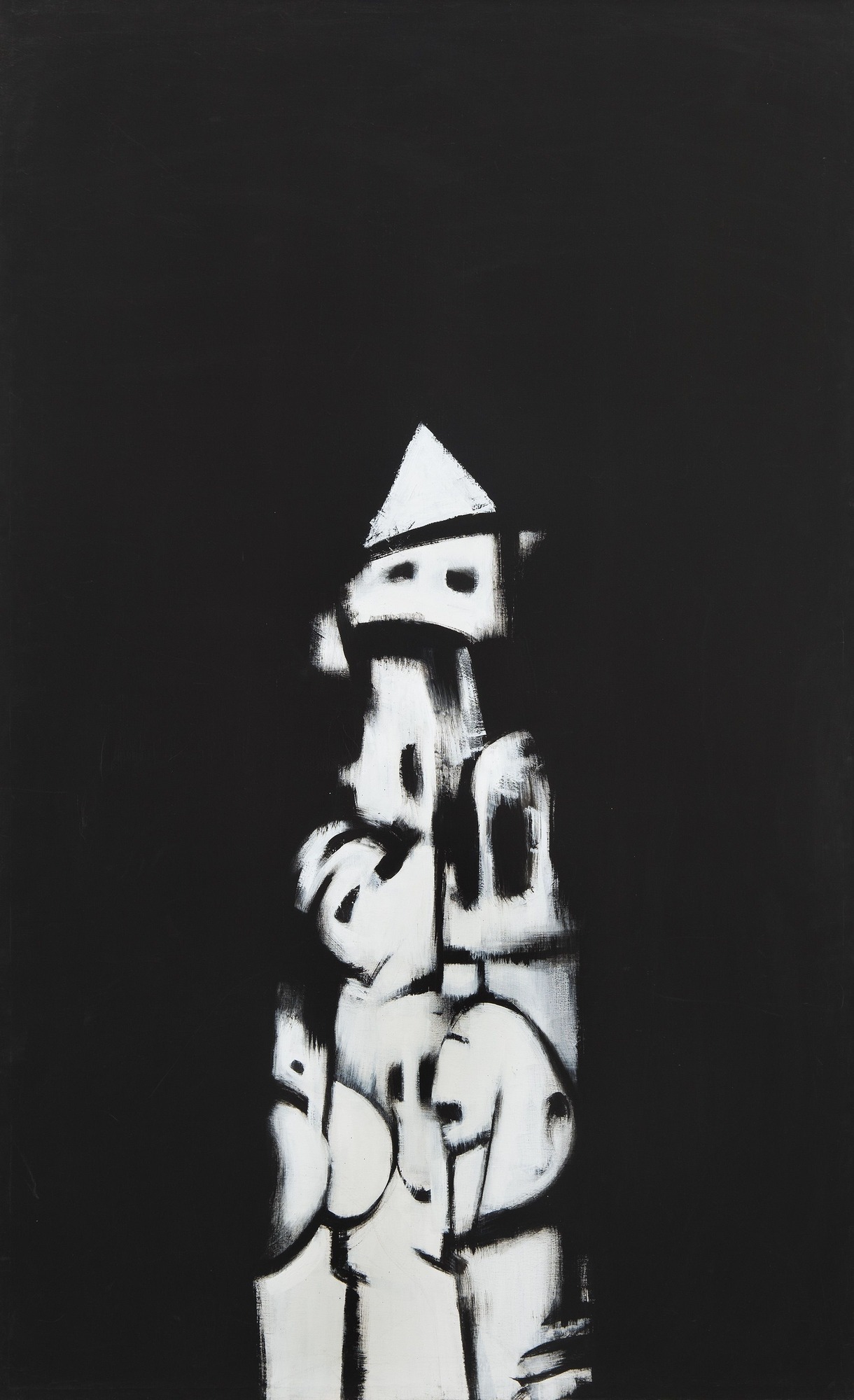 Norman Lewis
American Totem, 1960
Oil on canvas
73 1/2 × 44 7/8 in. (186.7 × 114 cm).
Whitney Museum of American Art, New York; purchase with funds from the Laurie M. Tisch Illumination Fund in memory of Preston Robert and Joan Tisch, the Painting and Sculpture Committee, Director’s Discretionary Fund, Adolph Gottlieb, by exchange, and Sami and Hala Mnaymneh 2018.141. © Norman Lewis. Courtesy Michael Rosenfeld Gallery LLC, New York, NY
This exhibition of more than 120 works, drawn entirely from the Whitney’s collection, is inspired by the founding history of the Museum. The Whitney was established in 1930 by Gertrude Vanderbilt Whitney, a sculptor and patron, to champion the work of living American artists. Mrs. Whitney recognized both the importance of contemporary American art and the need to support the artists who made it. The collection she assembled foregrounded how artists uniquely reveal the complexity and beauty of American life.

The exhibition begins with a gallery devoted to selections from the Museum’s founding collection, followed by galleries that weave their way through major art historical movements and genres. Key achievements by individual figures, including Georgia O’Keeffe and Jacob Lawrence, are interspersed throughout the show. Icons of the collection such as Calder’s Circus and the work of Edward Hopper are featured as well as more recent acquisitions—in particular, Norman Lewis’s American Totem (1960), a painting made at the height of the civil rights movement by an under-appreciated protagonist in the story of Abstract Expressionism. Such additions demonstrate that the Whitney’s collection is a dynamic cultural resource that allows us to continually reframe the history of American life and artistic production.

Generous support for The Whitney's Collection: Selections from 1900 to 1965 is provided by the Jon and Mary Shirley Foundation.