An exhibition with an audio script by Sarah Demeuse and Wendy Tronrud, as well as a soundtrack by Mario García Torres in collaboration with Sol Oosel 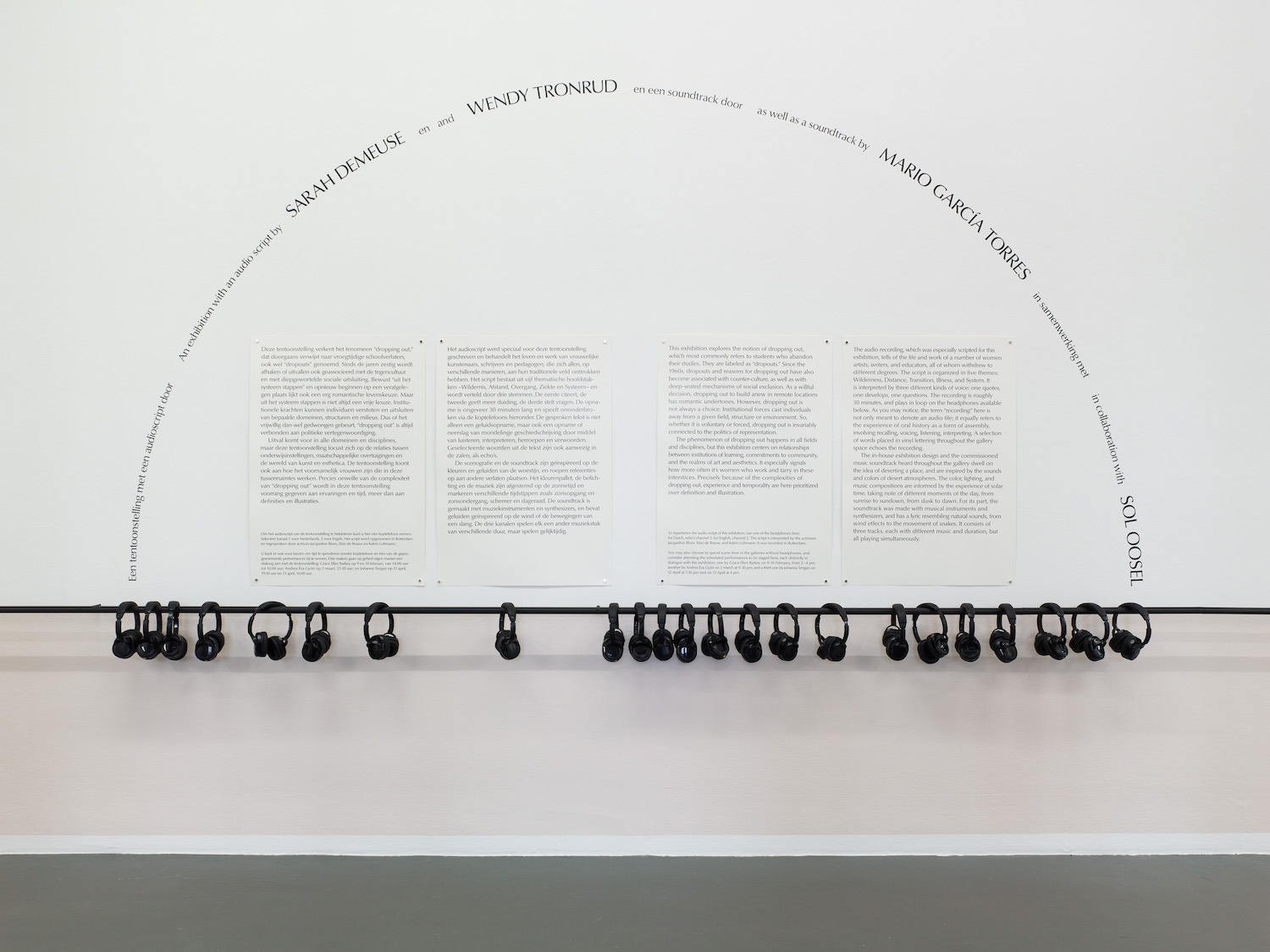 What distinguishes dropping out from being or feeling pushed out, dropping out from burning out? Dropping out from the art world, for example, has been a recurring decision by artists and cultural workers who have little to no interest in engaging with mainstream modes of production, with dominant beliefs systems, or even with urban environments and lifestyles championed by metropolitan life or consumer societies.

This exhibition explores the phenomenon of dropping out. In a deserted gallery environment painted in different color scales inspired by solar time, two sound pieces are available: on the one hand is an audio recording that can be experienced through wireless headphones; on the other is ambient music throughout the gallery space, which is the exhibition’s music soundtrack. The gallery space is punctuated with words in vinyl lettering that speak to dropping out.

The recorded piece, a script written by Sarah Demeuse and Wendy Tronrud, poses several questions pertaining to economic, gender, racial, institutional, geographic aspects that inform an understanding of dropping out, including: What can be learned from the “dropout” about models of productivity and living? The recording specifically highlights women artists of the post-1968 moment. Three voices come together in a close reading, listening, and questioning of the terms and narratives that create "dropouts."

The exhibition’s soundtrack is created by Mario Garcia Torres, who collaborates with the musician Sol Oosel in its composition and production. Garcia Torres has conducted for over a decade significant artistic research on visual artists and musicians who have retreated from the mainstream or left urban contexts. He creates for the exhibition ambient music inspired by these cases of withdrawal, as well as from the environment of desert landscapes.