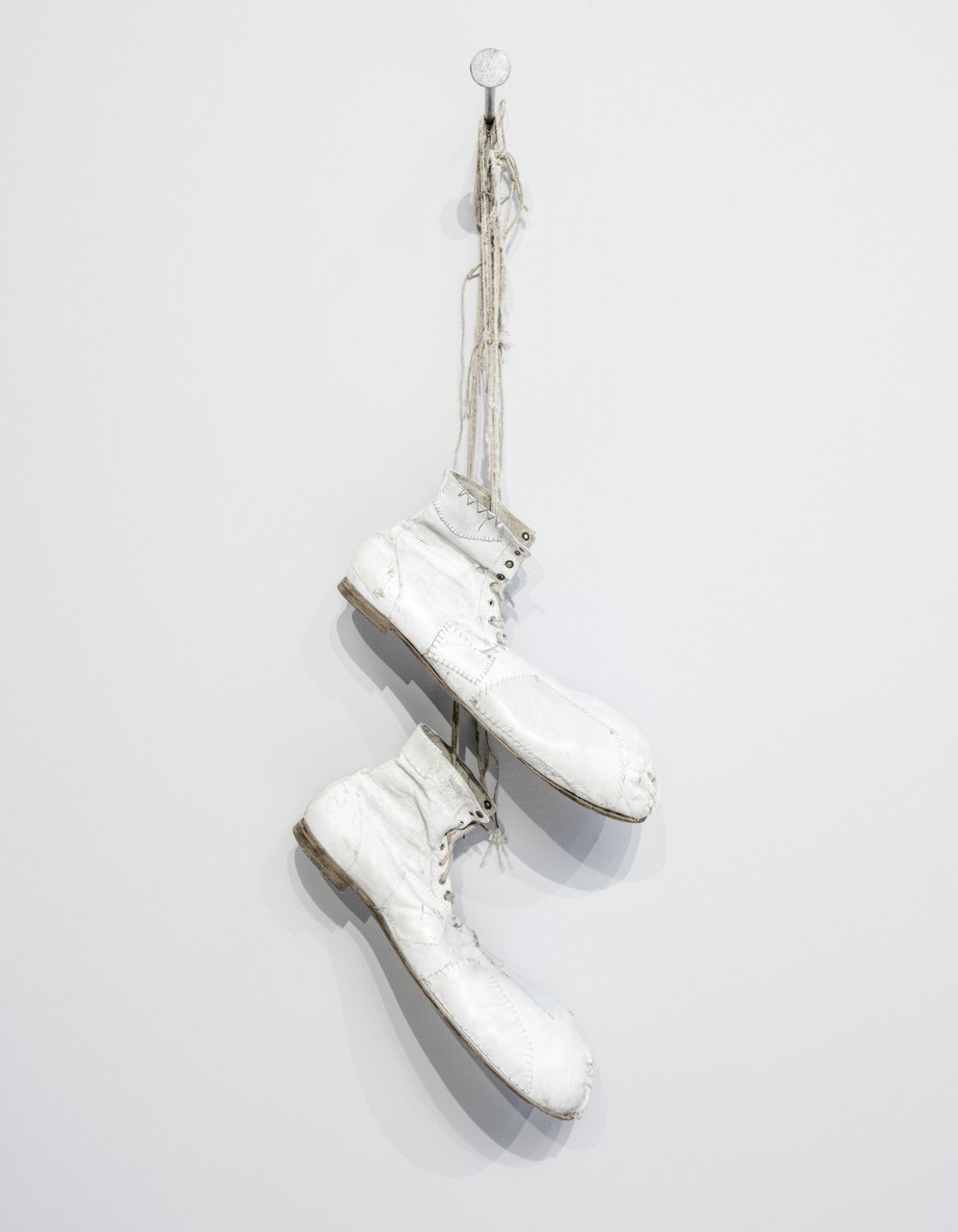 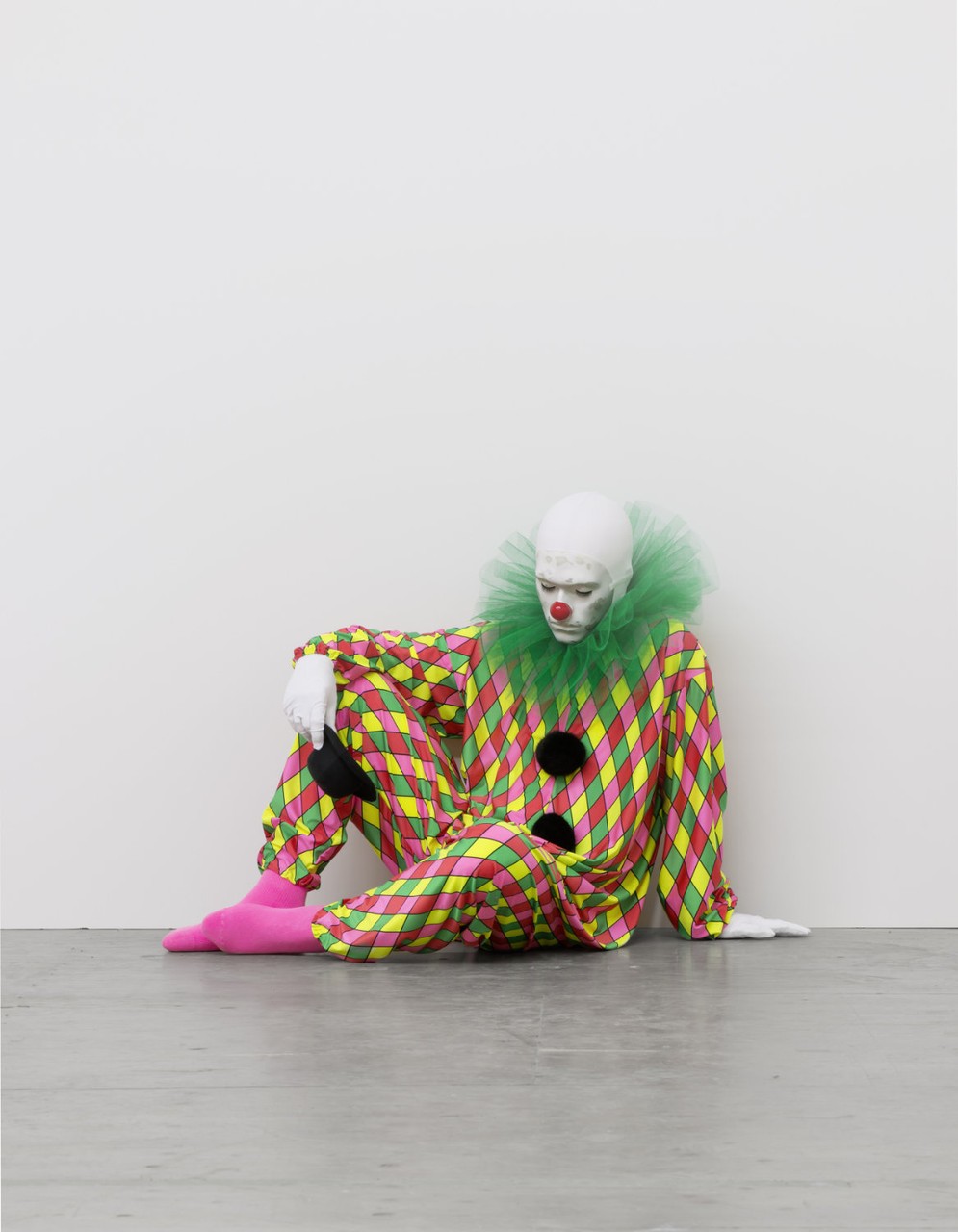 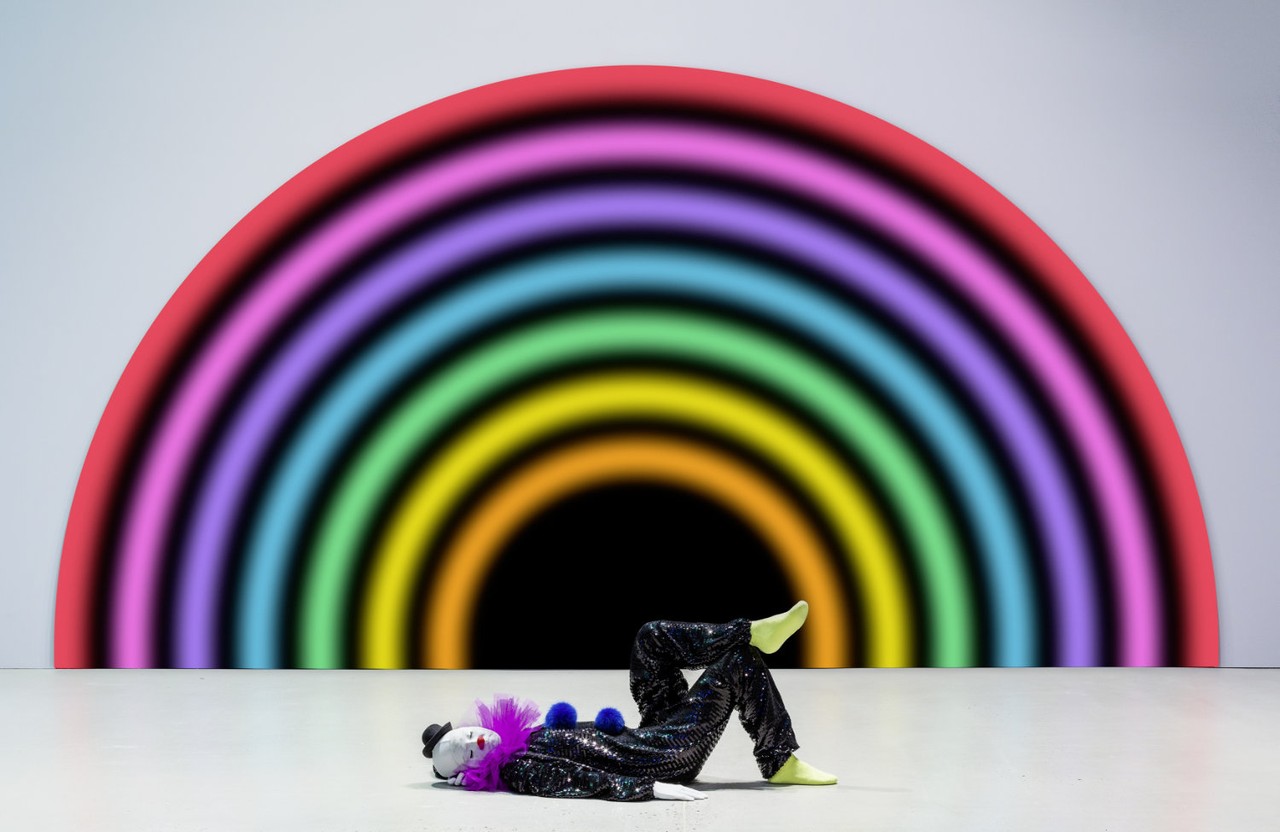 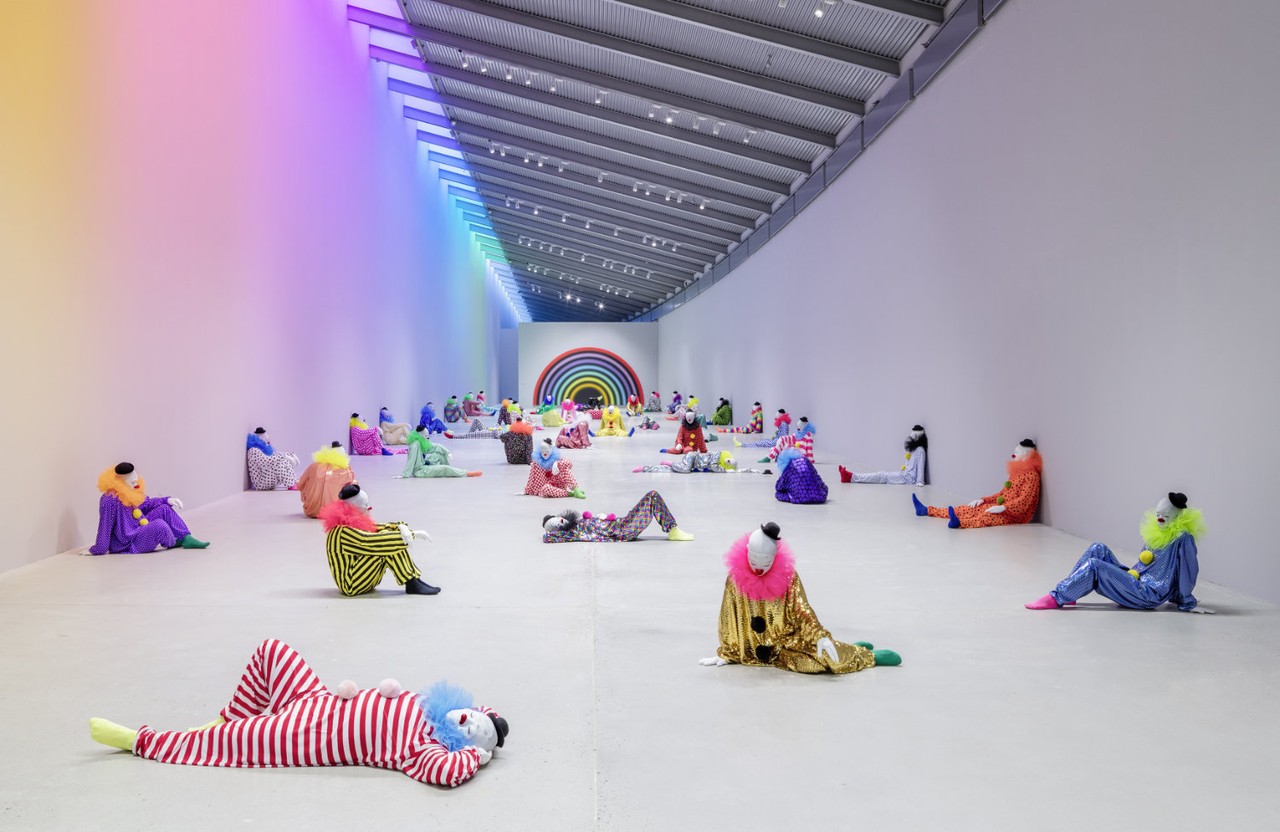 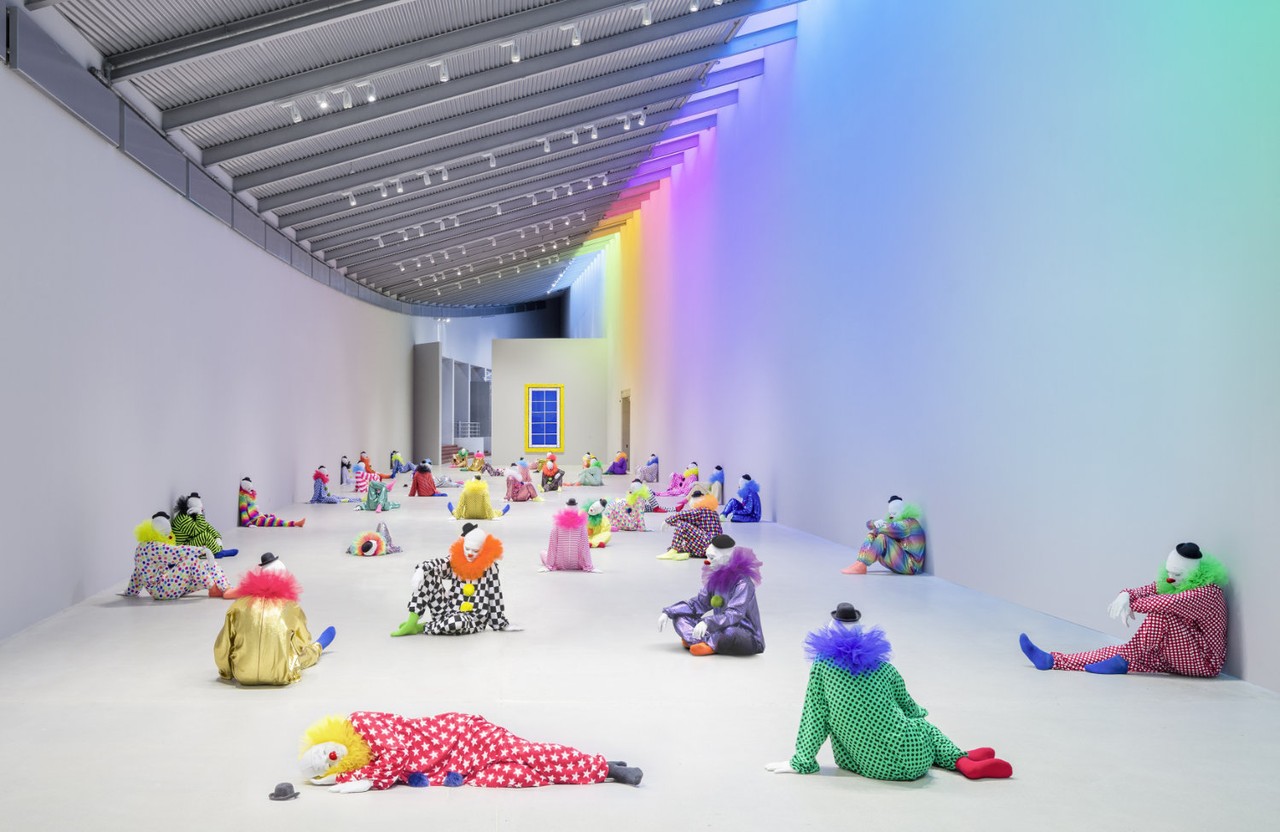 Slumbering clowns with cheerful hats at rakish angles and glittering, festive costumes are moving into ARKEN. The clowns have been created by the renowned Swiss artist Ugo Rondinone, and they are the focal point in December when the museum opens its doors for the star artist’s first Danish solo exhibition.

ARKEN’s 150-metre-long Art Axis forms the setting for the exhibition, which has been mounted in close collaboration with the artist. 45 hyperrealistic clowns cast from male and female models make up the installation vocabulary of solitude from 2014. Usually clowns are happy, energetic and entertaining, but here they are the opposite: contemplative and passive. They convey melancholy, as they do not meet our intuitive expectations of the funny clown. They are merely human beings who have just stepped out of their roles and their clown shoes; or are on their way into their roles and are just about to tie their shoelaces – captured in a peaceful moment before the show begins.

Ugo Rondinone’s work oscillates between the romantic outlook of the natural world and the existential introspection of the inner world. He plays on our intuitive and impulsive recognition of motifs like a clown, a tree or a rainbow. The rainbow in particular primarily signals beauty, emancipation and innocence. In addi­tion the rainbow tells a fundamental political story of personal freedom, as the symbol par excel­lence of the LGBT milieu and the rights of homosexuals. The simple, solid message is that you are free to love the one you love. This is an indisputable, universal human right that may be taken for granted in Denmark, which is generally known as the world’s first country to introduce civil marriages for homosexuals. However, not everyone enjoys this right, so there are still freedom struggles to be fought. The rainbow speaks a global visual language that inspires empathy, joy and fighting spirit.

With few resources Rondinone stages well known figures and symbols in displaced ways, and we see them with new eyes. He is internationally recognized for his immersive installations, video works, photographs, large-scale drawings, paintings and sculptures. He is an enterprising, dynamic artist who also works as a curator alongside his artistic practice. Common to all his works is the way they speak to both heart and mind.

The exhibition is made in collaboration with Ugo Rondinone and Frahm & Frahm Ltd.
www.arken.dk