Yasmine and the Seven Faces of the Heptahedron 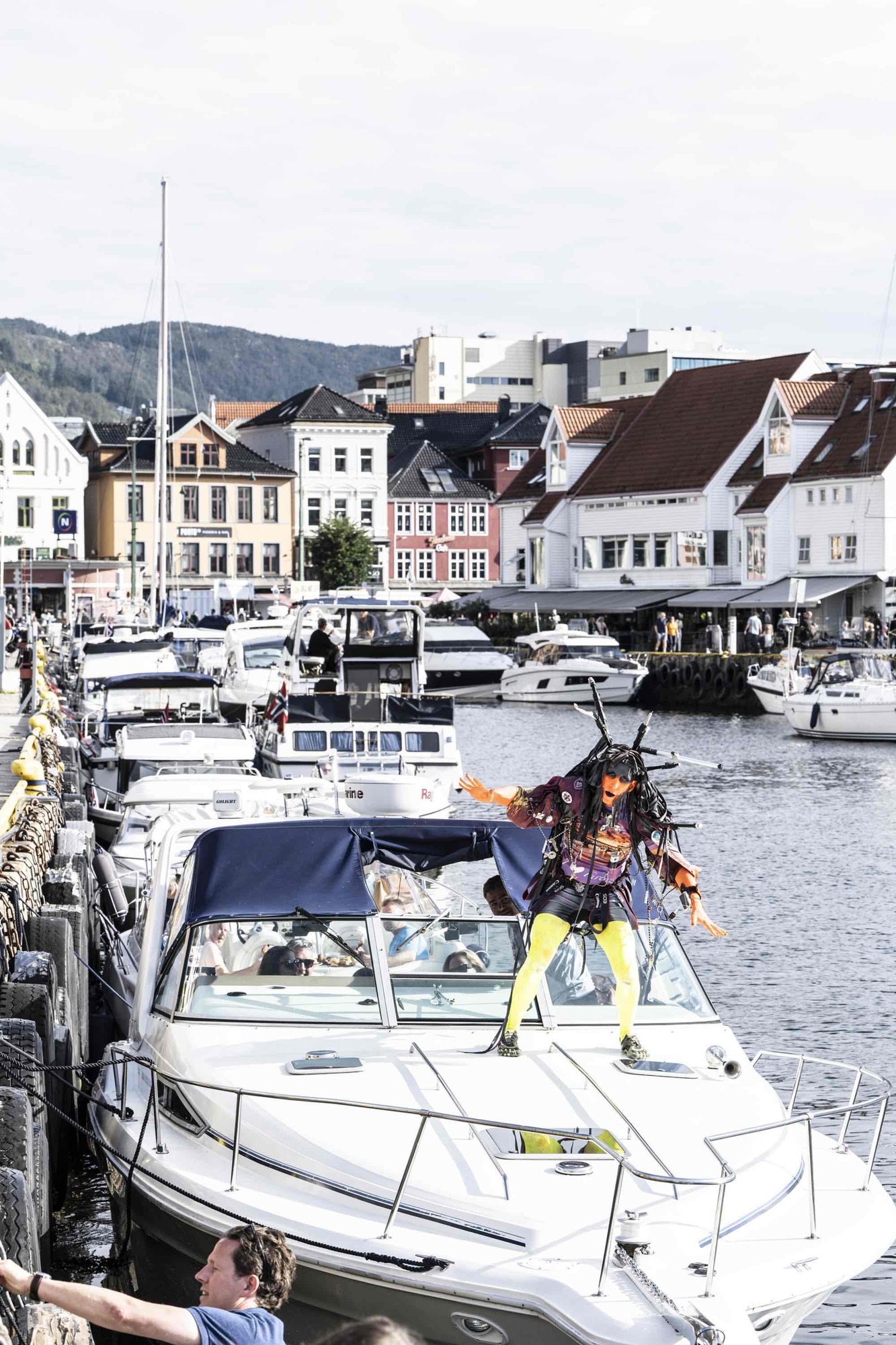 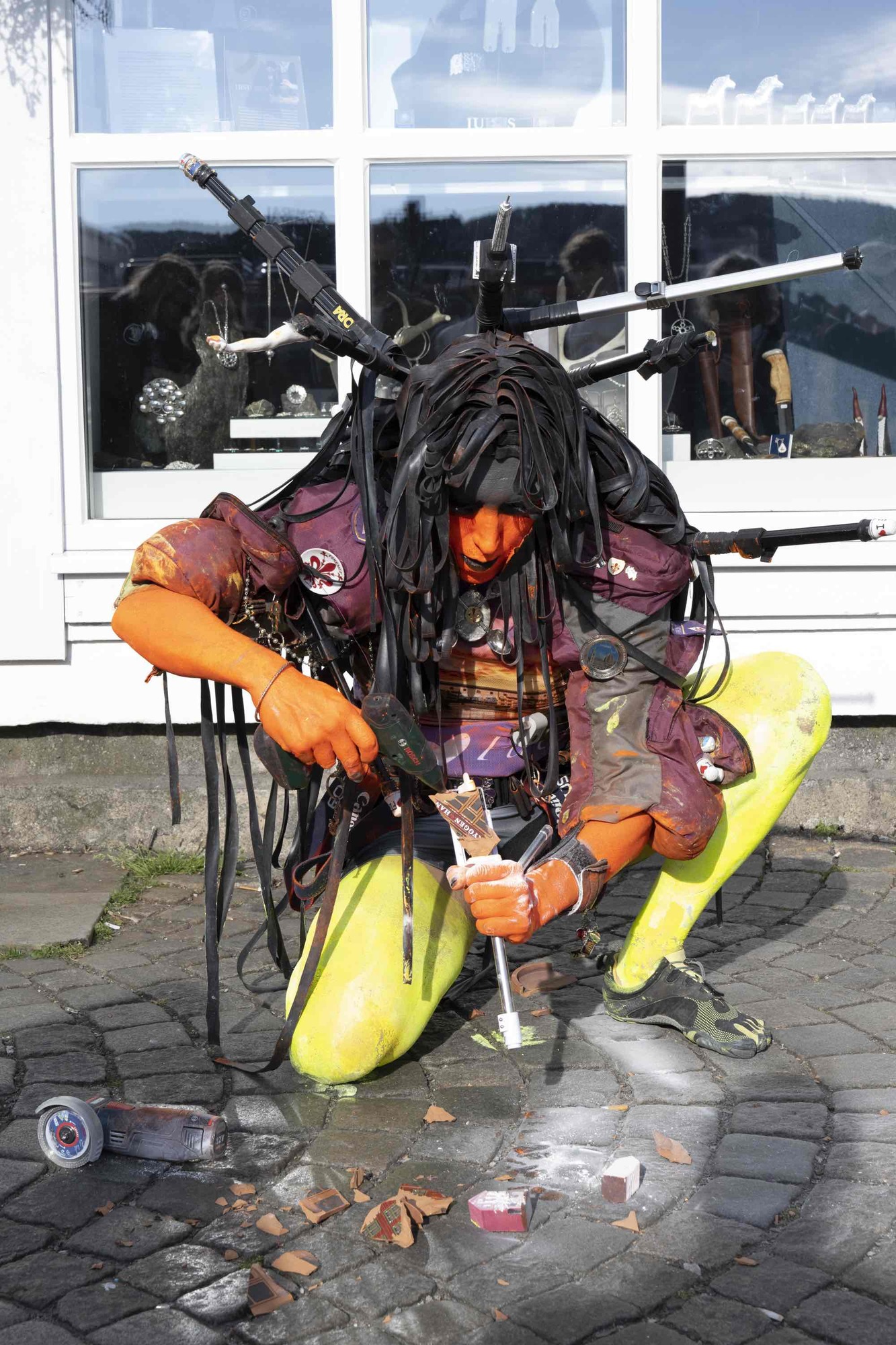 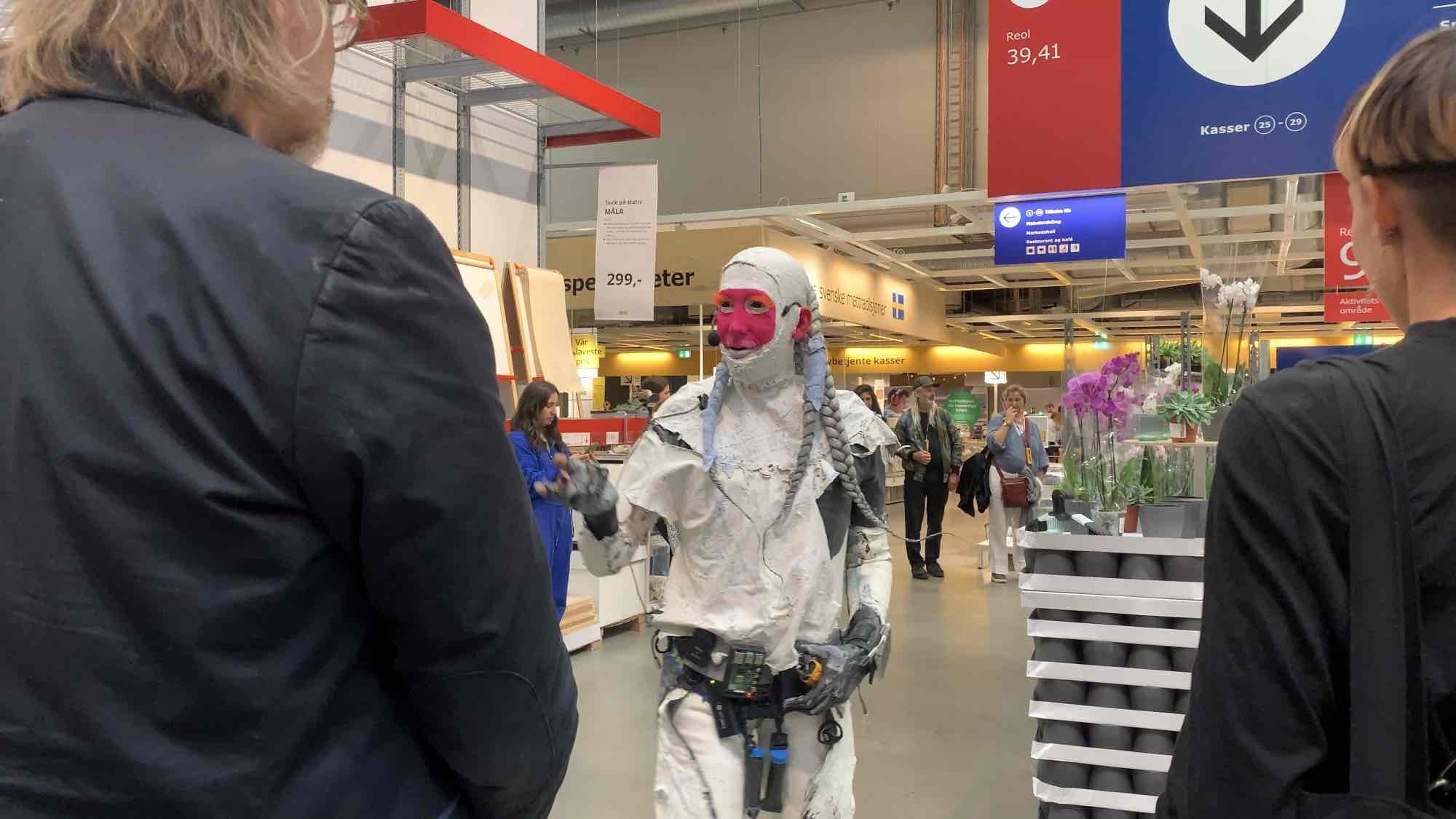 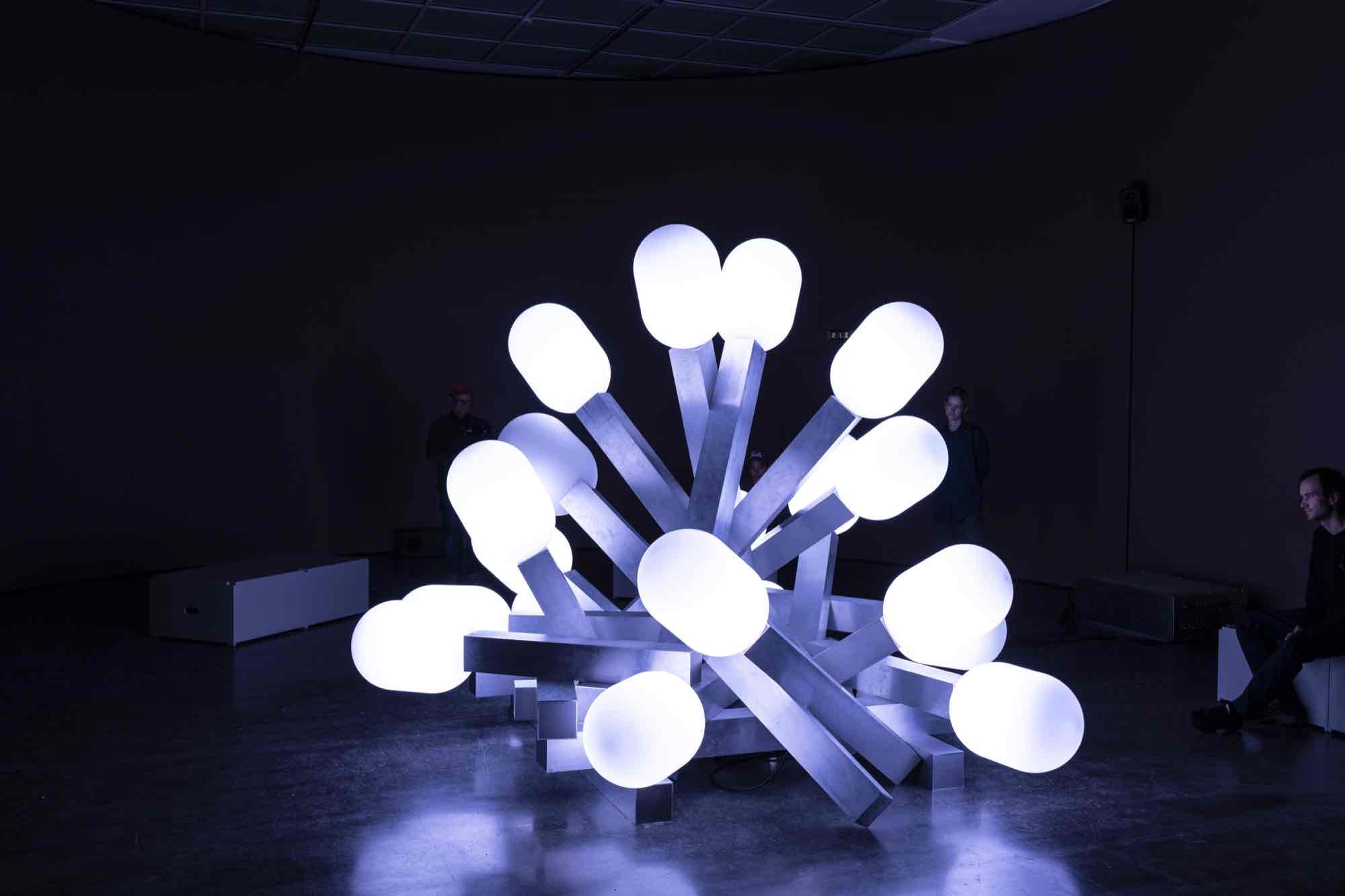 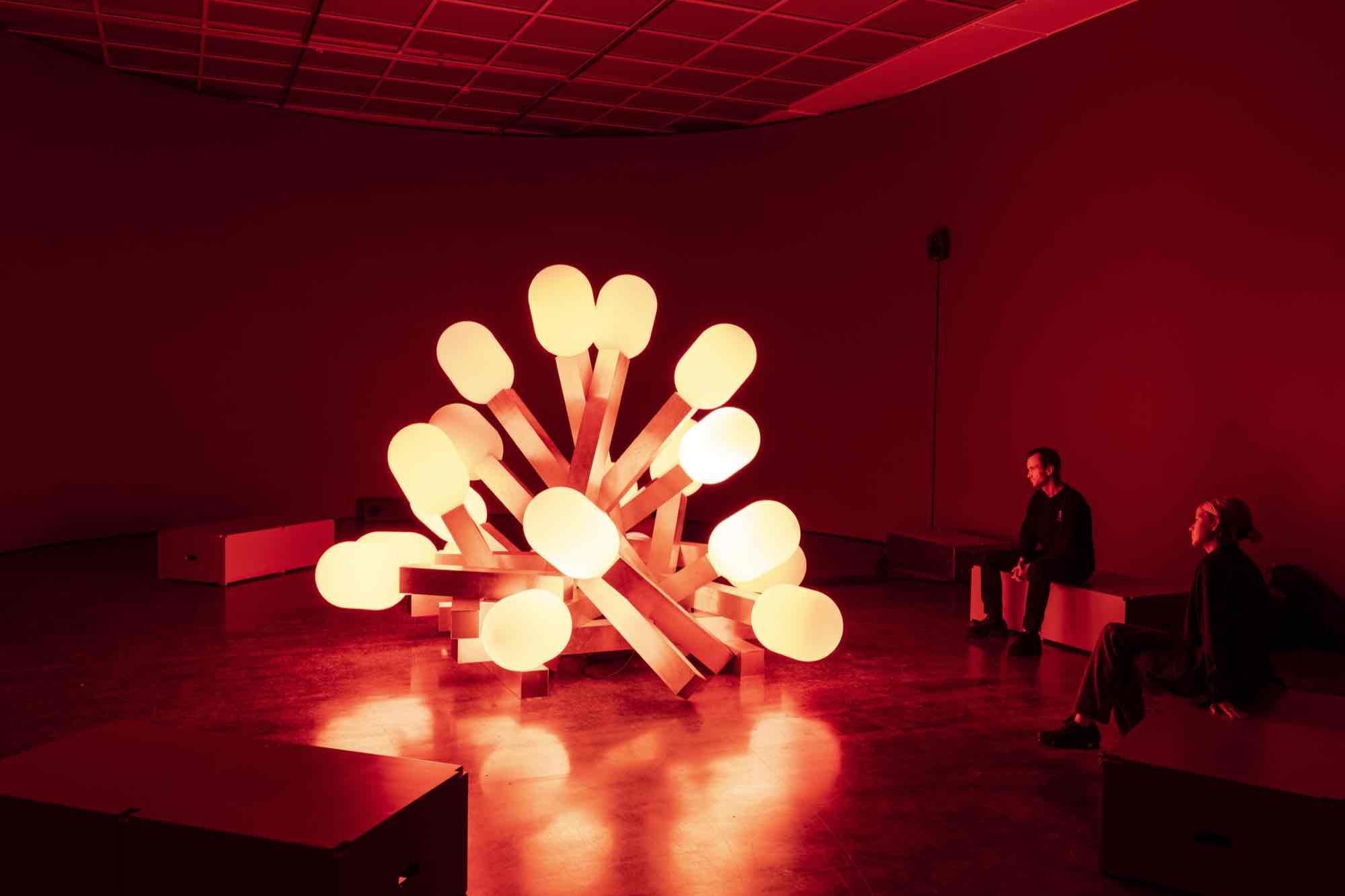 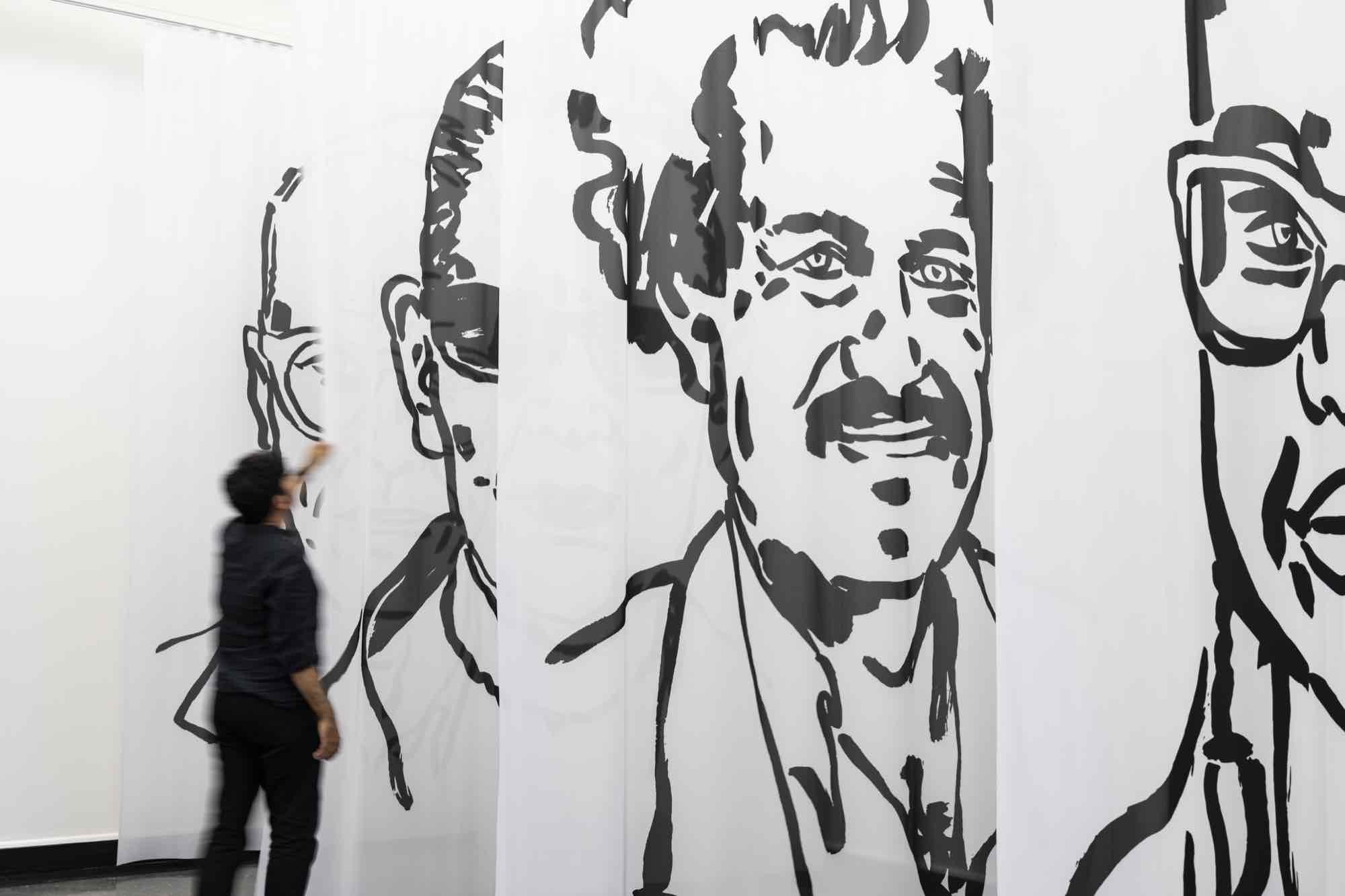 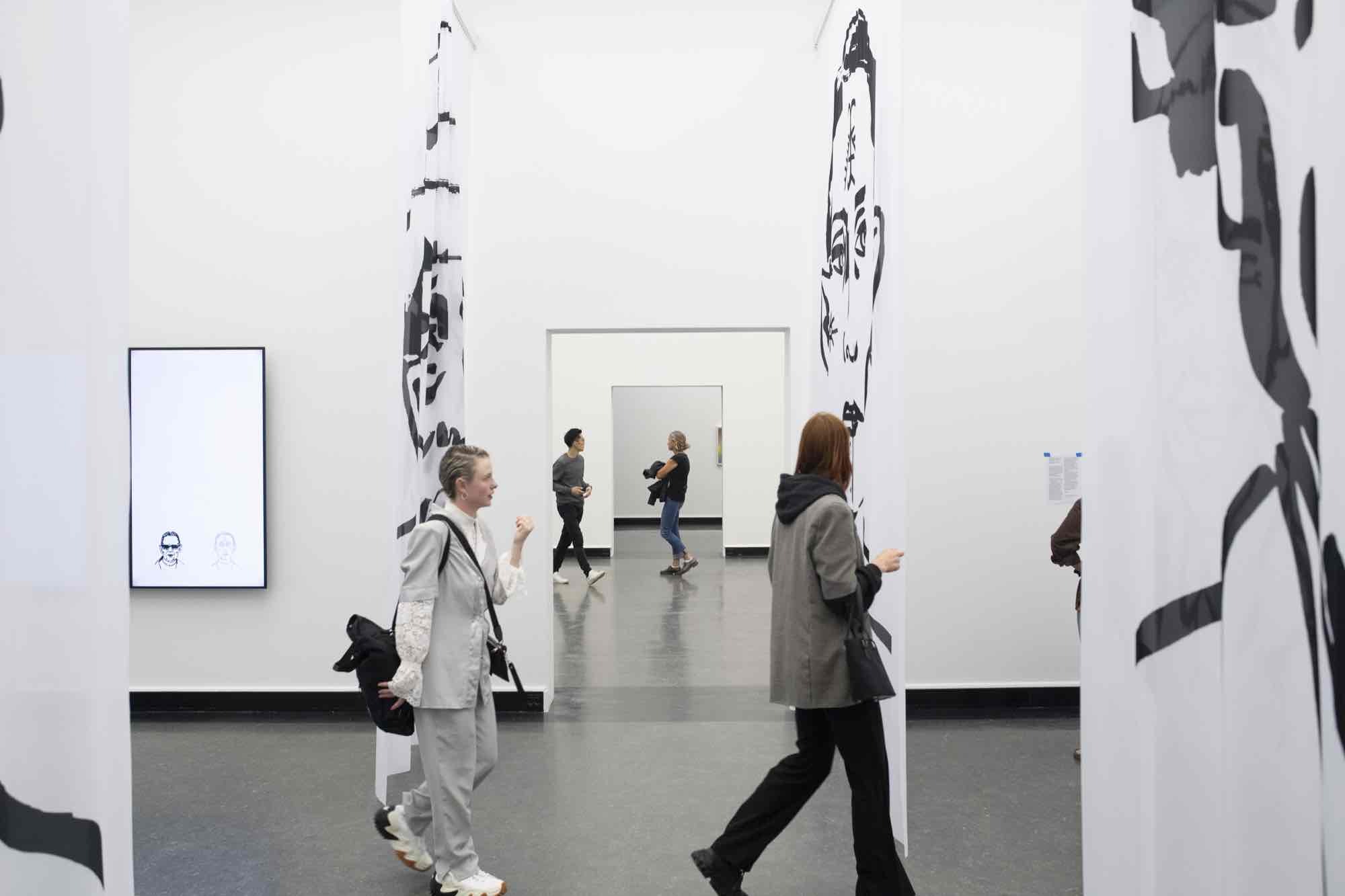 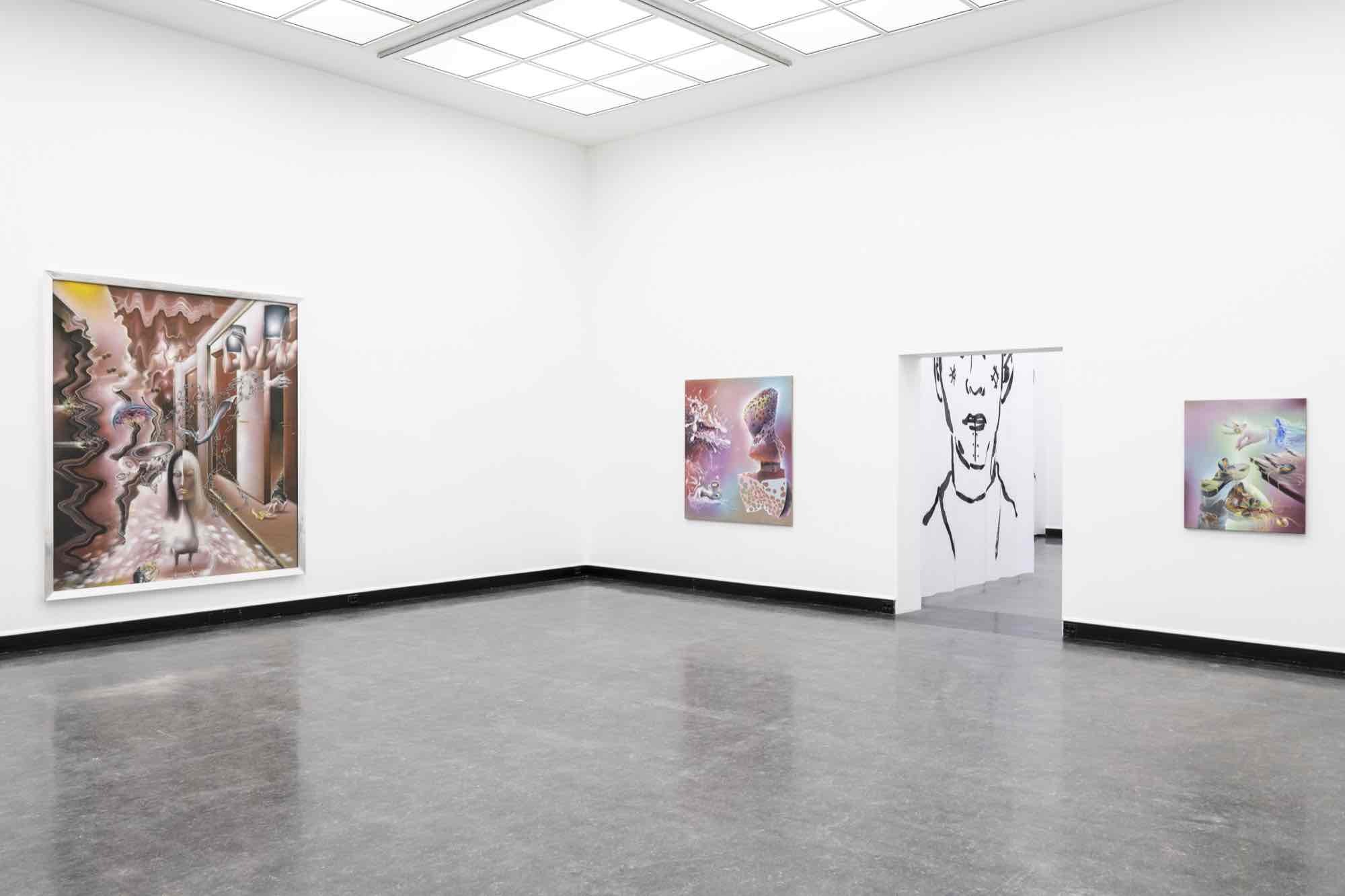 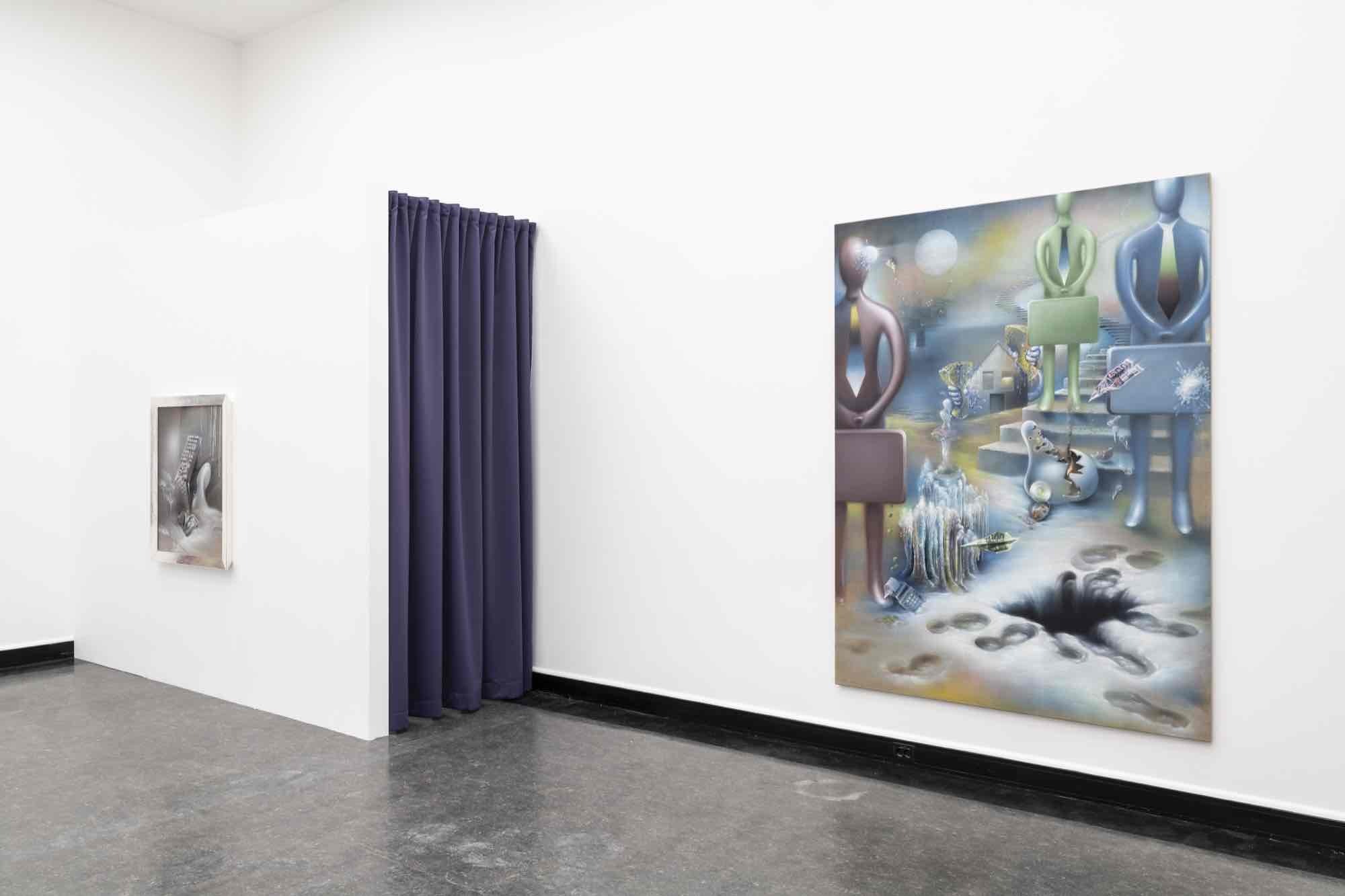 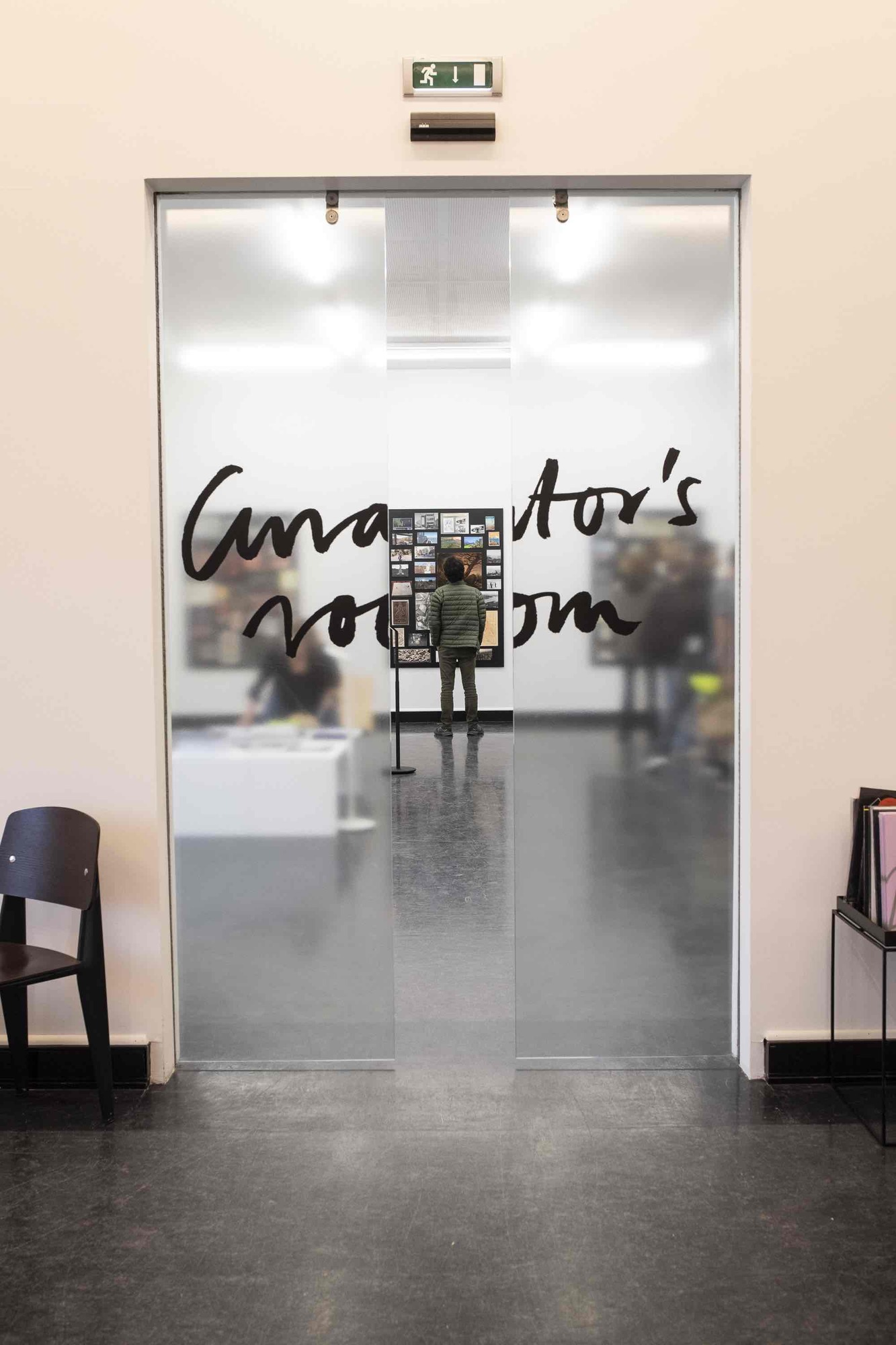 Installation view from The Curator’s Room for The Bonimenteur, 2022 at Bergen Kunsthall. © Bergen Assembly 2022 convened by Saâdane Afif and curated by Yasmine d ́O. Photo: Thor Brødreskift
Yasmine and the Seven Faces of the Heptahedron

My name is Yasmine, Yasmine d’O.
Yasmine d’Oran, d’Oslo, Yasmine d’O...
I’m from all the places whose names begin with O.
My identity is scattered and centred by this single sound, O.
An open O, with the tongue low and the mouth round.
Initials, Y.d’O. Why do? The question of a lifetime!

I am a curator. That is to say, I take care of artists and artworks which help me to tell stories, my stories, History. For a few years now, I have been searching for a mysterious form, a polyhedron with seven faces. The French writer Thomas Clerc revealed its potential existence to me, while we were attending a performance directed by Saâdane Afif, in the famous Jemaa El Fnaa square of Marrakesh, at the end of winter 2014. A few months after that thrilling evening, Thomas Clerc interpreted the seven faces of this solid body as the characters of a luscious little play-script that he titled: “The Heptahedron”. Thanks to him, I now know the faces of this solid figure by the names he gave to them in his play: the Professor, the Bonimenteur, the Moped Rider, the Fortune Teller, the Coalman, an Acrobats, and the Tourist. As you notice, this story resembles a game, a tarot deck, and that’s handy because my activity requires a certain level of divination.

After meeting them one by one over the years, I have brought these seven characters together in Bergen in the form of seven exhibitions. Twenty-one artists have agreed to lend us their works to bring them to life. I thank them from the depths of my heart.

Bergen Assembly, Saâdane Afif, and curator Yasmine d’O. are delighted to announce the artists for Yasmine and the Seven Faces of the Heptahedron.

For the fourth edition of the triennial, the public is invited to follow the heroine Yasmine on her quest for the Heptahedron, guided by seven enigmatic characters. These seven characters lend their names to seven exhibitions in the city of Bergen which bring together three distinct artistic positions, offering a multiplicity of perspectives on the issues raised by their puzzling titles.

Join us in Bergen to uncover what lies behind the Seven Faces of the Heptahedron.

The Coalman at Gyldenpris Kunsthall
Augustin Maurs, Claude Debussy and a selection of vernacular coal sculptures by miners

An Acrobats at Kunsthall 3,14
Protektorama, Schwarmwesen and Transformella [fed and cared for by JP Raether]

Bergen Assembly is a perennial model for art production structured around public events that take place in the city of Bergen every three years. Each edition is guided by a convener who is free to invent new ways of conceiving the event, allowing each iteration of Bergen Assembly to take on a distinctly different shape and format.

Bergen Assembly originated from the Bergen Biennial Conference in 2009, in response to a proposal by the municipality of Bergen to establish an international biennial for contemporary art in the city. The conference, which discussed the question “To biennial or not to biennial?” with international curators, artists, and academics, was followed by The Biennial Reader (Hatje Cantz/Bergen Kunsthall, 2010)—to date the most comprehensive publication on the global history and practice of biennials or regularly occurring exhibitions and art events.

The first edition of Bergen Assembly, convened by Ekaterina Degot and David Riff in 2013, was titled Monday Begins on Saturday and organized as a narrative unfolding across a series of exhibition spaces. The second edition, in 2016, was led by artist and composer Tarek Atoui, the freethought collective and the collaborative platform PRAXES, who each produced a distinct project. The last edition, Actually, the Dead Are Not Dead, convened in 2019 by Iris Dressler and Hans D. Christ, explored new notions of political assembly in collaboration with a core group of ten artists, curators, writers and activists. This edition of Bergen Assembly 2022, is convened by the artist Saâdane Afif.
www.bergenassembly.no