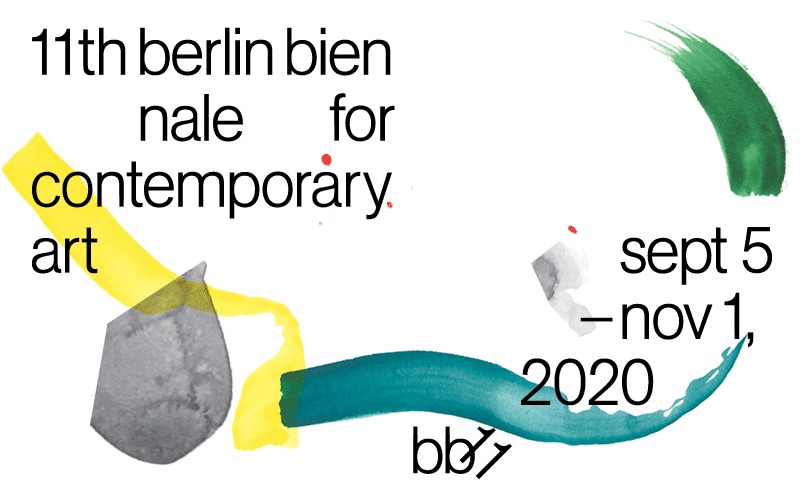 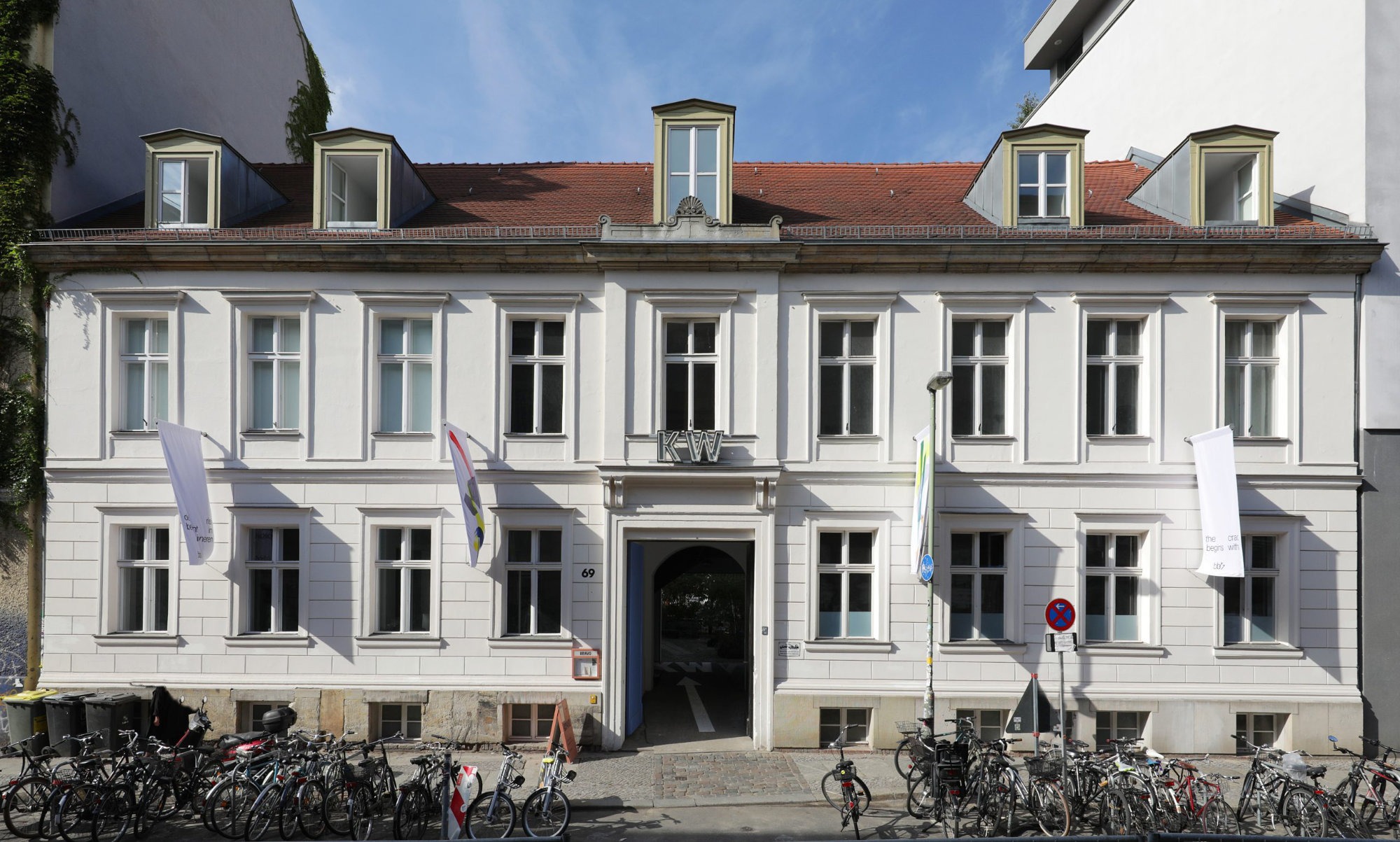 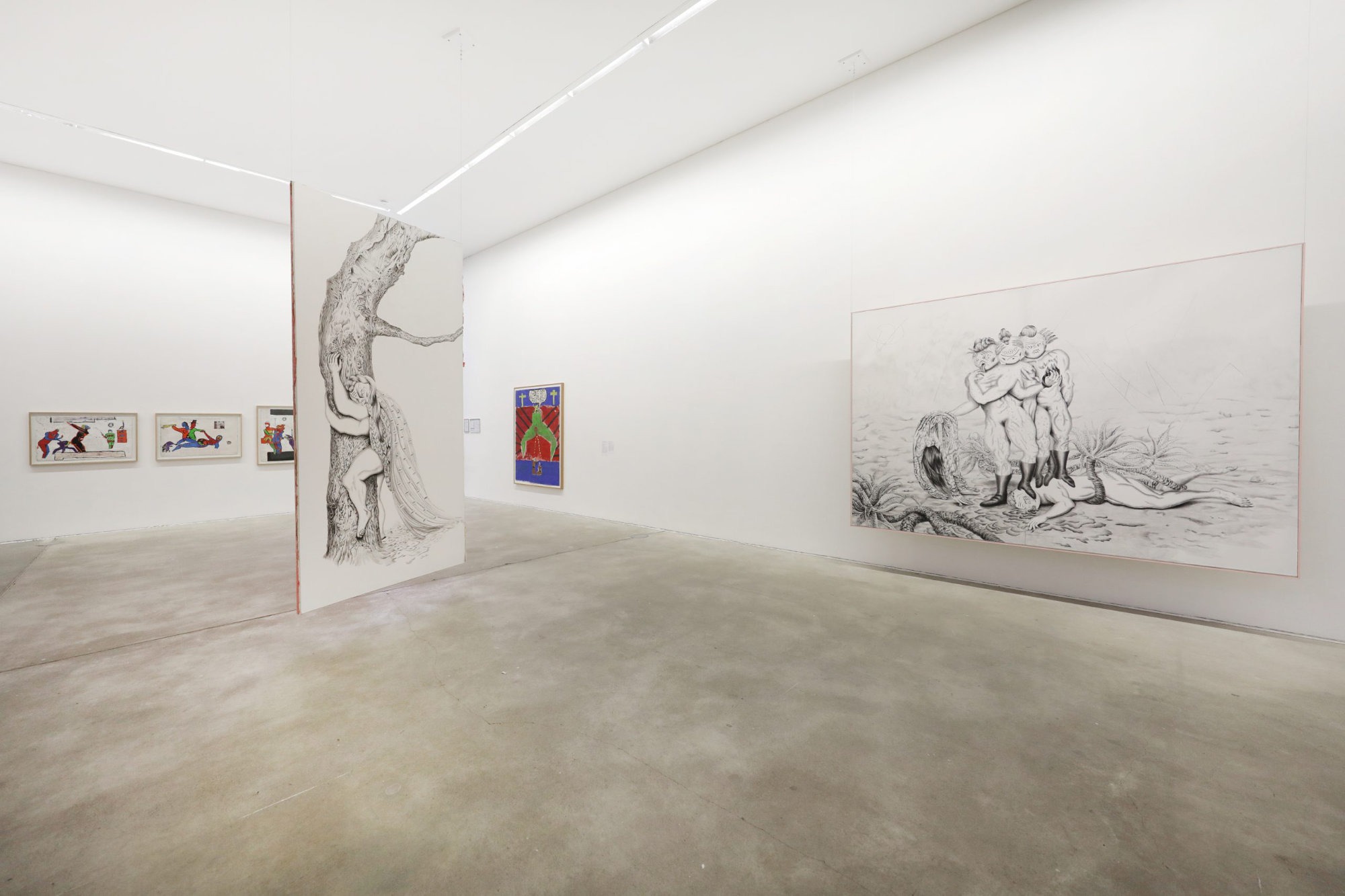 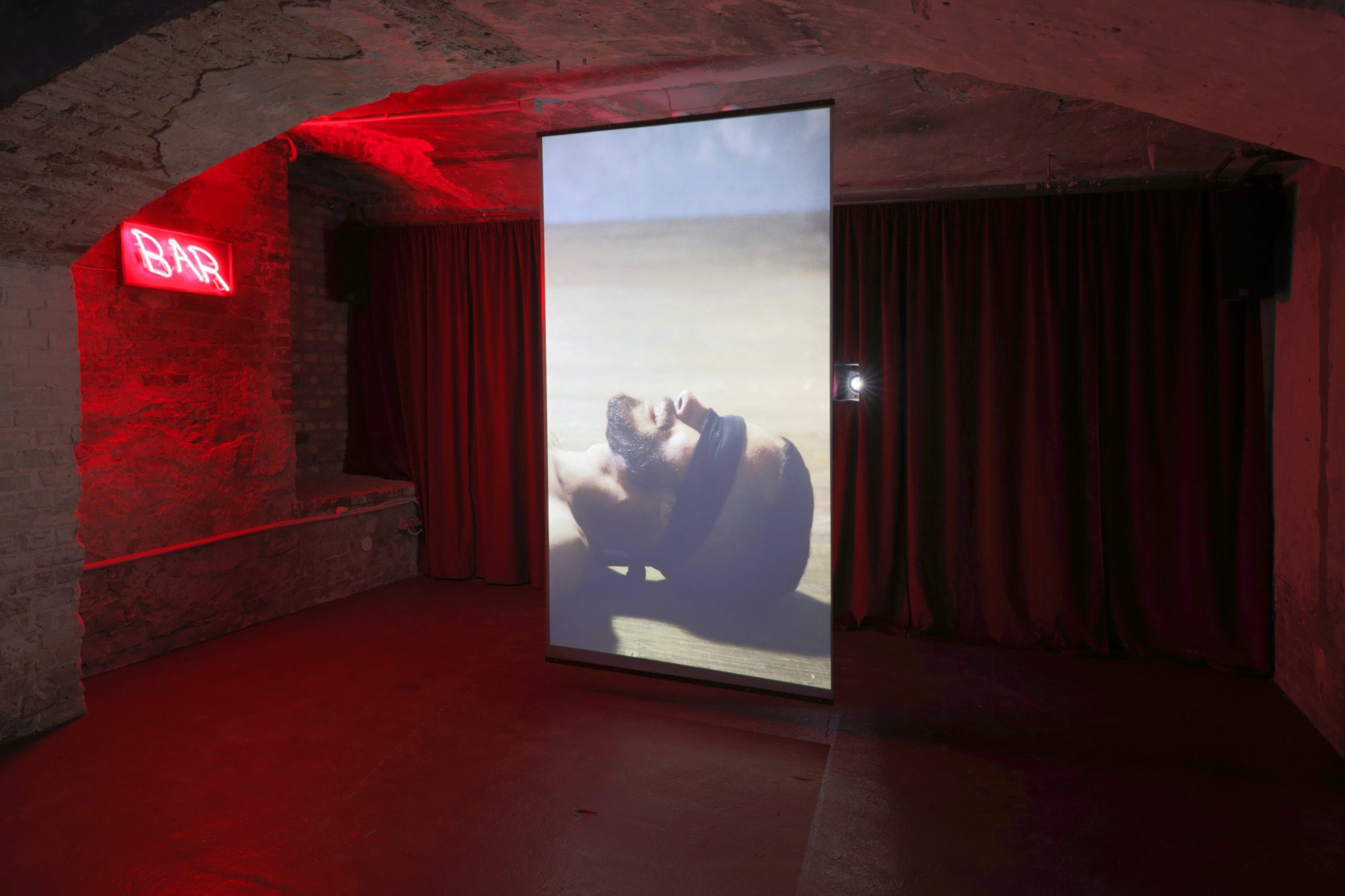 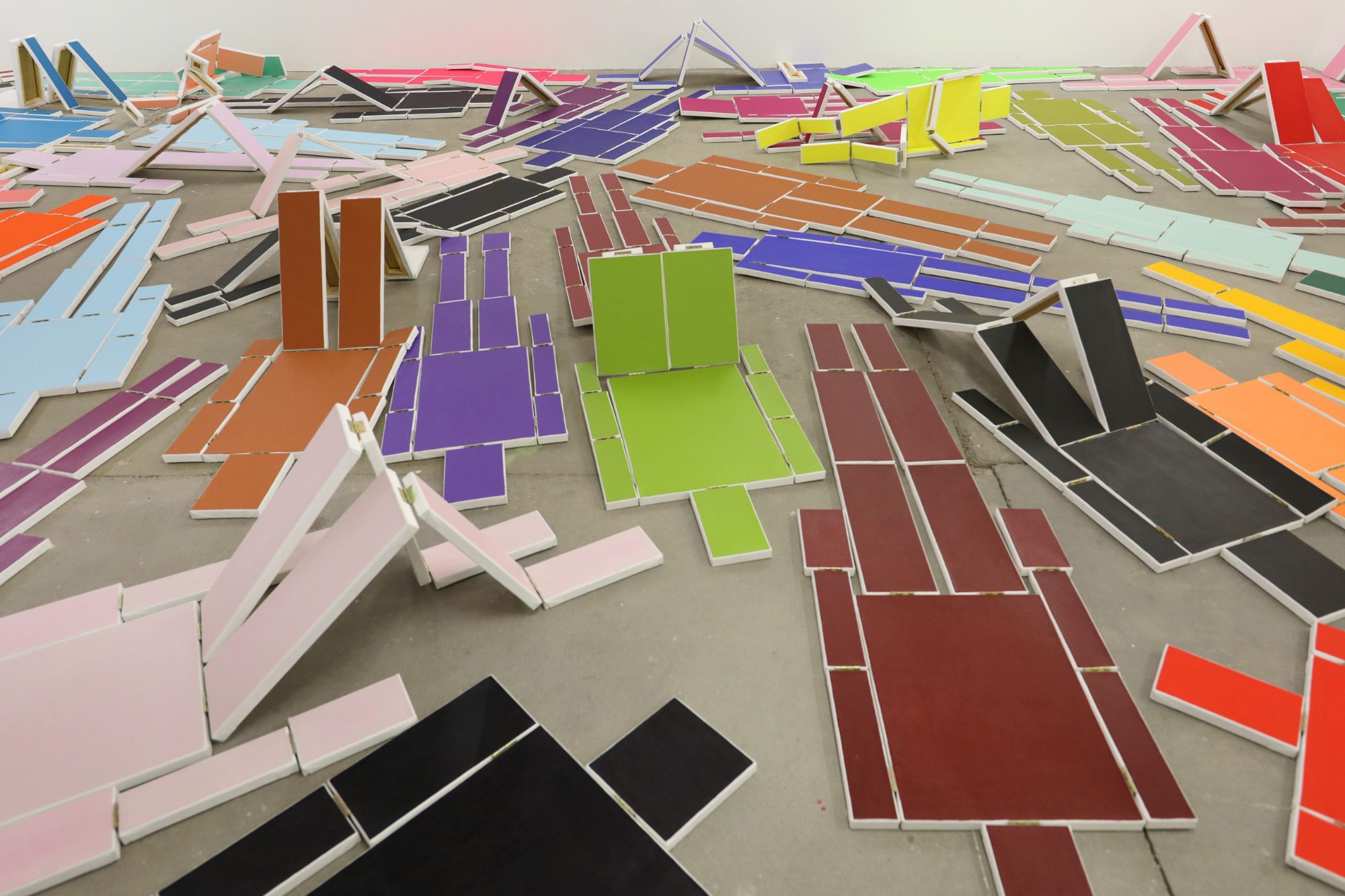 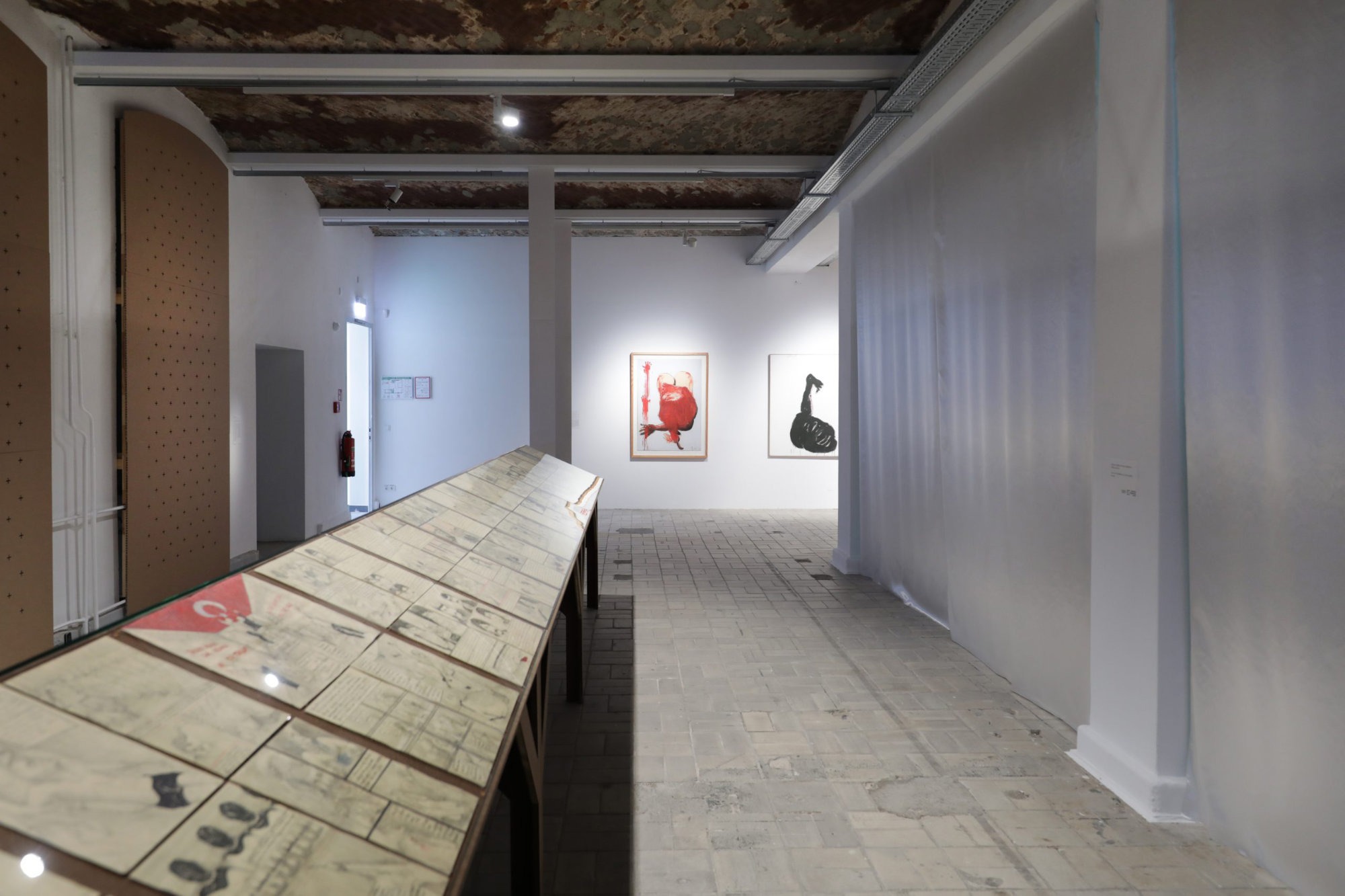 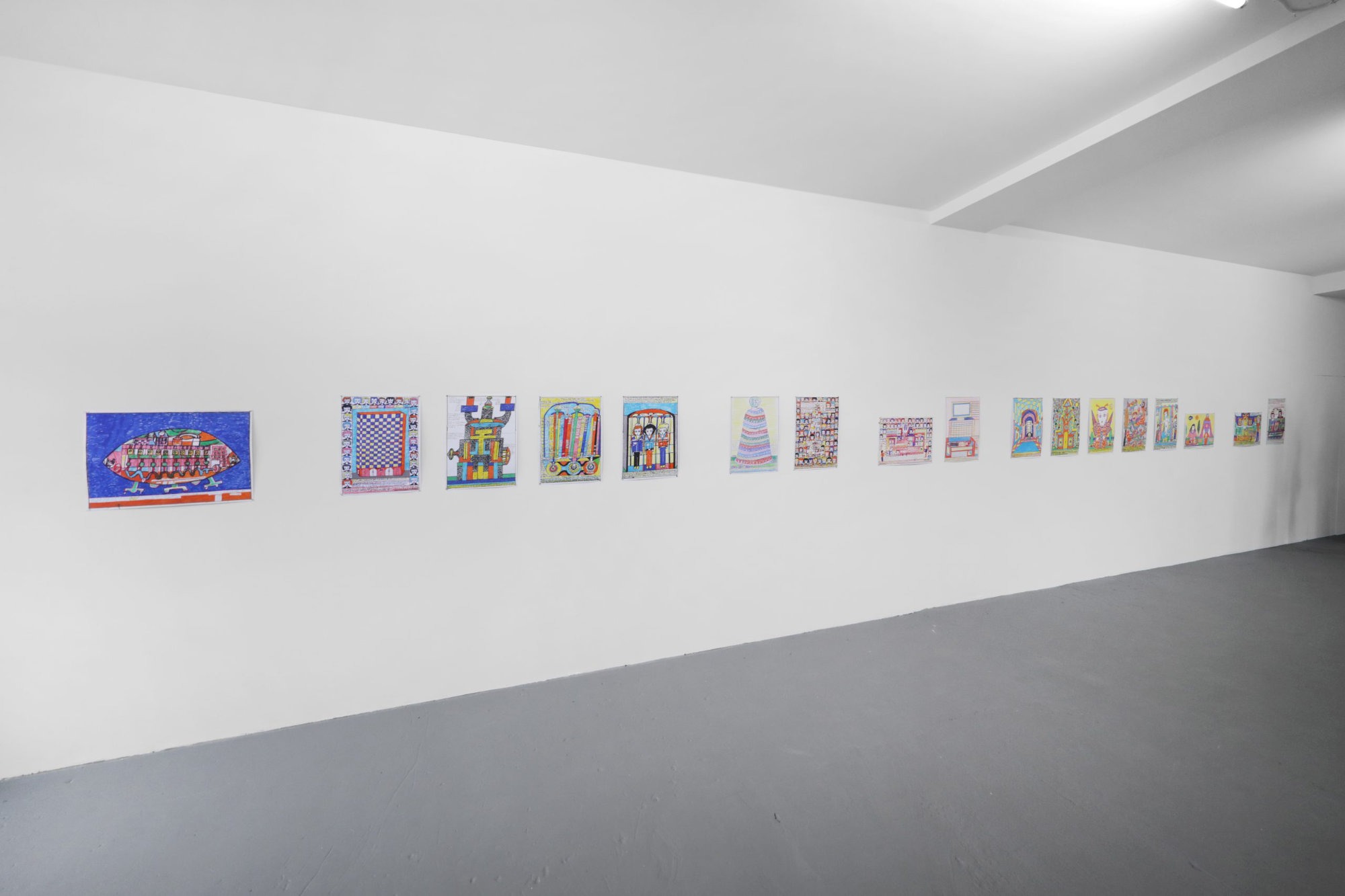 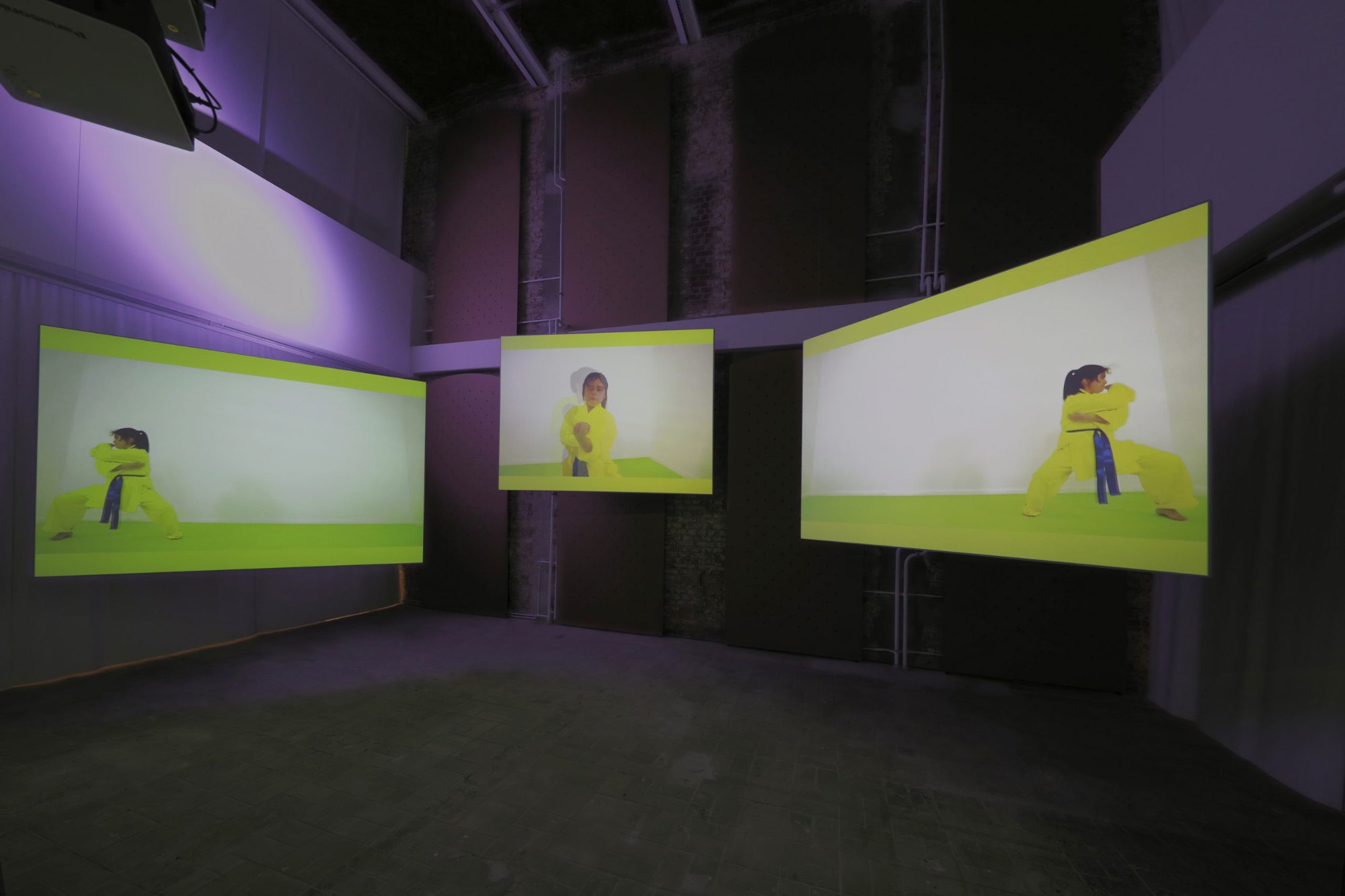 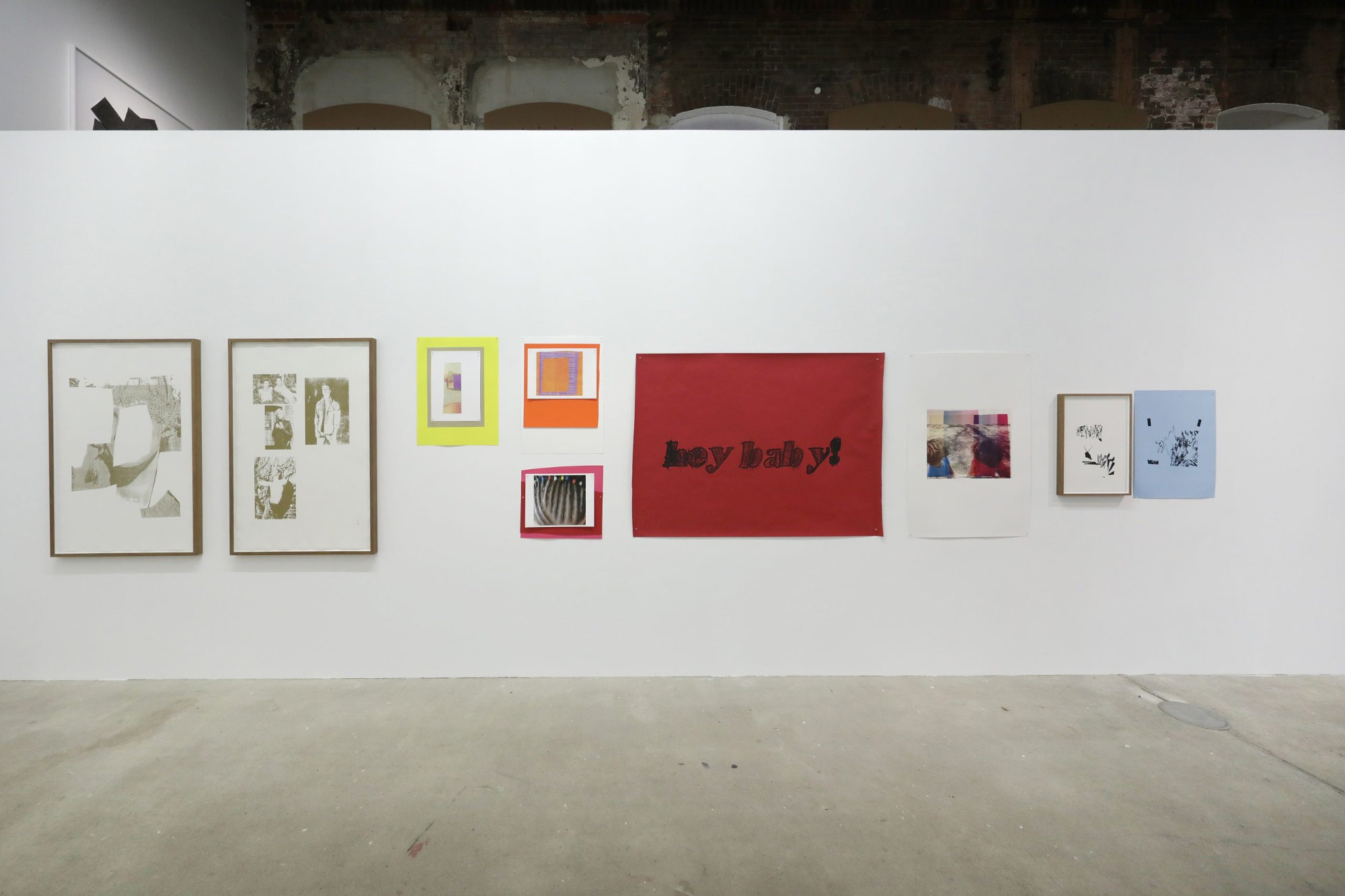 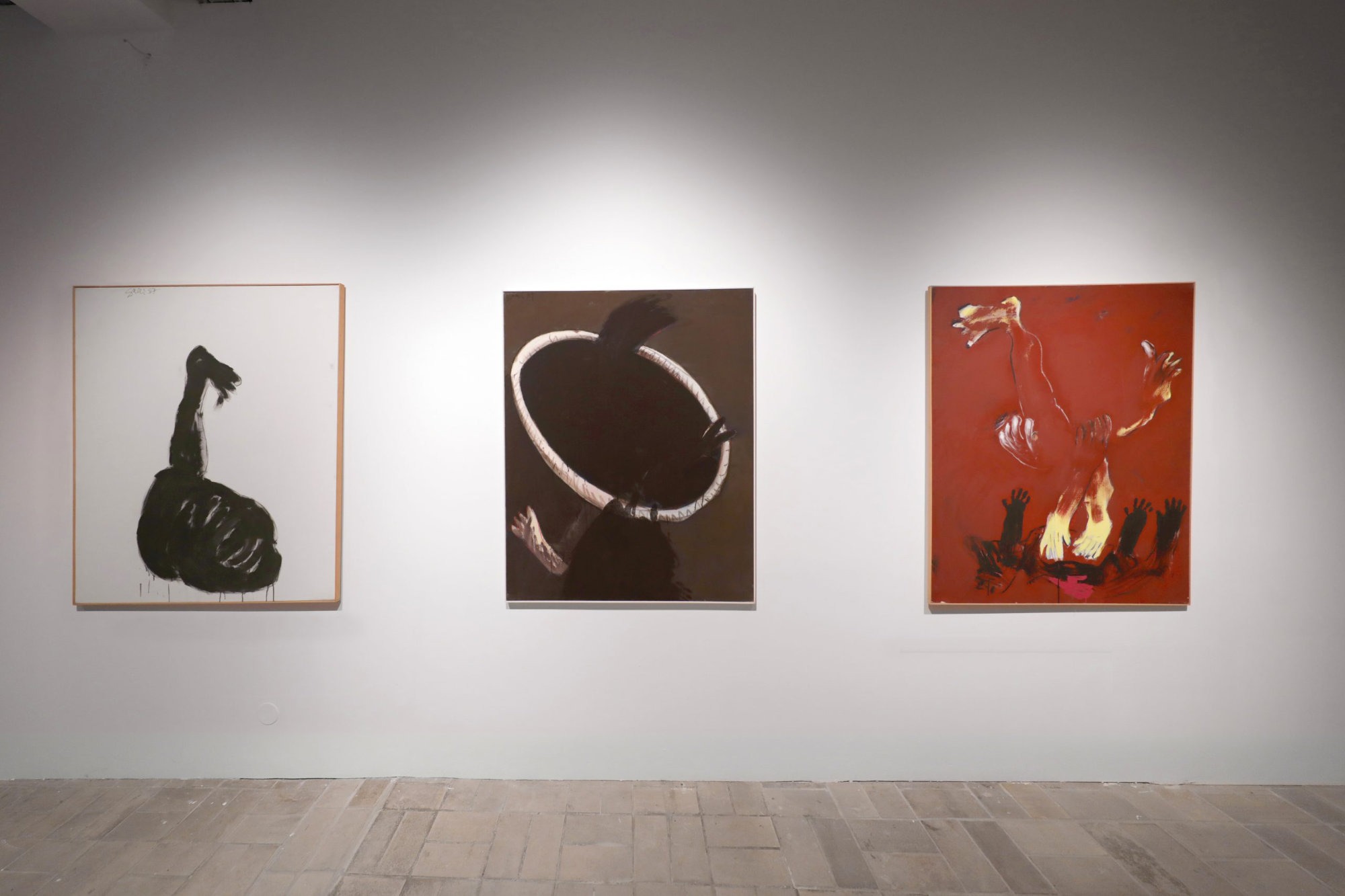 Since September 2019, the 11th Berlin Biennale for Contemporary Art has been unfolding as a process through a series of lived experiences with exp. 1, exp. 2, and exp. 3. In a fourth step, conceived as an epilogue, the 11th Berlin Biennale will bring these experiences together with artistic participation from around the world. In their diverse modes of articulating solidarity, vulnerability, and resistance, these contributions rise up to materialize the complicated beauty of life amidst the turbulent times we inhabit.

The slow opening of the 11th Berlin Biennale began a year ago, and since then it has been exploring the many cracks we carry, the fissures that keep us apart and those that bring us together. Many of the invited artists and participants in the Biennale have been exploring and practicing this, each in their own artistic terms, in their own contexts and temporalities. Making space to share these experiences demanded that we slow down the unsustainable pace of biennials and forgo the expectation of a singular concept, a novel idea to once again fix things into place. When the coronavirus pandemic hit the European fortress several months ago, it felt for a moment that the earth wanted to stand still. The virus exposed the cruelty of everyday life and the inequality endured by the vast majority of people imprisoned by patriarchal capitalism. As we write, many of those whose works are present in the exhibition are in the South and continue living under lockdown, in places where professional healthcare is a luxury, safeguarding only the privileged.

“The crack begins within” are words borrowed from poet Iman Mersal. She explores the many ghosts of motherhood, tearing apart its contemporary morals. She begins with the refusal to become the sacrificed, the “egg that the newborn breaks en route to life.” She rummages in the crevices of this dissent, exploring the many ways that within all the brokenness the mother and child carry, there is pain and beauty, mourning and living. As the epilogue of the Biennale The Crack Begins Within calls out the fallacy of claiming for oneself the destruction of the old and the birthing of the new, refloated so many times by the white fathers as a new scaffolding to secure the continuity of their decaying structures. This is the violence that surrounds us, and that we are a part of.

The Crack Begins Within comprises the overlapping experiences of the artworks gathered here, breathing together, touching and moving one another. It is a testament to the powerful collective stories they tell, the work they do, and the
things they shatter. The epilogue is an exercise of mutual recognition, an acknowledgement of the cracks in the system, of those broken by it and their struggles. As the carceral politics of compartmentalization are cracked open, art will not disappear into nothingness, but flow into everything. The Crack Begins Within is a nod to the solidarity in vulnerability of the healers and carers, the fighters, their fractures, and their power.

Can patriarchal violence be purged from our collective bodies? The white father, the priest and the statesman, preaching from their nationalist pulpits continue to be celebrated by the masses. Within this barefaced crowd of worshippers bodies press up against one another. The sexual politics of fascism can be felt in a communion of ecstatic repression that lashes out at all heretics. The religion of colonial capitalism, in its many mutations, continues its criminal rampage against a rising majority of non-believers. They, in turn, are defacing the old pale gods and their fundamentalism, vandalizing their cathedrals, proclaiming that their statues will also die. The clergymen warn that this pagan enemy is powerful, invisible, and everywhere, and fortunately they are. Confronting the new theocrats and their followers, their murderous histories, stand those who fight back by simply living their lives. Their very existence is an exercise of survival, manifested in the everyday struggles occurring at this very moment all over the planet: Lullabies sung by elders, insurgencies woven by Indigenous women, children torn from their mothers finding new kinships. Emancipatory cosmologies and sexualities create personal and collective antichurches, queer and transfeminist temples, which confront the tactics of fear and fanaticism spread by the autocrats and their macabre processions. They say, “We are the granddaughters of the witches you weren’t able to burn.” They perform rituals of feminist solidarities. They invent matriarchal alliances of rebellious mourning. They share their vulnerability and their stories. They are spiritual healers. And, they are always many, never just one.

Cities are not made of buildings, but of soft bodies in movement and their cartographies of affect. The clothing we wear helps us make, inhabit, and transform space. Is it possible to wear a place one wants to go to? Is it possible to dress oneself into the collective bodies we desire? Welcome to the storefront for rebel bodies and their choreographies of disarmament. Prêt-à-porter architecture for vulnerable movements and their politics of fashion, tearing down the hypersexualized normalcy of department-store season collections. Clothing as a second skin of protection and care, exposing the masquerades of birth and biological givens. Dress and costume as a caressing flexible fortress, a room of one’s own. Trojan geese and opossums as gentle organic vessels from which to jump out of and dismantle the peddlers of corporate profit and rip apart the uniforms they impose. Outfits and prostheses as acts of love, ways of listening and being with each other and our surroundings. Clothing, coverings and uncoverings, as language and territory. White walls are softened, veiled, made light-reflexive, embracing all in their shimmery drag. This is a storefront for queer and dissident bodies and their fierce promenades.

How to grieve the loss of that which was never allowed to exist? All that was erased and silenced in the name of progress, of beauty, of the future? Museums have been built on such multiple deaths. Those pieces of worlds being broken, their looted belongings, continue to be displayed in small glass coffins. Unable to shake off their impulse to possess and incarcerate, museums eased into modernity by reaffirming that all knowledges are indebted to their “discoveries.” Hygienic white walls declared plagues and plantations a thing of the past. Clean slates and grand halls were built to celebrate their great men and their monumental art. Making things new as a way of fixing the past in a perpetual power relation to their present, highjacking temporality itself. But the stones remember the centuries of burning forests, of depleted lands and lives. They have been observing, and they know that time cannot be broken into a straight line. The ancient sounds of the birds, of the rivers and the rocks ripped from the ground roar over us. Those evicted from history do not ask for permission to exist, and they refuse to forget. They warn us that the dark smoke rising from the cracked mother earth poses dangers to all who inhabit her, that the falling sky is an imminent threat. Aware that these walls cannot contain their experiences or those of their murdered elders, they practice listening to heal the wound the world has become. Their stories of disappearance will be heard and felt. They demand neither inclusion nor new ideas but the unequivocal release of all hostages.

For the past year, our temporary space 11th Berlin Biennale c/o ExRotaprint has been a site of experiences and exchange. Here multiple stories have been told, shaped, and shared in an array of different languages that continue to be spoken and heard in the courtyard and on the street. This has been a place for experimental exhibition-making, for people to encounter one another, have conversations, drink tea, sit and read to each other, create and stage puppet-plays, draw and write, listen and dance. It has been a setting where the process of making is opened up to the unforeseeable consequences of mutual exposure. We, as incomers, have learned from our neighbors, from their careful curiosity and generous disposition—particularly the children, who were the first to claim a part of these quarters as their own. They knew it belonged to them more than to us, and they used it accordingly. We were sad to shut down when the pandemic hit the city, and rejoiced when it was possible to reopen the doors. We tried to act with care and find safe ways of meeting one another again, convinced of the importance of coming together. This place has been used as a safe house for process, a place where things could be slow, porous, and human scale. For us, it became as close to a home as we could imagine. It is a place made of hospitality, not ours to extend, but that of our surroundings, passersby, participants, guests, artists, and collaborators. People have briefly settled here, gathered, walked through, spoken to one another, and listened. What remains is a living archive of the hospitality gifted by them all.

With works and contributions by: