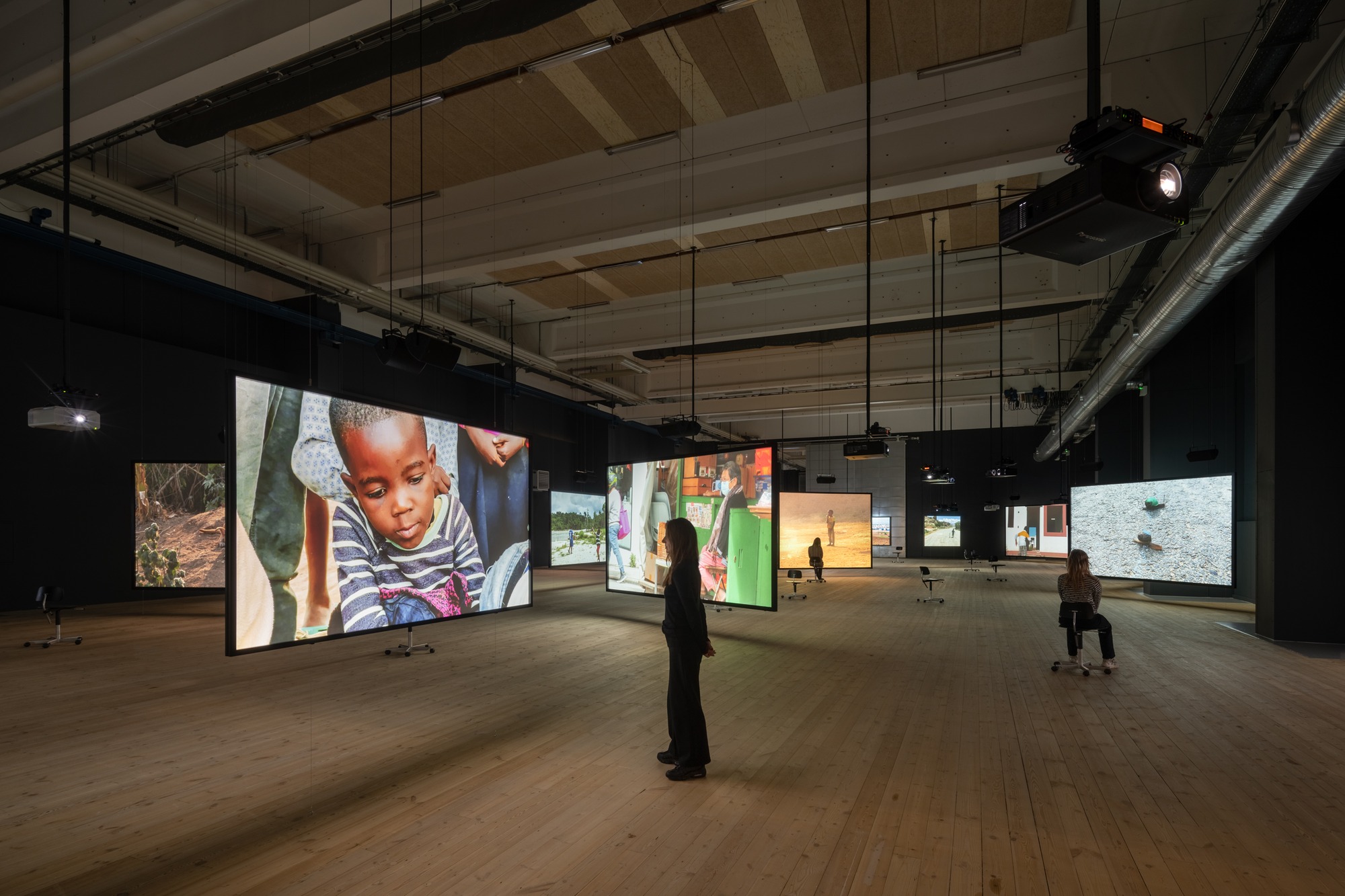 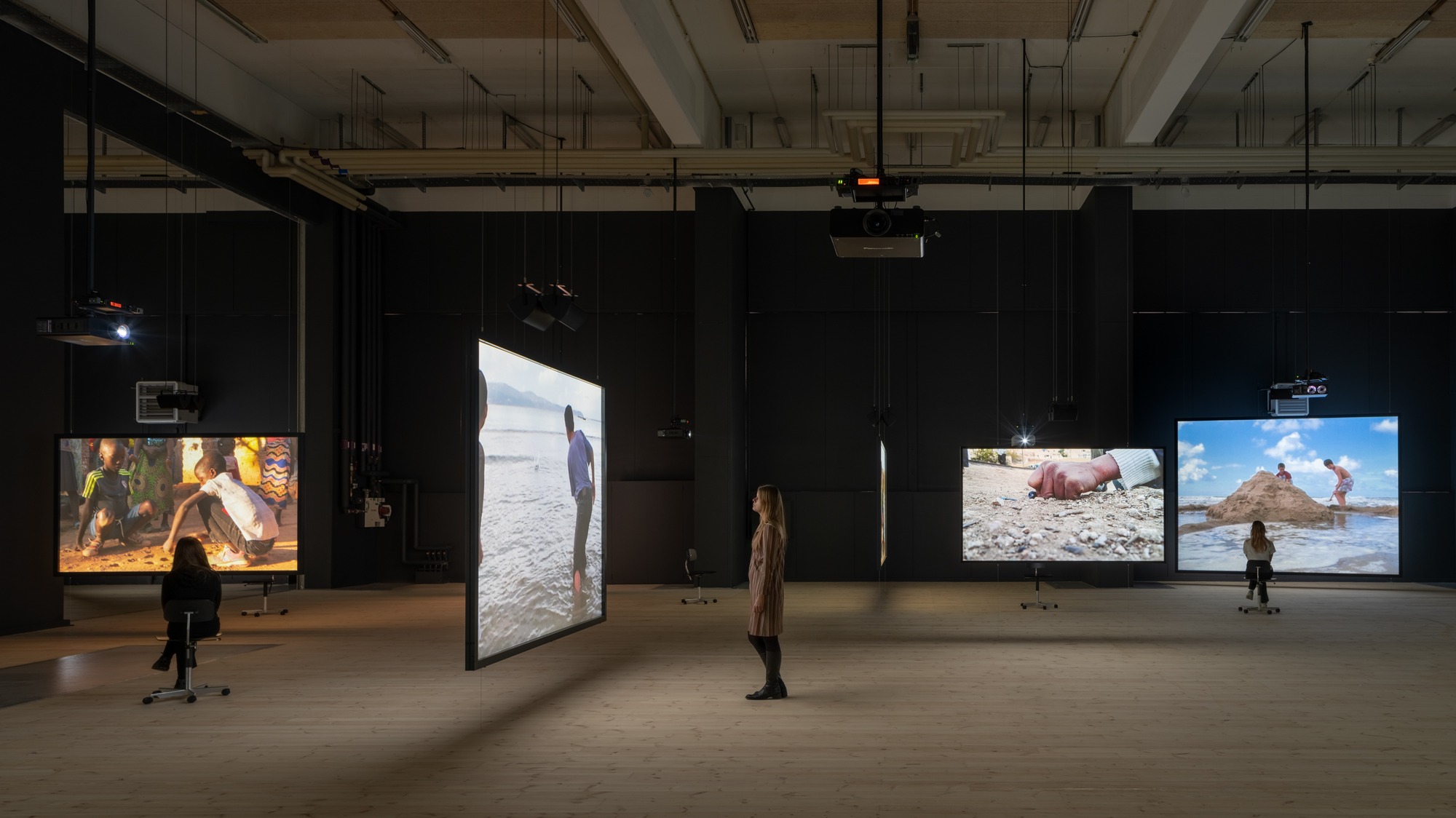 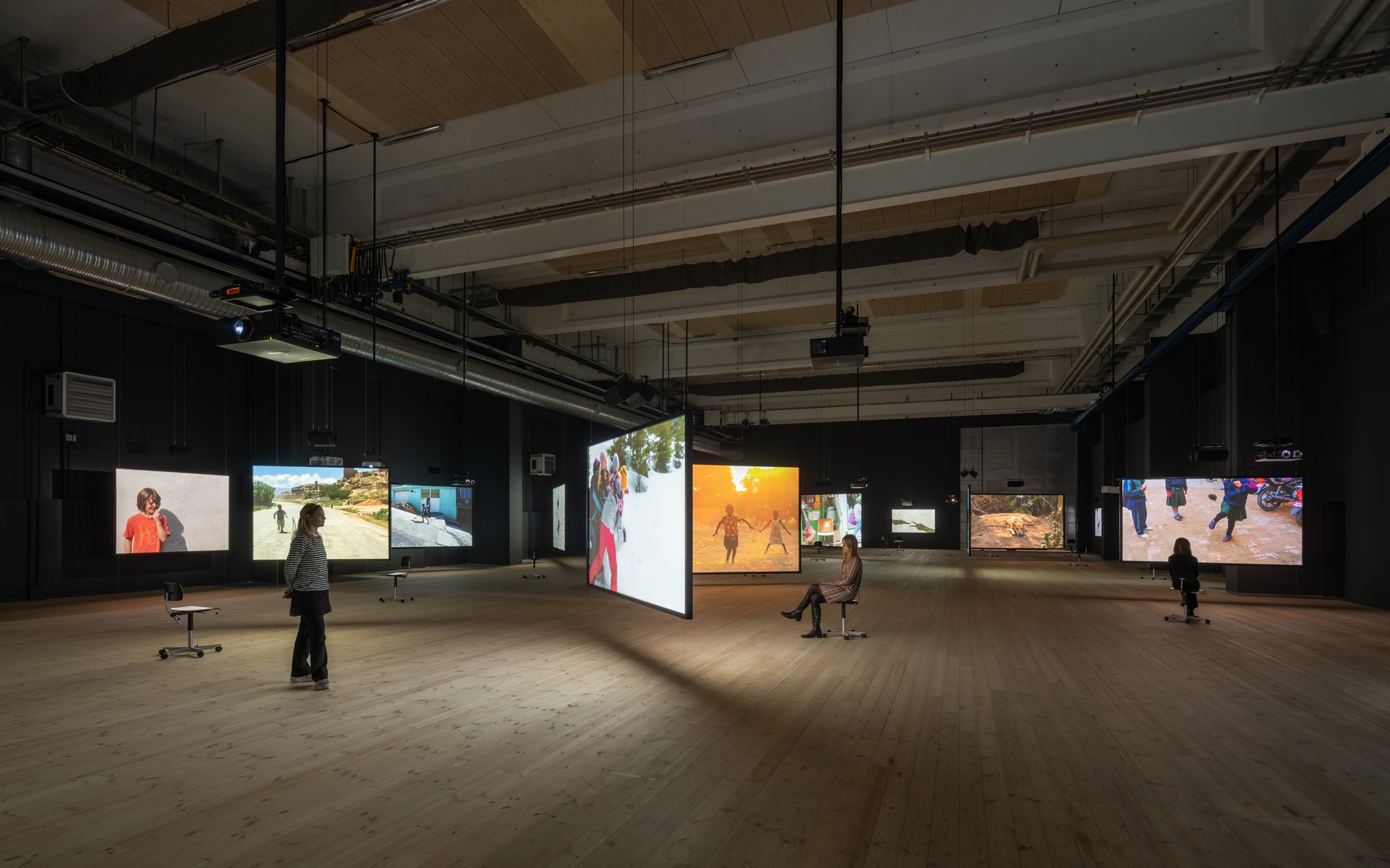 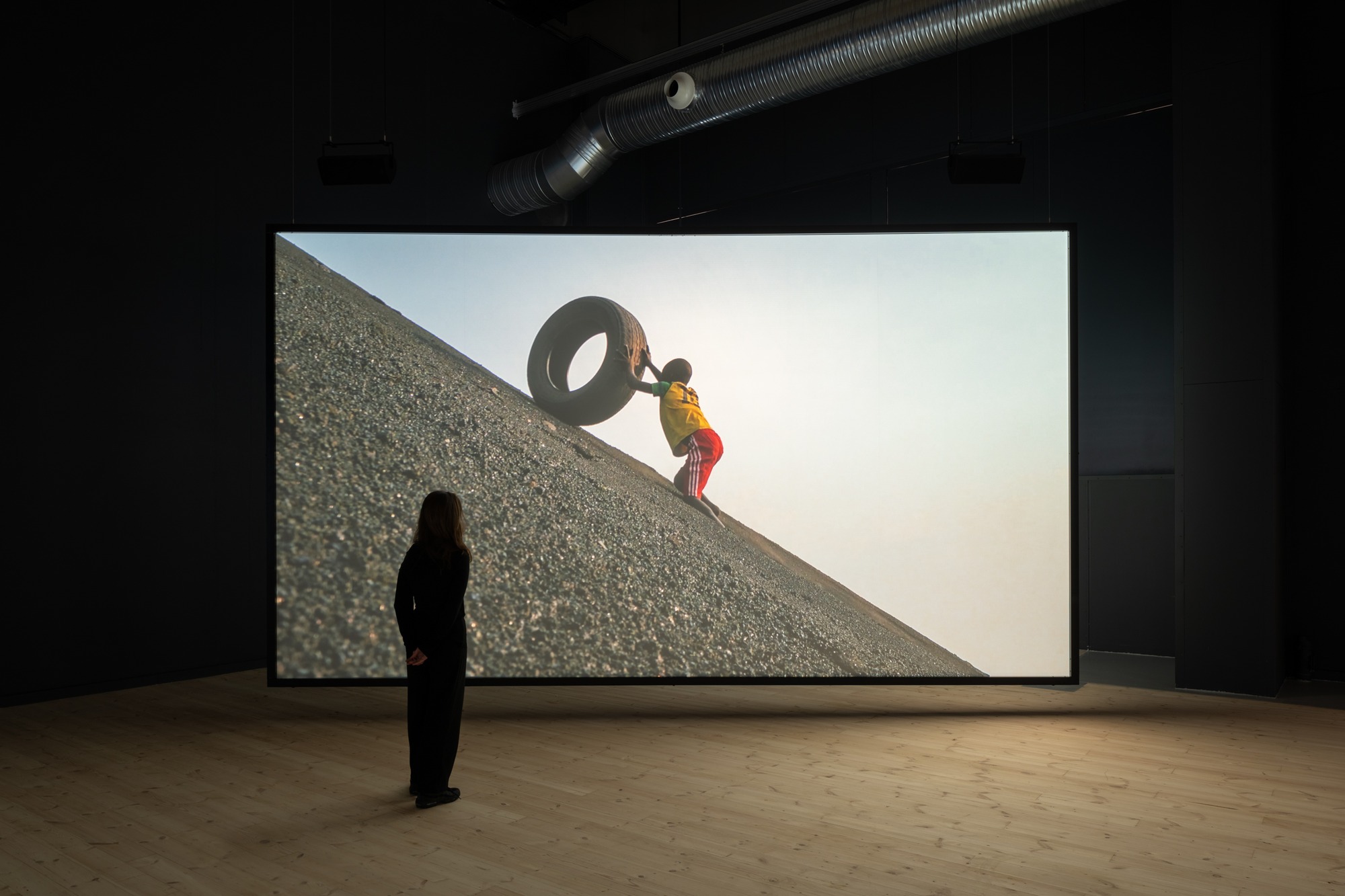 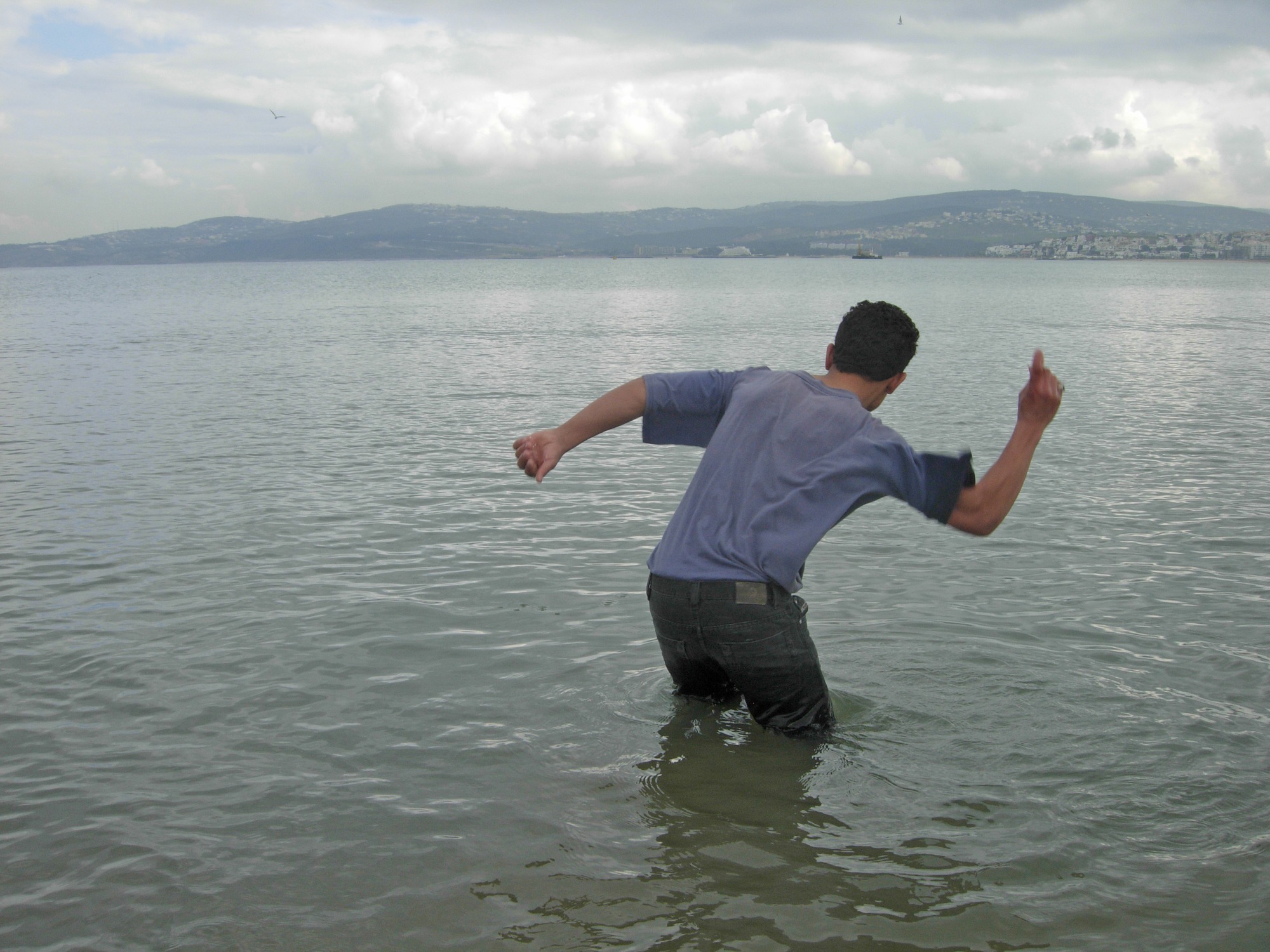 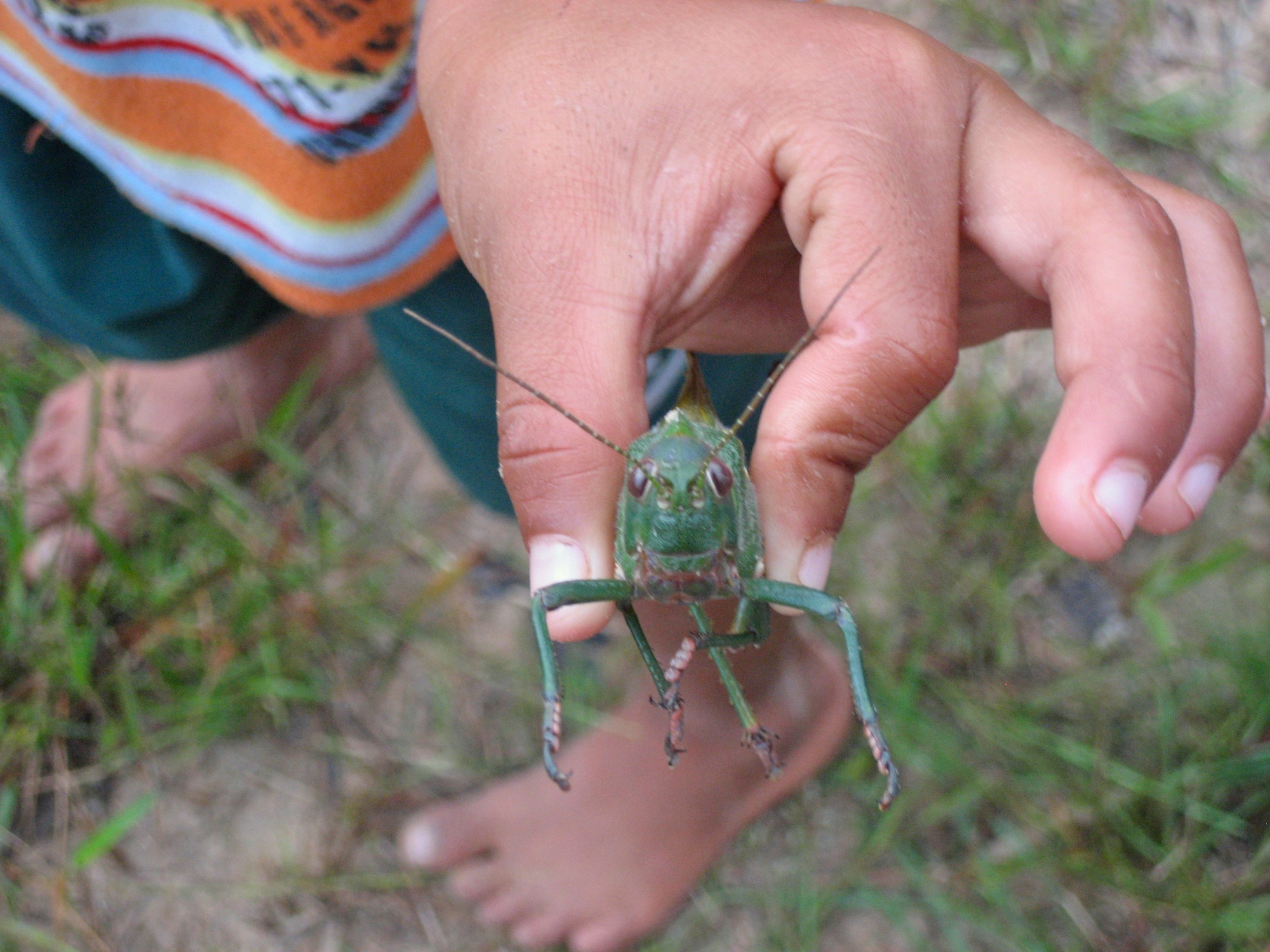 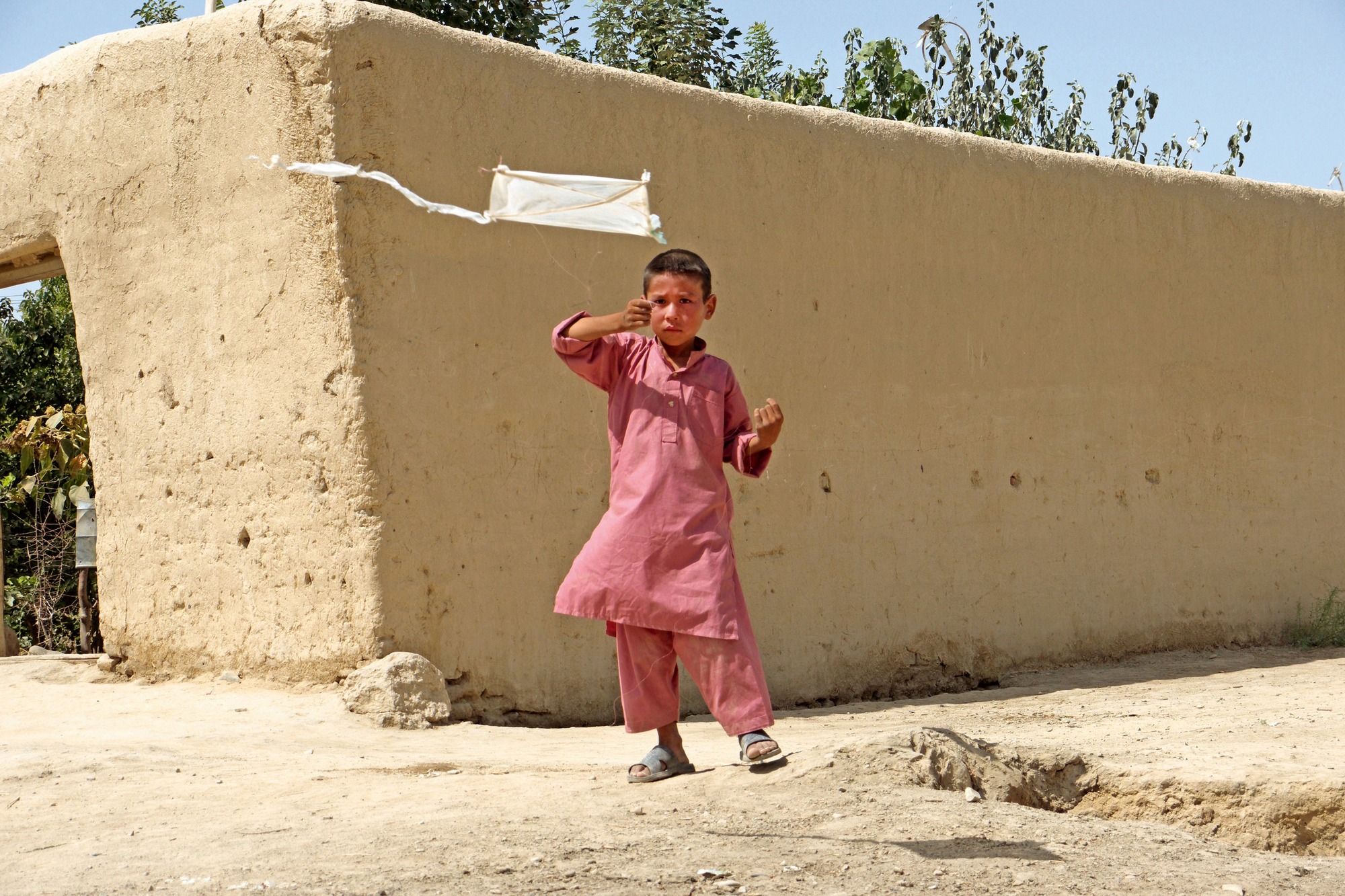 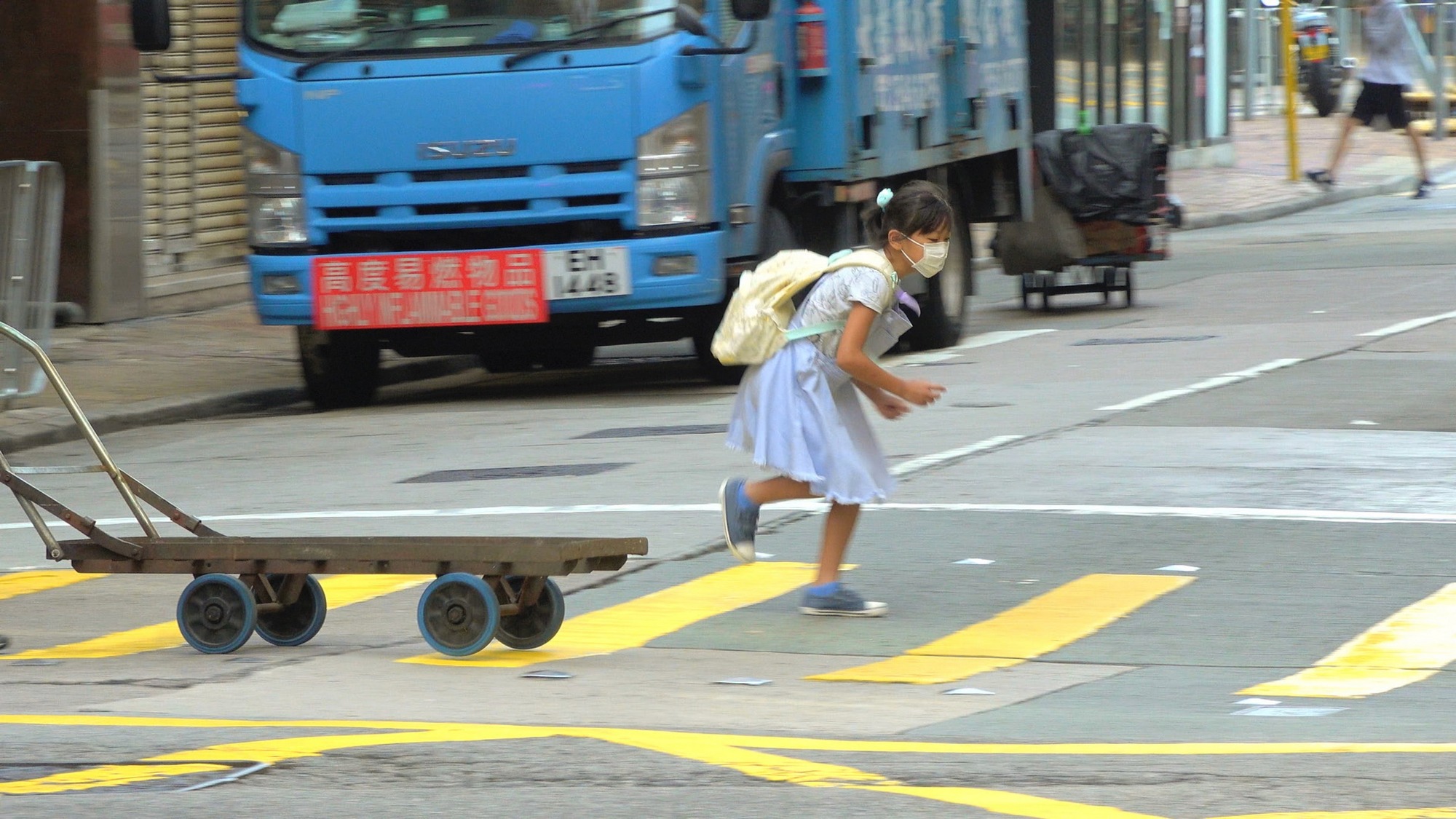 Francis Alÿs, Children's Game #23, Step on a Crack
Hong Kong 2020 – 4’57’’
In collaboration with Rafael Ortega, Julien Devaux, and Félix Blume
Francis Alÿs’s magnum opus, Children’s Games, presents an array of poetic and political video works exploring play as an expression of life. With the whole world as a stage, the internationally renowned Belgian artist documents play culture in different countries, while highlighting the universal nature of play. The exhibition celebrates the intrinsic curiosity and exuberance of play at a time when play is undervalued in modern Western life. The rise in urban traffic, social media, digital games, and the parental fear of letting children play in the public space means that the tradition of playing outdoors becomes less common each day.

For the first time in Scandinavia, Copenhagen Contemporary (CC) presents an expansive solo exhibition by the internationally renowned Francis Alÿs (b. 1959, Antwerp). In CC’s two biggest halls, a grand assemblage of 31 spectacular video works showcases children’s games from around the world. Inspired by CC’s soaring spaces, Children’s Games (1999-present), a key work in the artist’s career, is shown in its most extensive presentation to date. Moreover, Alÿs is producing two new films especially for CC.

Scenes of kids playing musical chairs, skipping stones, laughing, flying kites, jumping rope, building sandcastles and rolling in the snow are displayed on floating screens with footage from around the world, including Mexico, Afghanistan, the Democratic Republic of Congo, France, Hong Kong, Belgium and China. Repetition, curiosity, excitement and joy recur in all the games, as children explore and learn about their physical and social environment.

The games were filmed in cities and villages, even in at-risk areas of conflict and tension. One video shows a group of children in a Yazidi refugee camp in Iraq playing hopscotch – even at a bare minimum, children still engage in free play with available materials.

Play, learning and creativity
In Children’s Games, the classical pastimes with their simple and familiar rules and routines provide a window into the world’s cultures, showing the universal human need to play. All known cultures in the world have a word for play. As research on play shows, children and adults all over the world instinctively recognize a game when they see it, no matter what form it takes.


With humanism and awareness of local conditions, Alÿs portrays public spaces seen through the creativity of children. Play transforms commonplace objects like rocks, coins, plastic bottles, tires and bits of bone into magical universes. Across national borders and cultural divides, play is a space for creativity and learning.

Celebrating play as a universal expression of life, the work addresses a highly topical public discussion. As play increasingly disappears into digital universes, psychologists are unanimous in voicing their concerns about the rising mental health problems of children and teens.

Alÿs’s work points out that play is a basic human behaviour that has been highly valued throughout human evolution, despite its sometimes mundane appearance and the misconception that it’s all just “fun and games”. Turning that notion upside down, Alÿs puts play front and centre in Children’s Games.

In fact, recent studies point to the essential nature of play, not just among kids but as a developmental and reinforcing social factor throughout life. From the workplace to relationships, play holds the potential for social exploration, learning and joy. It is key to curiosity, empathy with others and the appropriation of new knowledge – historically the most winning human attribute.

Marie Laurberg, director of CC, says,
“Humans cannot live without play! Children’s Games reminds us about play’s unique potential for promoting joy of life and creativity – qualities we should encourage and support in children and teens, and in our society as a whole. Francis Alÿs is one of the great humanists of our time, and his work always looks for a spark of magic in humanity.”

At CC play and creativity are incorporated into all parts of the art institution. CC’s ambitious learning strategy for kids and teens is not limited to postexhibition drawing activities but is baked into our work. Notably, this includes an entire hall of art and creative workshops dedicated to children and teens, and a membership card specifically for those under 18.

New initiative: CC Commissions
In conjunction with the Francis Alÿs exhibition, CC is launching a new initiative, CC Commissions, a funding program for contemporary art. Under CC Commissions, we support living artists in the production of new works for CC’s exhibitions and events. This includes production funding and artistic consultation in all phases of the work’s creation. To aid in the realization of work, CC also facilitates connections to scholars and specialists, including specialized manufacturers and craftspeople.

Under CC Commissions, Francis Alÿs is creating two new films based on the traditional Danish children’s games of pass the orange and the human knot.

About CC Commissions, CC director Marie Laurberg says, “CC is Denmark’s biggest institution of contemporary art. As an art center devoted to living artists, CC is not just an art exhibition space but also a place that supports the development of new art. We actively help artists realize their dreams.”

Alongside the exhibition, Children’s Games presents a series of events for children and adults, promoting community, exploration, play and learning.

About Francis Alÿs
The Belgian artist Francis Alÿs (b. 1959) works in the interdisciplinary field of art and social practice. Employing a wide range of media, from performance to video and painting, he addresses geopolitical themes with great poetry. A trained architect, Alÿs in 1986 moved to Mexico City, where he began his career as an artist. He is known for anthropological, aesthetically meticulous videos observing everyday situations around the world. His video works are often accompanied by drawings, paintings and notes made on his many travels.

Alÿs was chosen to represent Belgium at the 2022 Venice Biennale, where he showed a small selection of recent works from the Children’s Games series.
www.copenhagencontemporary.org