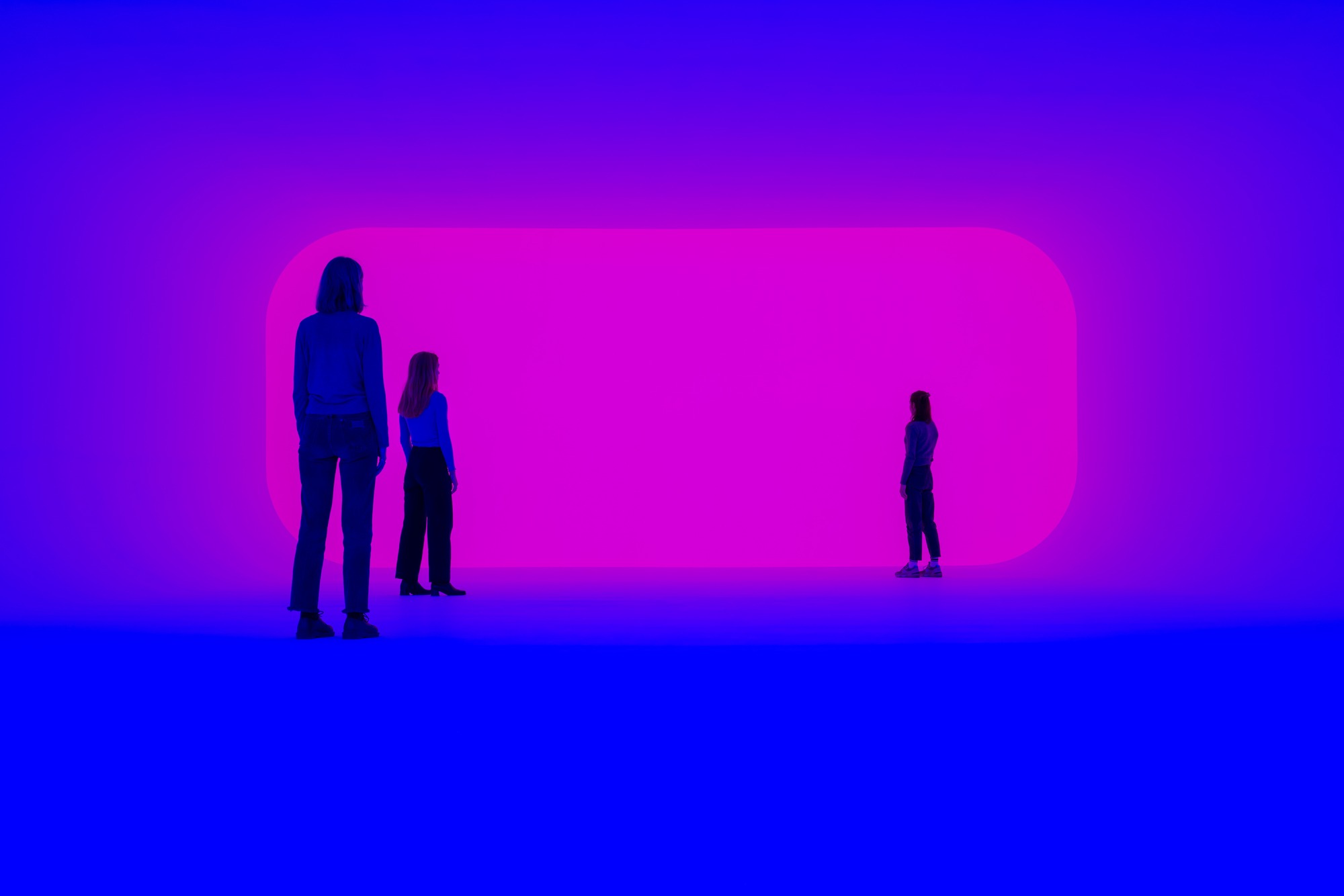 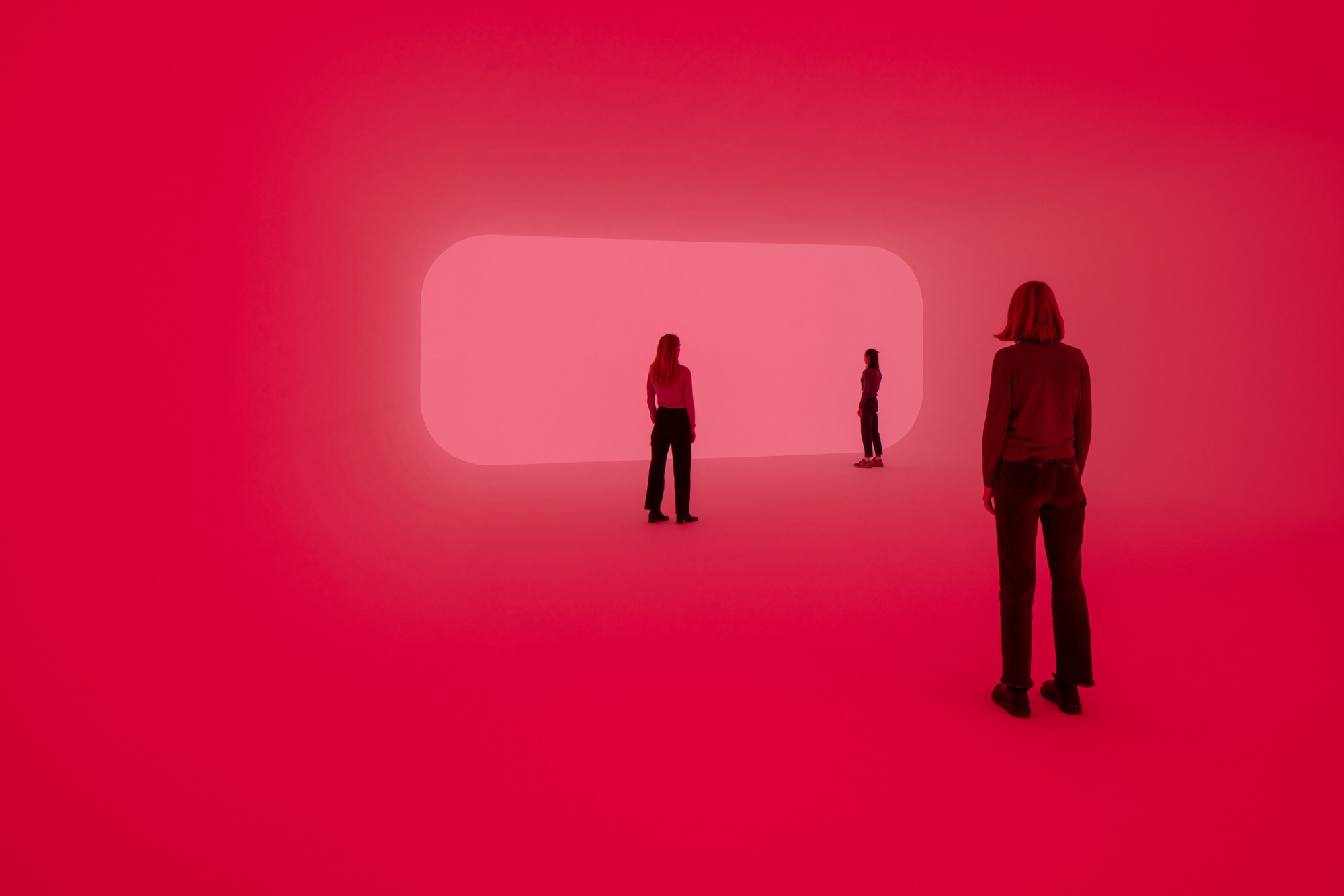 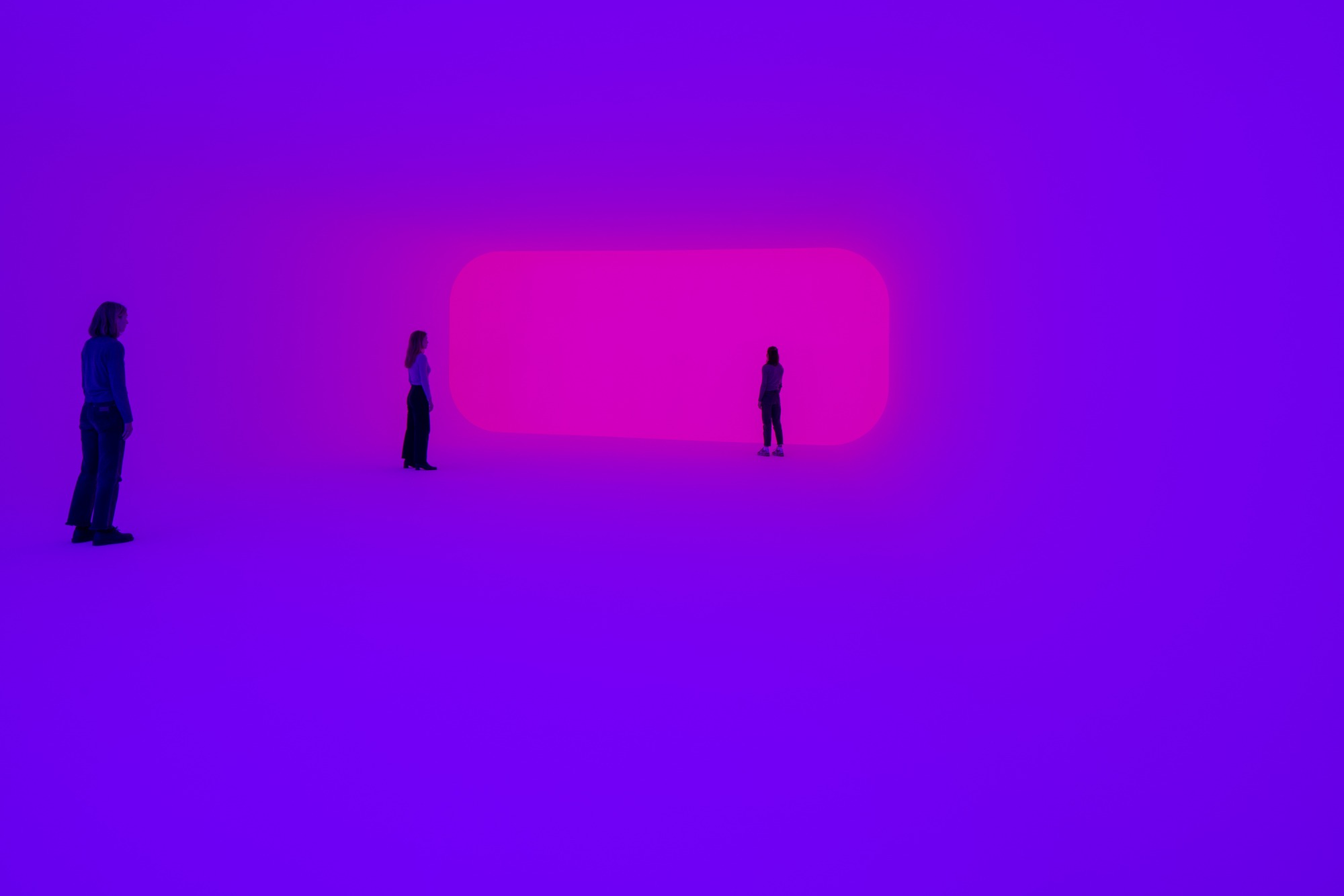 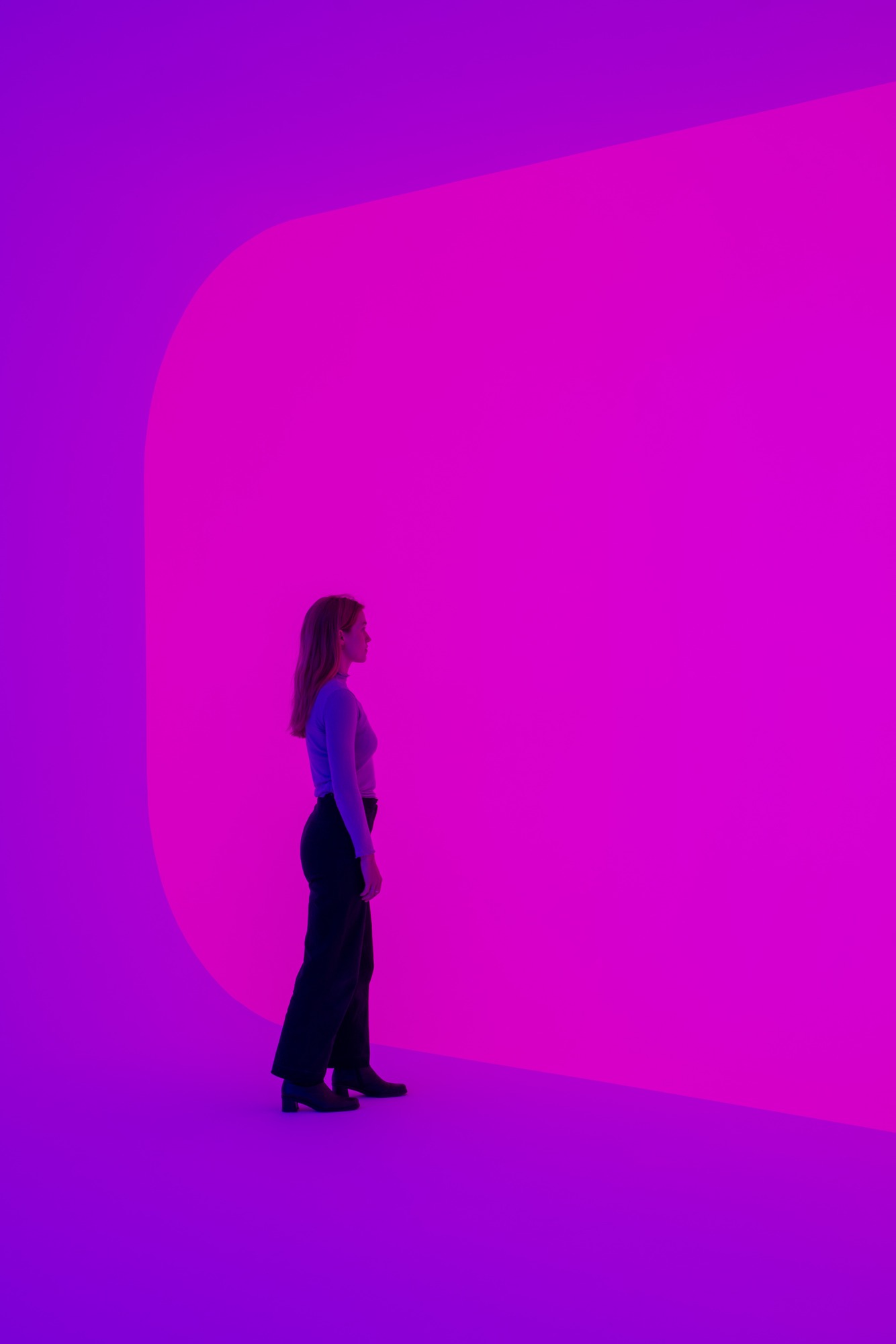 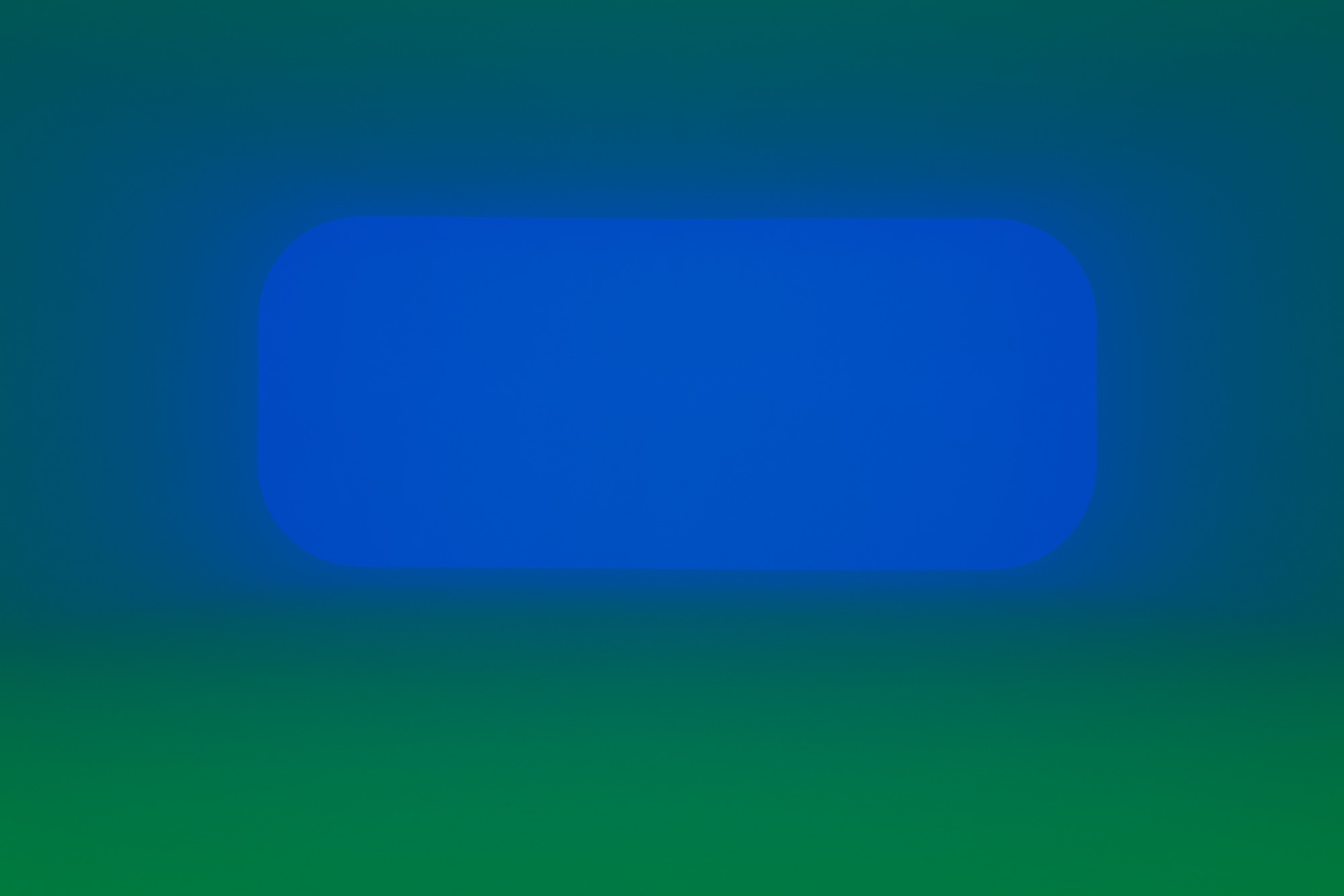 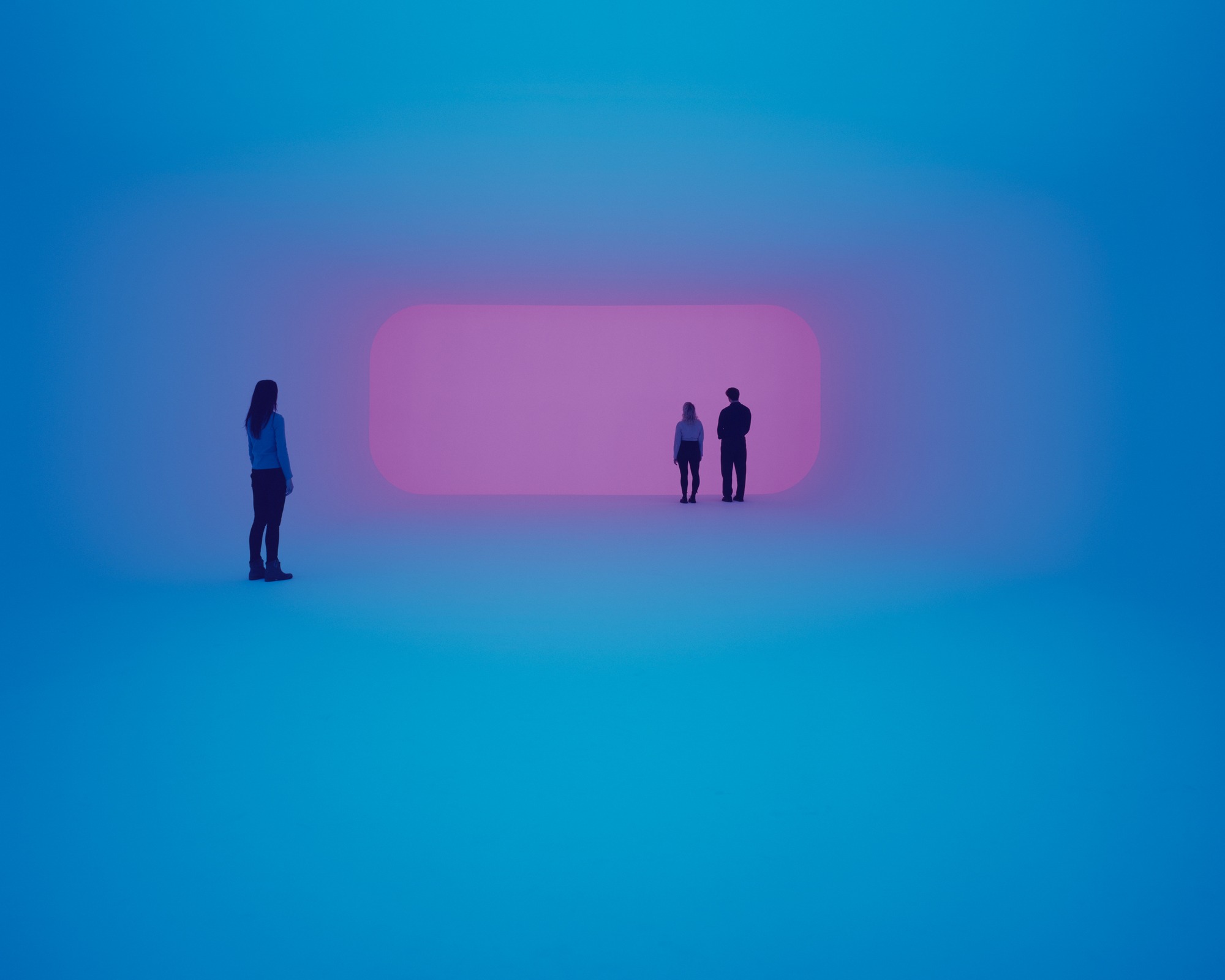 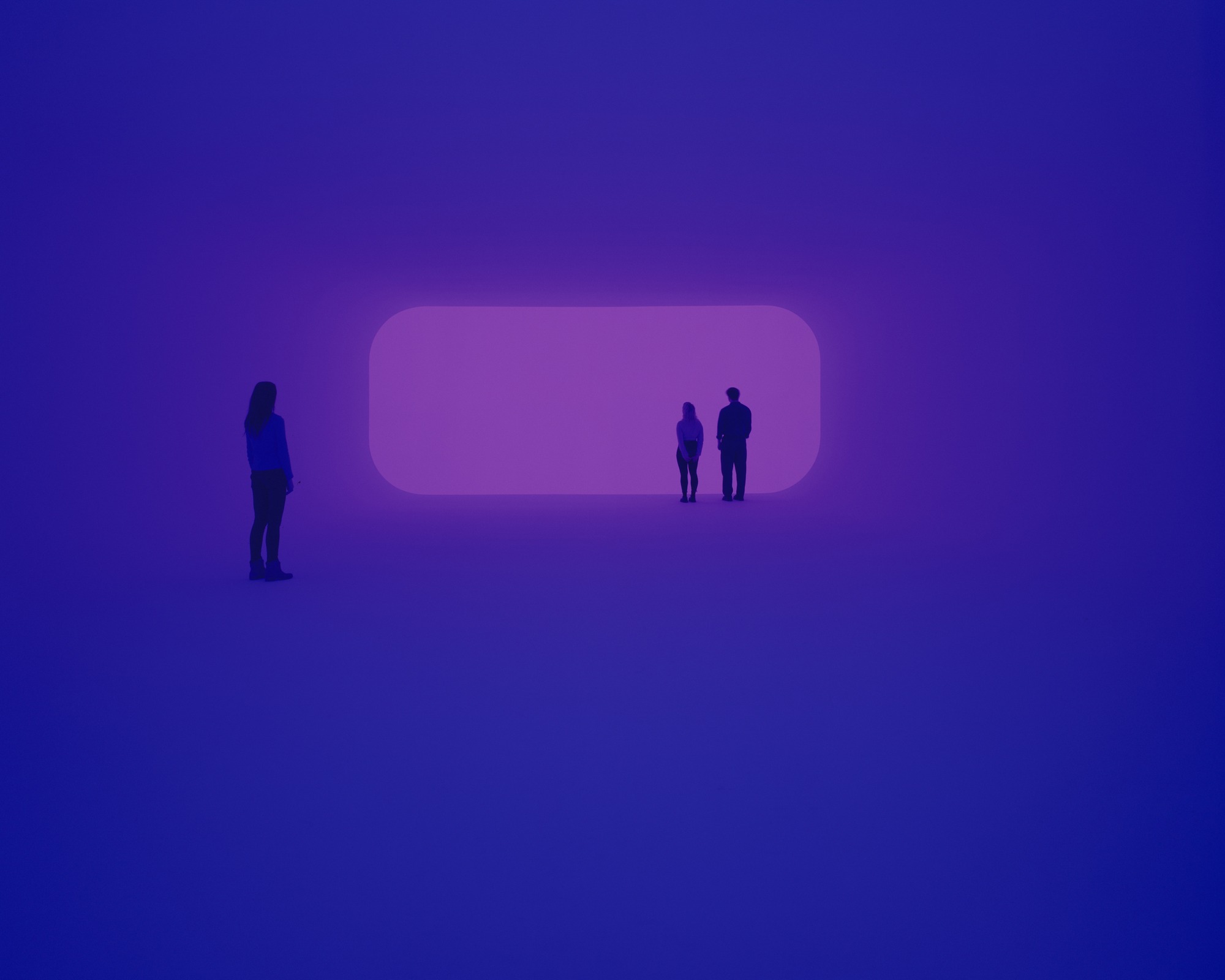 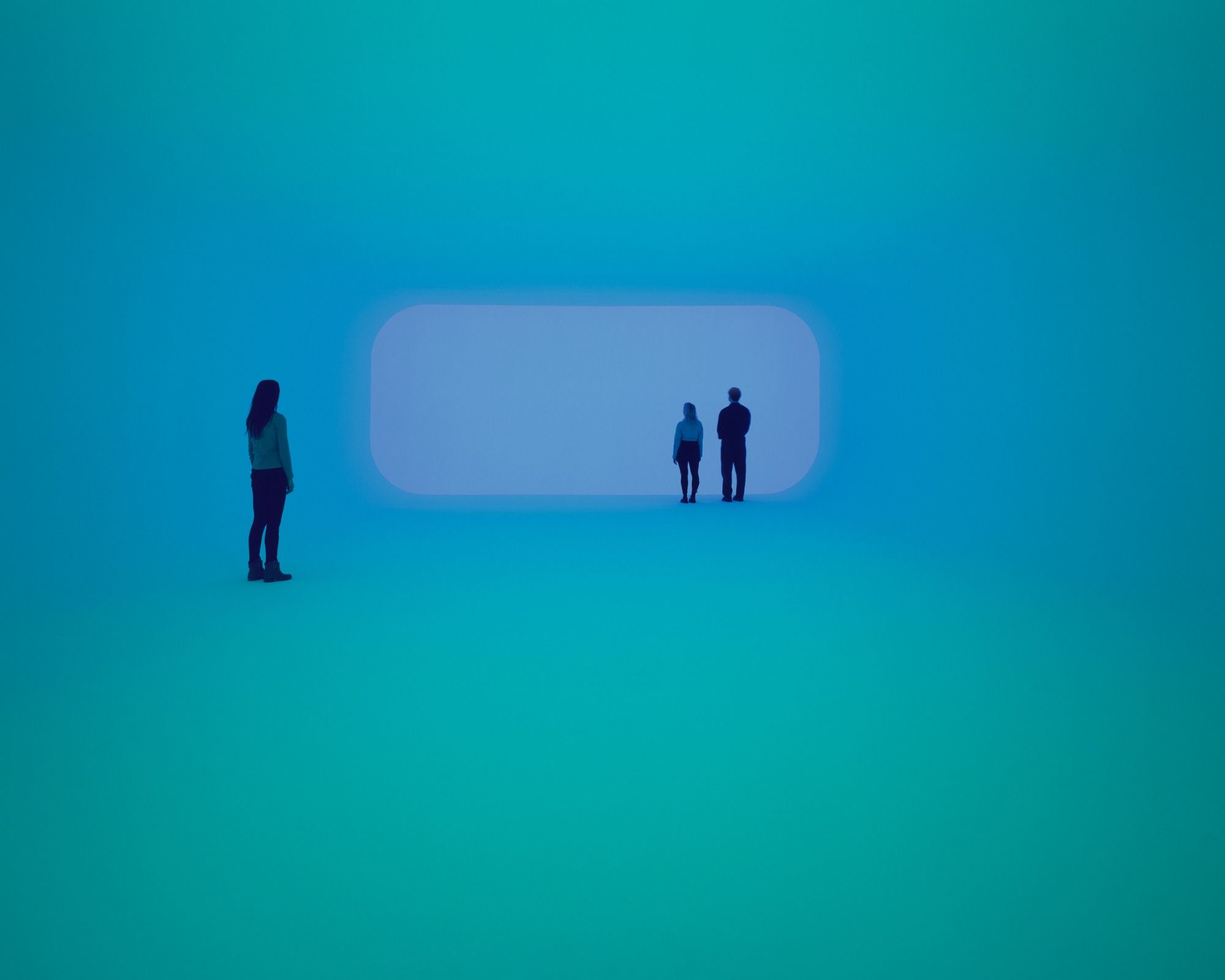 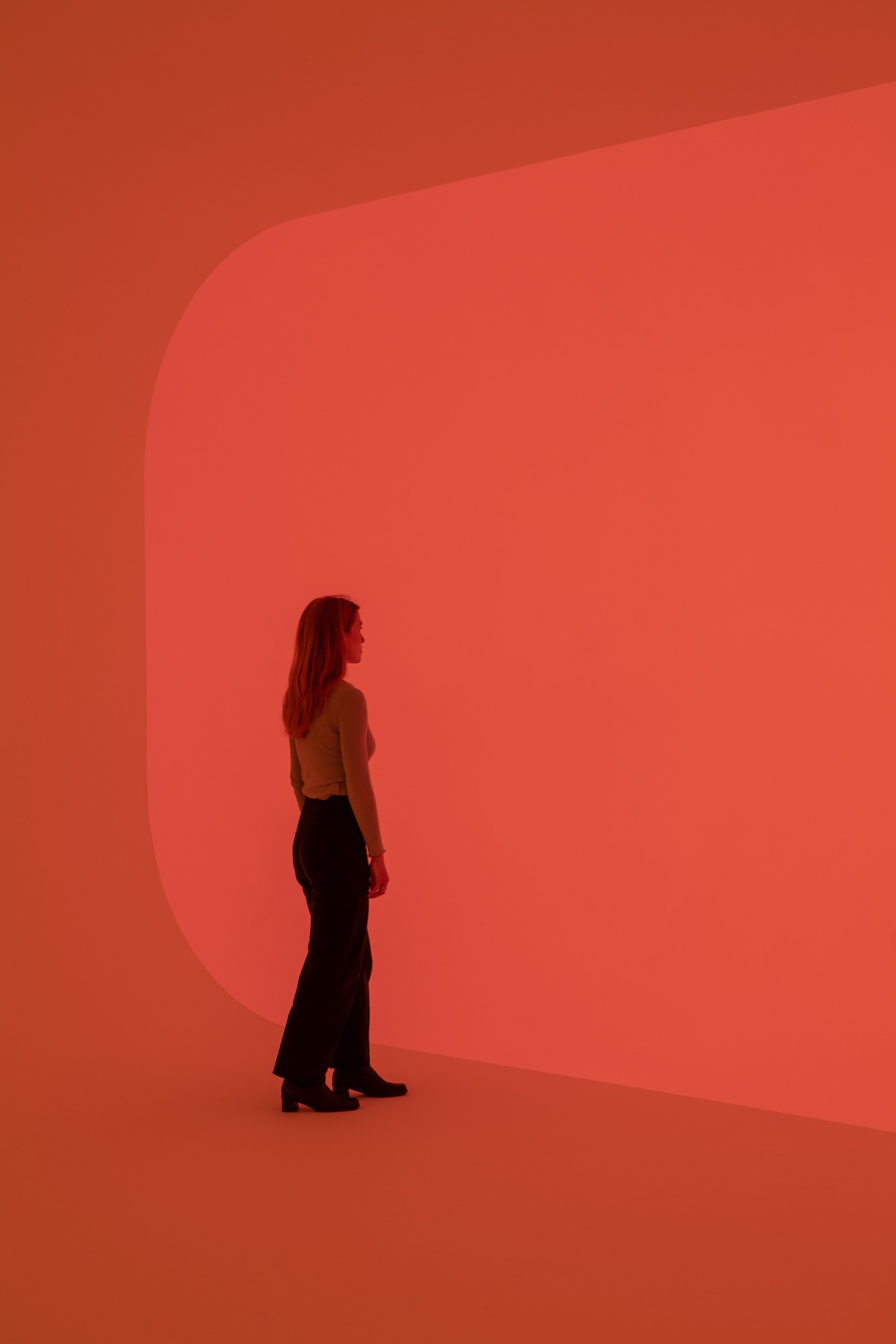 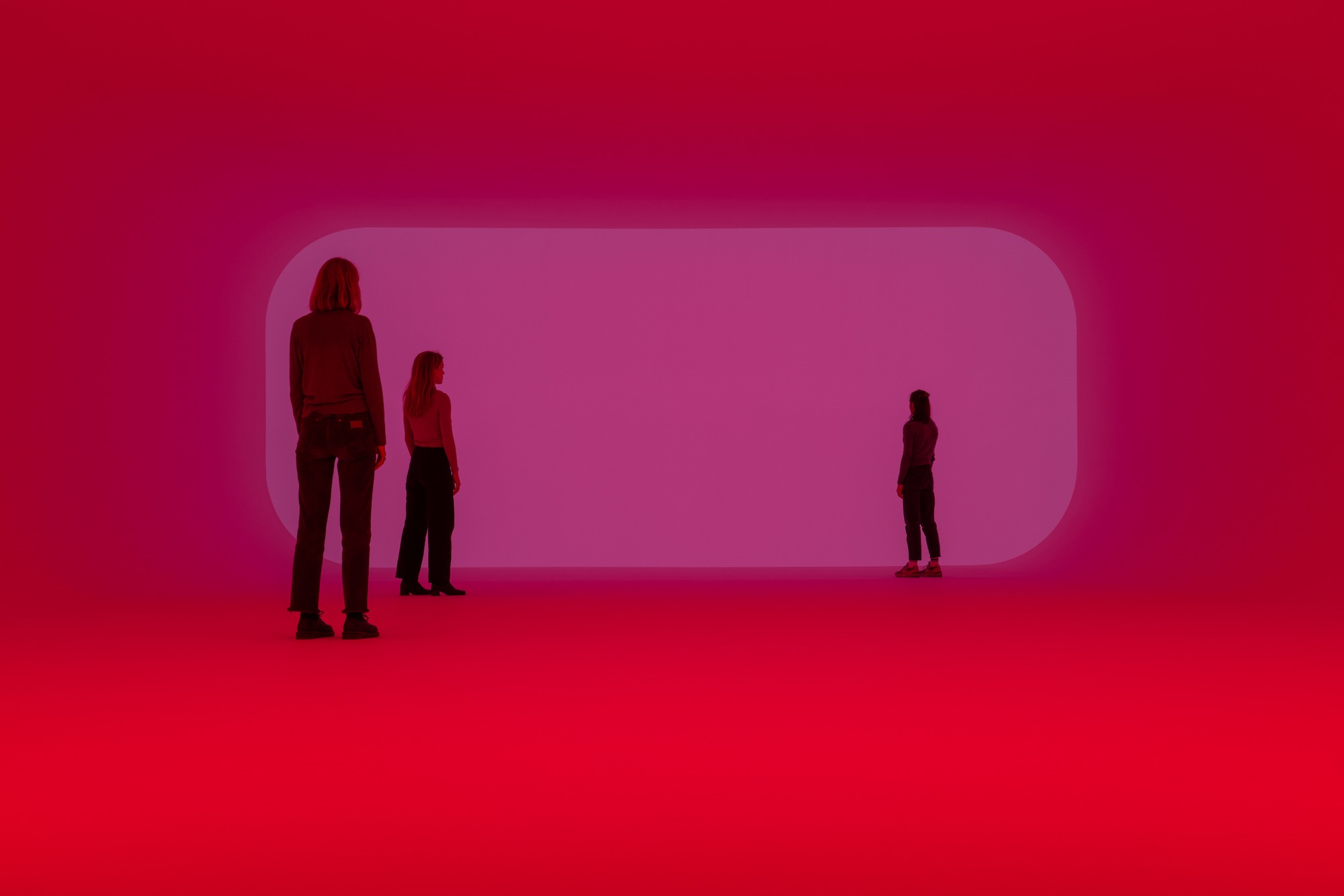 Aftershock, 2021 © James Turrell, Installation view Light & Space at Copenhagen Contemporary, Photo by Florian Holzherr
Aftershock is an immersive installation created specifically for CC by the American artist James Turrell. For more than half a century, he has worked with light and space. Influenced by his studies in perceptual psychology and his Quaker background (a pacifist Christian movement, Quakers believe in “inner light”), Turrell started experimenting with light as an art medium in the mid-1960s.

The experience of Aftershock begins outside the work, where you are asked to wait before ascending the temple-like steps and entering the so-called sensory space to witness a cycle of coloured light. Enveloping you in light and colour, the installation induces an experience of spatial boundaries failing away and loss of orientation.

Aftershock is one in a line of so called “Ganzfelds” installations, that have become iconic for Turrell’s work with light, space and colour. Ganzfeld is a psychological term coined in the 1930s by the German psychologist Wolfgang Metzger, who was studying the effects of sensory overload. Exposed to an intense torrent of colour, the brain starts hallucinating as it struggles to create meaning in an endless colour field.

At age 16, Turrell obtained his pilot’s license, and he has often discussed how flying has influenced his art. Flying can feel like being in a vector-less space with no definite beginning or end, as when travelling through a cloud or thick fog. Inside Aftershock you can experience a similar sense of disorientation, as you encounter an intense field of coloured light manifesting as a physical presence. The boundaries of the room appear ambiguous – you might even wonder whether your eyes are open or closed.

Turrell’s work is not about light, it is light. He describes his works as containers for light, in which light and colour are experienced as physical matter. More broadly his practice is about light as both a physical and metaphorical presence that determines human perception and, in turn, our experience of the world.

About James Turrell (b. 1943)
James Turrell is from Los Angeles and in addition to art, he studied perceptual psychology, mathematics, geology and astronomy. Turrell has worked with light as a material since the late 1960s and is preoccupied with the theory of perception – how humans are affected by space, light and colour.
www.copenhagencontemporary.org