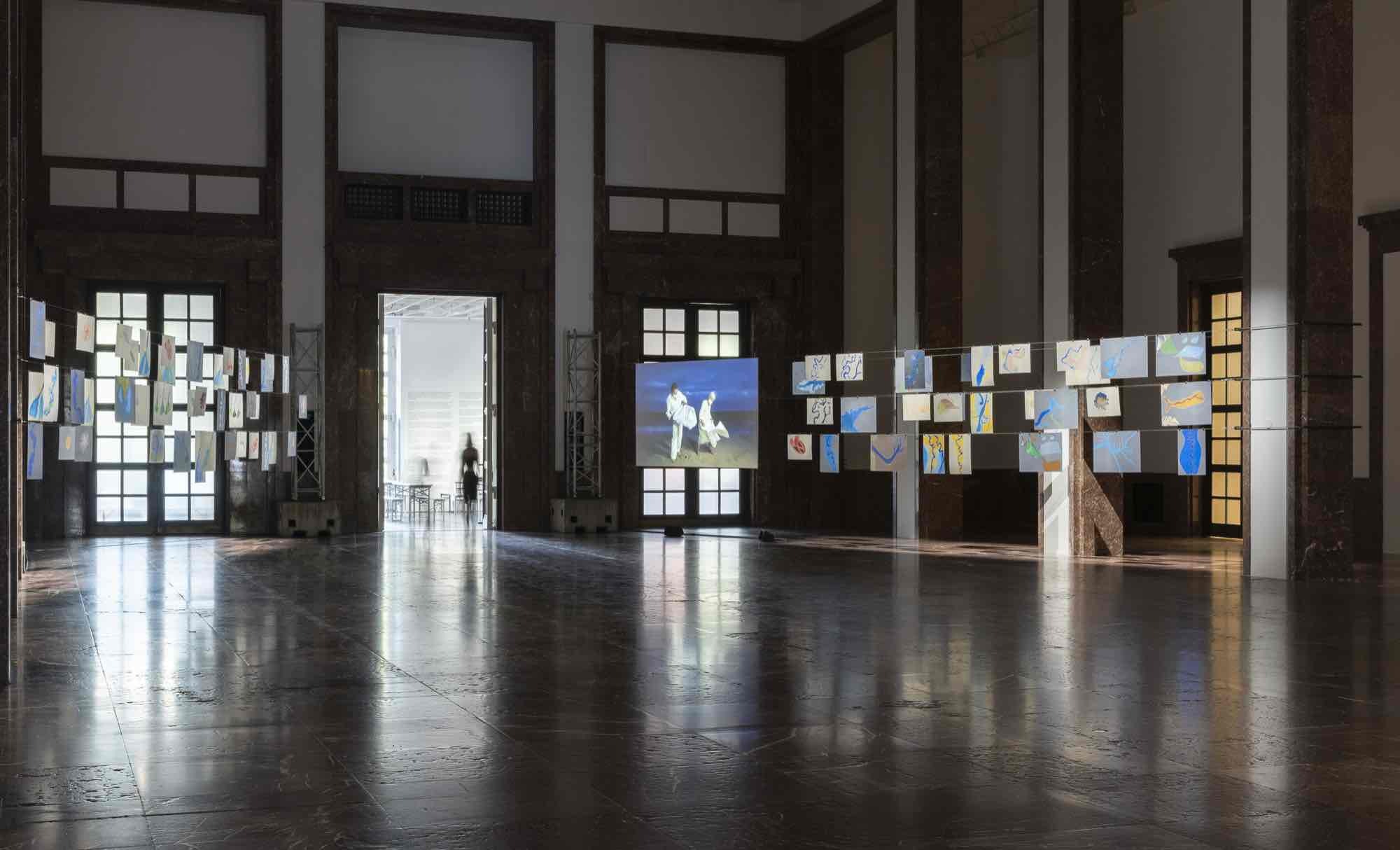 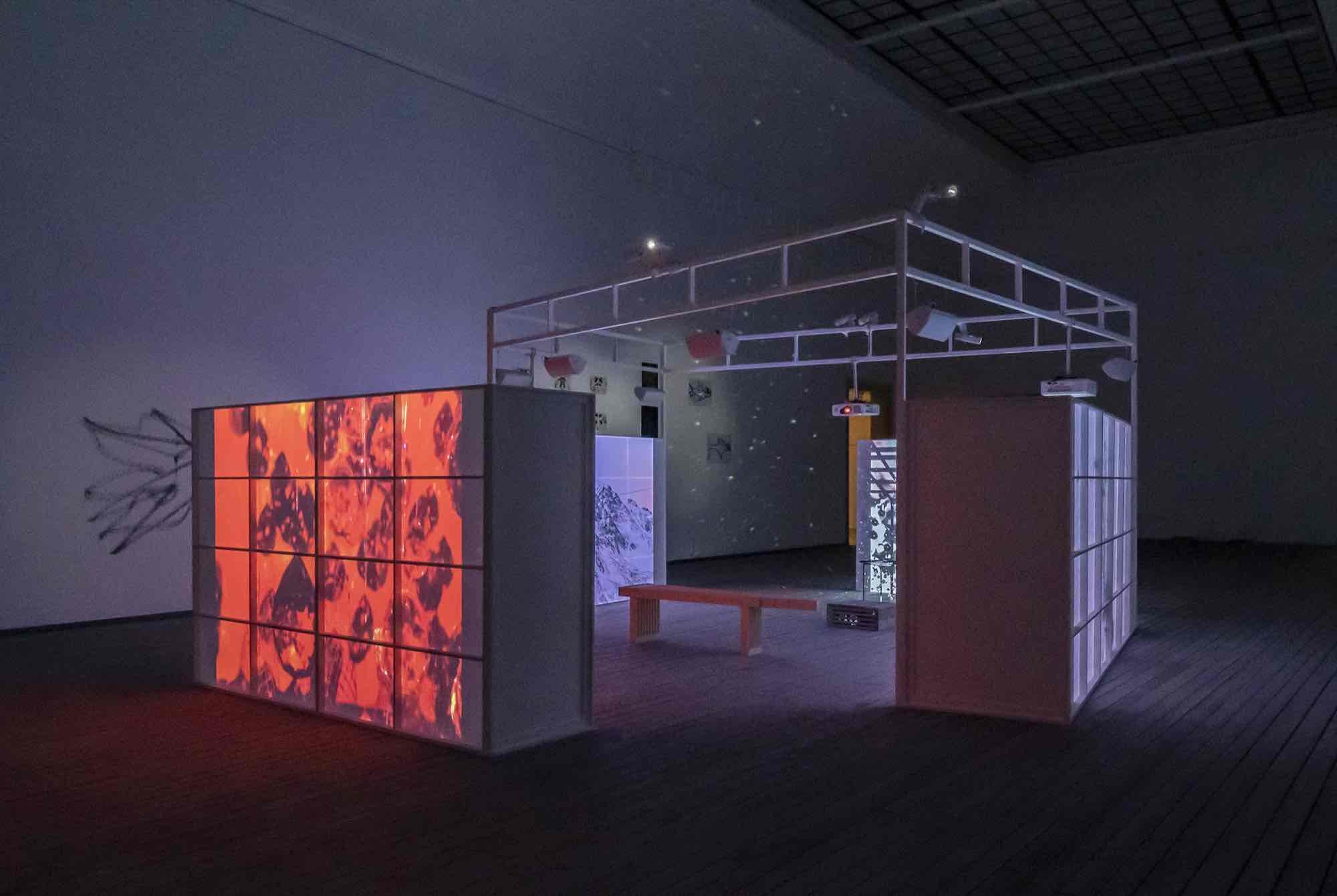 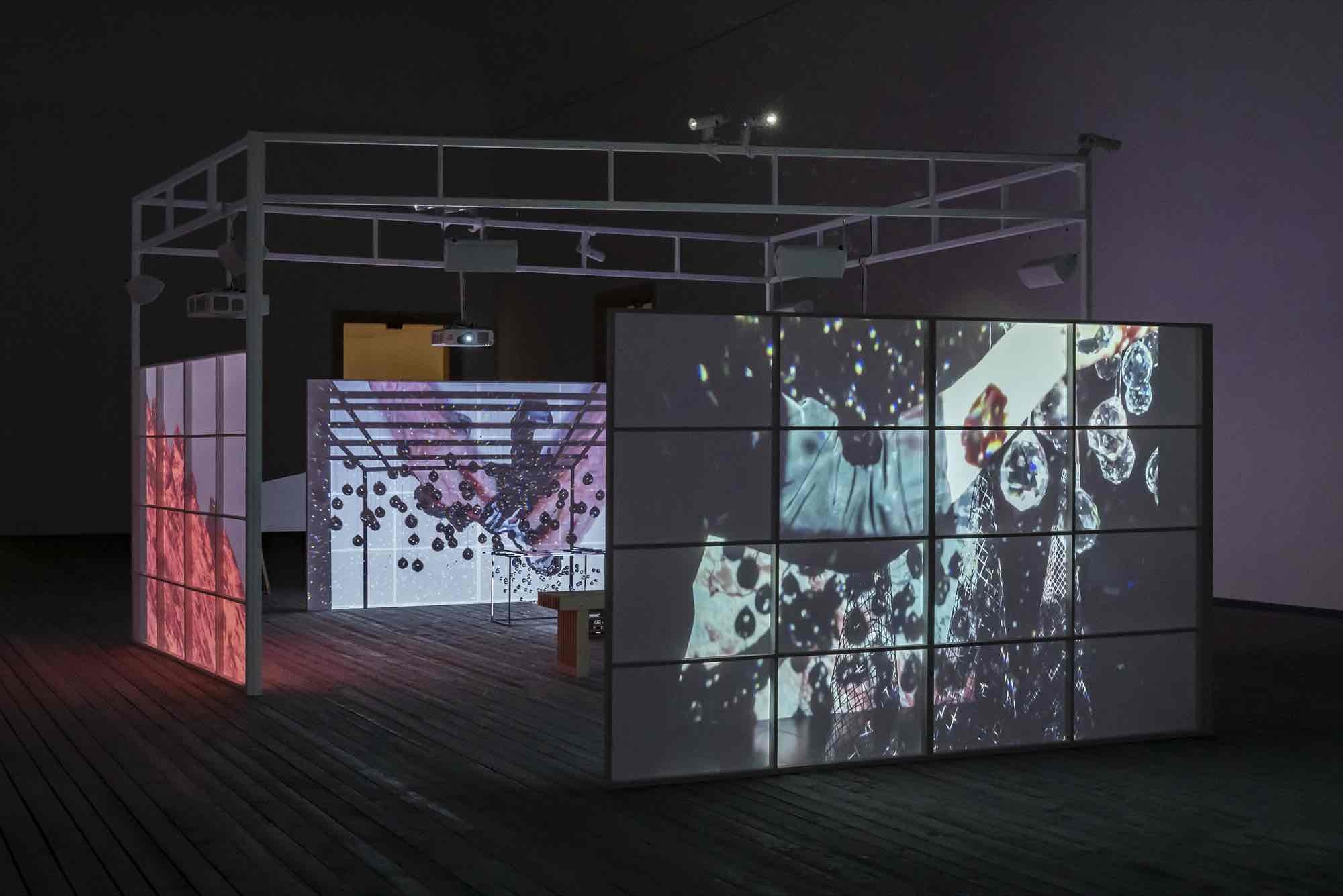 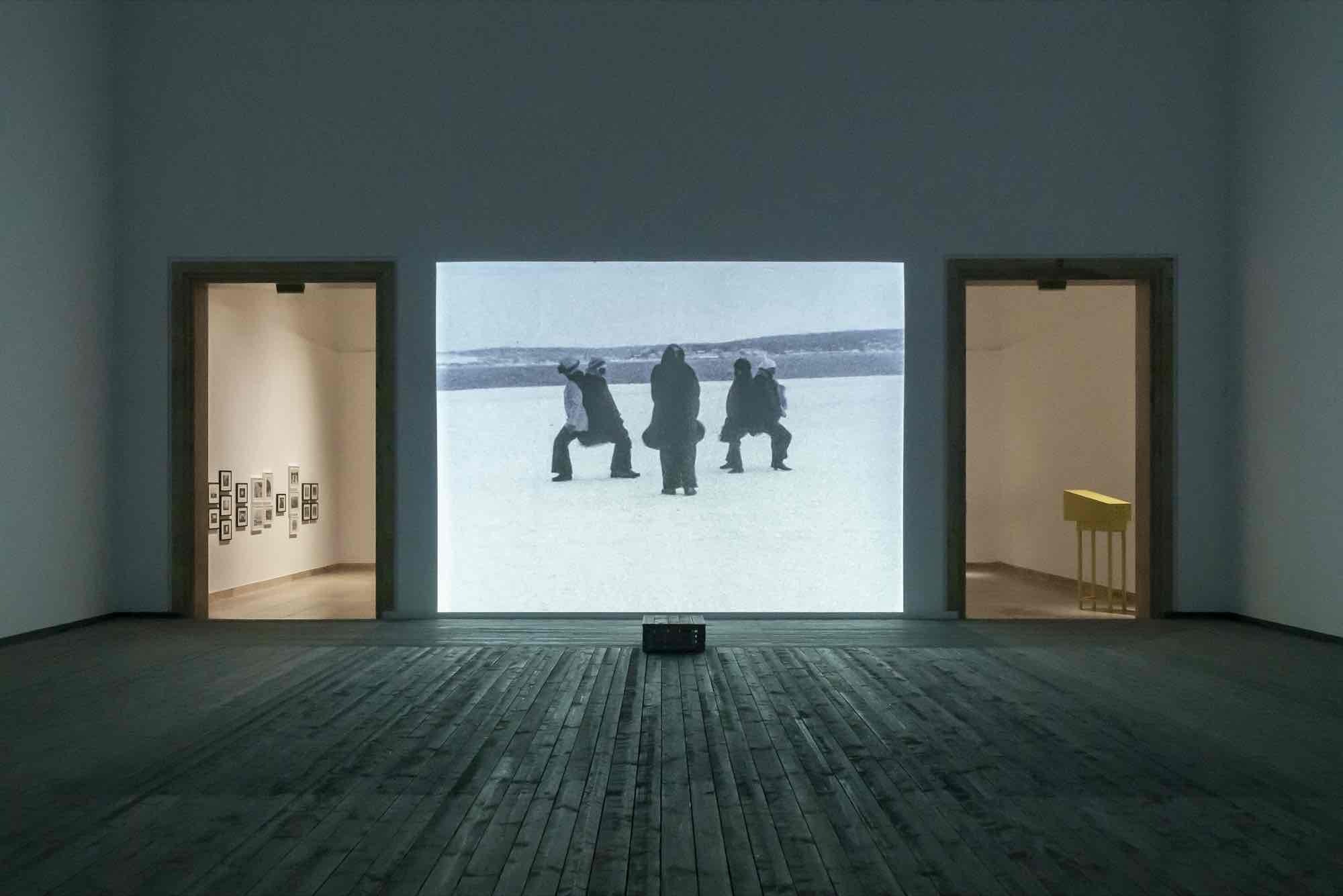 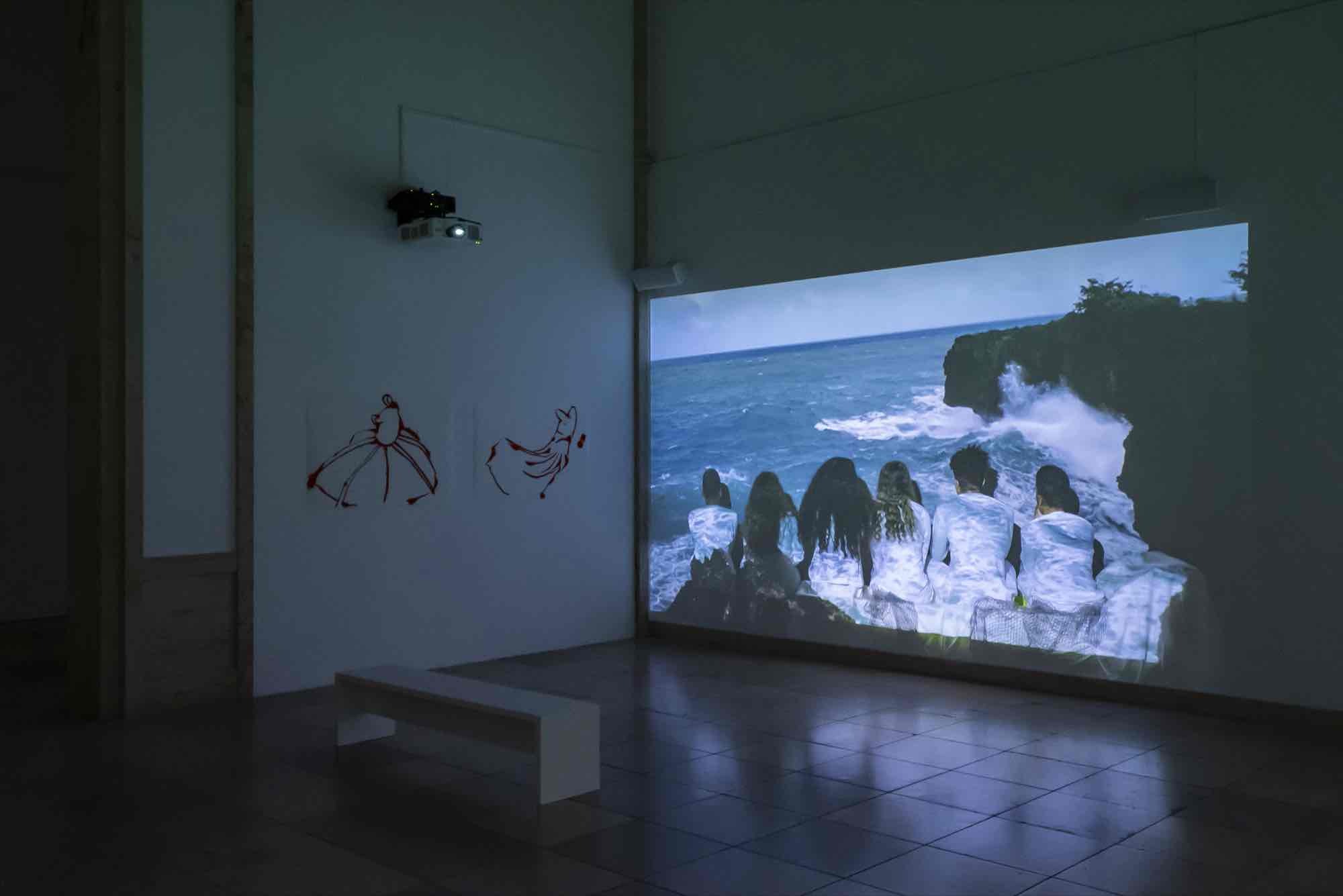 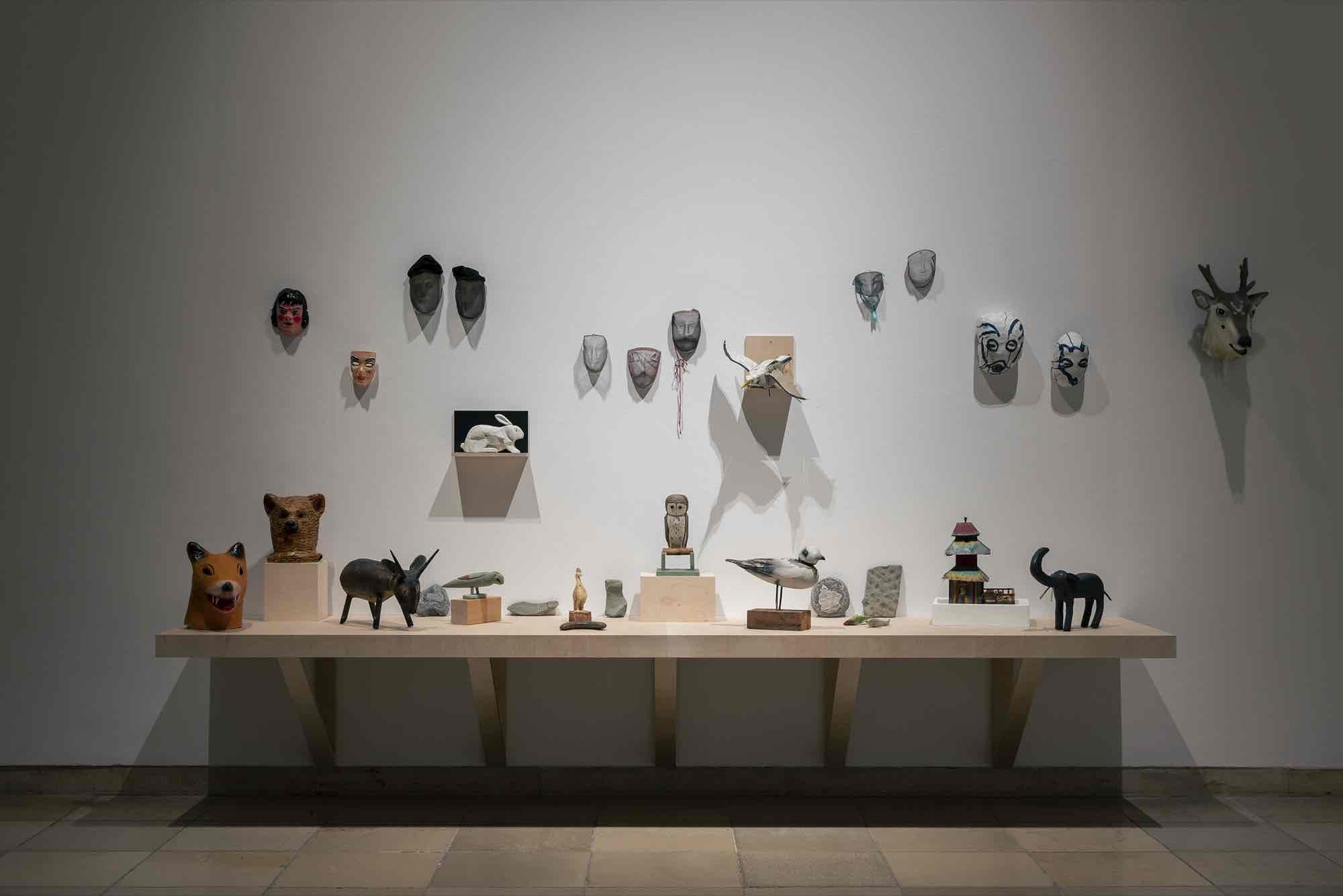 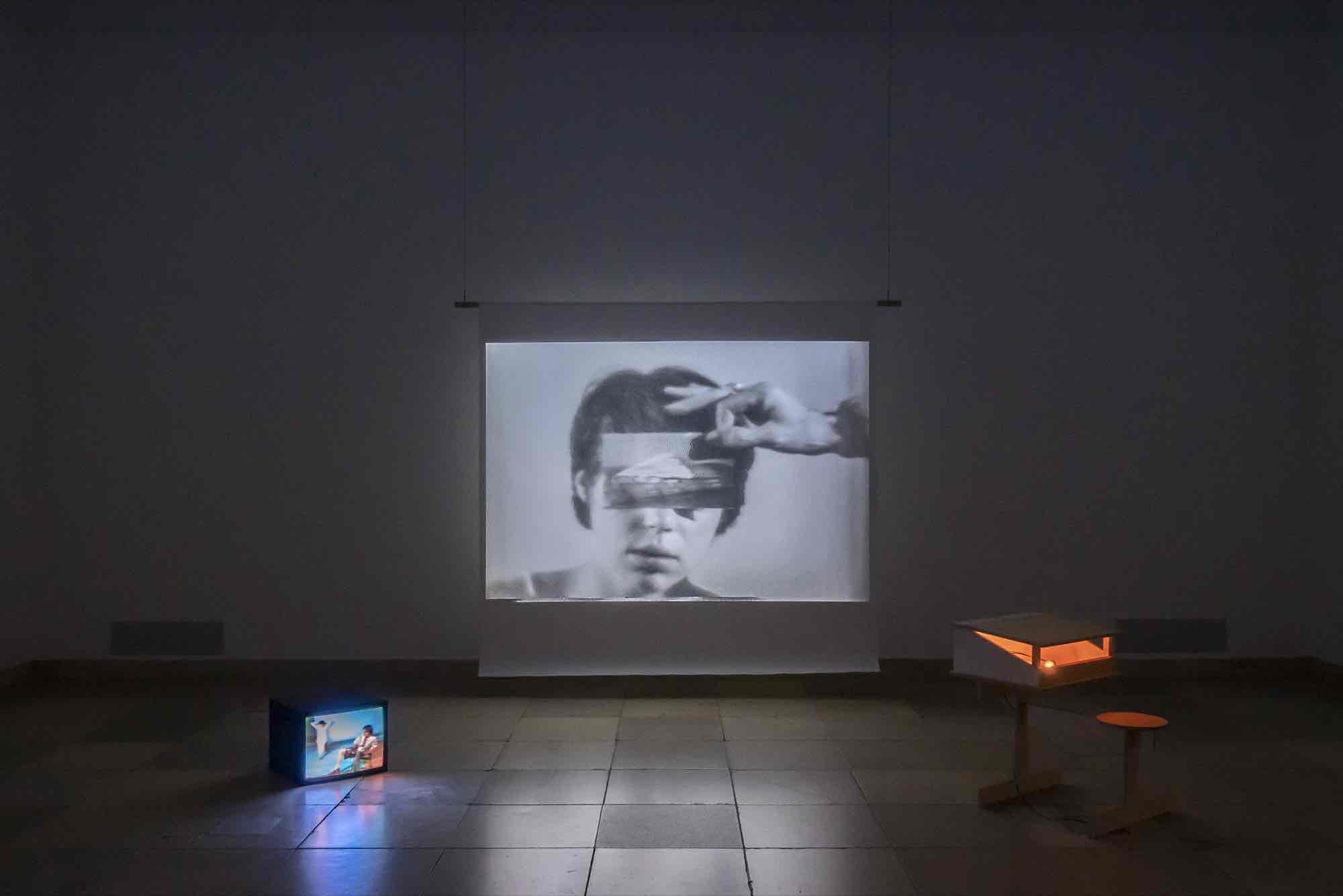 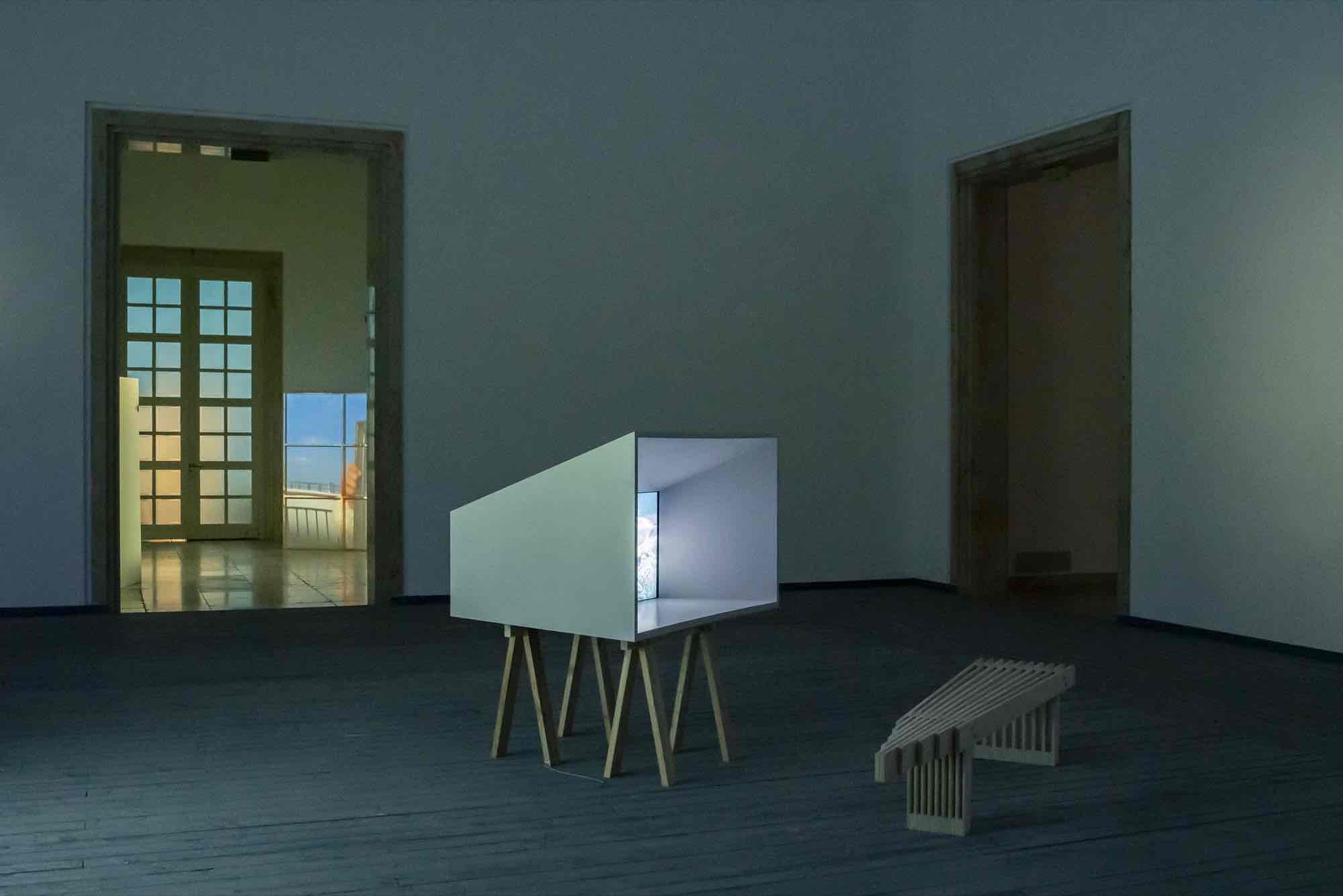 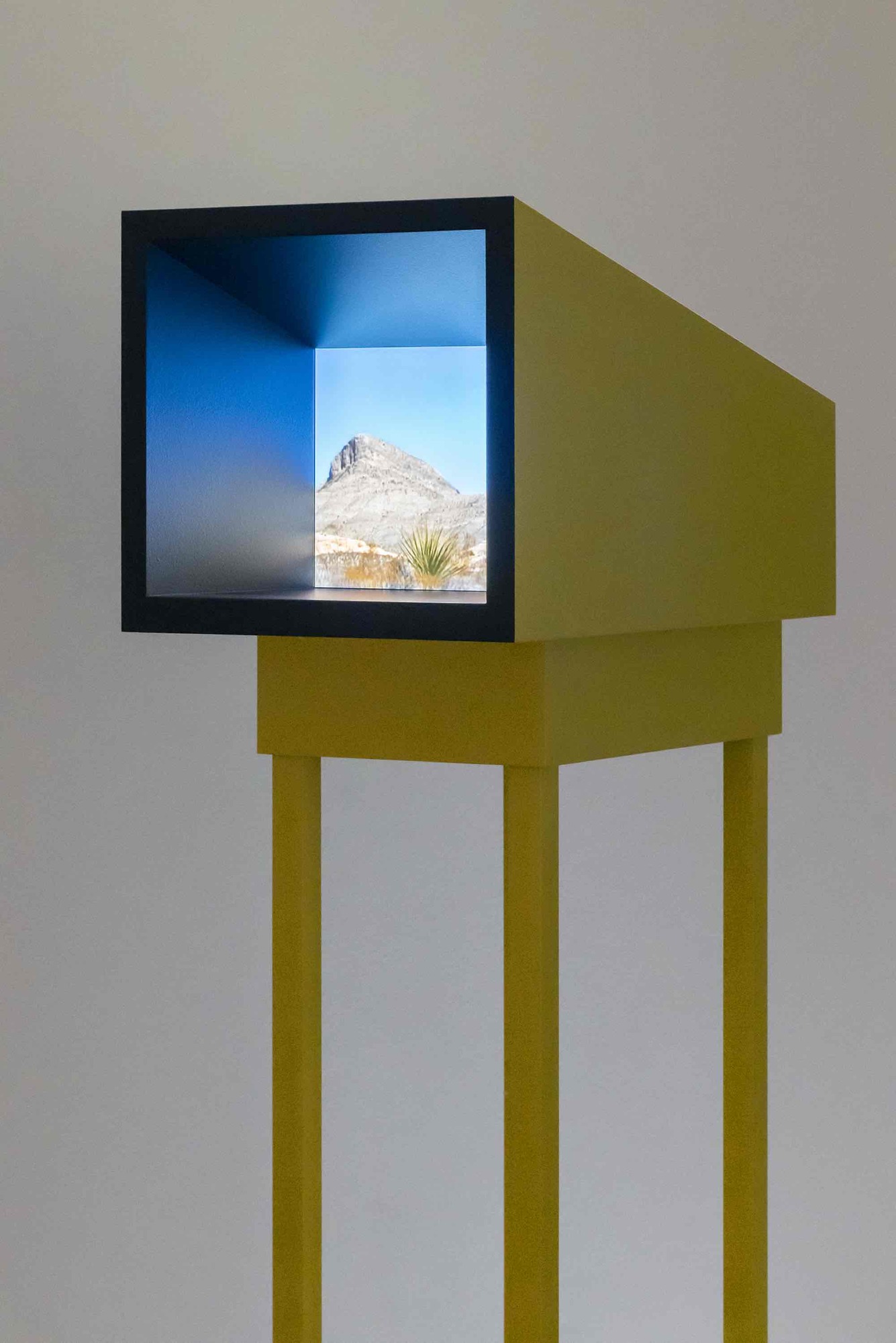 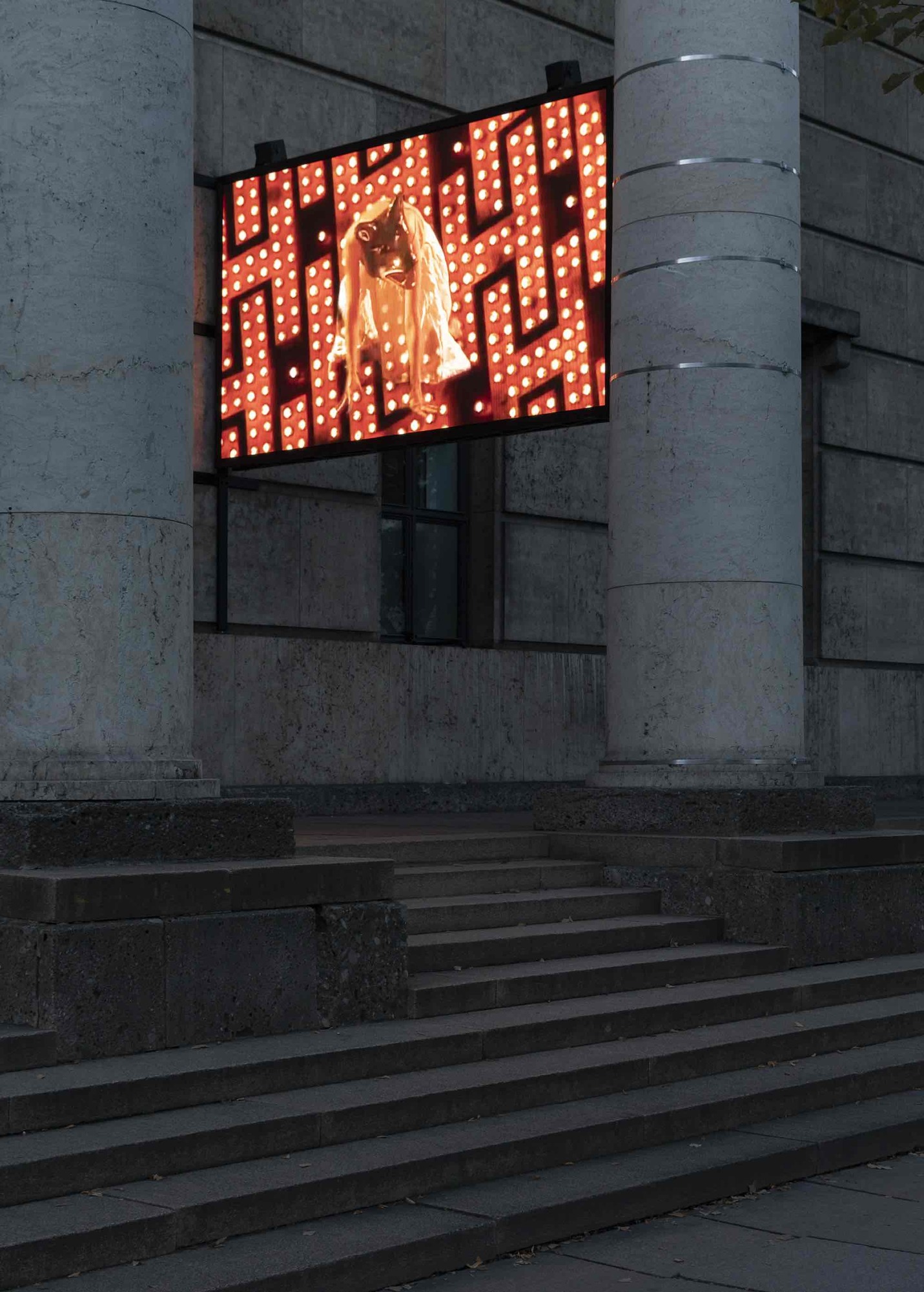 Joan Jonas
Installation view at Haus der Kunst, 2022
VG Bild-Kunst, Bonn 2022
Photo: Maximilian Geuter
“I think it’s necessary to be on the edge. What scares me, draws me.” Joan Jonas

Through her constant experimentation with performance, video, and installation, internationally renowned artist Joan Jonas (*1936, New York City, USA) has repeatedly pushed the boundaries of art and influenced numerous generations of artists, establishing enduring relationships of exchange. Haus der Kunst presents the most comprehensive solo exhibition in Germany to date, reflecting Jonas' collaborative transnational approach and tracing her dynamic practice of transformation between media and time along recurring themes in her work.

Following her studies in sculpture and art history, Jonas was among the founders of performance when it emerged in New York City in the 1960s and 1970s. Jonas’ work is informed by a fundamental interest in the social function of narration and ritual for societies. Since the early 2000s, the artist has been increasingly concerned with current ecological issues in the wake of climate change, placing non-human life forms and eco-systems at the centre of her artistic consideration.

In accordance with Jonas' methodology, in which she updates and medially shifts existing performances or installations, the exhibition at Haus der Kunst does not follow a chronological-linear structure. Rather, it fans out prismatically to sketch the thematic and formal interconnections between the works of different periods.

The single channel video Wolf Lights (2004/5) hangs under the columns outside the building, illuminating the audiences’ welcome at the entrance of Haus der Kunst. In the Mittelhalle, the public space at the centre of the house, visitors encounter Jonas’ most recent work, Rivers to the Abyssal Plain (2021). Presented for the first time in Europe, the installation introduces the artist ́s preoccupation with water as a manifold eco-system as well as her artistic approach to research. The relationship between nature and artistic creation also characterises the multi­media installation at the centre of the exhibition, Reanimation (2010/2012/2013). It premiered at documenta 13 and juxtaposes four video projections of sublime shots of Icelandic and Norwegian glaciers with the act of drawing in the snow.

The exhibition also brings together other historical key works that mark turning points in Jonas’ œuvre. The installation Stage Sets (1976) formulates an expanded, dynamic understanding of sculpture and establishes Jonas’ practice of translating performative practices into manifest exhibition formats. Juniper Tree (1976/1994) constitutes the first work by Jonas to be derived entirely from a long-established collective narrative. Lines in the Sand (2002) testifies to her continued interest in updating and rewriting mythological narratives against the backdrop of current social developments. Three works from the series My New Theater (1997–2006) are reminiscent of a minimalist object, a proscenium stage, and a camera obscura, uniting Jonas’ negotiation of space, illusion, and framing within image production.

The exhibition is accompanied by the performance Mirror Piece I & II (1969/2018), in which Jonas introduced the motive of the mirror to reveal power structures of the gaze and gender roles. Simultaneously, the performance connects to numerous works in the exhibition. In the European premiere of Out Takes: What The Storm Washed In (2022), Jonas combines video footage with live music, text and performance. The musical composition is by Ikue Mori.