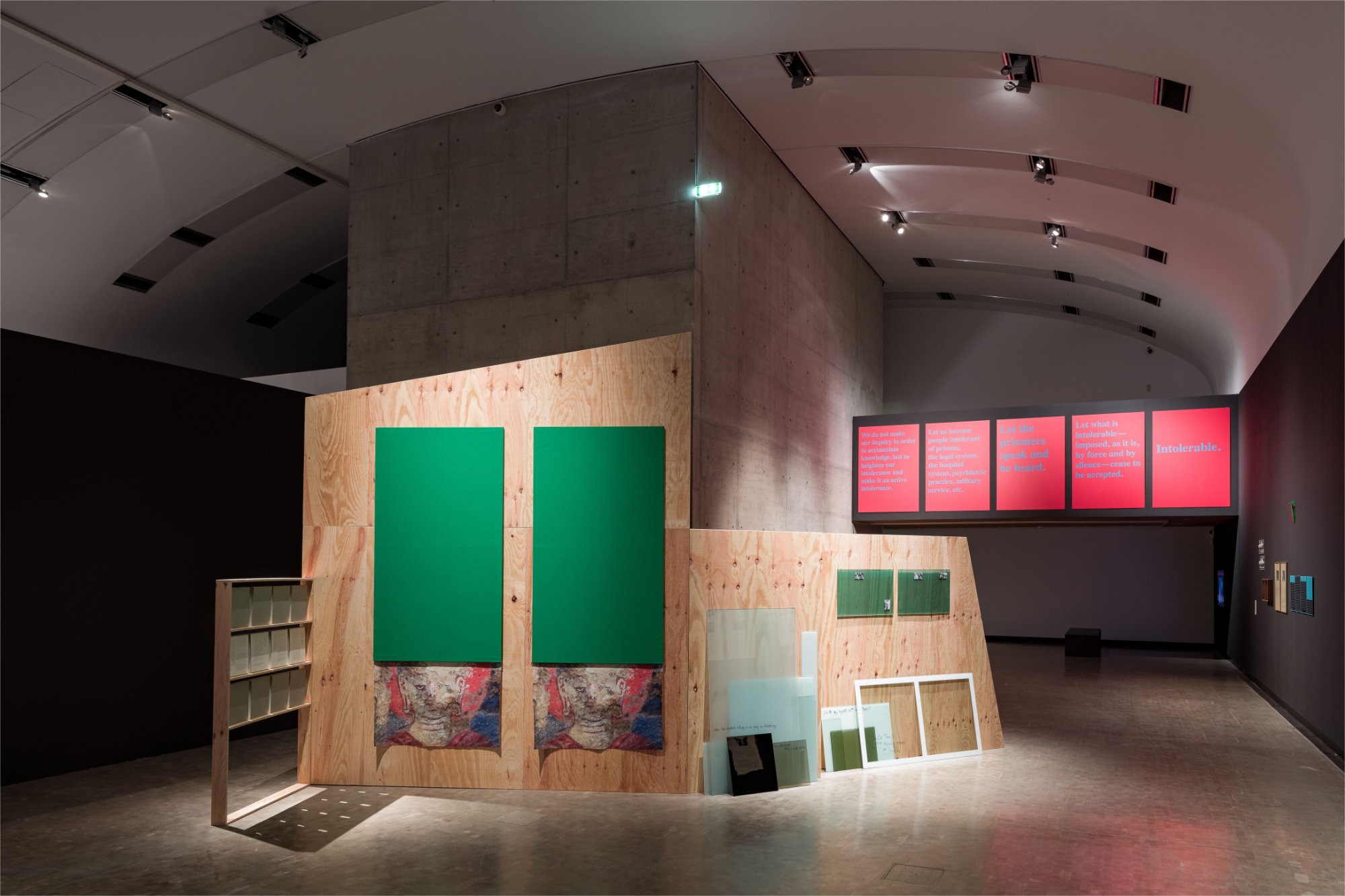 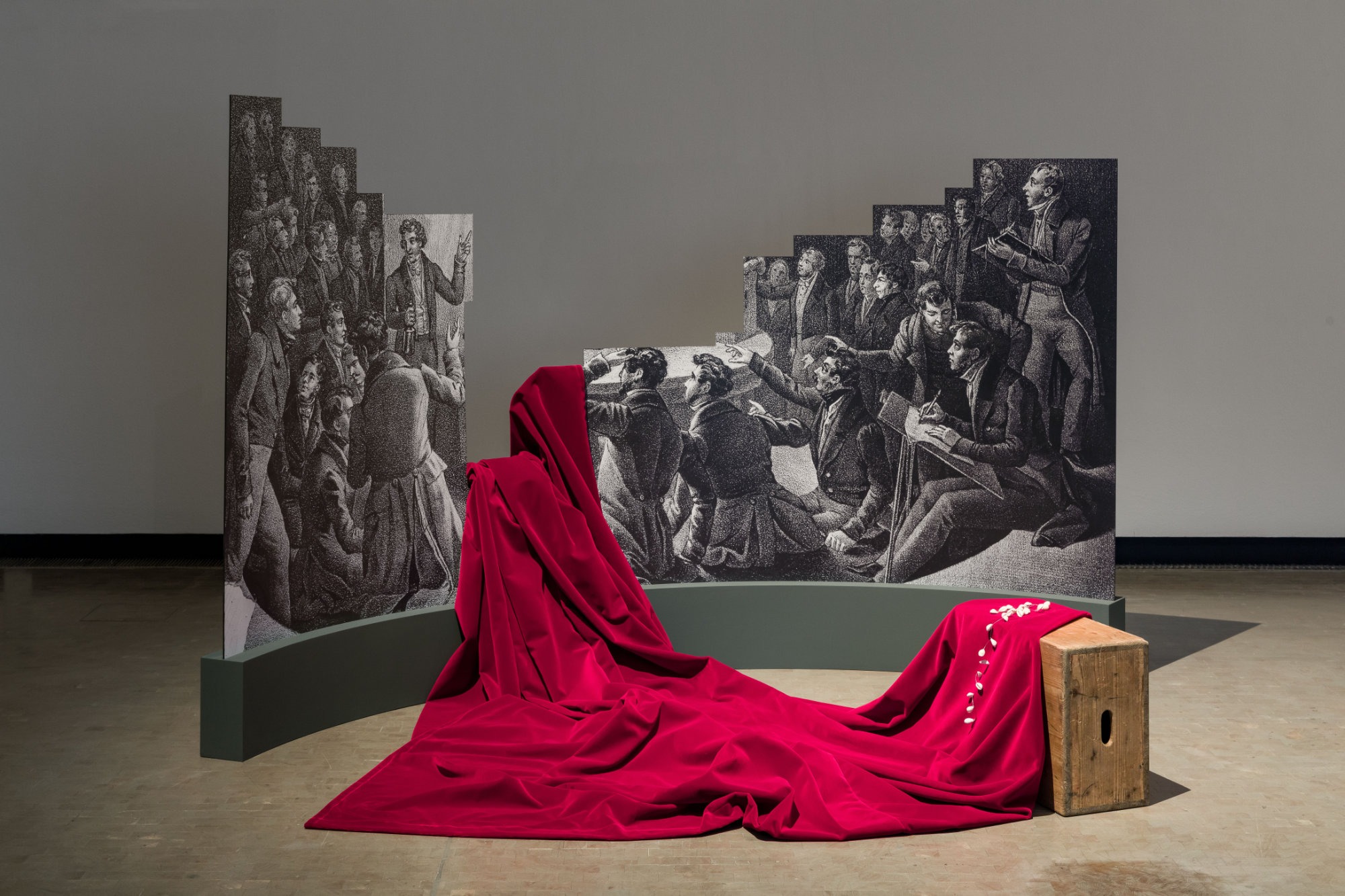 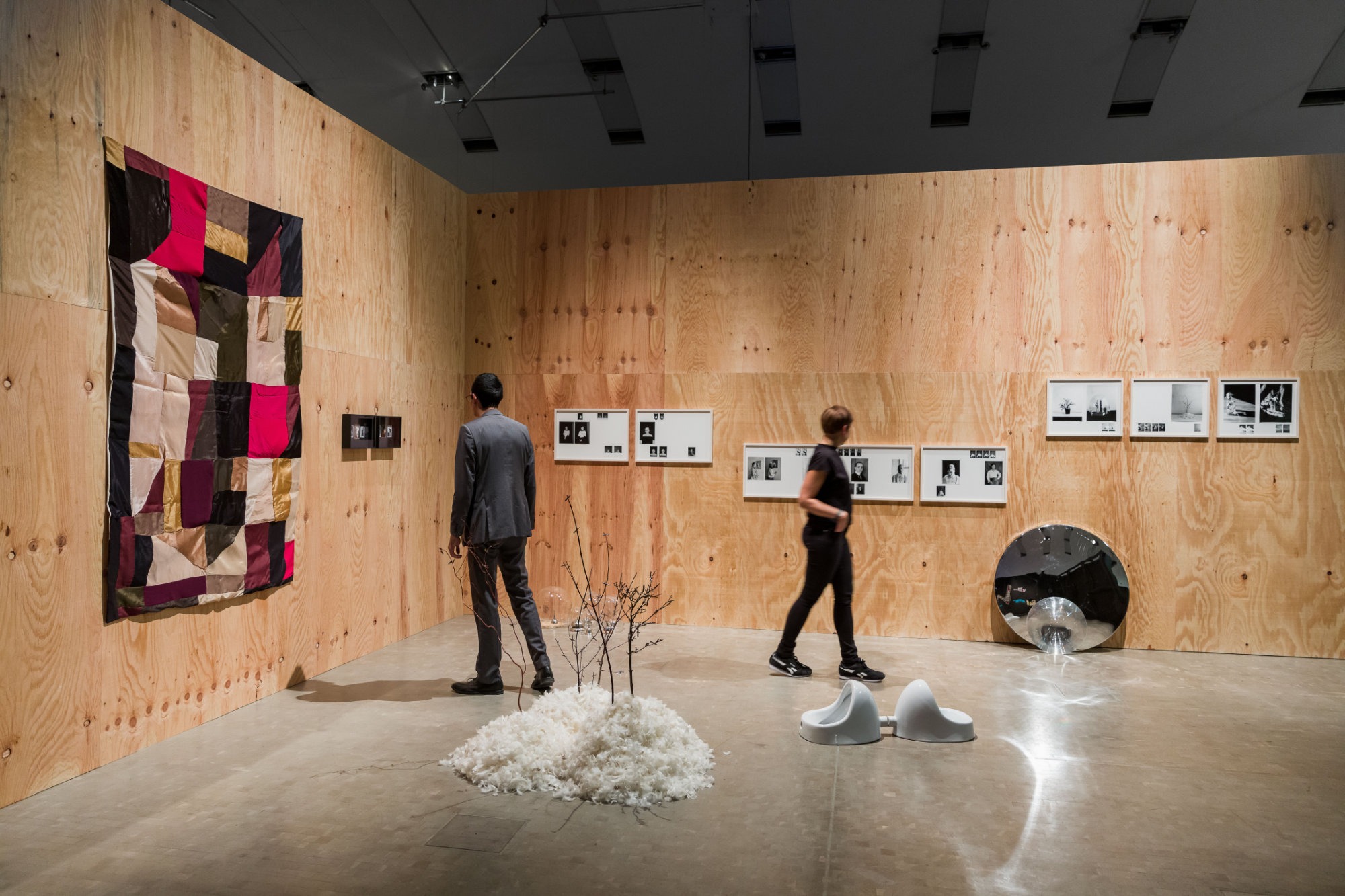 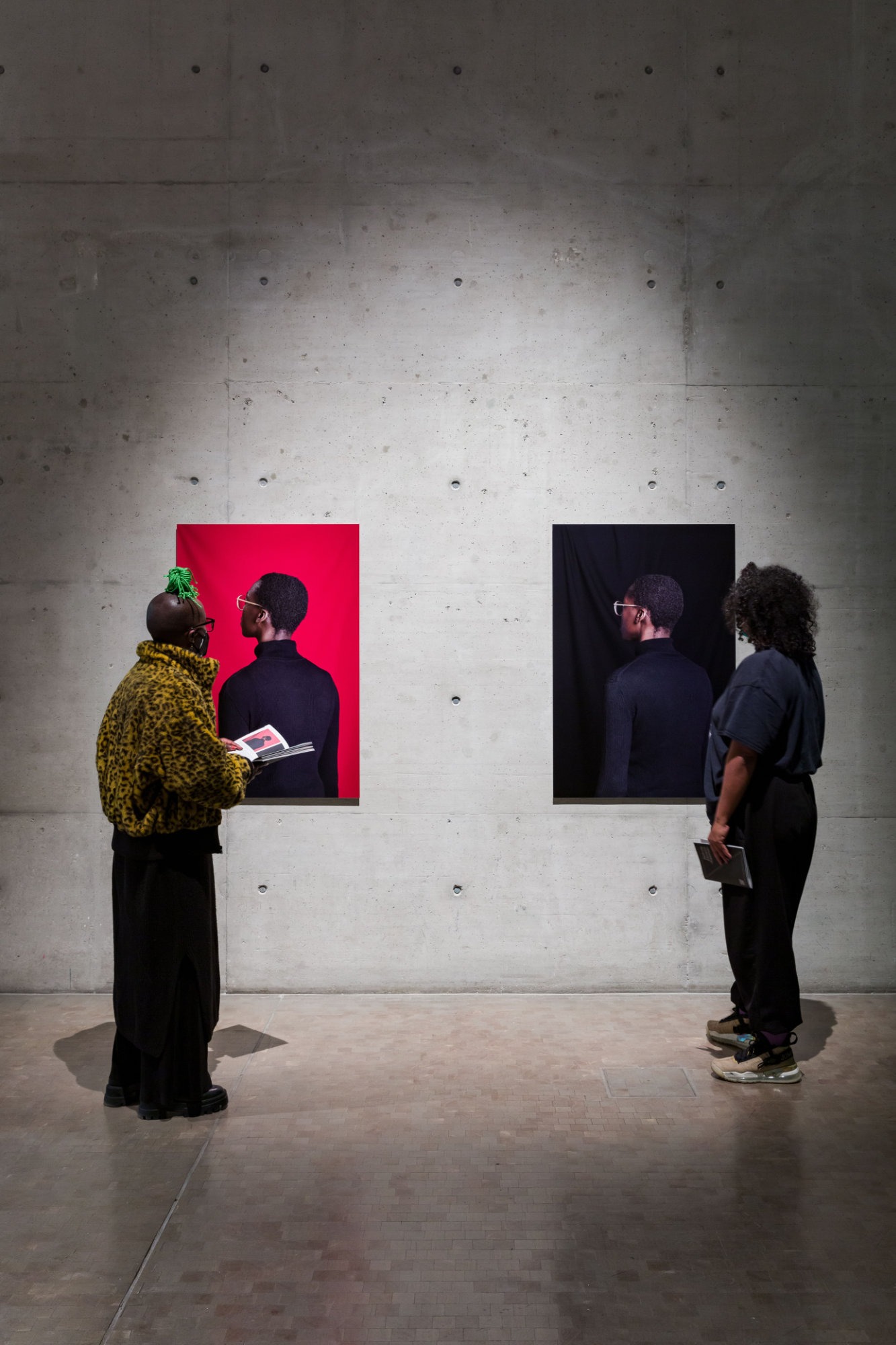 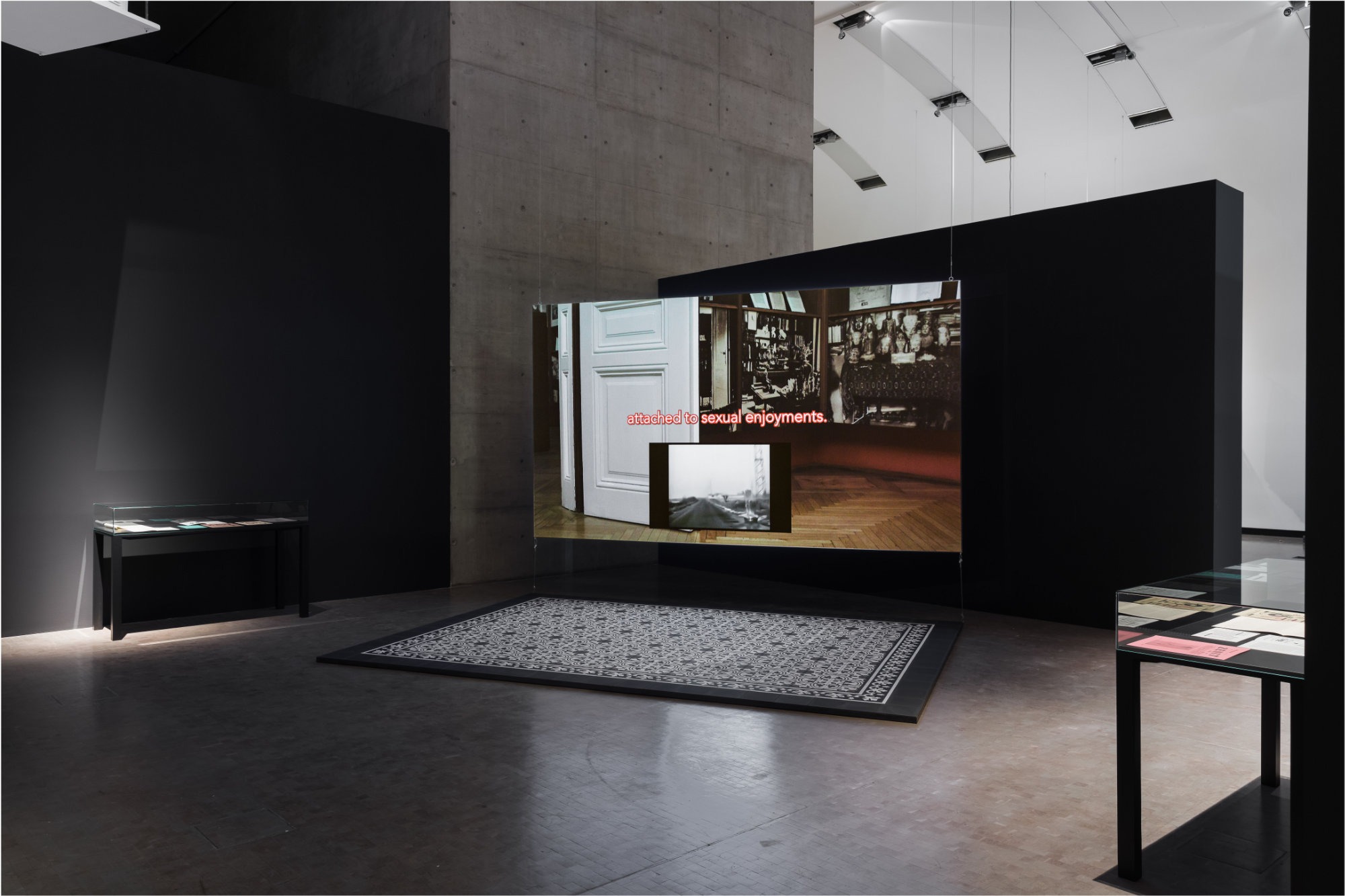 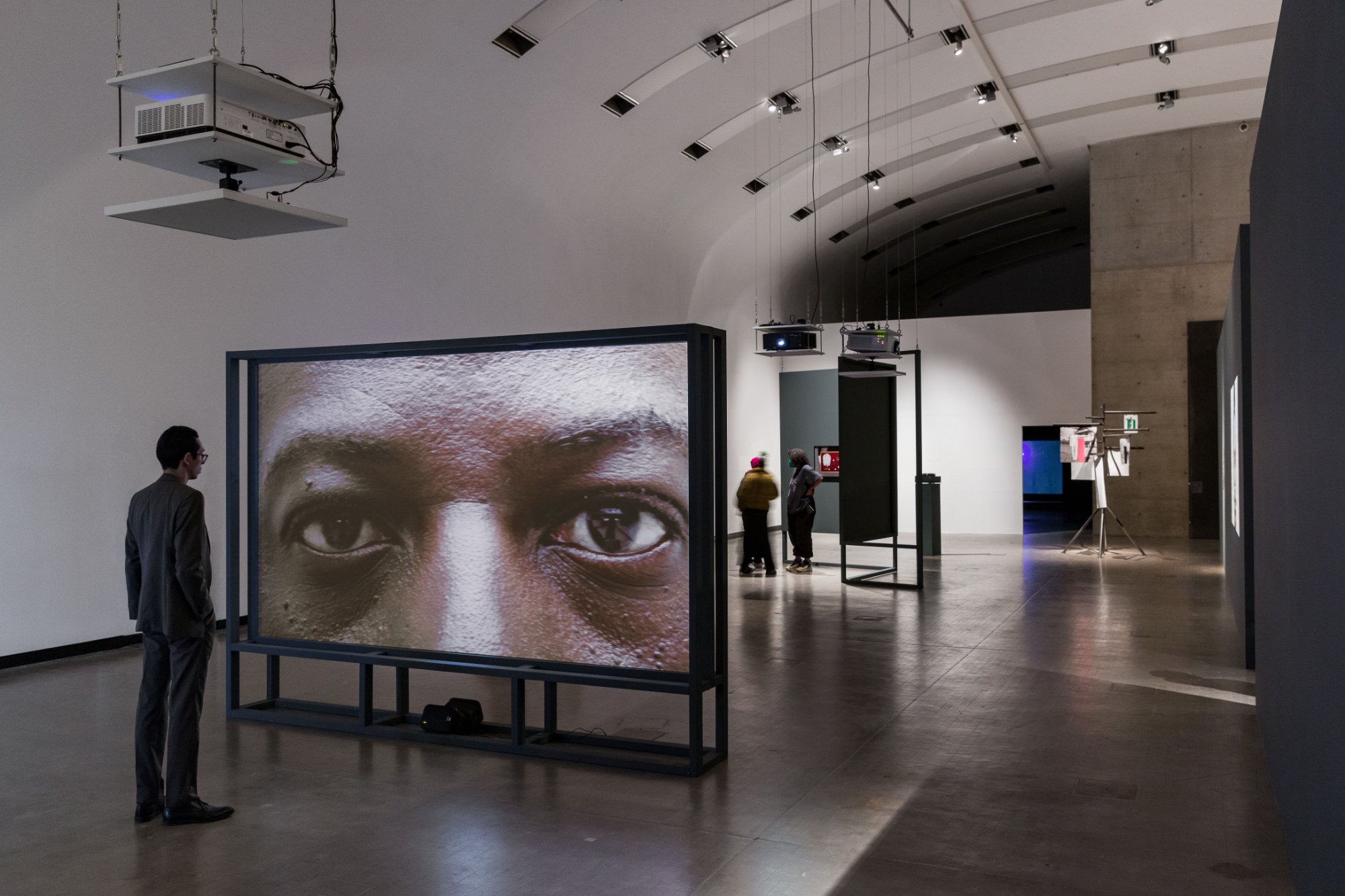 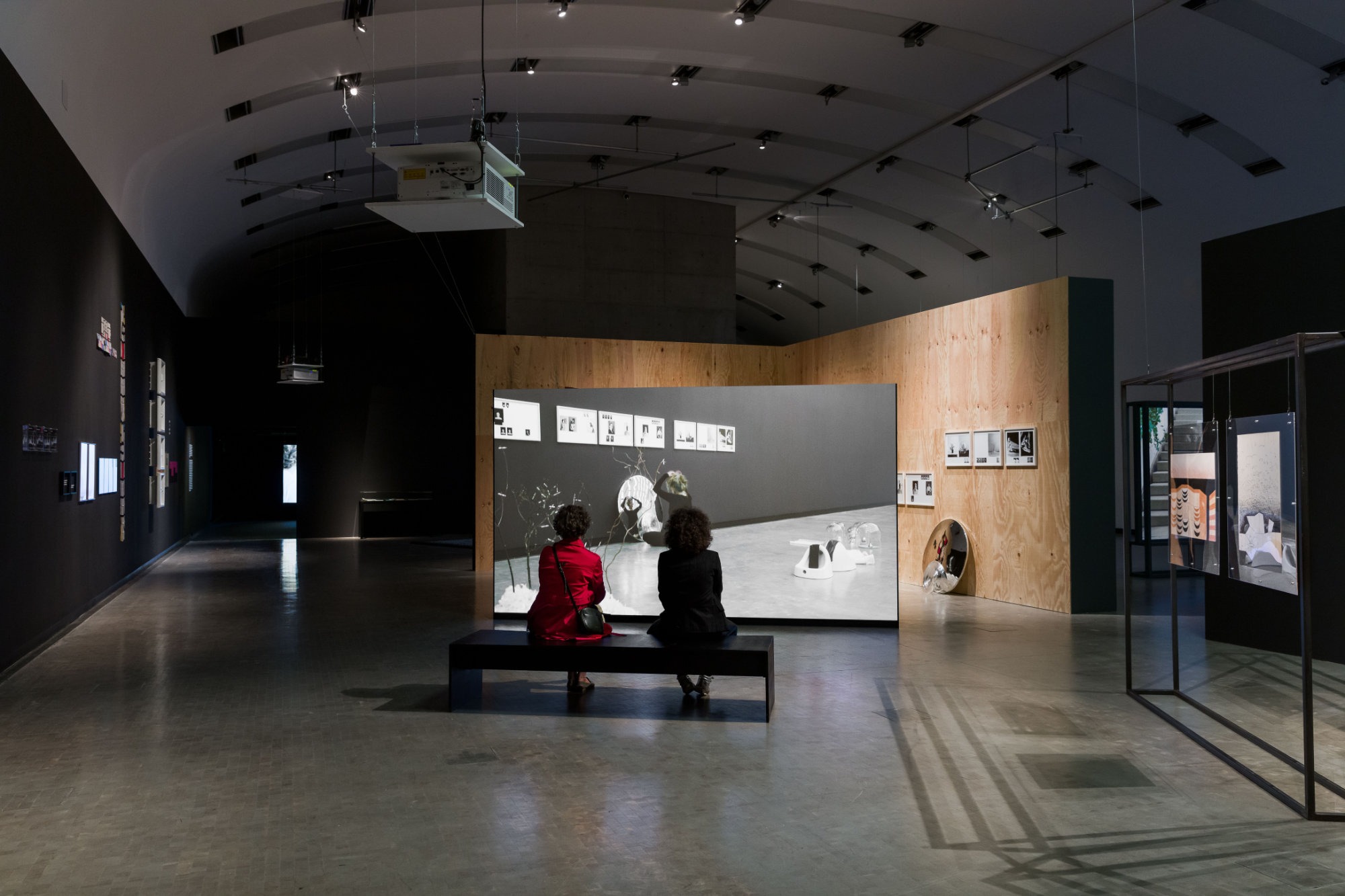 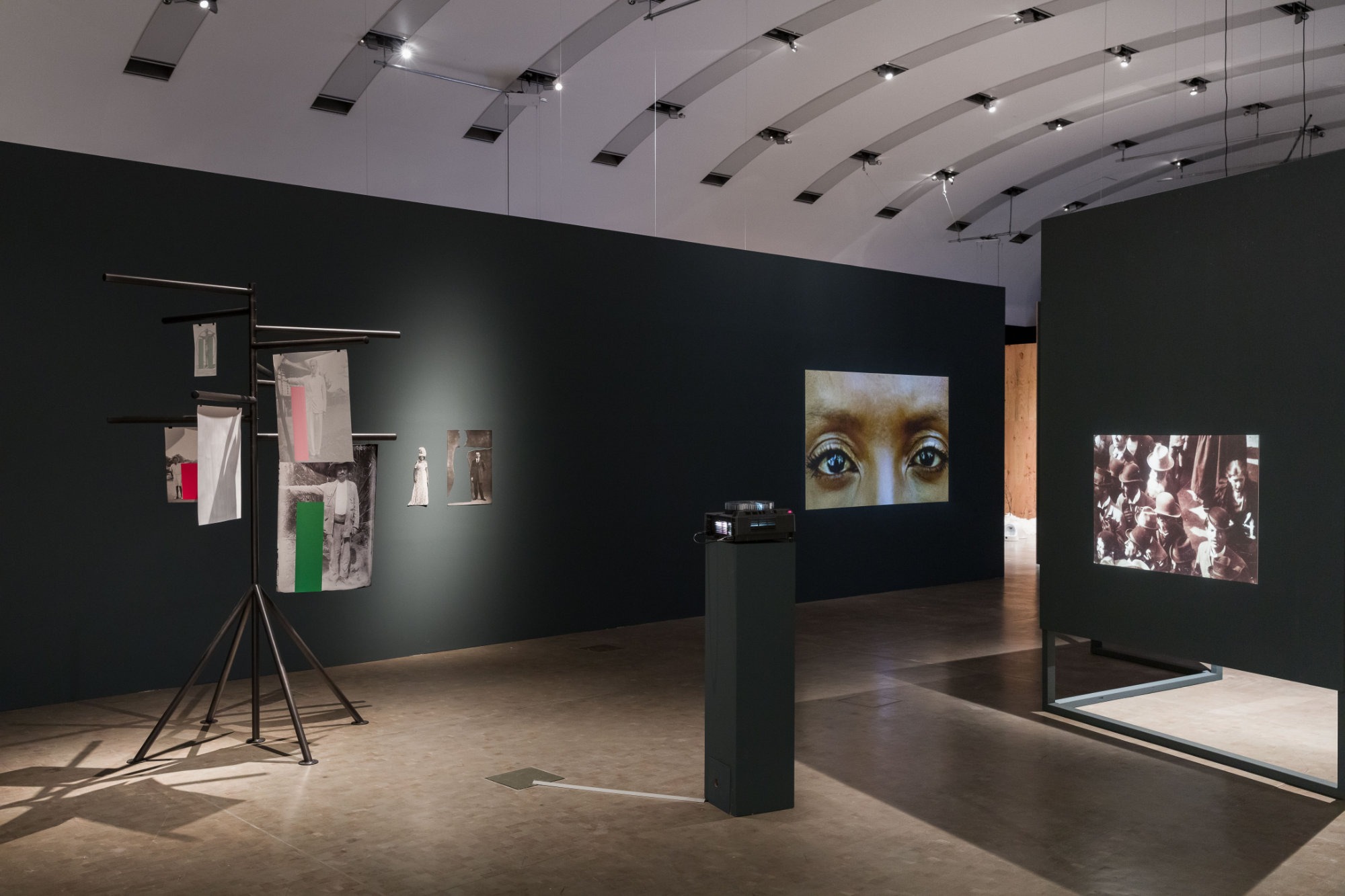 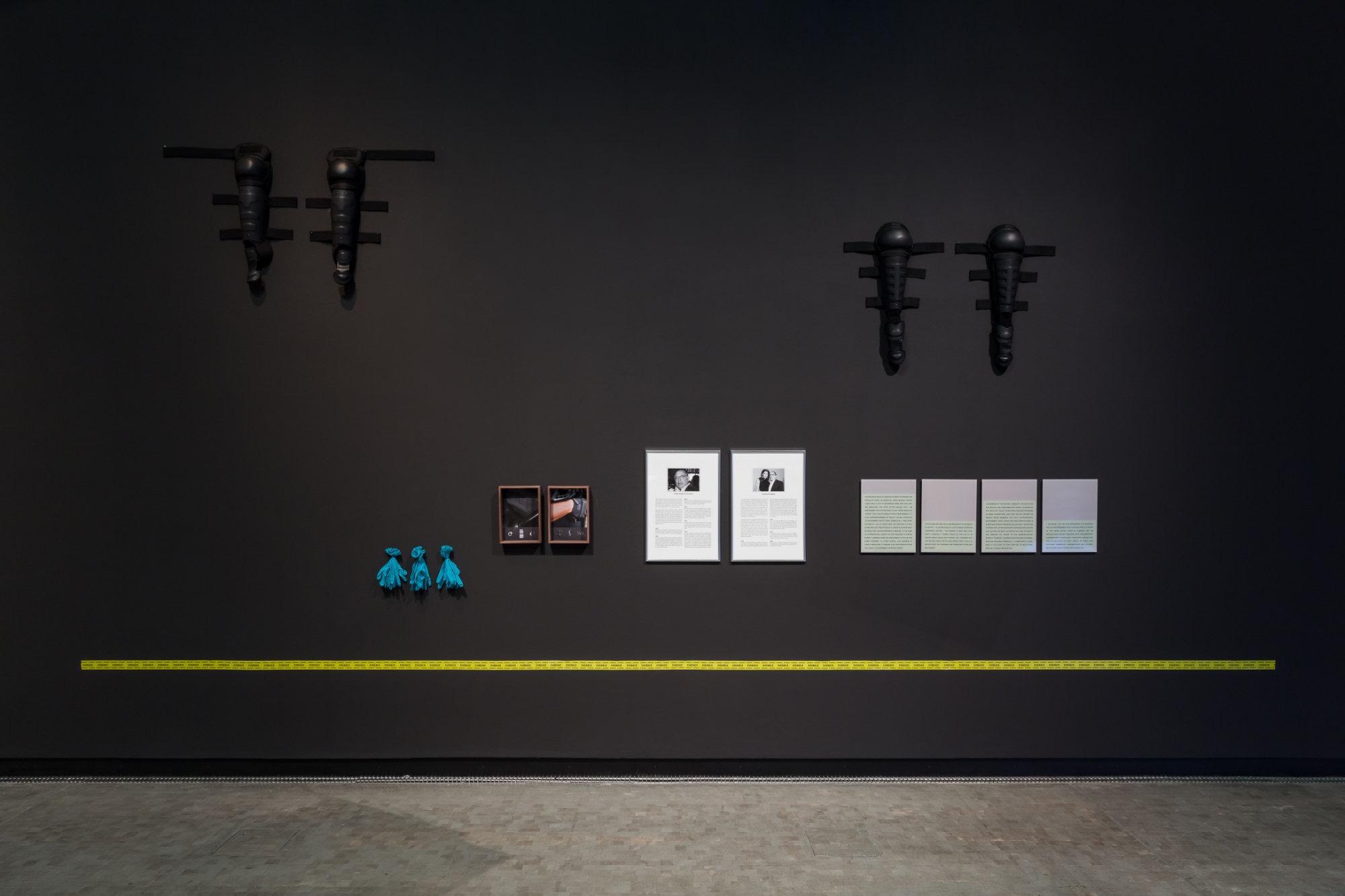 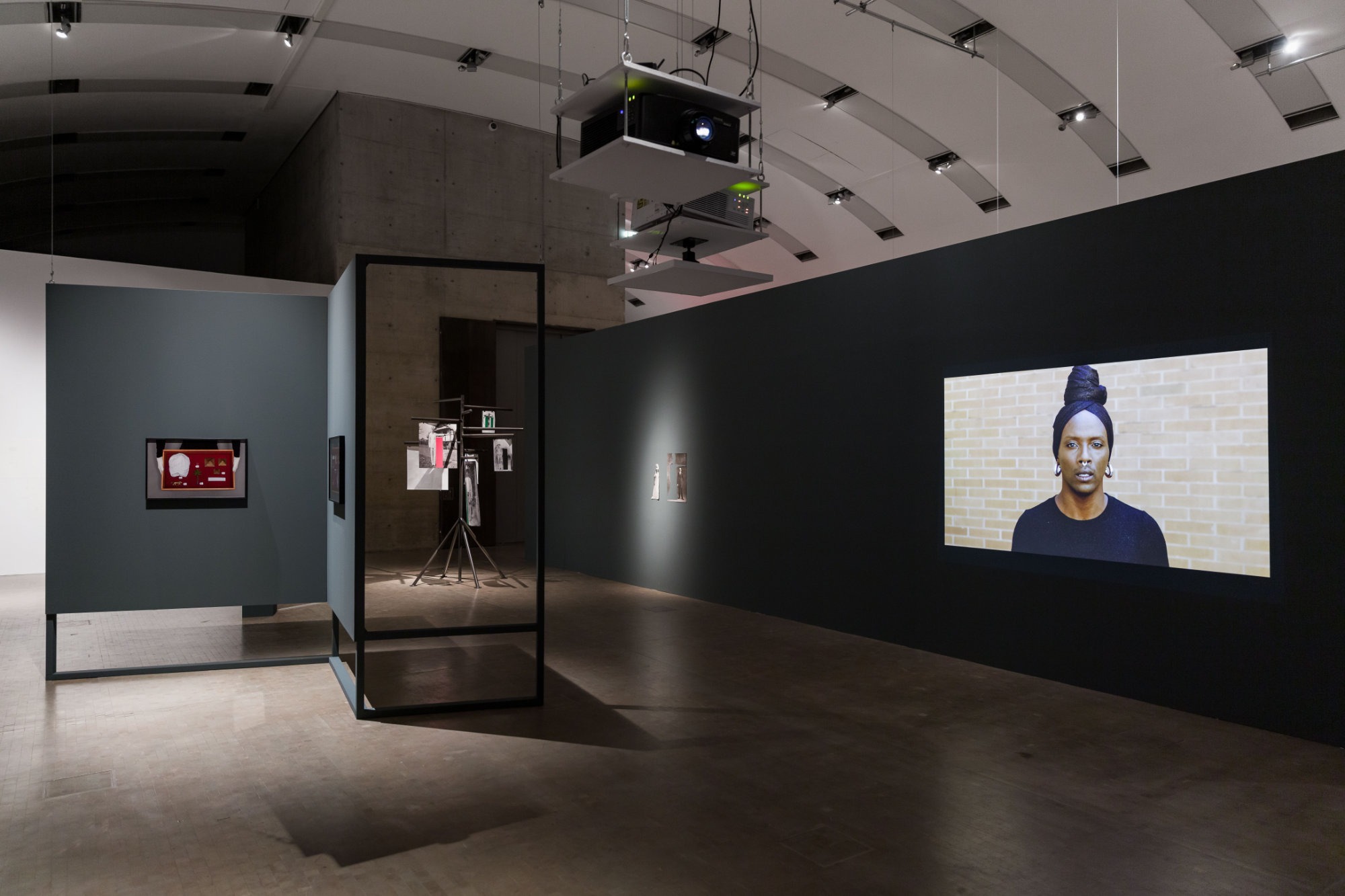 The invitation to the two artists* follows Kunsthalle Wien’s commitment to showing artists who question the legacies of imperialism, colonialism, and slavery and whose practices politically reframe racism and heteronormativity as political tools that were historically developed (and used still today) to subjugate and exploit certain territories and certain bodies. Ana Hoffner ex-Prvulovic* and Belinda Kazeem-Kamiński tirelessly investigate racist regimes of looking and practices of Othering and deploy aesthetic strategies of resistance. At the same time, each artist speaks from a differently situated perspective that hinges on dissimilar experiences, resulting in two distinct practices.

Ana Hoffner ex-Prvulovic*’s works take the shape of multimedia installations mixing film, photography, objects, and text. She* looks closely at the fabrication of history, memory, and subjectivity—insisting on the unconscious at work in these processes. In the exhibition, the artist* (re)tells the stories of queerness as a survival strategy, of non-alignment as ethics (and not only as geopolitics), and of family as a space for chosen kinship. She* stages moments of subversion, crisis, and resistance, and in this way attempts to figure out how a contemporary subject can dig up and appropriate hidden histories in order to escape cultural, social, and psychological assignations. In a self-reflexive movement, Hoffner ex-Prvulovic* also questions the capacity of the art field itself to welcome, support, and stand for minoritarian alternatives and non-aligned thought.
* On the crossroads of those who were born 1980 in Paraćin (Yugoslavia), who were moved in 1989, and received capitalist citizenship (Austria) with a new name in 2002.

In her works, be they photographic series, films, or installations, Belinda Kazeem-Kamiński creates spaces for encounter, conversation, and sometimes confrontation between herself and the viewer, but first and foremost between herself and the people who populate her pieces, her memories, and her imagination: those who have been disappeared and who are gone, those who are here, and those who are to come. While the artist critically investigates regimes of looking and decodes the racist cultural apparatus underlying the ongoing system of subjugation and exploitation of Black lives, she outreaches at the same time the violence contained in archives, in museums, or in books by opening pathways for exchanging, caring, and imagining. Intertwining critical Black feminist theory, conceptual visual strategies, and (science-)fictional narration, Kazeem-Kamiński explores diverse methods to communicate across time and space as well as to set the conditions and to create spaces—real and imagined—for the processing of the past, invention of the future, and disintegration of the present as it is.

Twice postponed due to the pandemic, the final exhibitions by Ana Hoffner ex-Prvulovic* and Belinda Kazeem-Kamiński are the outcome of an intensive dialogue, ongoing self-reflection, and, in some cases, compromise. They include existing works reimagined and adapted for Kunsthalle Wien’s exhibition space as well as new works produced for the occasion.