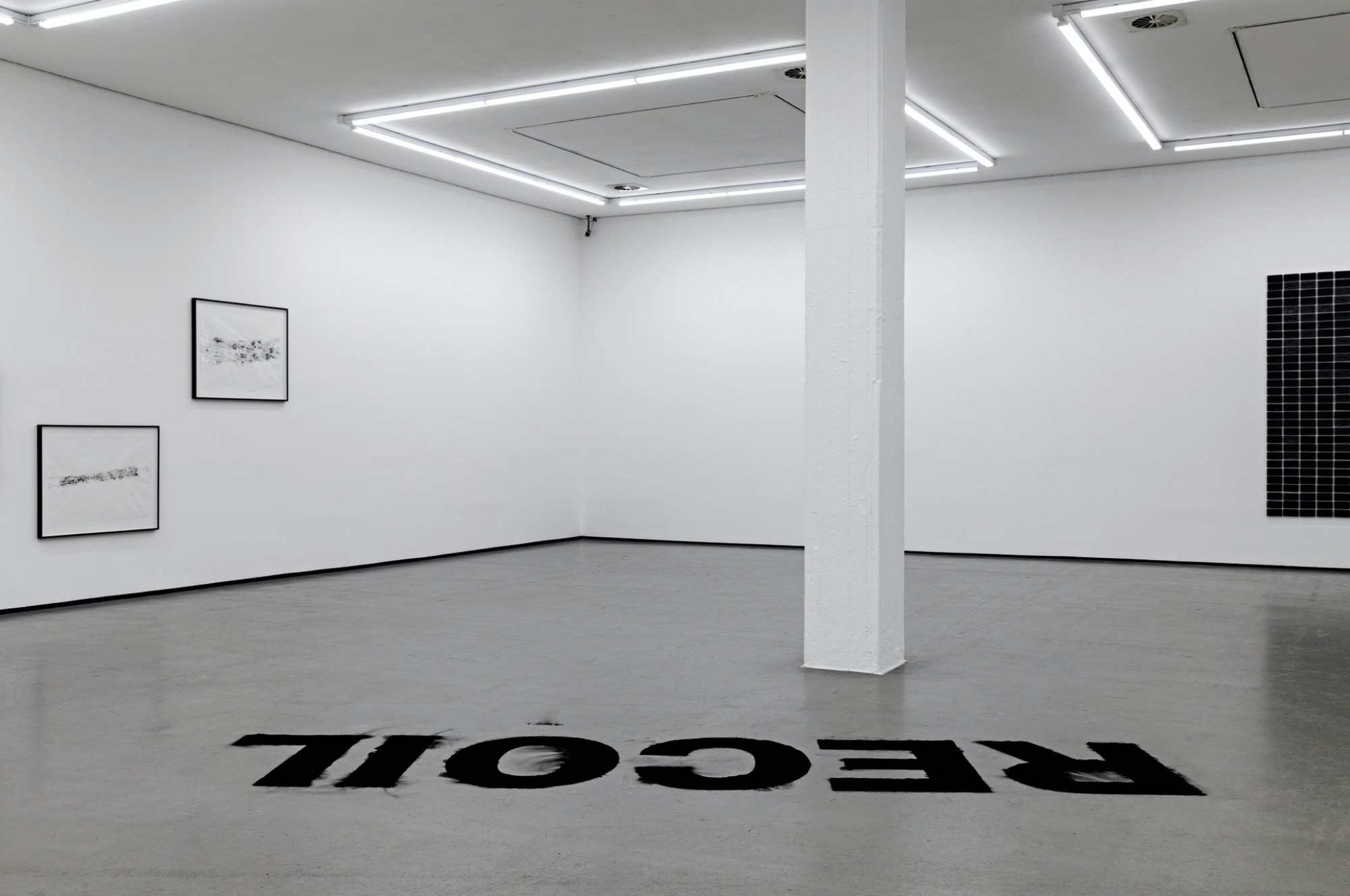 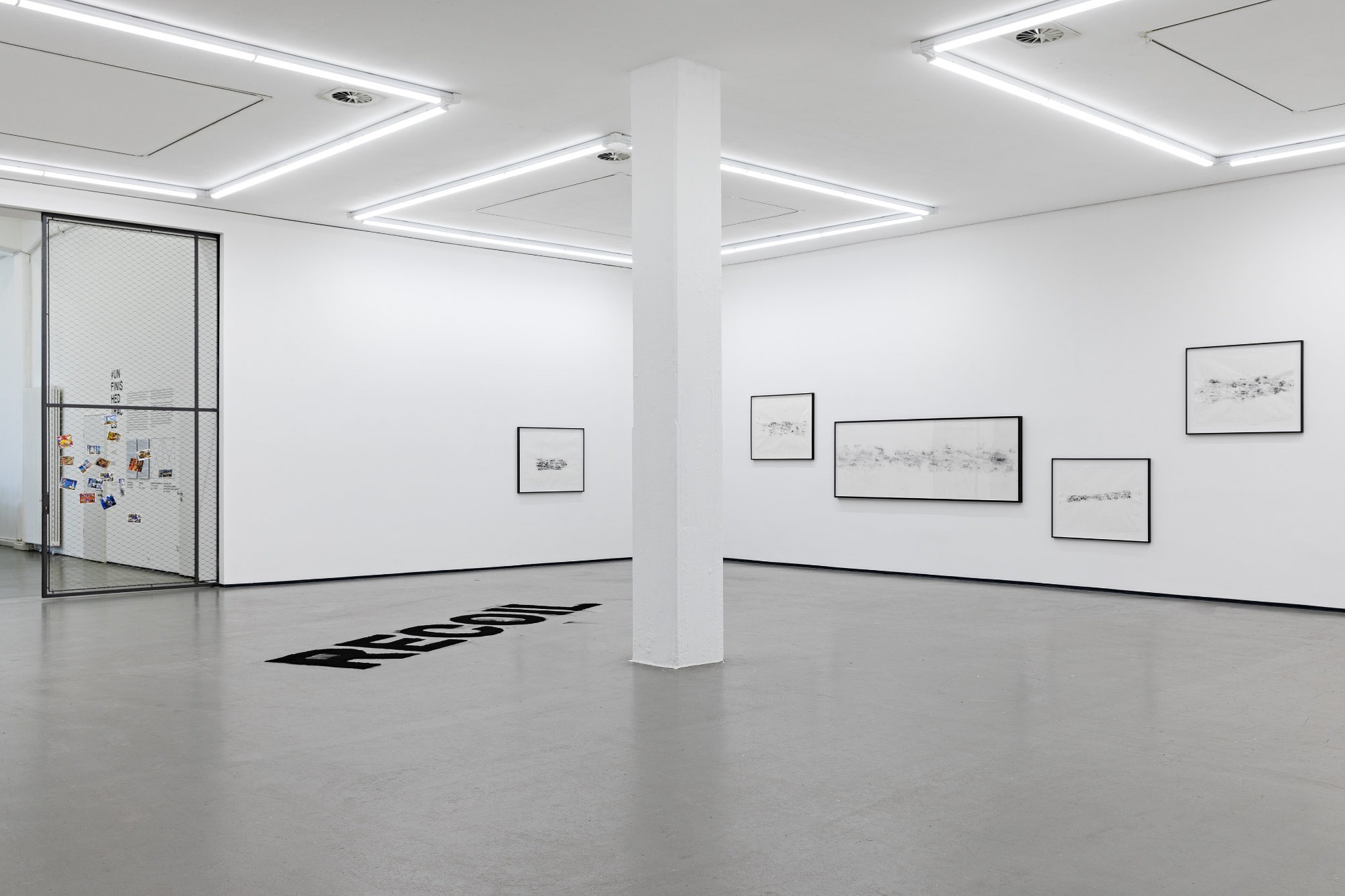 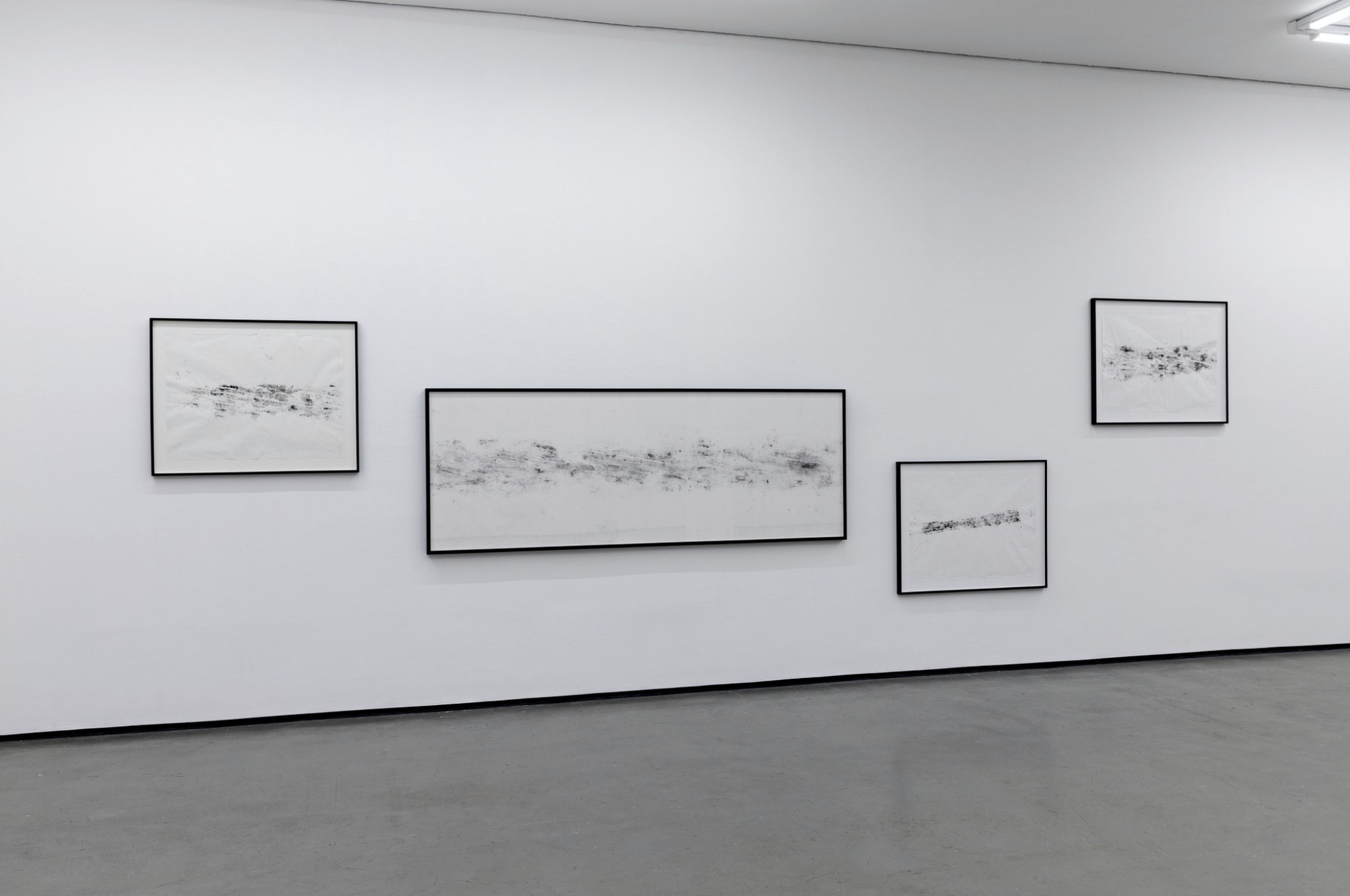 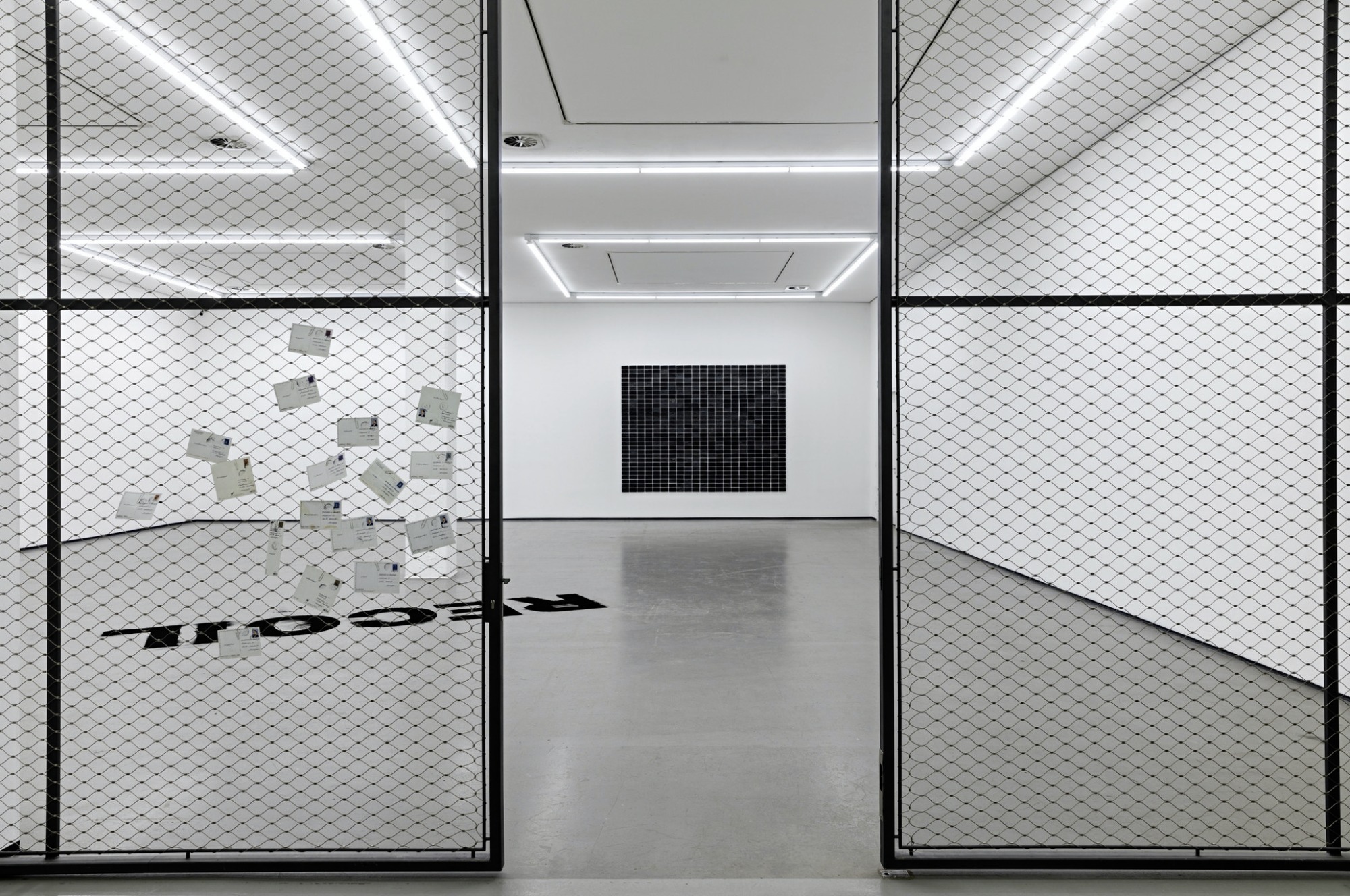 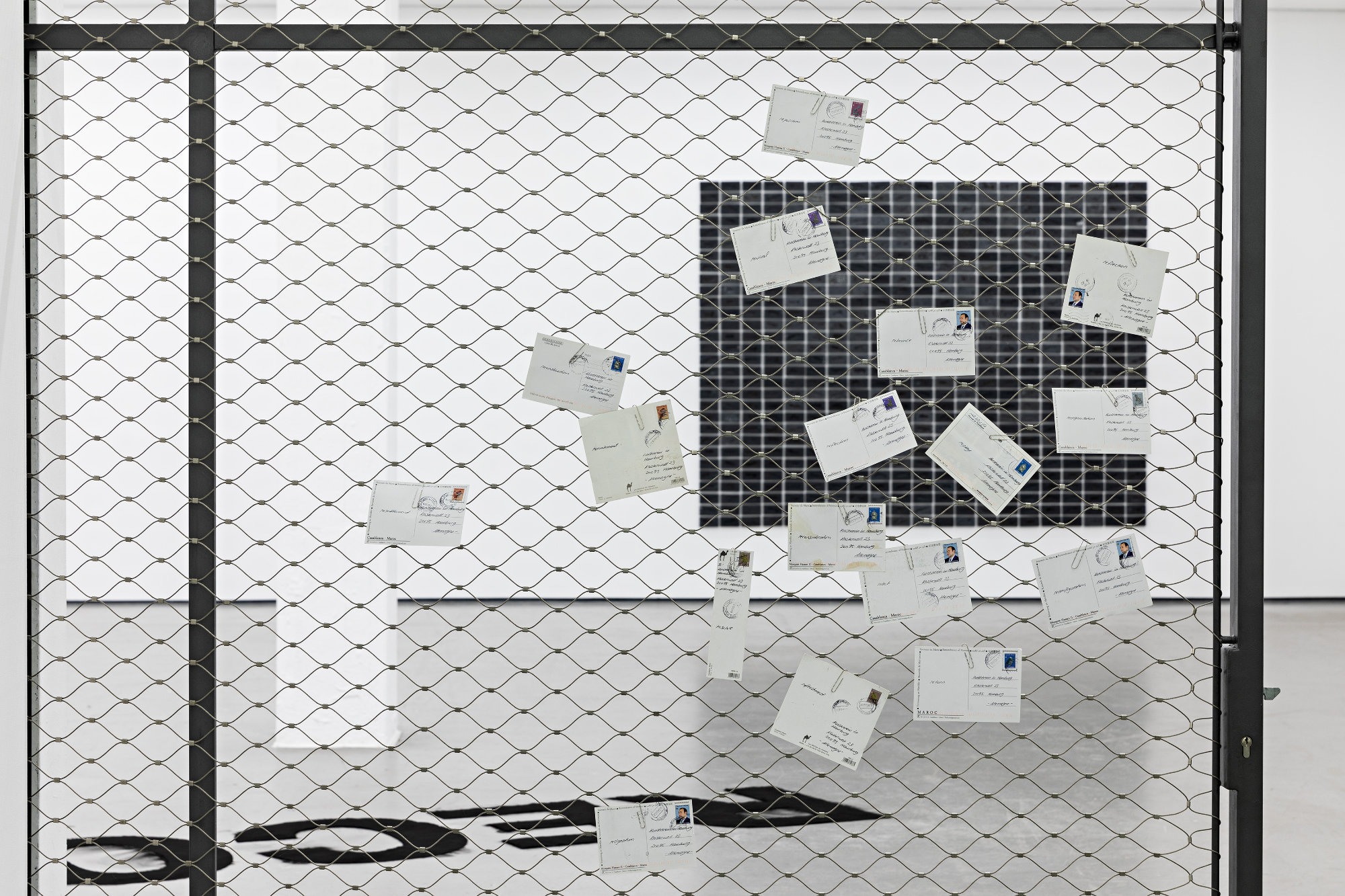 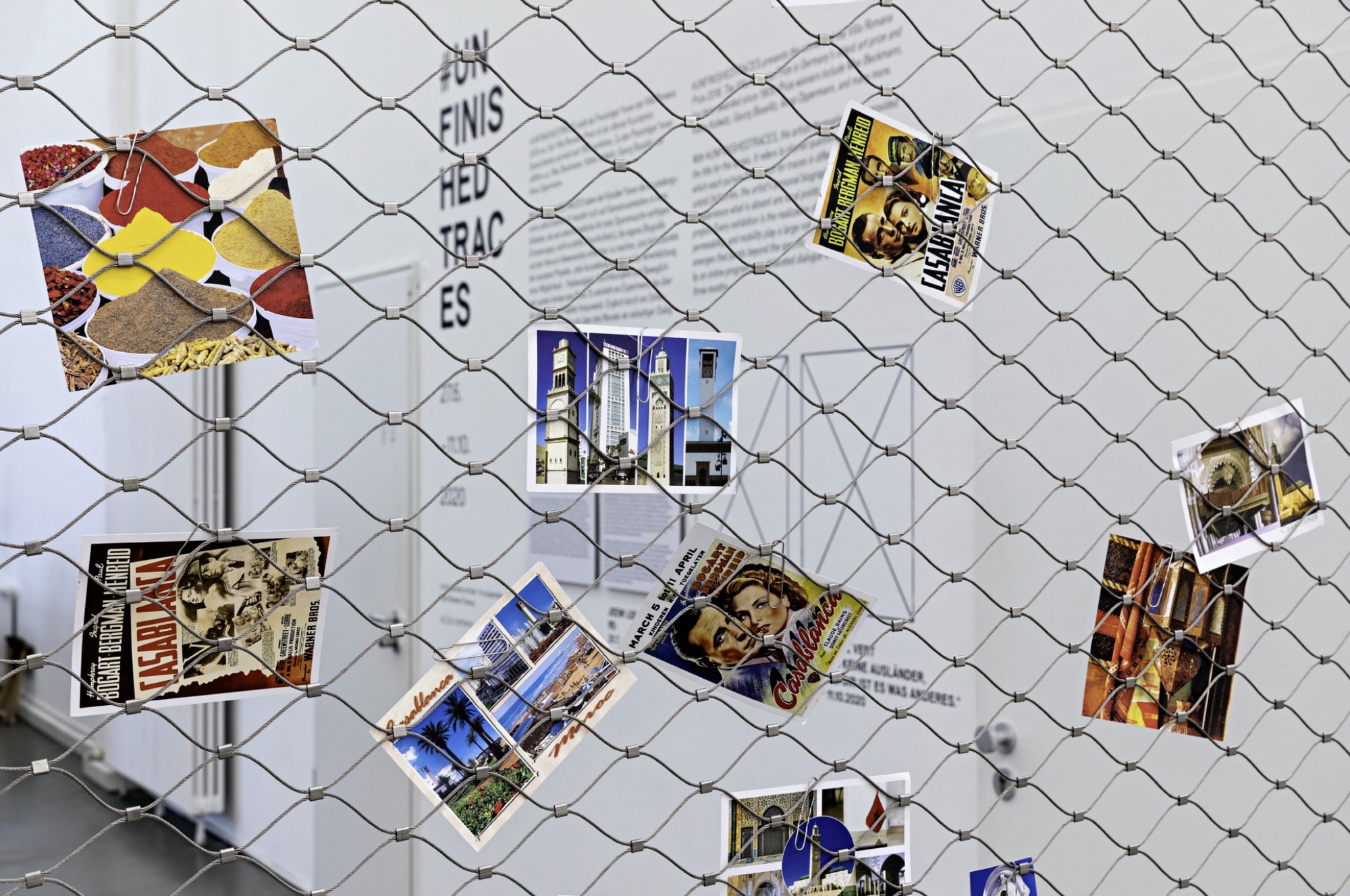 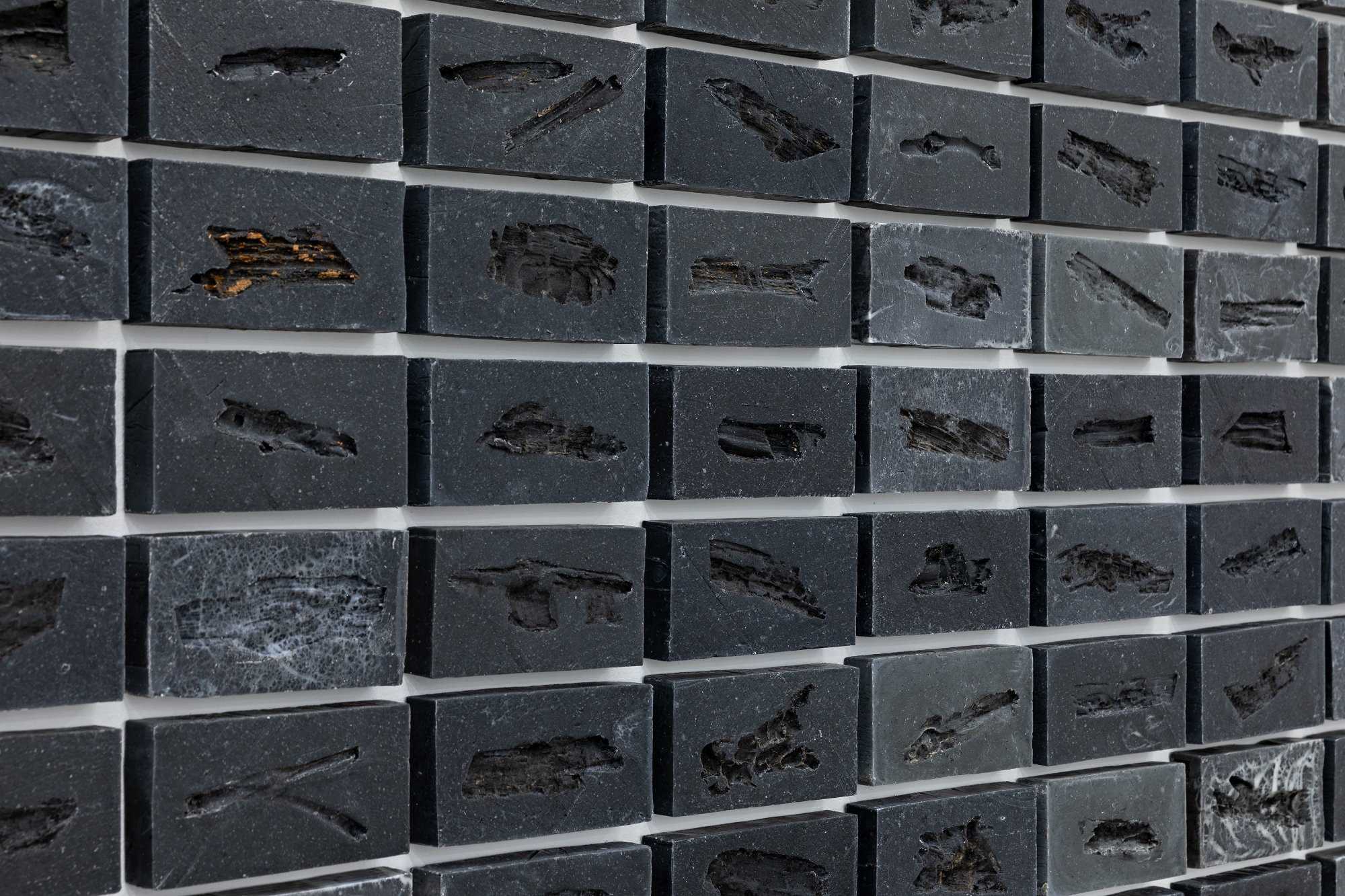 The Kunstverein in Hamburg is pleased to present the winners of the Villa Romana Prize to a wide audience in the exhibition series #UNFINISHEDTRACES. The Villa Romana Prize is Germany’s oldest art prize and has been awarded to four artists every year since 1905. Artists Jeewi Lee, Christophe Ndabananiye, Lerato Shadi, and Viron Erol Vert were the 2018 Villa Romana Prize winners selected by Nasan Tur (artist) and Bonaventure Soh Bejeng Ndikung (director of SAVVY Contemporary, Berlin).
With #UNFINISHEDTRACES, the artists themselves have provided the title for the series. It refers to shared qualities in their works, which each pursue the search for traces in different ways; memories, untold (hi)stories, the artist’s personal biography, and the attempt to experience what is absent are focal points in the content of each project. The title’s reference to what is left unfinished opens up a field of tension between the future and the past. Every exhibition is the realization of a possibility – ambiguity, permeability, and mobility play a large role here, both on the side of the institution as well as on the side of the artists. An experiment emerges that points beyond the specific projects. Supplemented by an online program, a multifaceted dialogue will develop over three months.

Jeewi Lee’s installations, actions, and image series take real and metaphorical traces as their starting point. She is interested in the indexicality of traces as echoes of an absence inscribed in time and that will therefore become part of the future. In her exhibition at the Kunstverein in Hamburg, Lee reflects on how moments of crisis such as the currently rampant COVID-19 pandemic leave a mark on the collective consciousness and permanently change our perception. For months, the world has found itself in a state of emergency in which it is hard to foresee how it will continue. It seems as though we can only navigate, but no longer steer. At the same time, the question of how our behavior as humans caused the current situation is still being asked. Bernd Scherer, director of the Haus der Kulturen der Welt in Berlin, recently wrote: “the anthropocene world is one where there is no longer an outside. Since human knowledge and technology are transforming the entire planet, as actors, humans still remain part of what is happening. We permanently manufacture the world to which we are then exposed.”
These thoughts also got Lee thinking during preparations for her exhibition at the Kunstverein in Hamburg, which has also been affected by the consequences of the pandemic. The artist has been stuck in Morocco for months. She was on her way back to Berlin from a residency program when an exit ban initially prevented her return. On June 10th, the lockdown in Morocco was extended for a third time.

Lee has made the multi-part work Ashes to Ashes (2019/2020) the heart of the exhibition. It consists of handmade soap shaped using ash and coal from the Monte Serra forest in Tuscany where there was a bad fire in September 2018. The man-made fire effected more than 600 hectares of land. During her stay at the Villa Romana, Lee traveled to the scene of the incident to collect ash and charred tree trunks. Using these silent witnesses of humans’ impact on nature, she created the soaps, which became part of a cycle recounting destruction to regeneration. A forest fire leaves behind fertile ground upon which a new world of plants quickly thrives – a fact upon which the thousand-year-old agricultural tradition of slash-and-burn cultivation is based. In the context of ritual cleansing, soap is also related to new beginnings.

With these references, Lee points to the Anthropocene, the geological epoch in which people have become a decisive, influential factor for every process on the planet. All forest fires are caused by humans and the frequent massive fires of recent years have benefitted from global warming. The large amounts of CO2 being produced are also accelerating the greenhouse effect.
The ecological concerns in Lee’s work are now interwoven with yet another theme. Today, we associate a bar of soap with the fundamental hygiene measures that we have been reminded of for months. Experiences during the pandemic have brought a new urgency to discussions about deceleration and sustainability. The direct threat and existential fear seem more tangible than in the case of the debate about climate change. Both phenomena are nevertheless directly connected to human actions on the planet. Furthermore, the forced pause brought about by the lockdown has led to a new focus on what is most essential and put into question many things supposedly taken for granted.

The artist plays with this additional interpretation of her work in the exhibition. The title is already a reference to this: the simple presyllable re-, which as a word-forming element means “repetition” or “renewal” as well as “contrary.” Since the third extension of the Moroccan lockdown, Lee has been sending postcards to the Kunstverein from her exile in Casablanca. She always writes on them one word that begins with “re-.” The cards travel a path as surrogates where the artist herself is currently forbidden. They communicate ruminations about new beginnings or reversals and the wish to return home after more than three months. At the same time, the postcards bring different realities together in the exhibition. While the situation in Germany seems to be relaxing and normalizing, the effects of Coronavirus in Morocco are as acute as ever and mean massive restrictions for the population.
www.kunstverein.de
Edit Kunstverein Hamburg