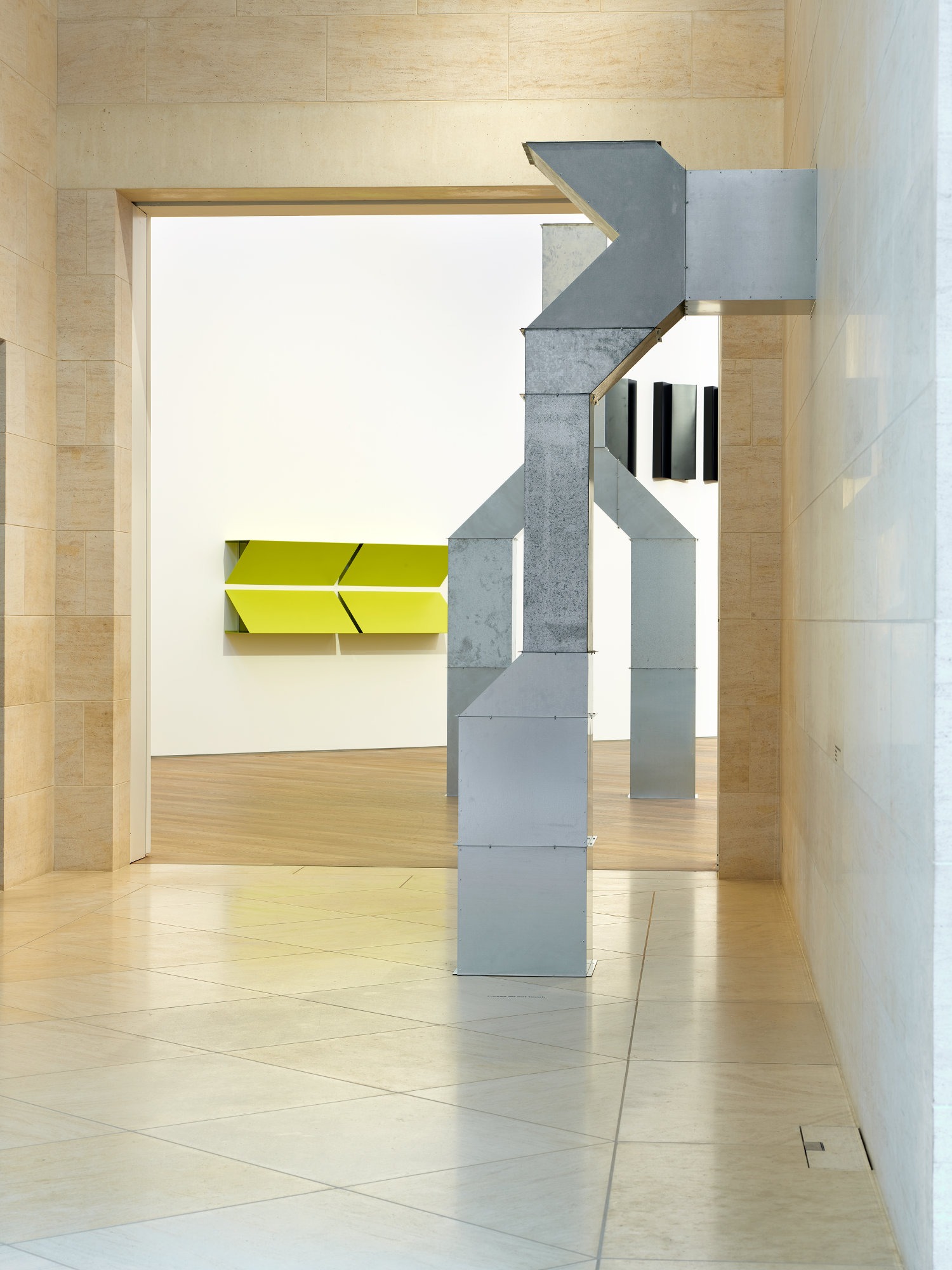 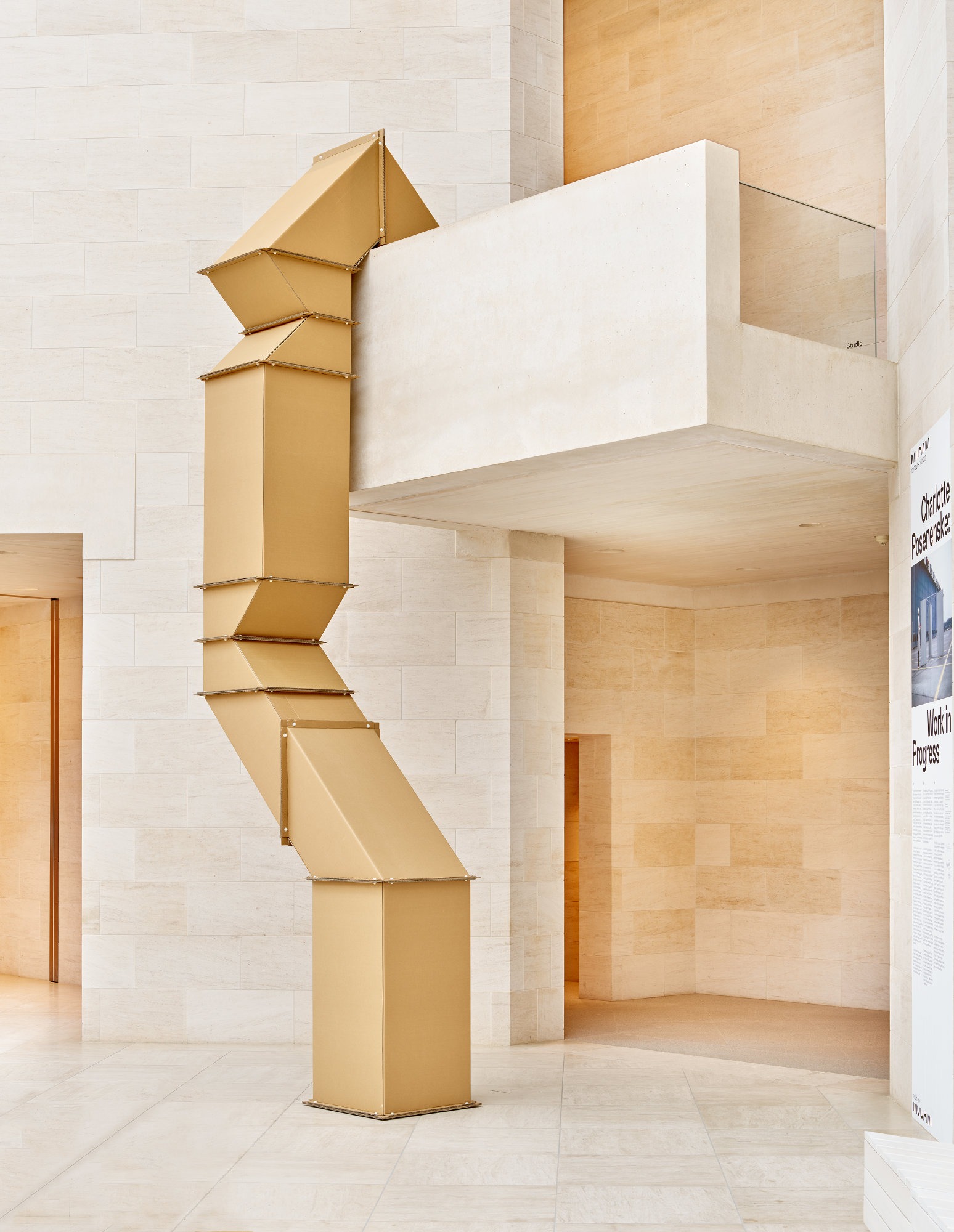 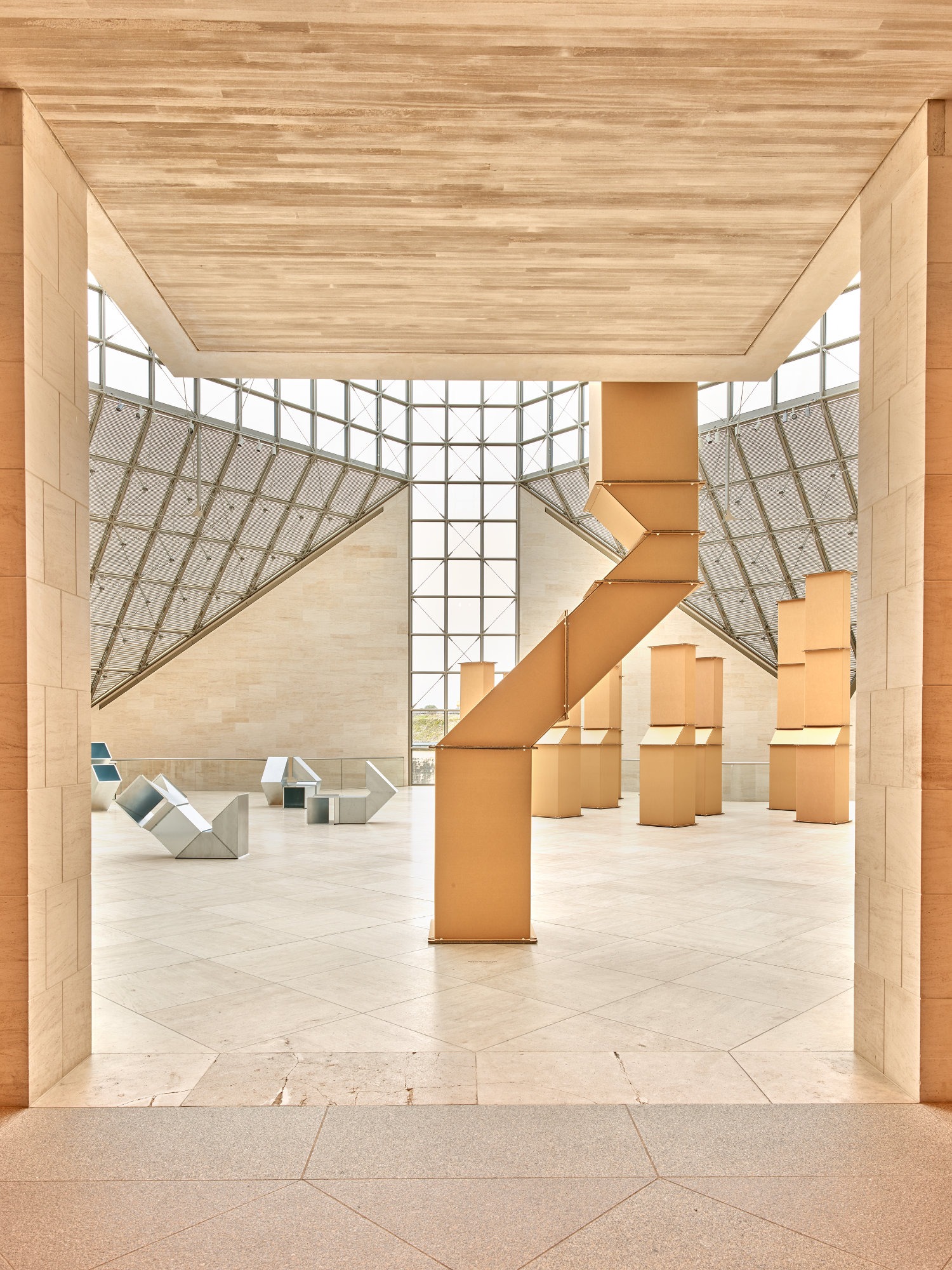 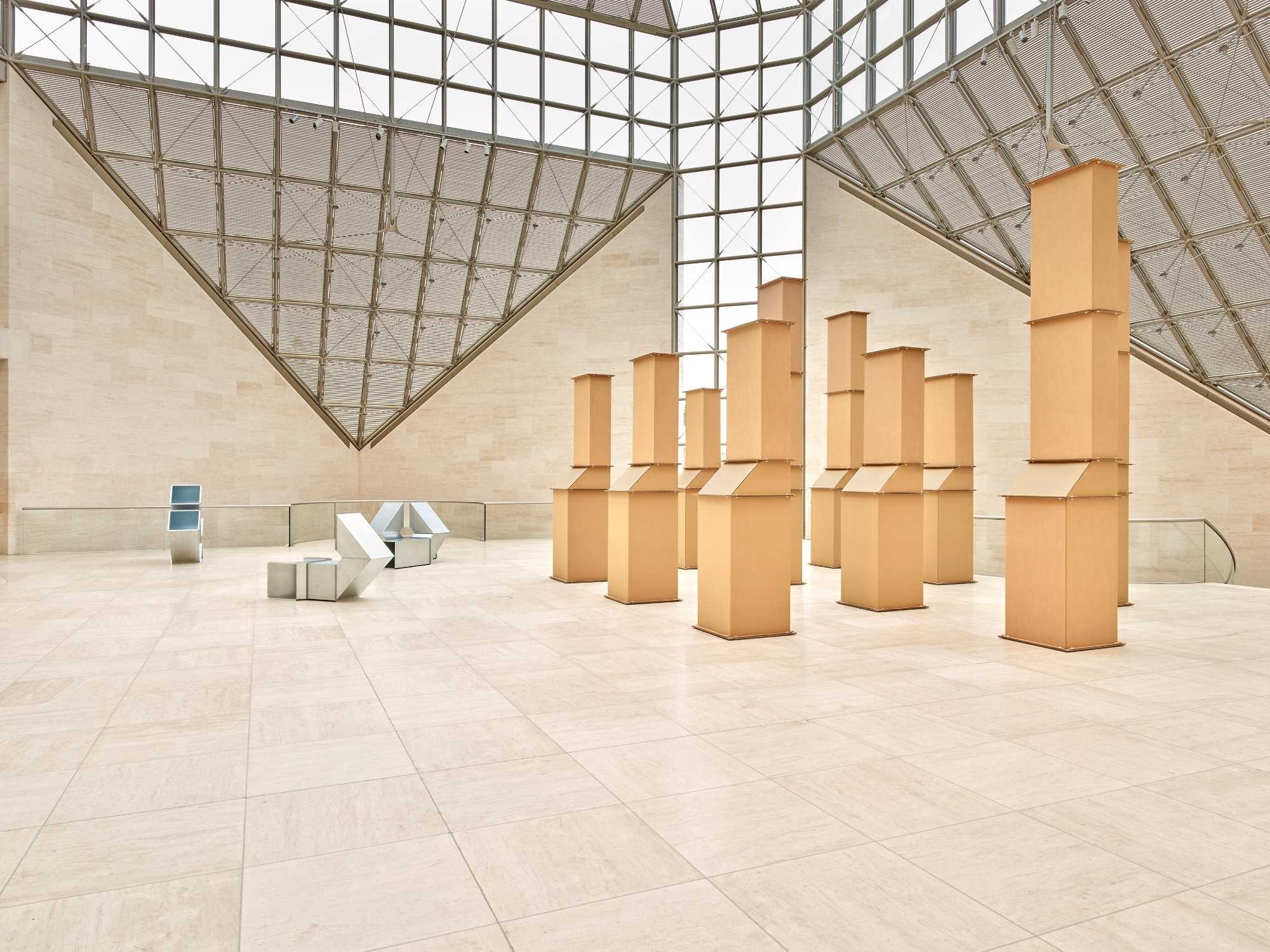 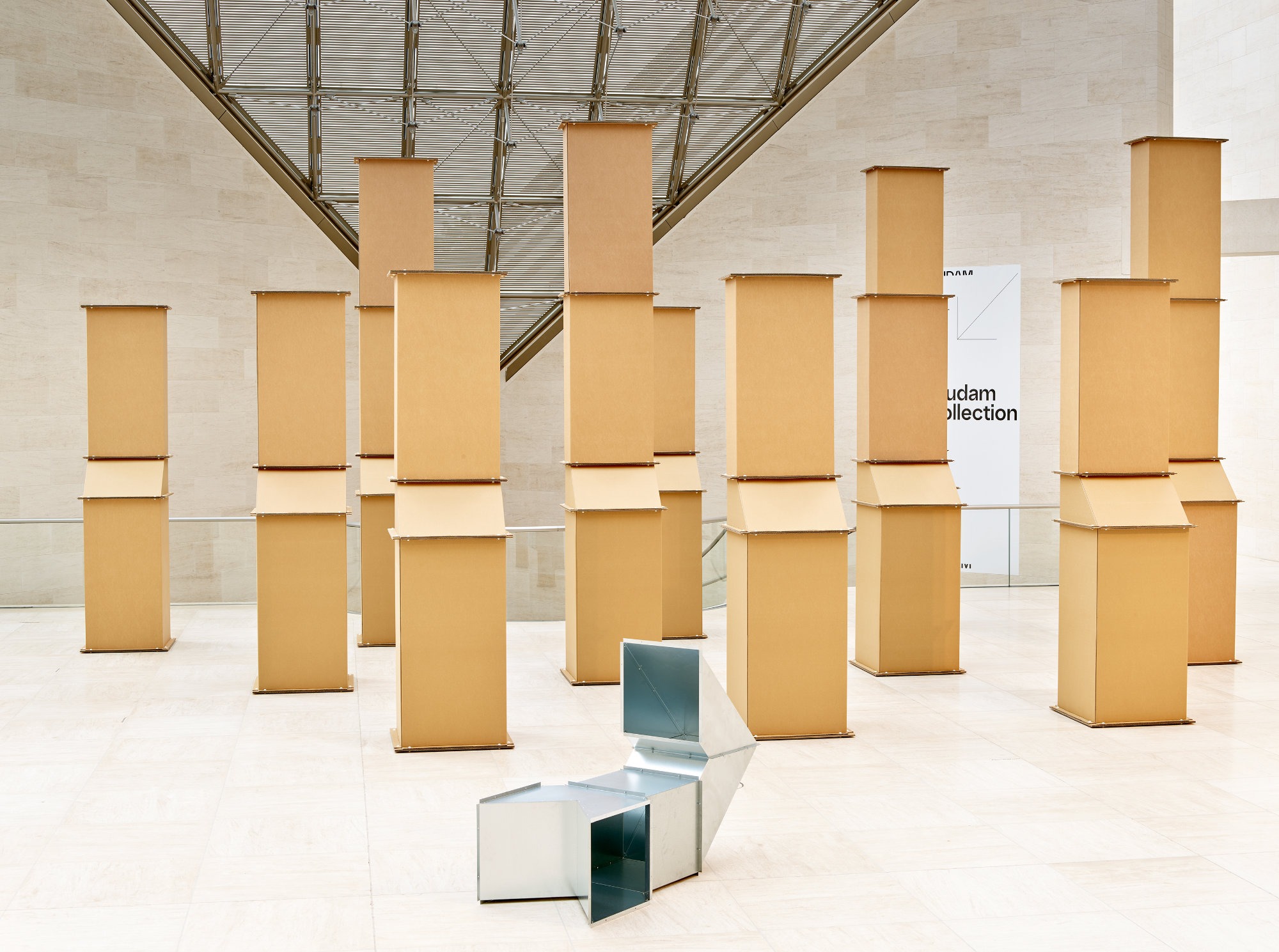 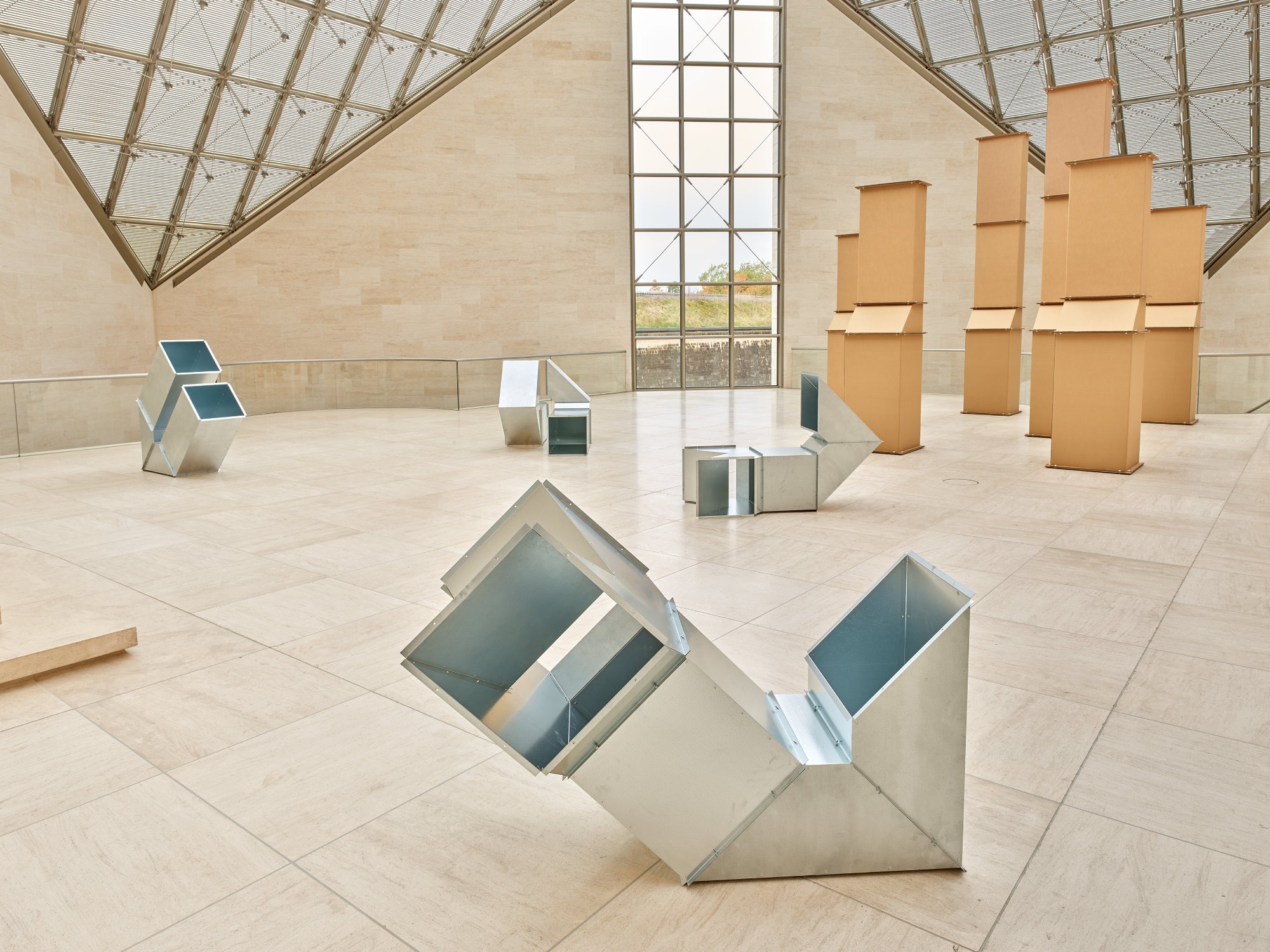 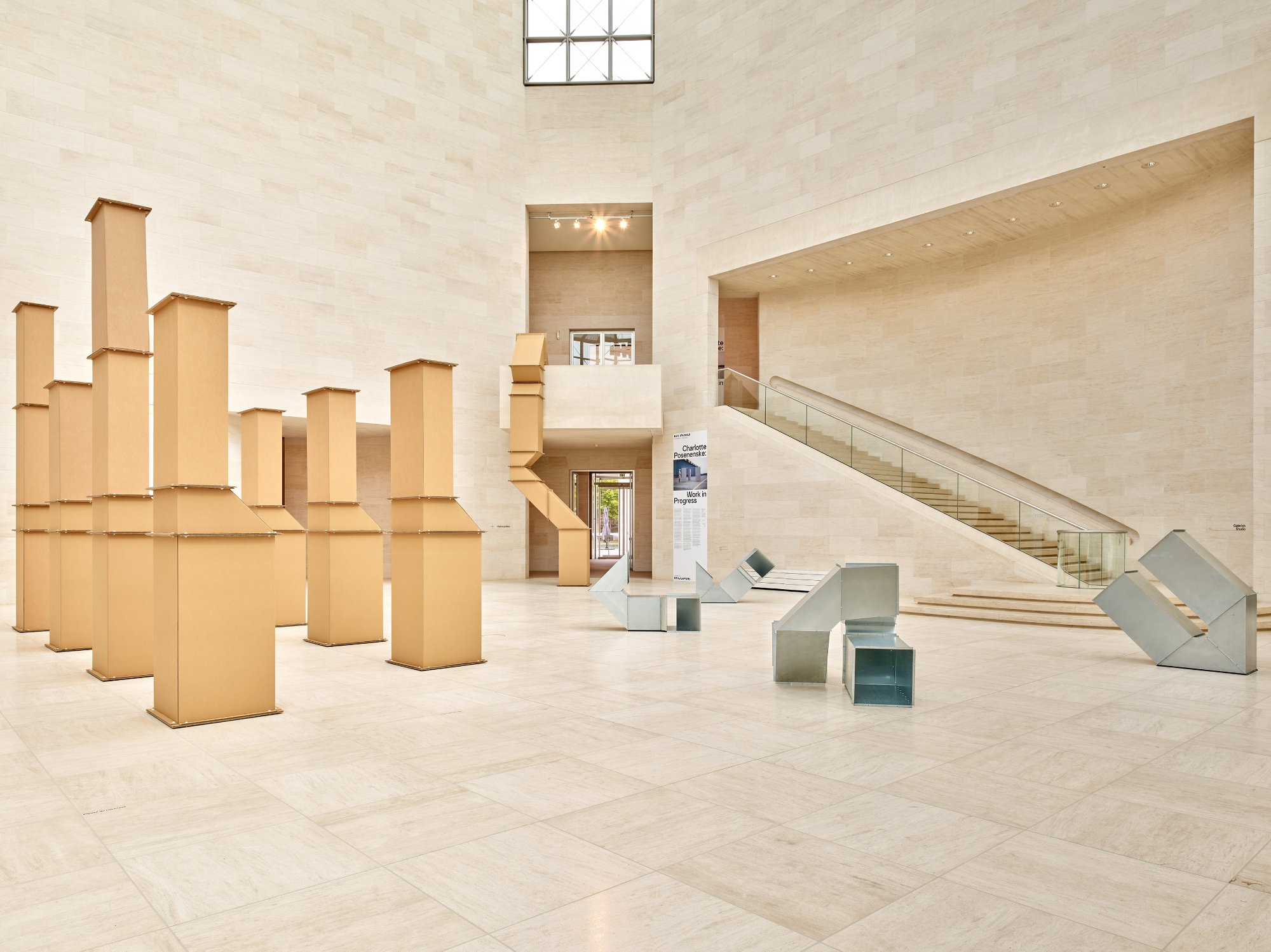 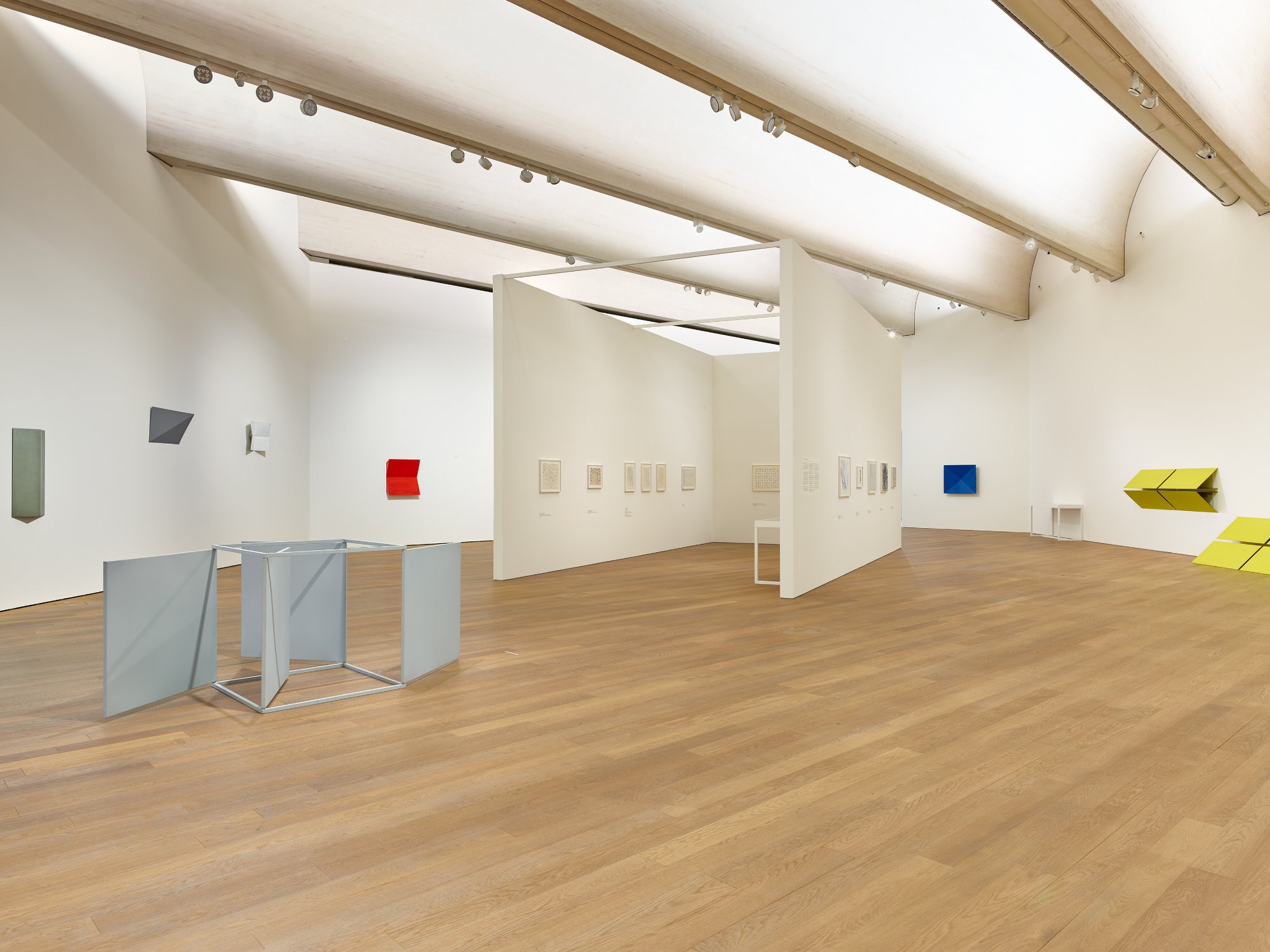 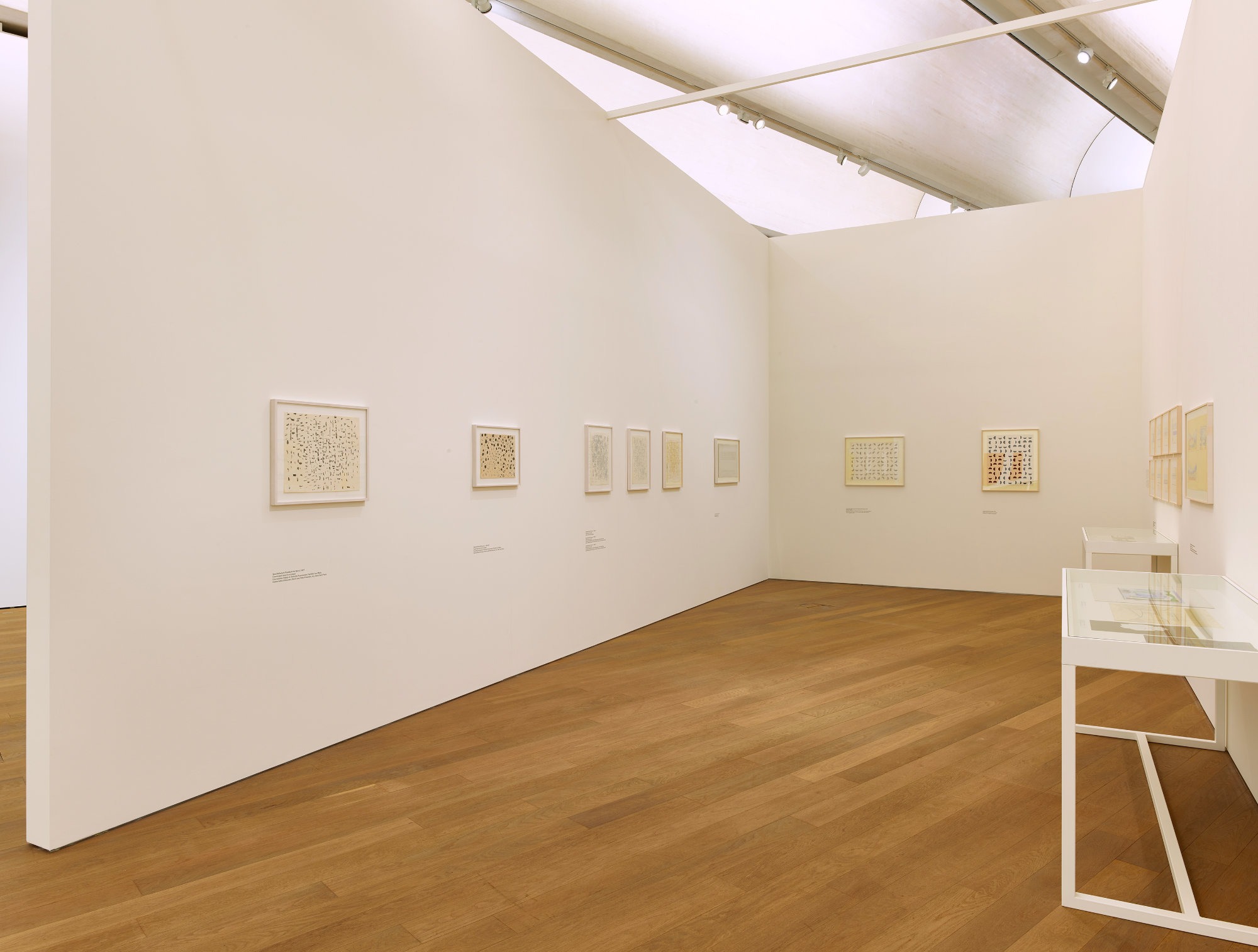 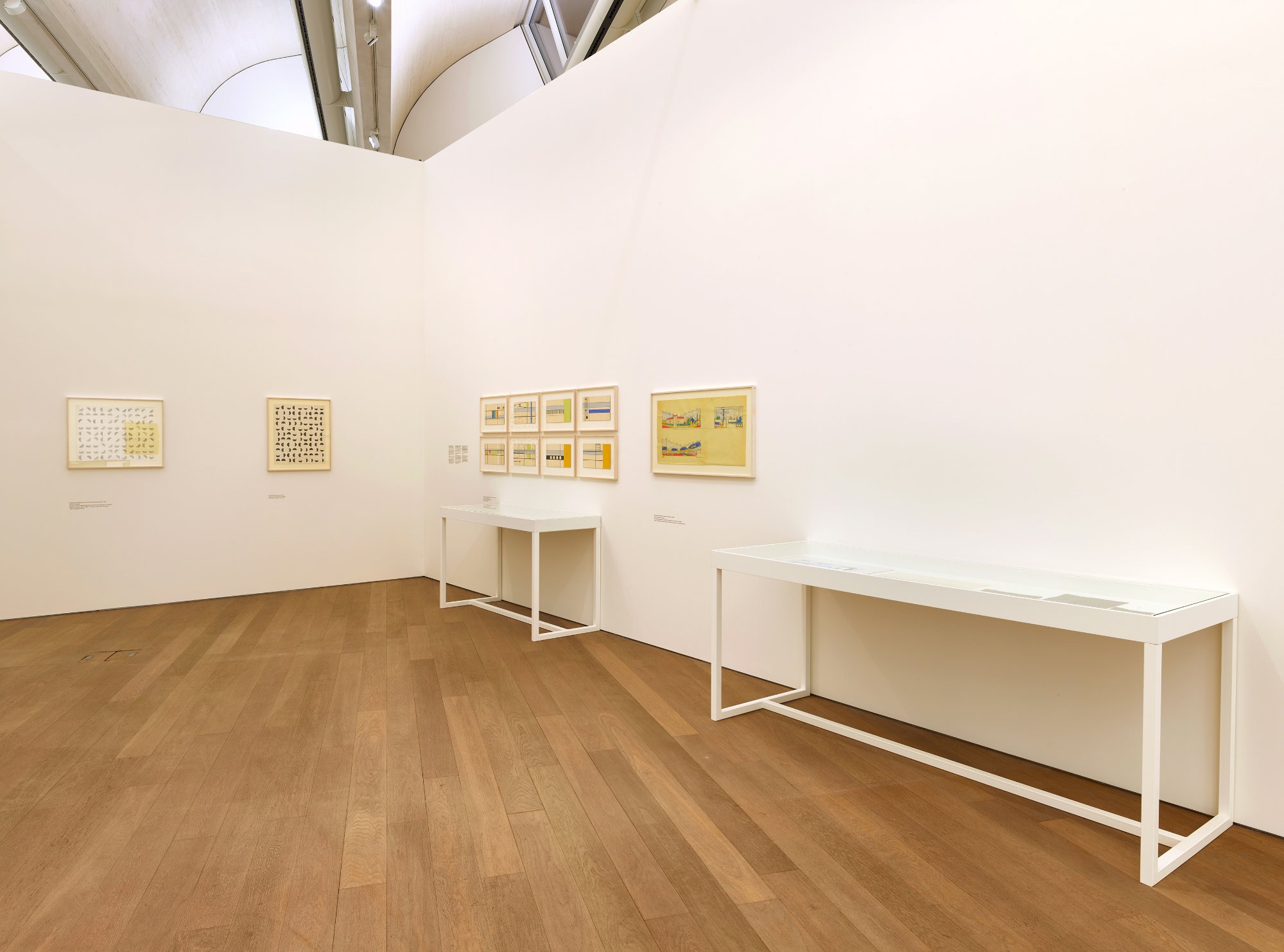 Charlotte Posenenske: Work in Progress is a comprehensive study of the artist’s work. Distinguished by its radically open-ended nature, her sculpture, drawing and painting embraced reductive geometry, repetition and industrial fabrication. Posenenske developed a form of mass-produced Minimalism that addressed the pressing socioeconomic concerns of the 1960s, circumventing the art market and rejecting established formal and cultural hierarchies.

The exhibition surveys Posenenske’s artistic production over a twelve-year period, before she turned her attention away from making art to study the sociology of labor. Active as an artist in Germany between 1956 and 1968, Posenenske created works that were in dialogue with international movements of the time, ranging from Art Informel and Group ZERO, to Minimal and Conceptual Art. In 1968 she turned her attention briefly to public space before ceasing to make and exhibit art, publishing a statement: “I find it difficult to come to terms with the fact that art can contribute nothing to the solution of pressing social problems.

From Posenenske’s earliest experiments with mark making and drawing, to the wall reliefs and later modular sculptural projects, the exhibition includes original prototypes for her sculptures as well as more than 150 newly fabricated elements. Works include sculptures from the five industrially fabricated, mass-produced series of modular, geometric sculptures (Series B, C, D, DW, and E). Minimal in aesthetic, the elements within each series are variously activated by their “consumers” – Posenenke’s term for those who engage with her work – who are invited to creatively assemble the parts into unique combinations of their choosing.

Posenenske considered these infinitely permutational and playful sculptures as being collaboratively authored – by the artist who designed them, the workers who fabricated them, and the consumers who combined them. These are presented alongside the monochromatic Reliefs Serie B and C (1967), which are arched, folded or canted, and can be mounted on the wall or placed on the floor. The presentation also features units of Vierkantrohre Serie D and DW (Square Tubes Series D and DW, 1967), which are built from galvanized steel and cardboard respectively and evoke industrial ventilation systems. A historic Series E (1967-68) prototype is presented alongside a recent fabrication of this series Drehflügel Serie E (Revolving Vane Series E, 1967-68/2018), made for visitors to activate, according to Posenenske’s original concept. Also included are more than thirty examples of early works on paper and wall reliefs.

Curators: Jessica Morgan and Alexis Lowry. The presentation of the exhibition at Mudam is curated by Clément Minighetti. Assisted by Sarah Beaumont

The exhibition Charlotte Posenenske: Work in Progress is organized by Dia Art Foundation in Beacon, New York, in collaboration with MACBA in Barcelona, the Kunstsammlung Nordrhein-Westfalen in Düsseldorf and the Mudam Luxembourg – Musée d’Art Moderne Grand-Duc Jean.

Charlotte Posenenske (b.1930, Wiesbaden; d. 1985, Frankfurt) studied art in Stuttgart at the beginning of the 1950s, and worked as a costume and set designer for regional theatres in Lübeck and Darmstadt. Following experimentation with mark making techniques and mural commissions, Posenenske began to devise wall structures that occupy the threshold between painting and sculpture. In 1967 she started mass producing of modular and reproducible sculptural units, provided with a variety of preset characteristics and standard measurements. She stopped making art altogether in 1968 and dedicated herself to the study of the sociology of labour. Since her death in 1985, her work has gained renewed attention through presentations at the São Paulo Biennial (2012); Palais de Tokyo, Paris (2010); Artists Space, New York (2010); Museum of Modern Art, New York (2009); documenta 12, Kassel (2007); and MMK Museum für Moderne Kunst, Frankfurt (1990).
www.mudam.com