20 Years of »Der Bevölkerung (To the Population)« at the German Bundestag. A Project Documentation. 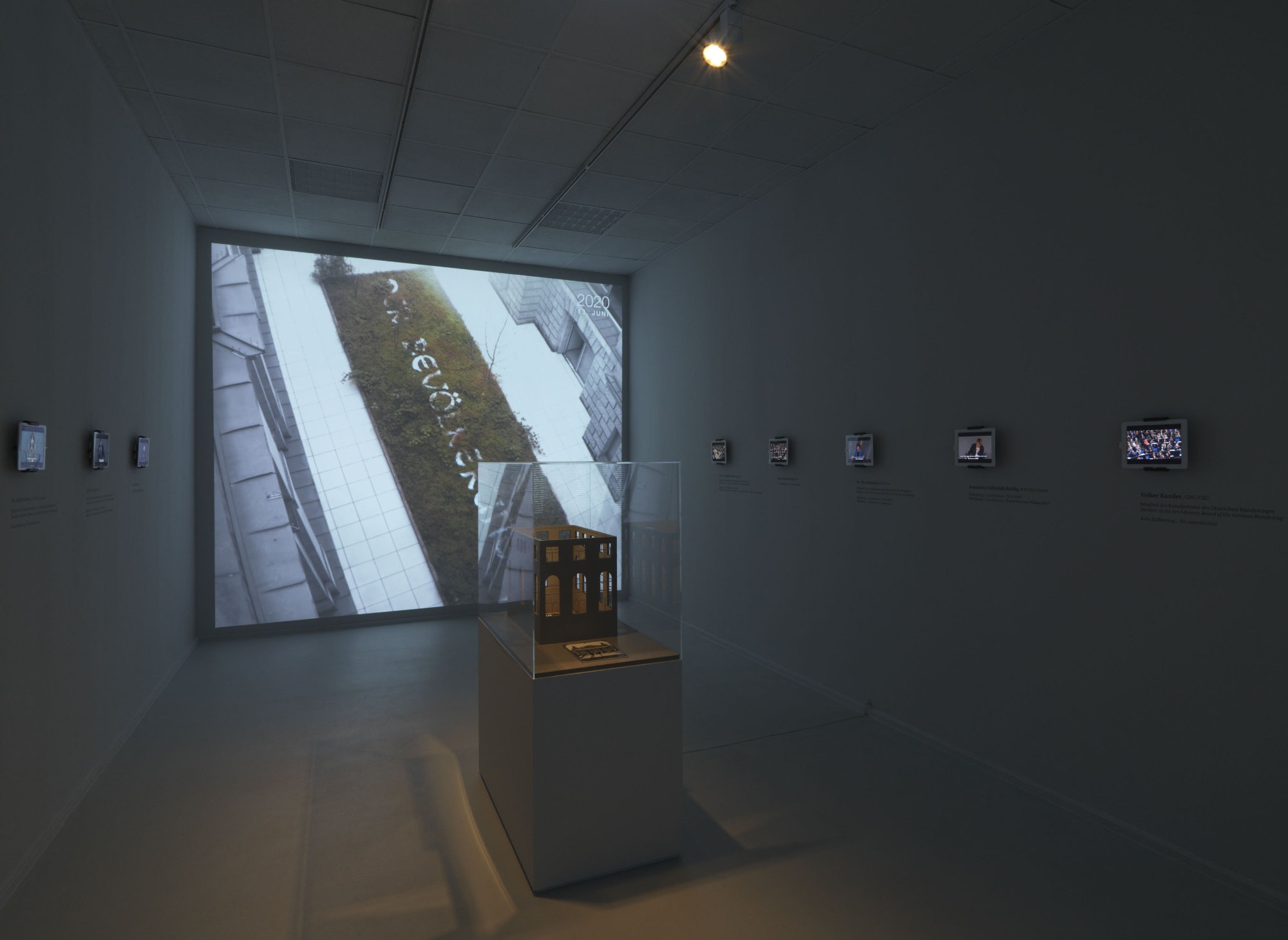 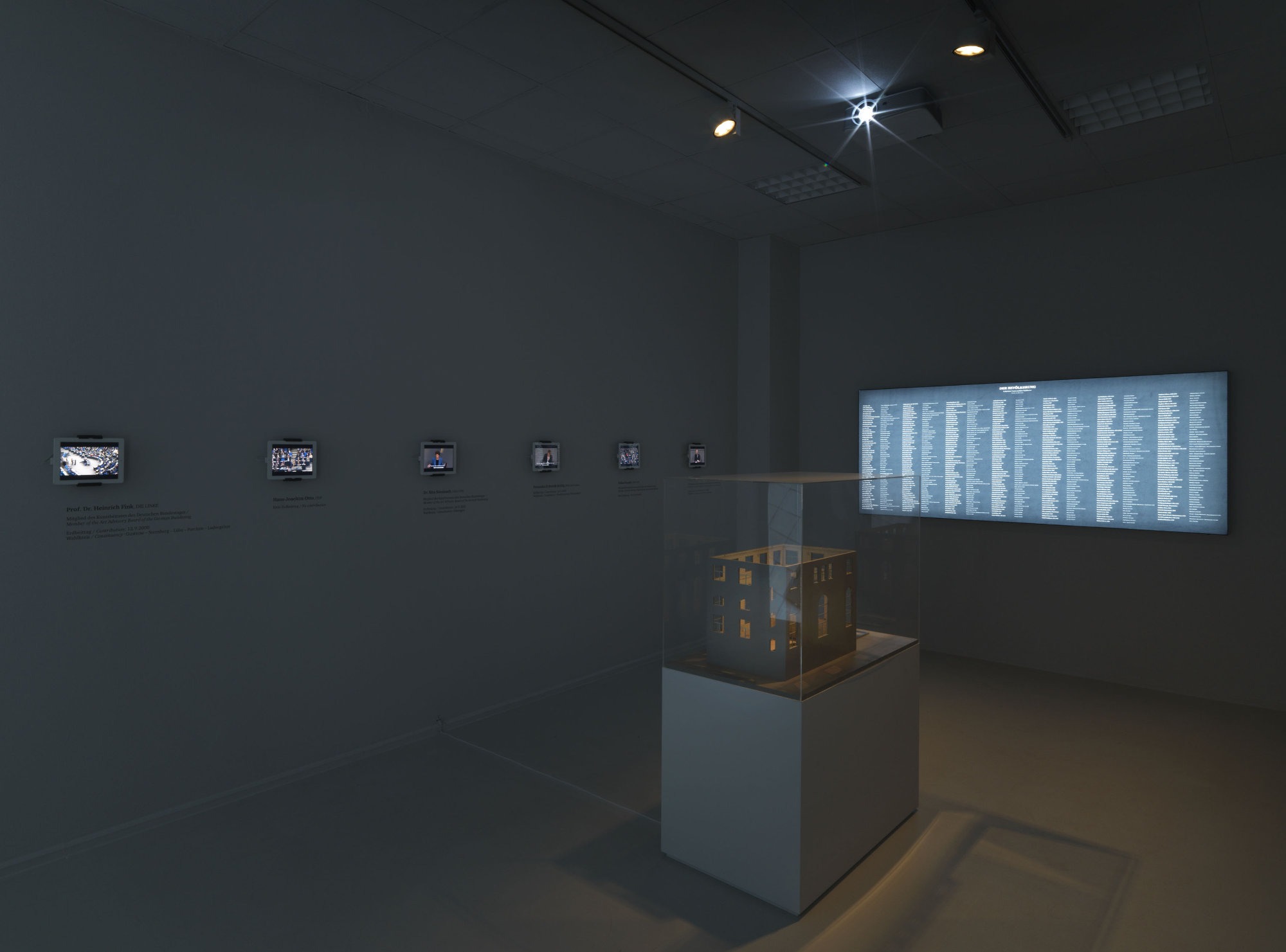 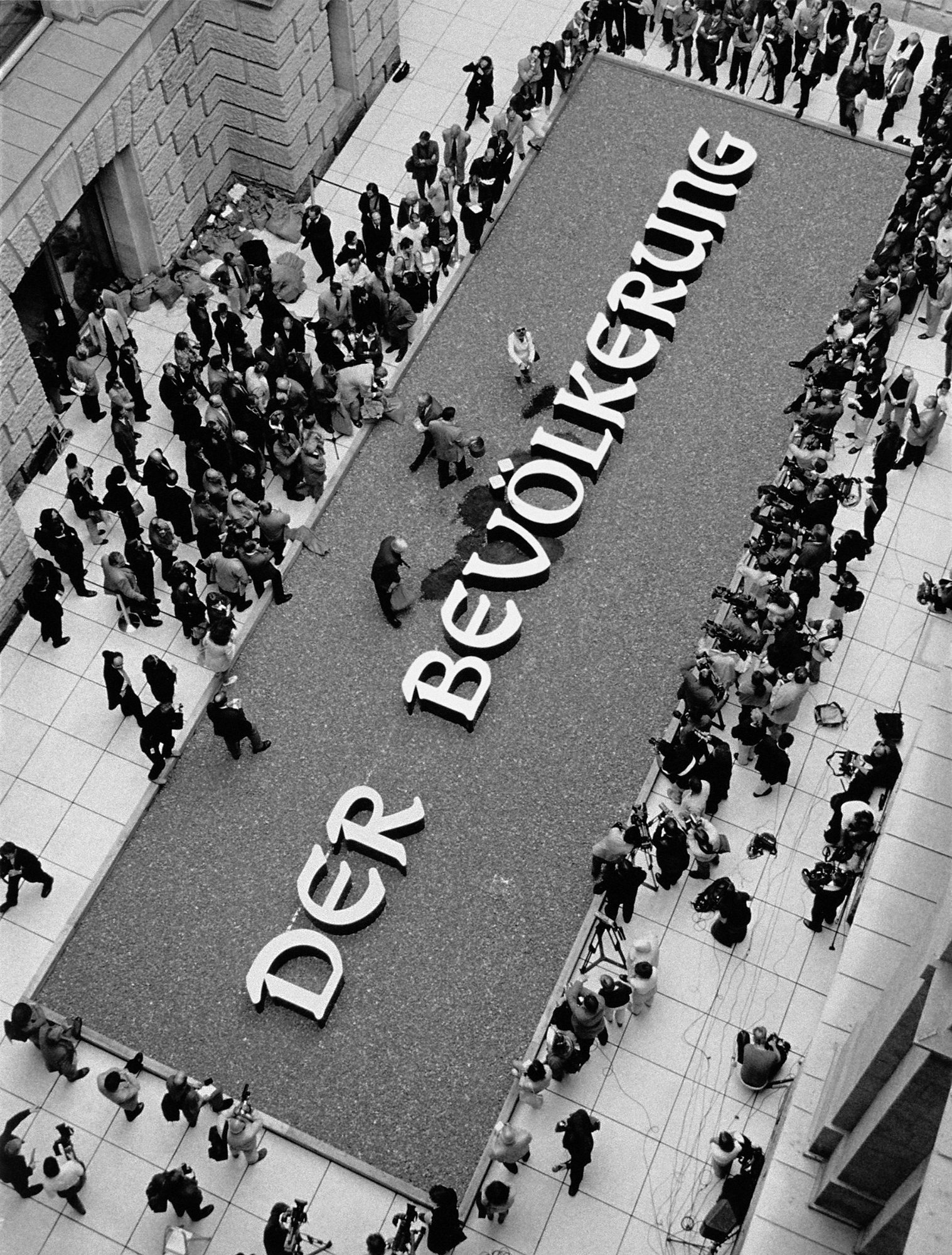 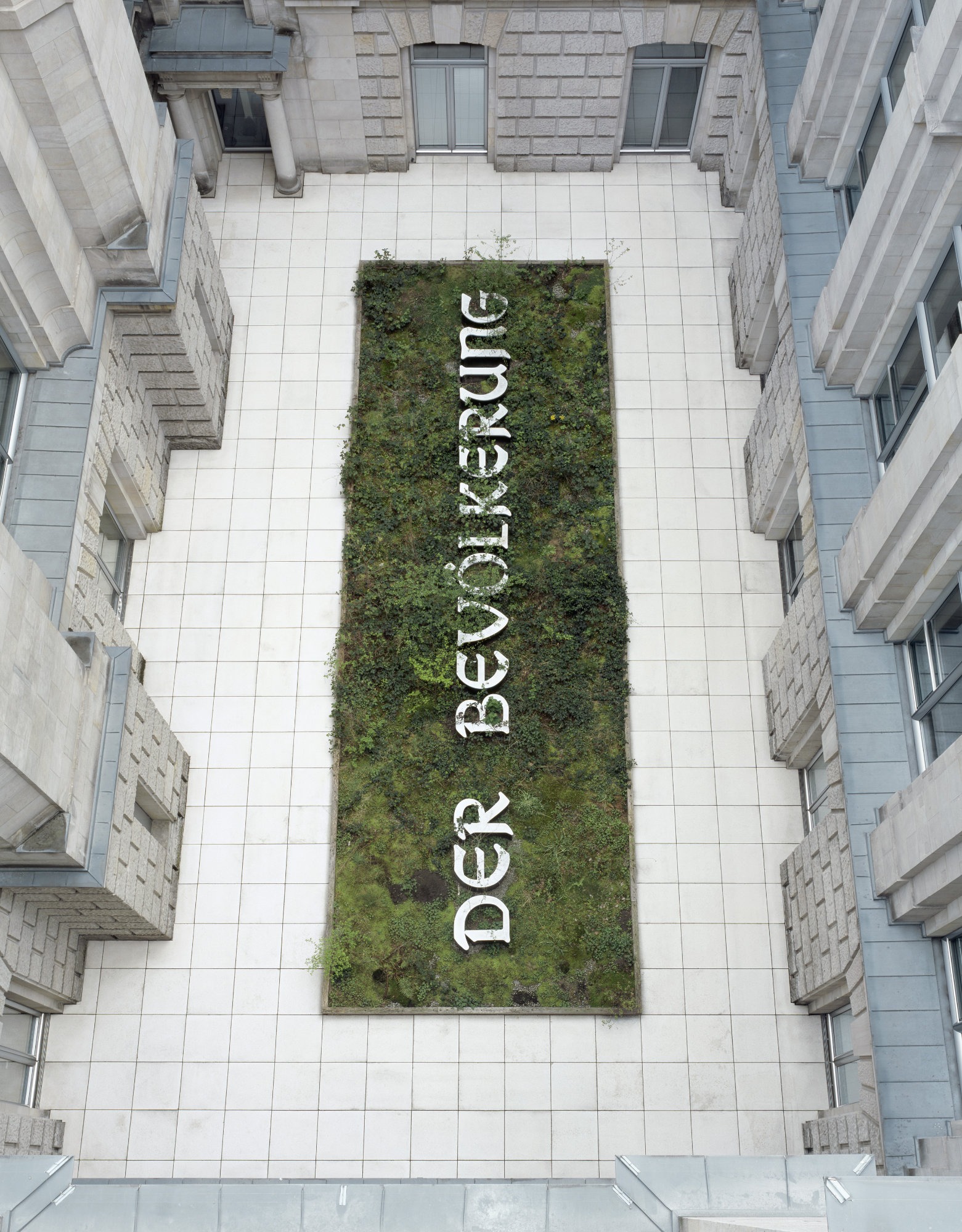 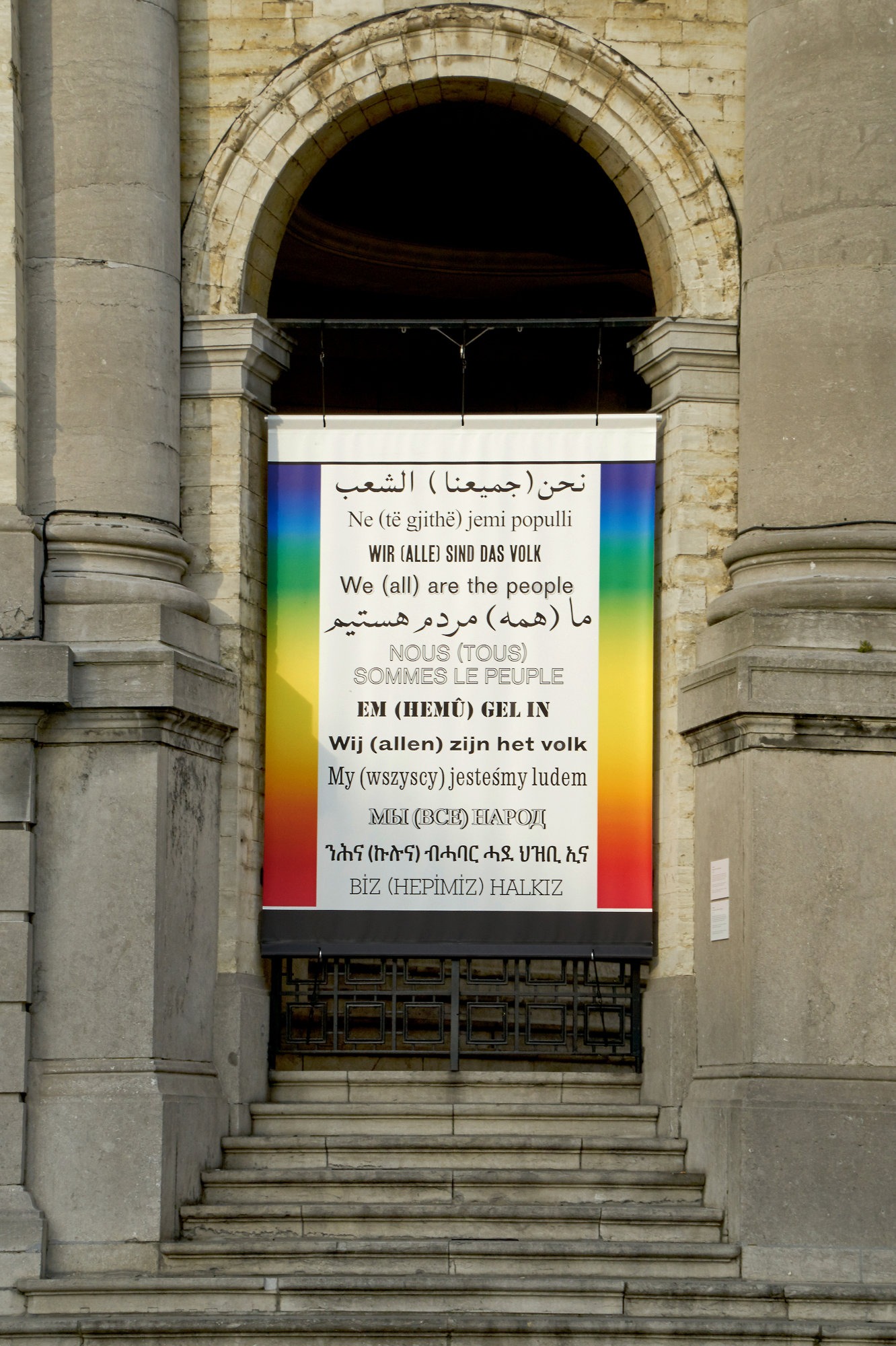 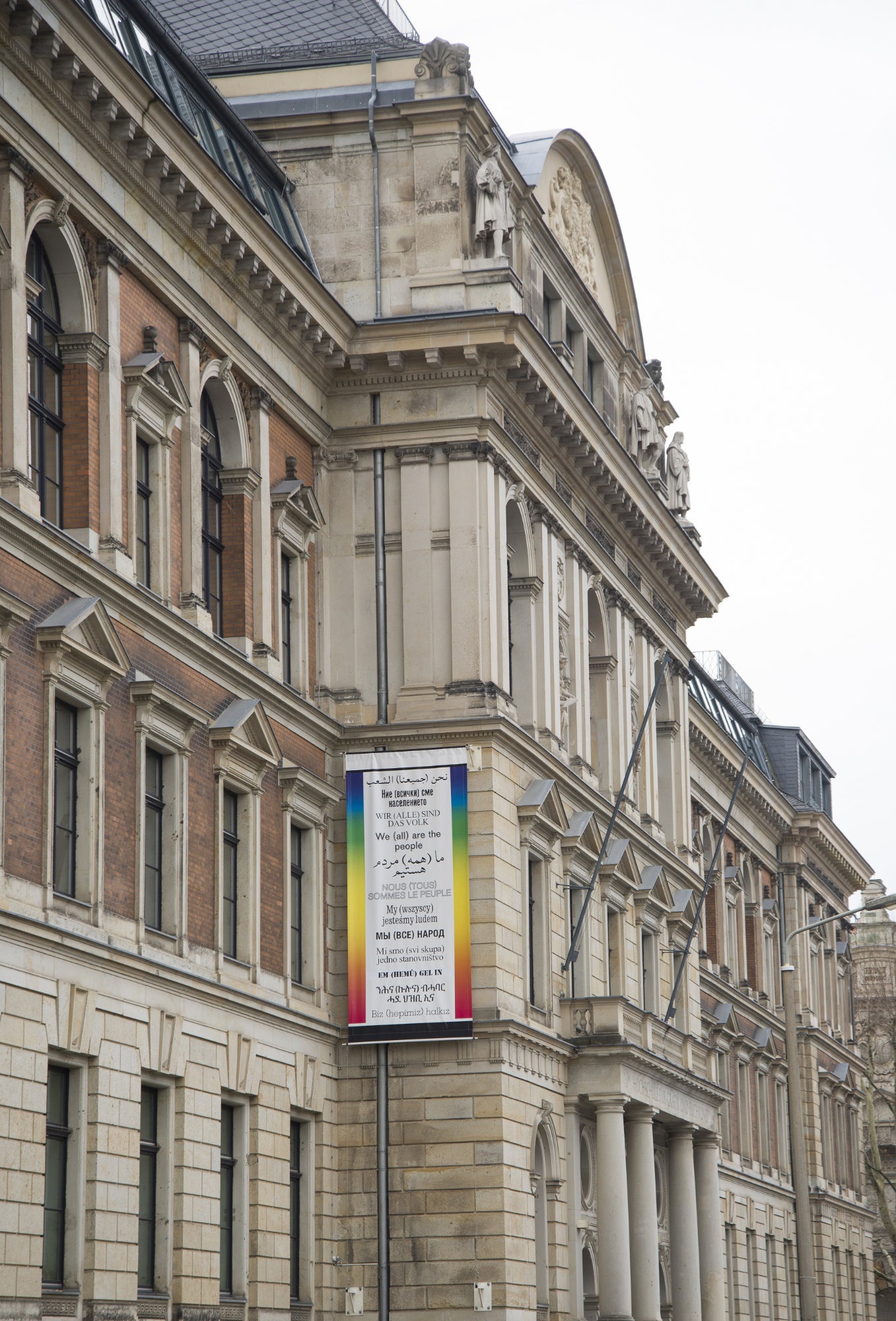 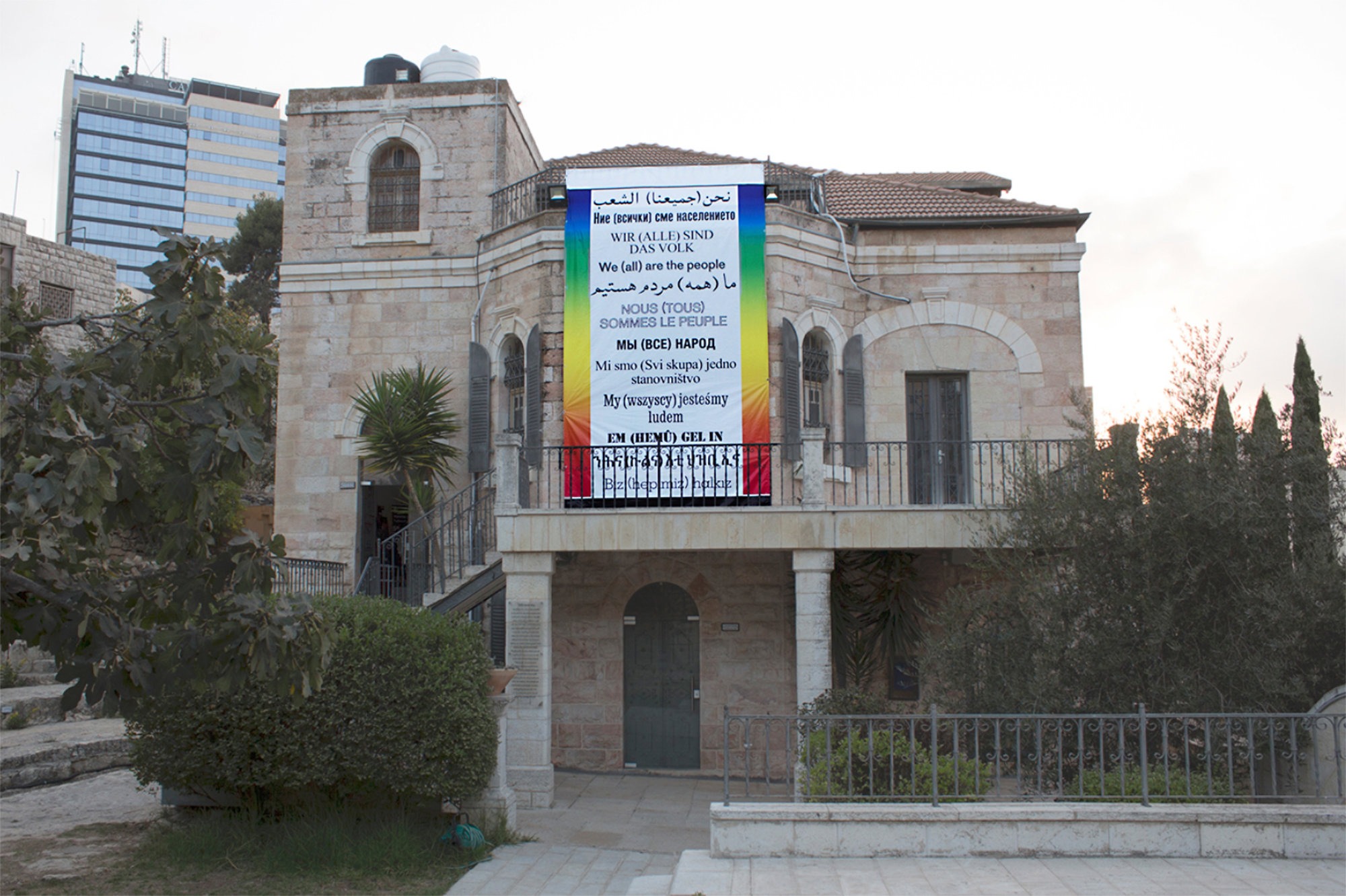 Hans Haacke, We (all) are the people, 2003–2017, Khalil Sakakini Cultural Center, Ramallah, 2018. Courtesy The Qalandrya International © Hans Haacke / VG Bild-Kunst
On the occasion of the 20th anniversary of DER BEVÖLKERUNG (To the Population), documents and archival materials on the genesis and reception of Hans Haacke’s once controversially discussed art project will be displayed at Neuer Berliner Kunstverein‘s Showroom. The artist designed this participatory project in 1998 at the invitation of the German Bundestag for the northern atrium of the Reichstag building. After a fierce debate in the Bundestag, his proposal was accepted by a narrow majority in a roll-call vote; the work was inaugurated on September 12, 2000. Haacke drew inspiration for his work from Bertolt Brecht’s essay Five Difficulties in Writing the Truth (1934). His dedication DER BEVÖLKERUNG (To the Population) is a direct reference to the inscription “DEM DEUTSCHEN VOLKE” (To the German People), which was mounted on the gable of the west portal of the Reichstag building in 1916. Using the same typeface as that on the west portal, the dedication DER BEVÖLKERUNG has beamed towards the sky in neon letters from the bottom of a wooden trough for the last 20 years. Upon the artist’s invitation, more than 400 members of the Bundestag have each scattered a hundredweight of earth from their respective constituencies around the dedication in the trough. A wild, untamed biotope has sprung from the seeds already present in the soil.

Hans Haacke (*1936 in Cologne) has lived and worked in New York since 1965, where he last taught as a professor at The Cooper Union (1967–2002). A leading exponent of the Institutional Critique movement, Haacke seeks to confront prevailing power structures in his works. While his early works in the medium of sculpture were concerned with the investigation of ecological systems, from the mid-1960s onwards he combined this with a critical questioning of the power structures at work in the art world in museums and galleries. Haacke has created numerous artistic projects in Europe and the USA in public spaces as well as in museums and institutions, focusing on topical issues about the economy, ecology, politics, and collective historical consciousness. Together with Nam June Paik, Haacke received the Golden Lion for their exhibition in the German pavilion at the 1993 Venice Biennale. Haacke has participated several times in the Venice Biennale (2015, 2009, 1993, 1976) as well as in the documenta (2017, 2002, 1987, 1982, 1972). Recent exhibitions include: New Museum, New York (solo, 2019); Haus der Kunst, Munich (2017); Museum moderner Kunst Stiftung Ludwig, Vienna (2017); Museo Nacional Centro de Arte Reina Sofía, Madrid (2016; solo, 2012); Museum für Moderne Kunst, Frankfurt/Main (2016) and his only large solo exhibition in Germany to date at Akademie der Künste, Berlin, and Deichtorhallen, Hamburg (2006).