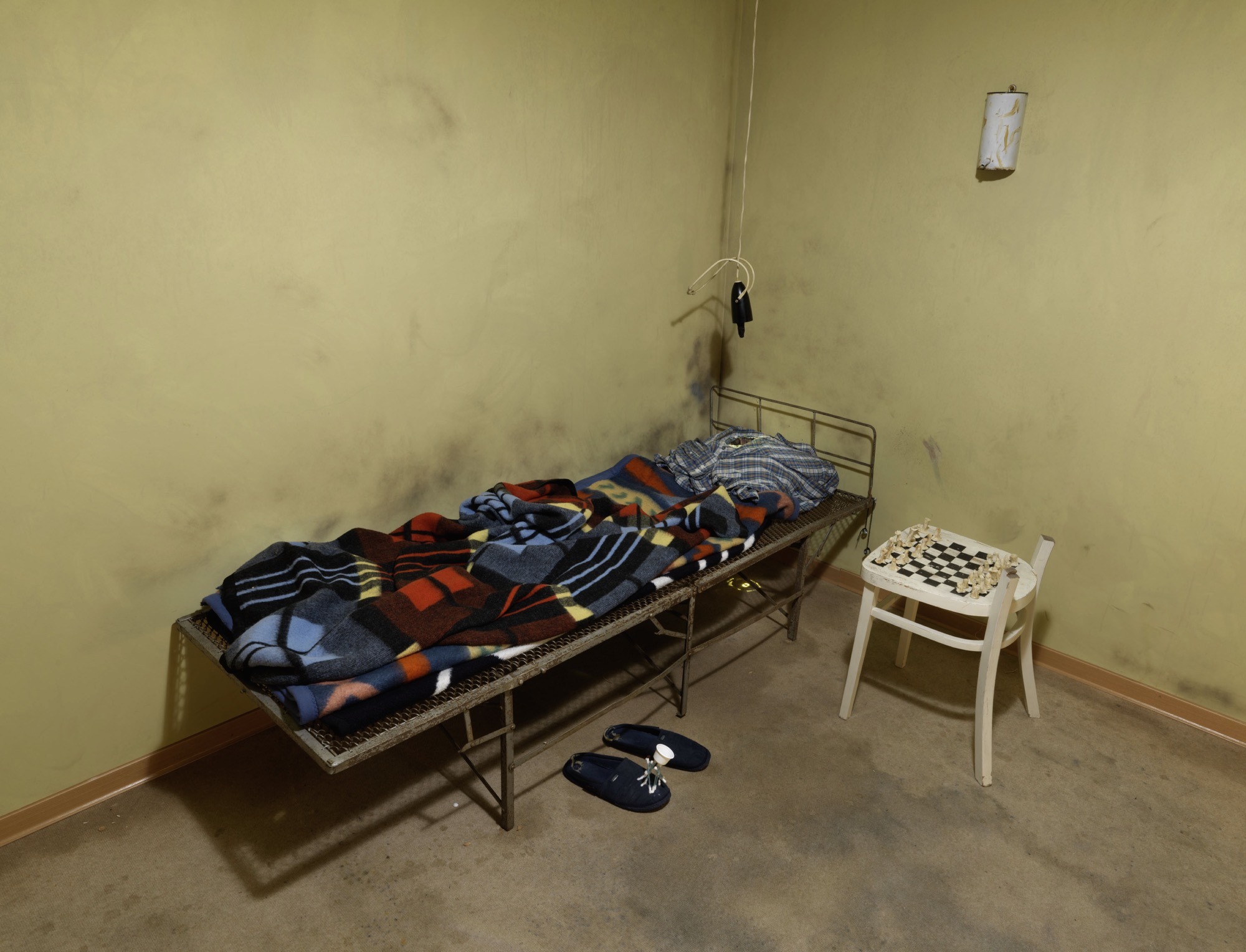 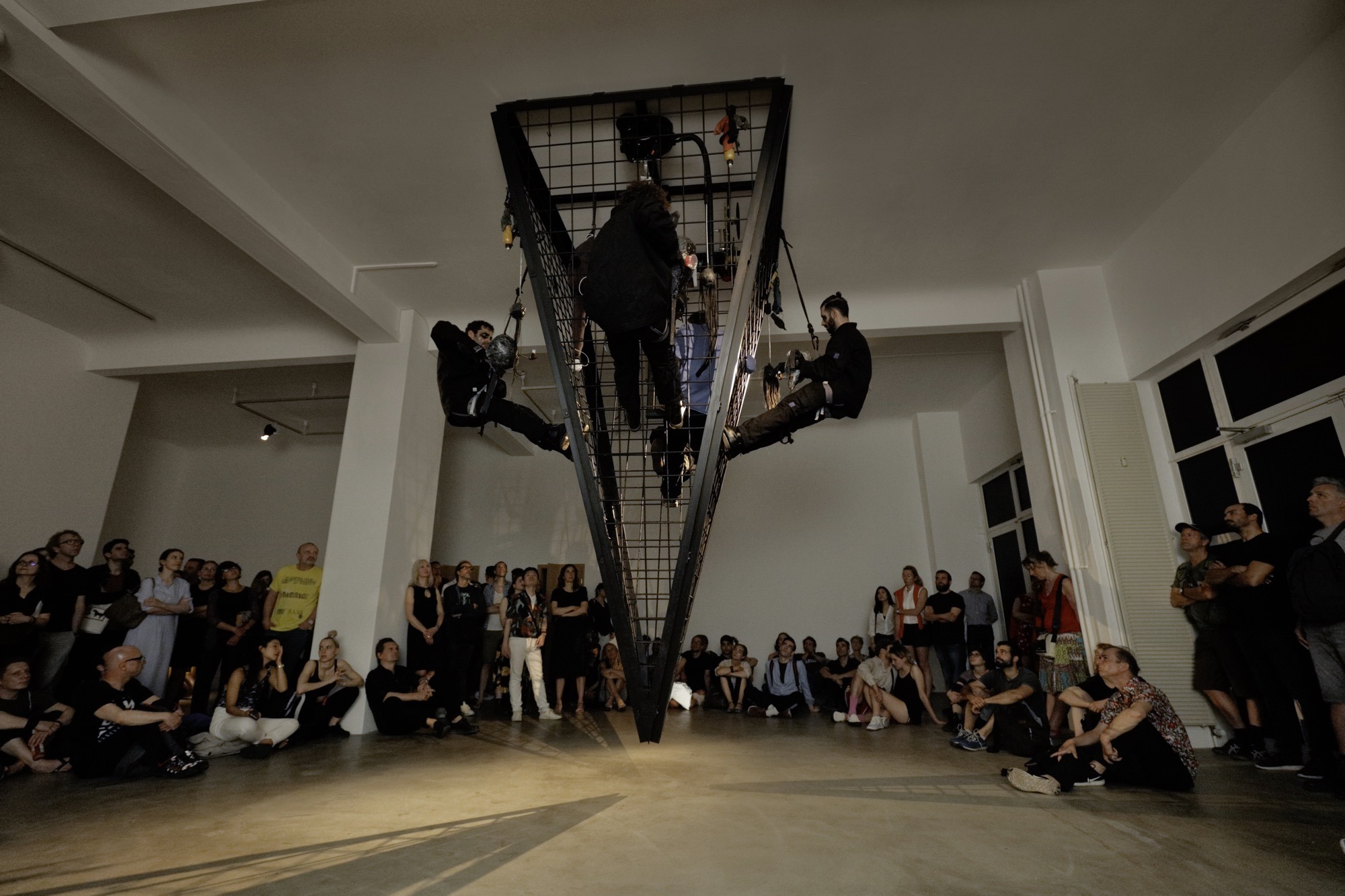 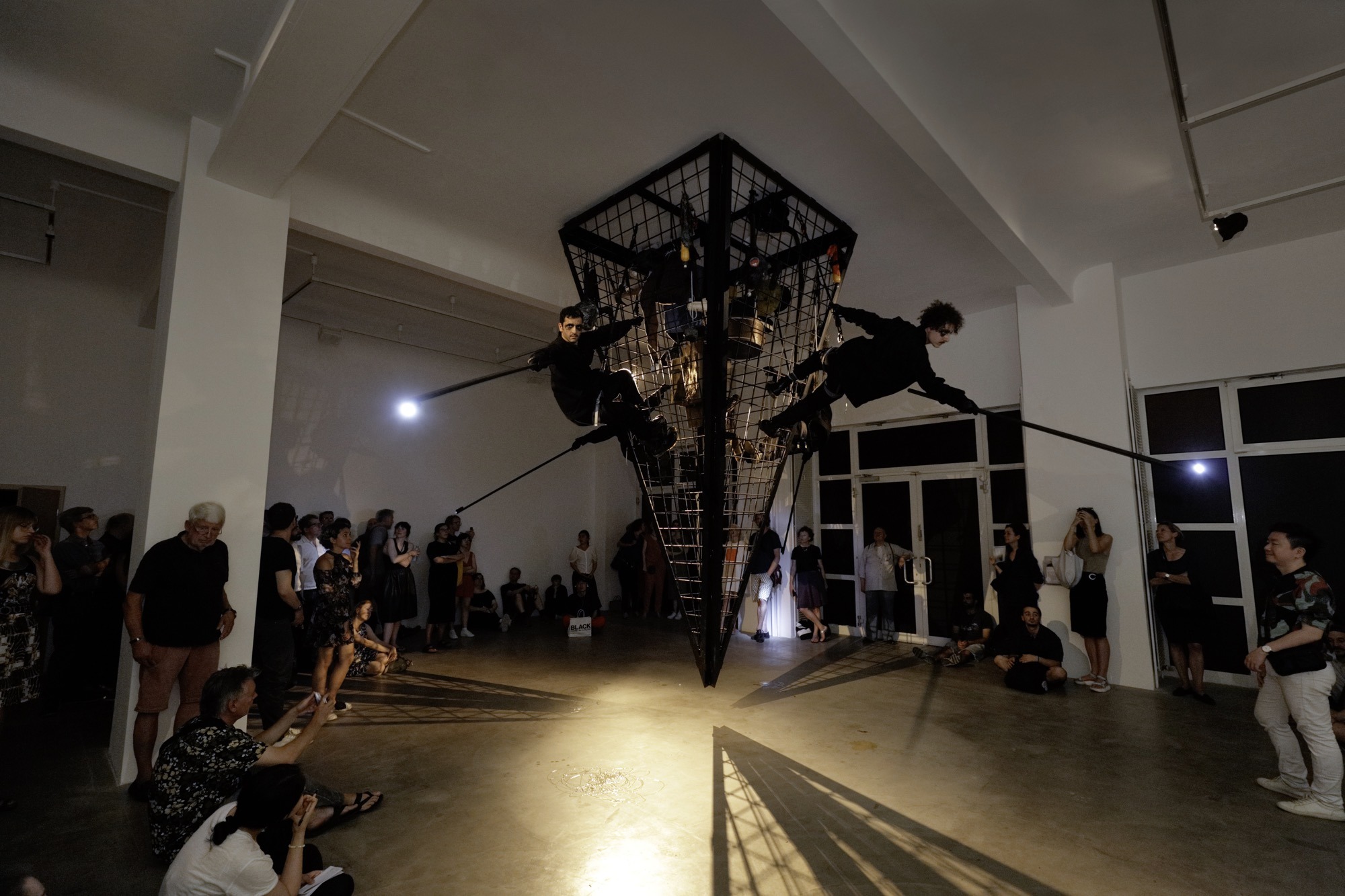 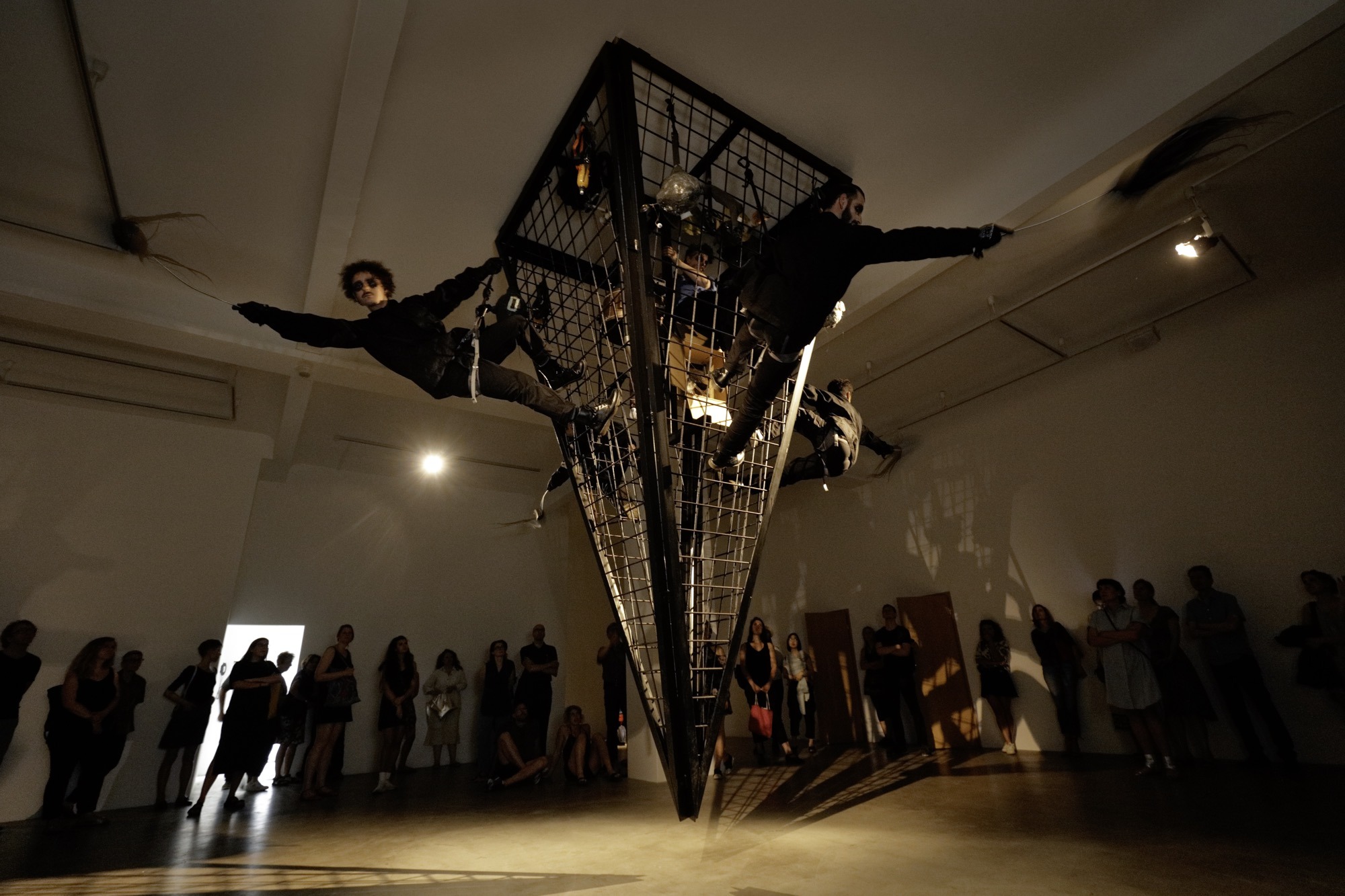 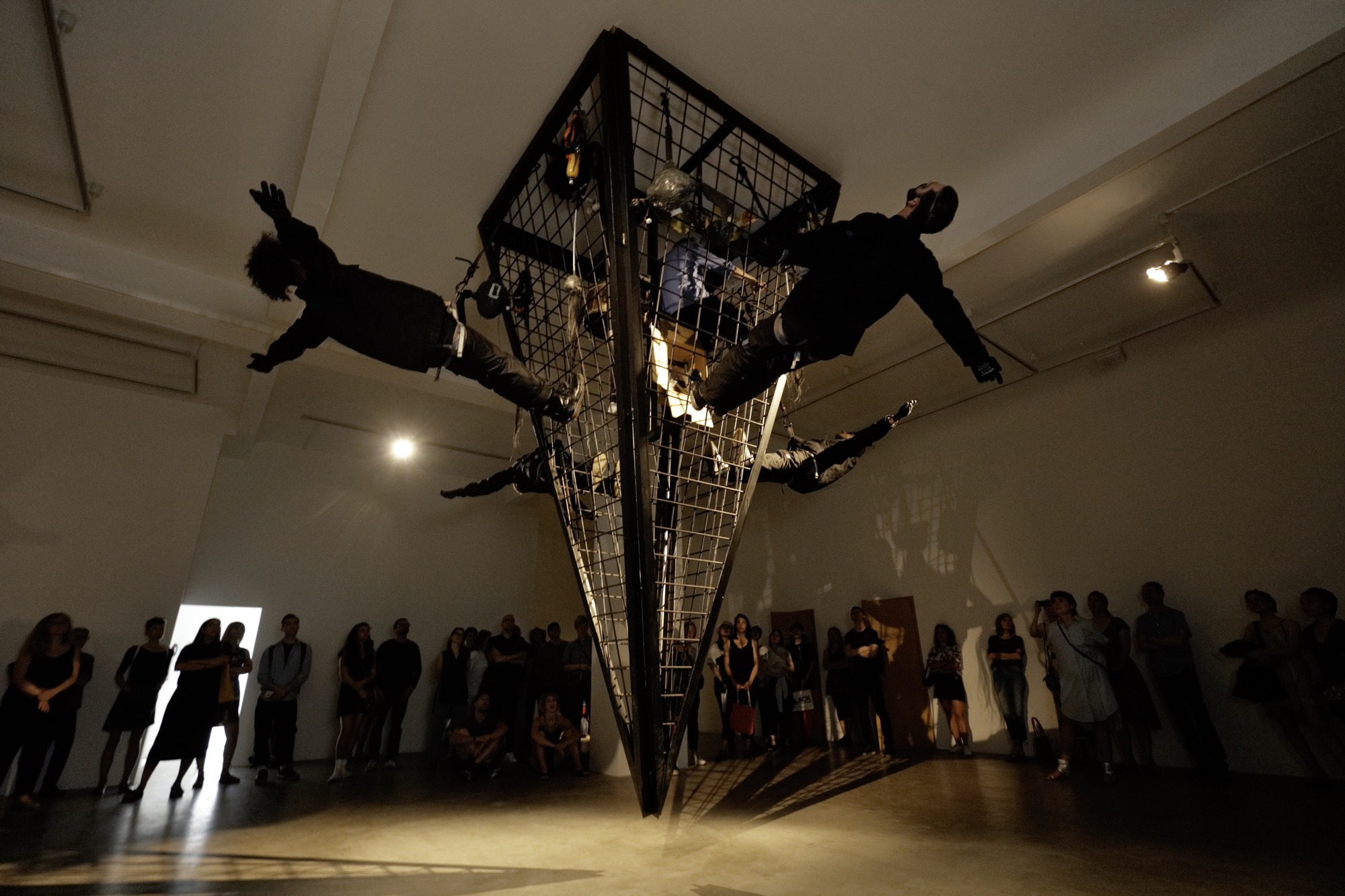 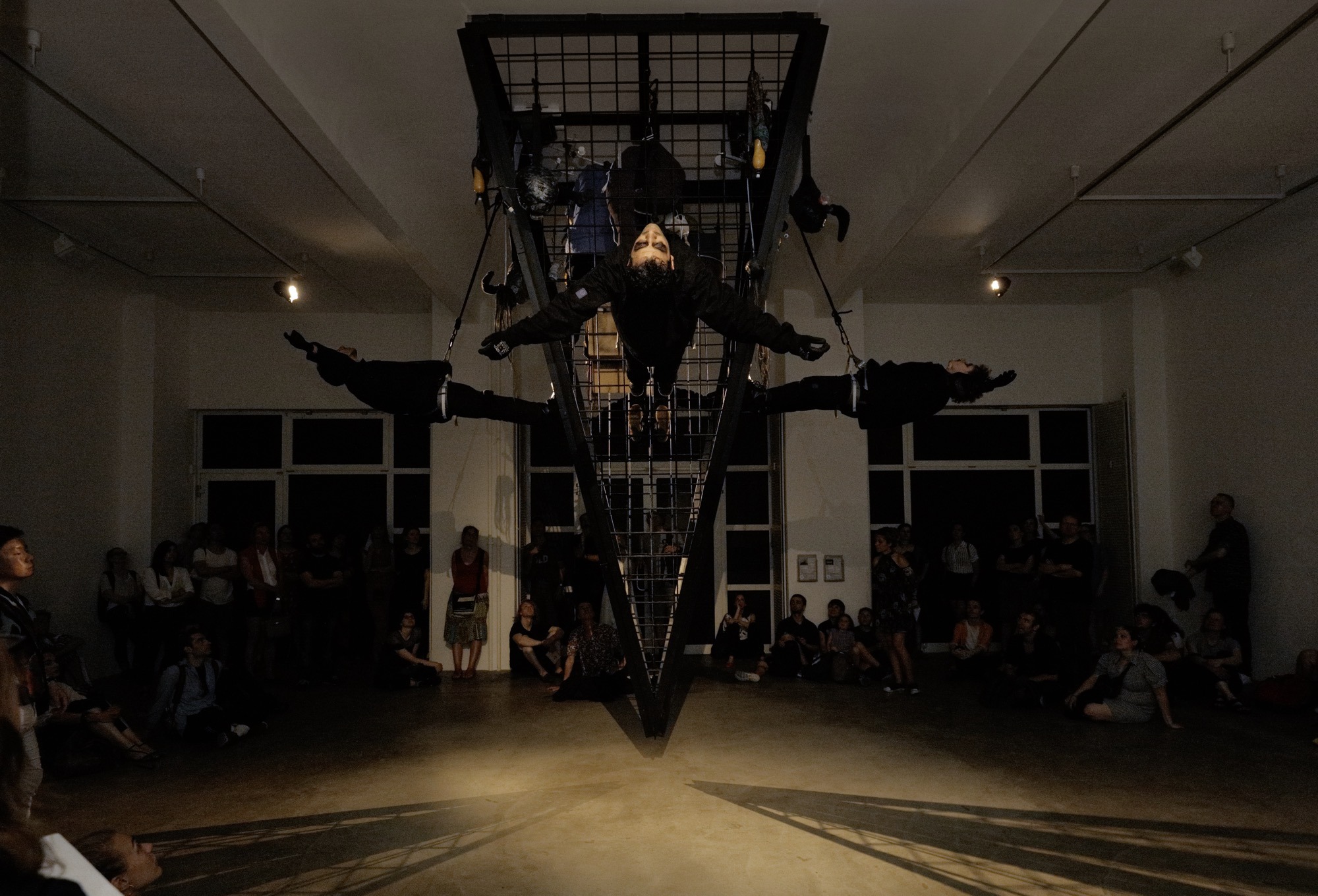 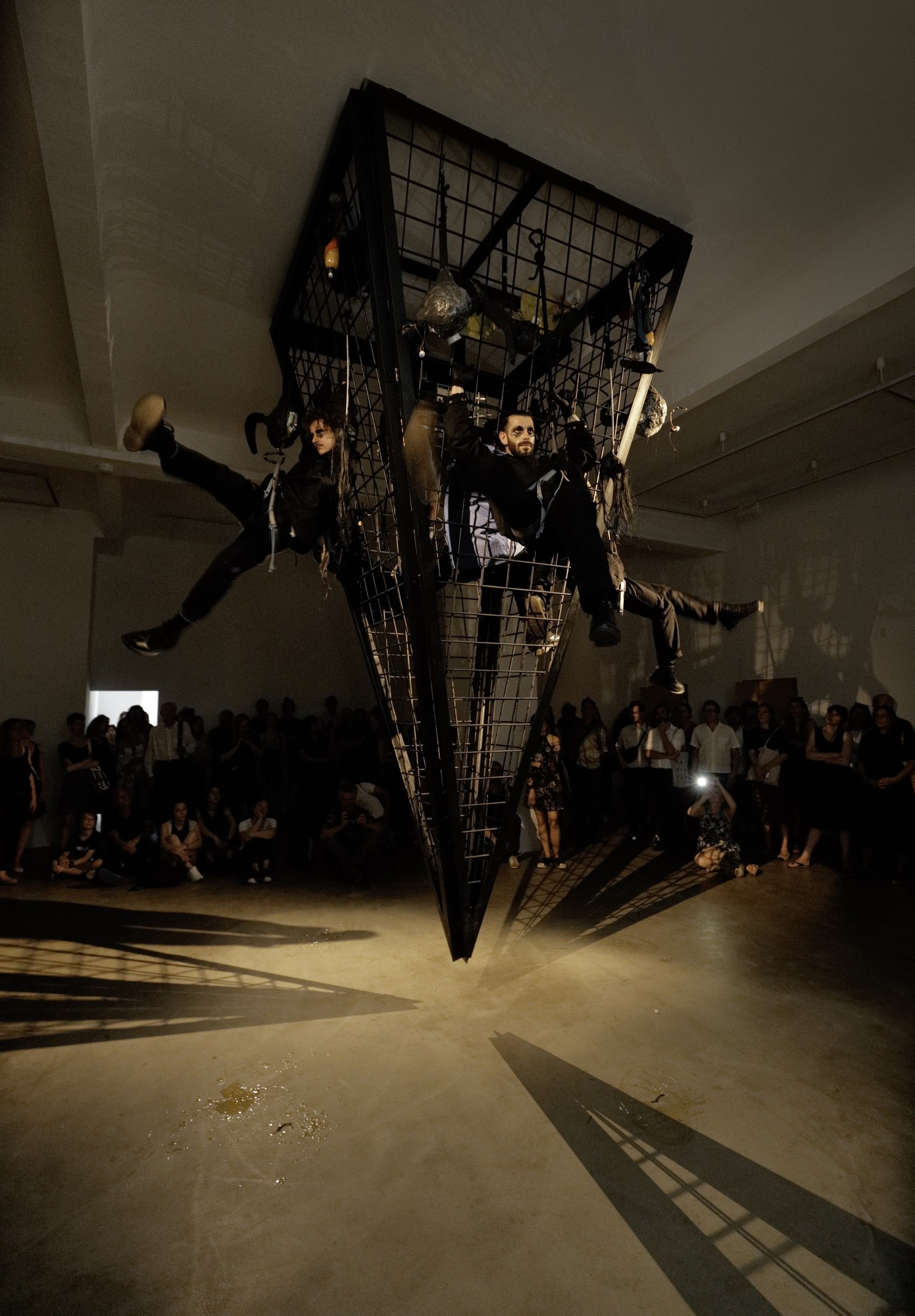 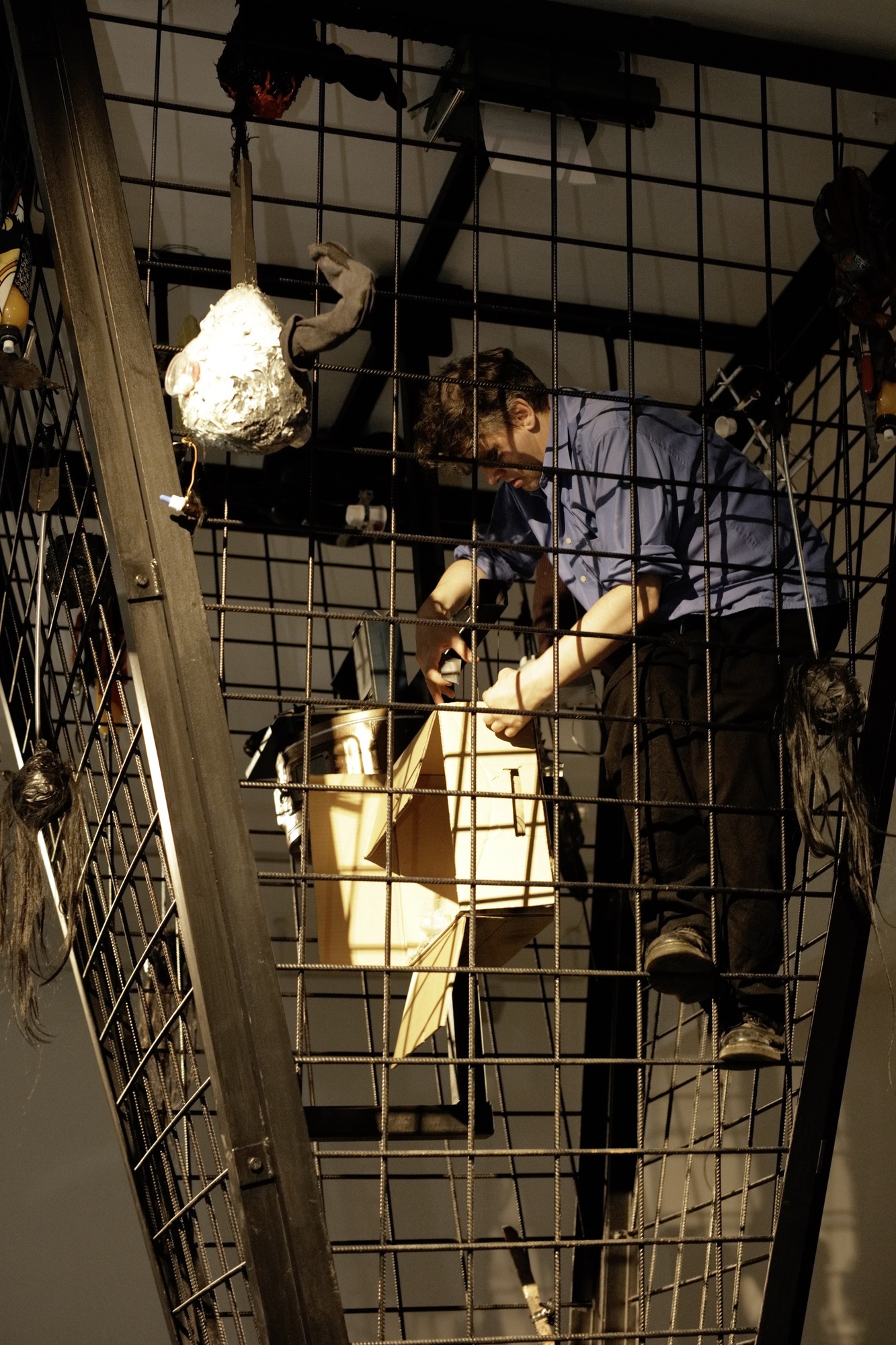 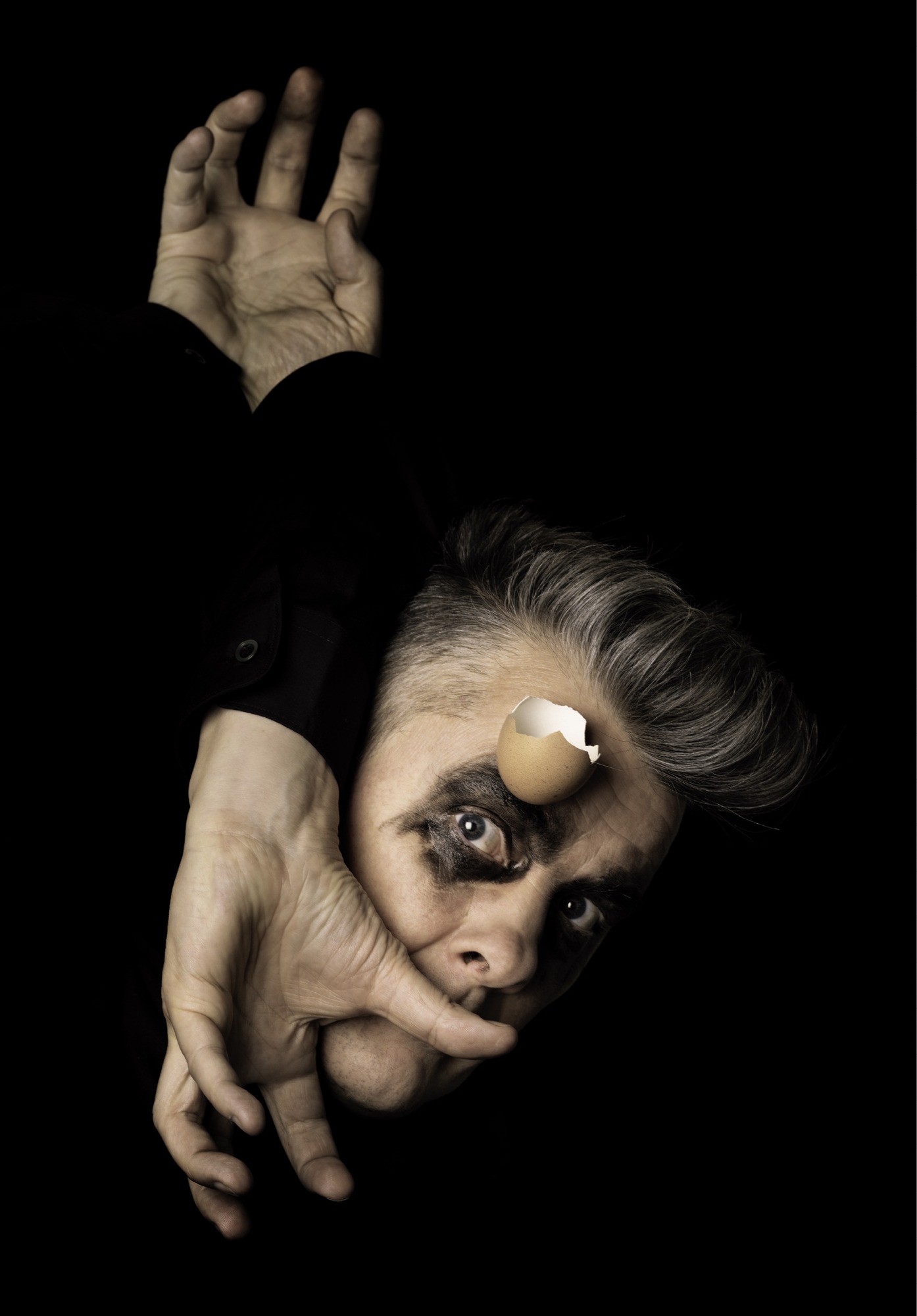 John Bock has developed a new project for Neuer Berliner Kunstverein that intermeshes elements of installation, film, and performance in four different spaces. The pivotal work of the exhibition im AntliTZ des SchädelapparaTZ is a 4.2-meter-high metal wedge hanging from the ceiling of the exhibition space. It serves both as an action space for four dancers and one actor, and as a set for a film that will be shown in a projection room at n.b.k., starting on June 25, 2019. The transient element of the performative and the time-based nature of the medium video permeate each other. Being an integral part of the exhibition, performative “lectures” involving the five live actors will take place on Monday, June 17, 2019, Tuesday, June 25, 2019, and Friday, June 28, 2019, beginning at 7 pm respectively. In each of the two adjoining rooms at n.b.k., Bock has created another independent, extensive installation.

In his works, John Bock brings together live actions, drawings, sculptures, installations, film sets, and film projections to create a Gesamtkunstwerk. His spatial arrangements, which are characterized by material combinations, can become a place for live actions, which the artist calls “lectures”. His work is built on a darkly tinted humor, which expresses itself not least on a linguistic level by means of neologisms, repetitions, onomatopoeia, and surprising language combinations.

Neuer Berliner Kunstverein is realizing the exhibition with John Bock on the occasion of its 50th anniversary as a project that exemplarily continues the many years of the n.b.k.’s practice as an educational institution and place of aesthetic experience.

Founded in 1969, Neuer Berliner Kunstverein has been a pivotal place in Berlin’s art scene for 50 years. Its activities are defined by the mediation of aesthetic experience as well as the dialogue between art and society, between artists and the public. On the occasion of n.b.k.’s 50th anniversary, a summer party is given: