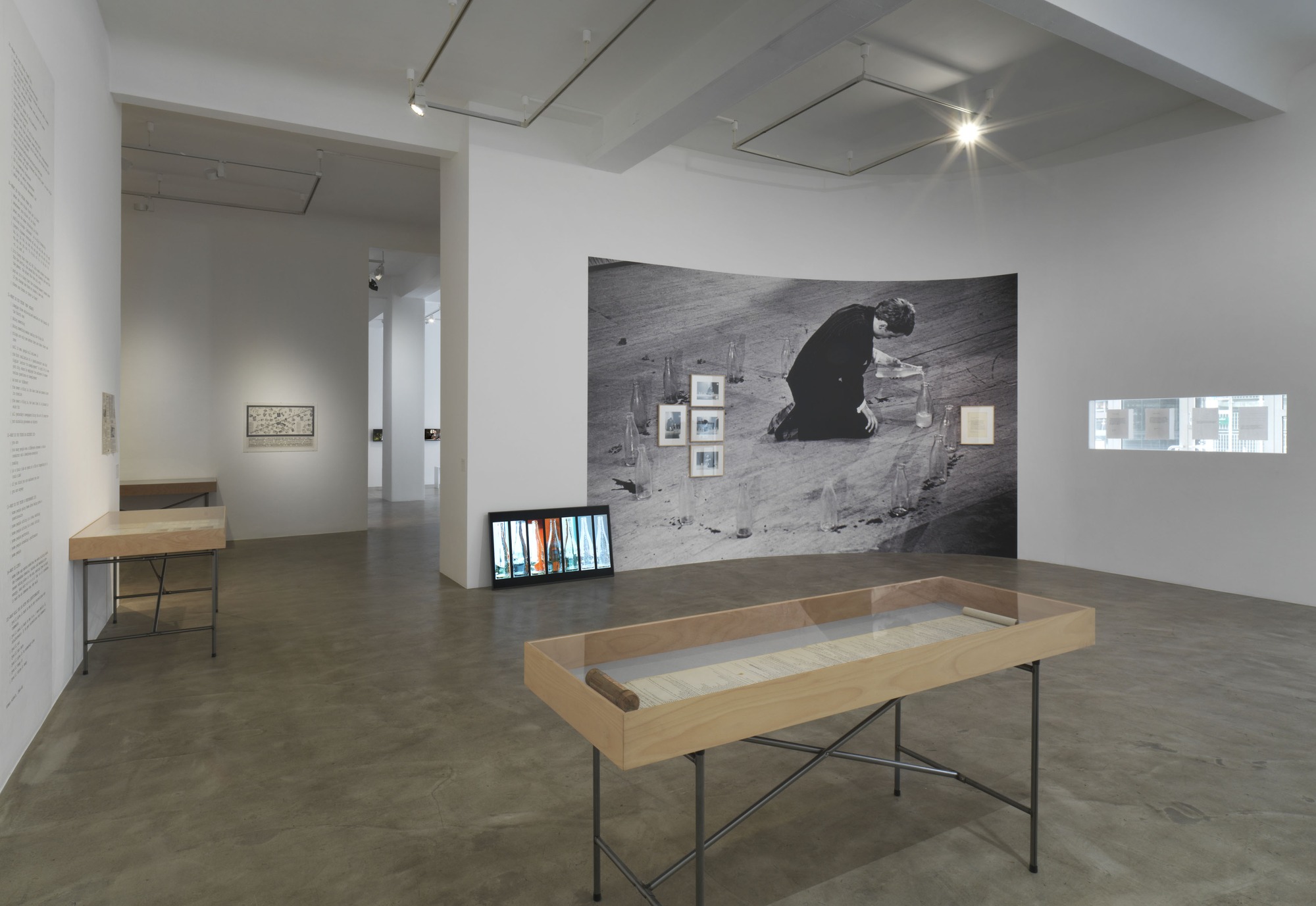 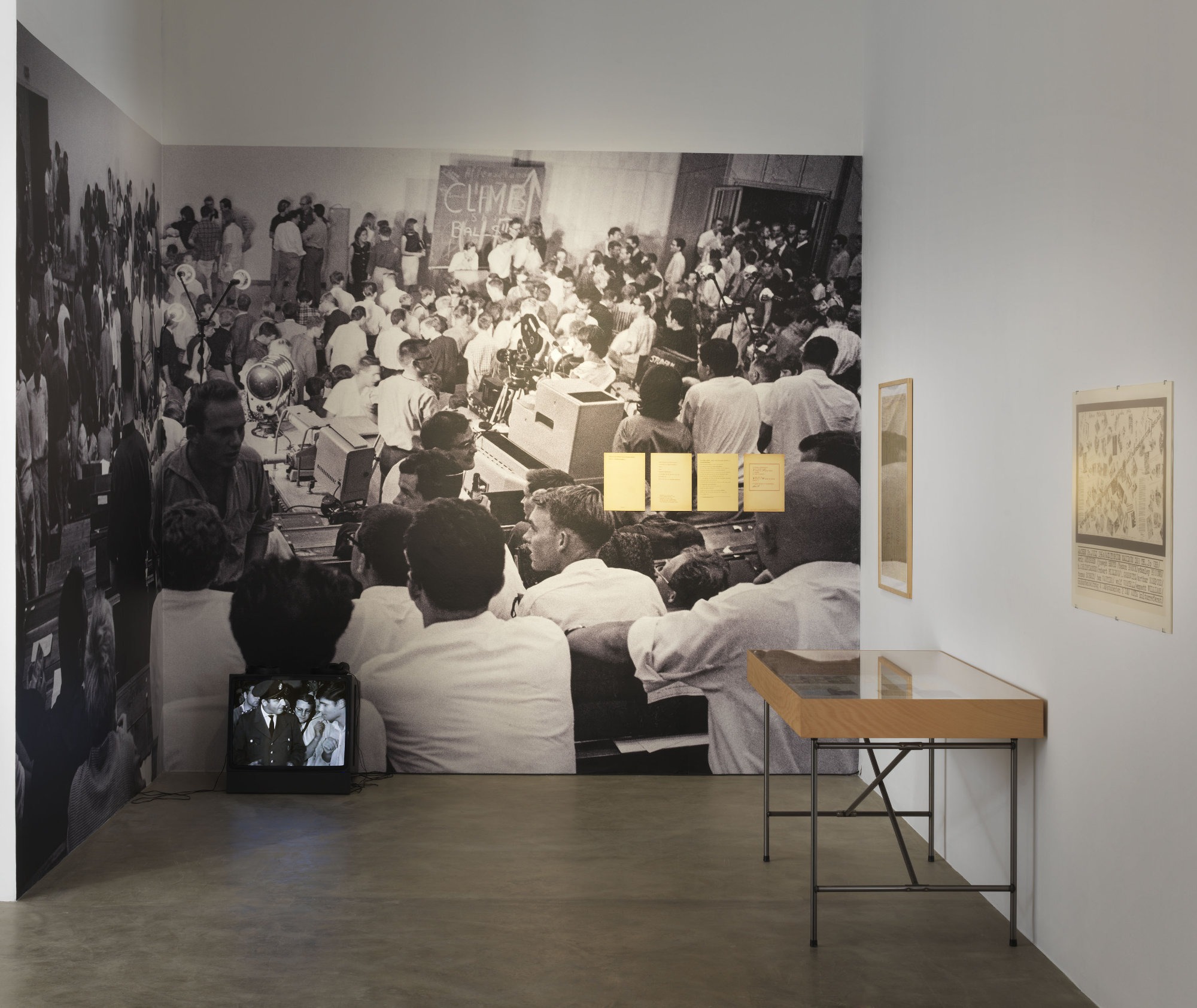 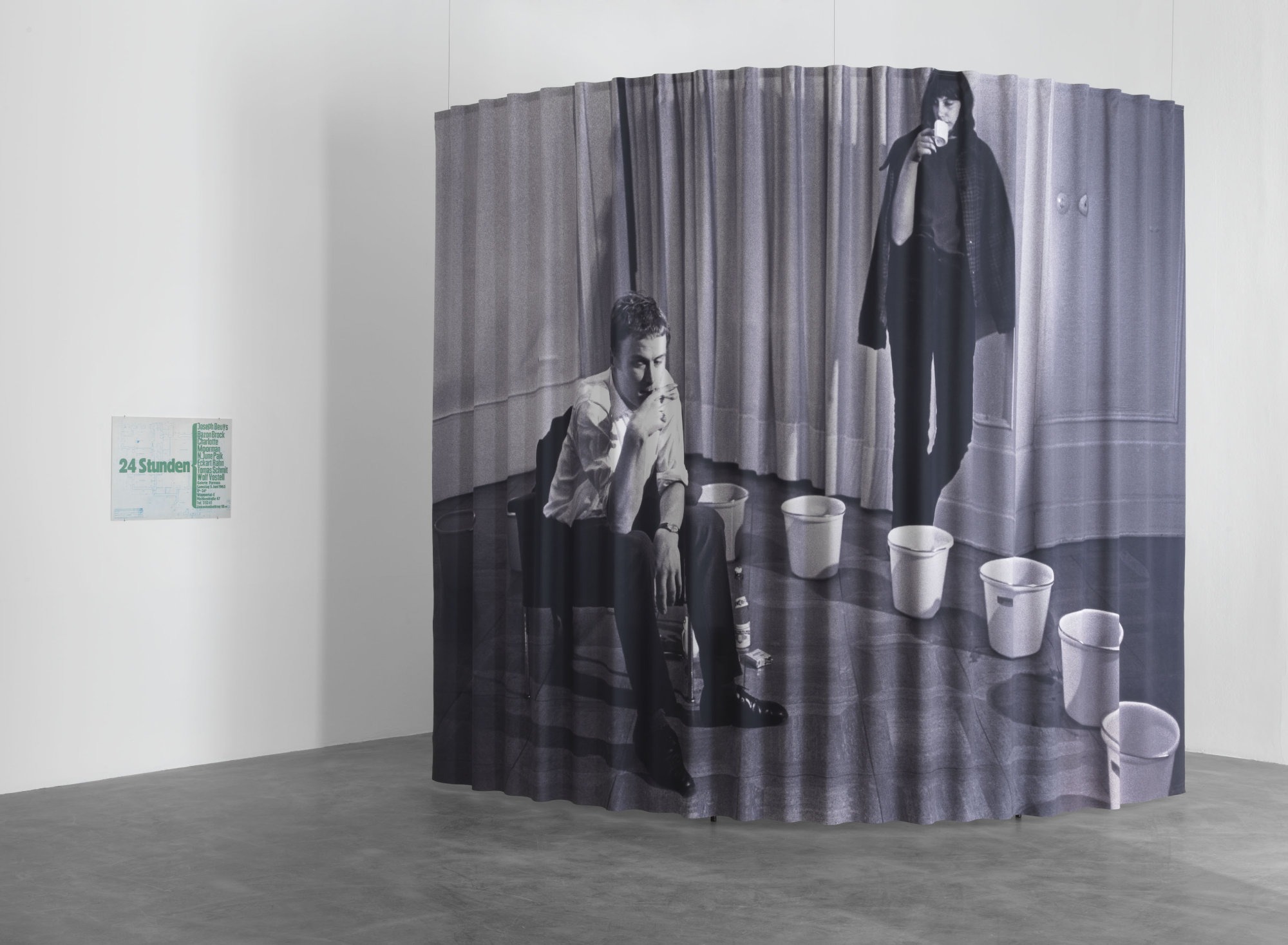 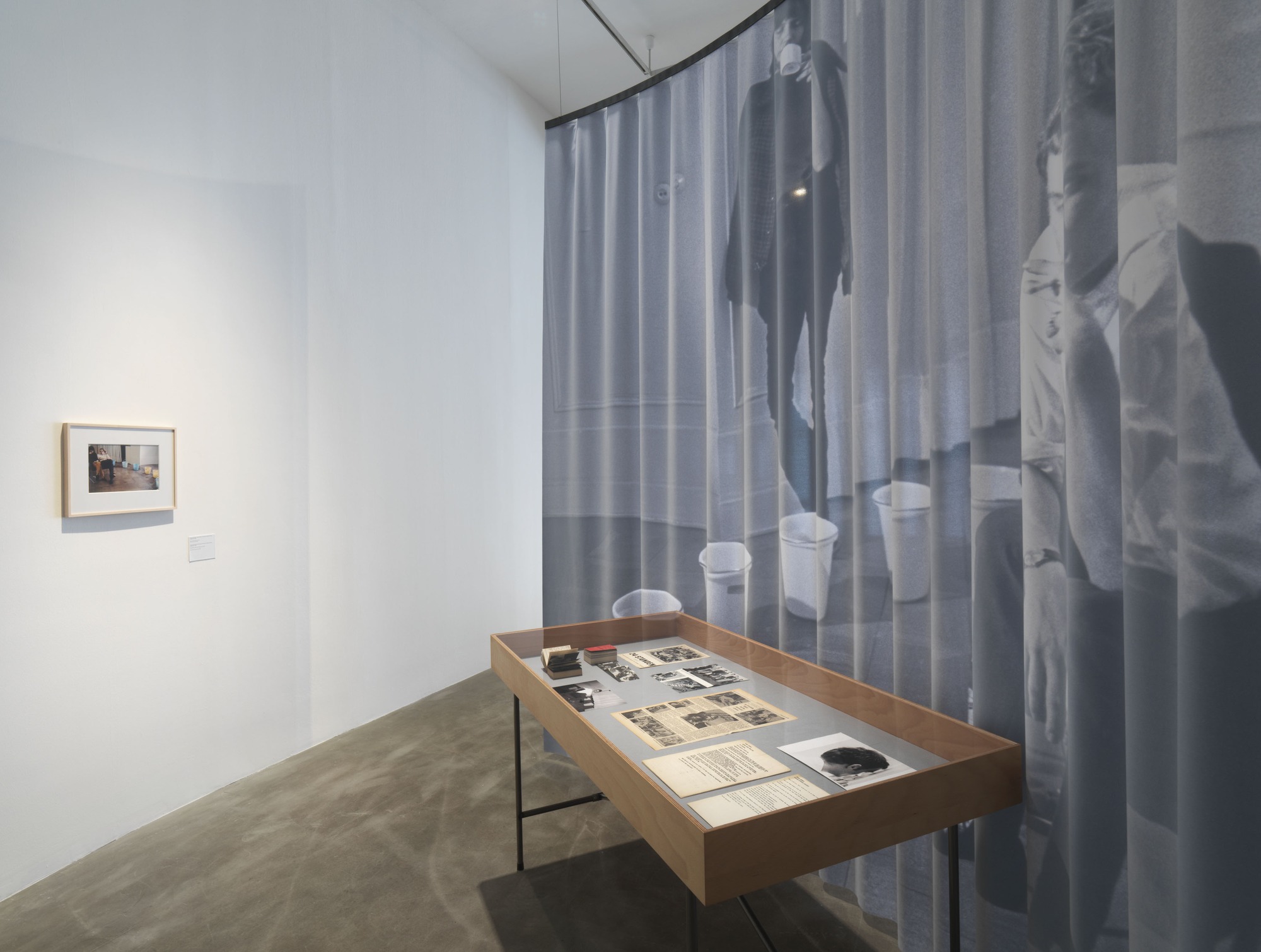 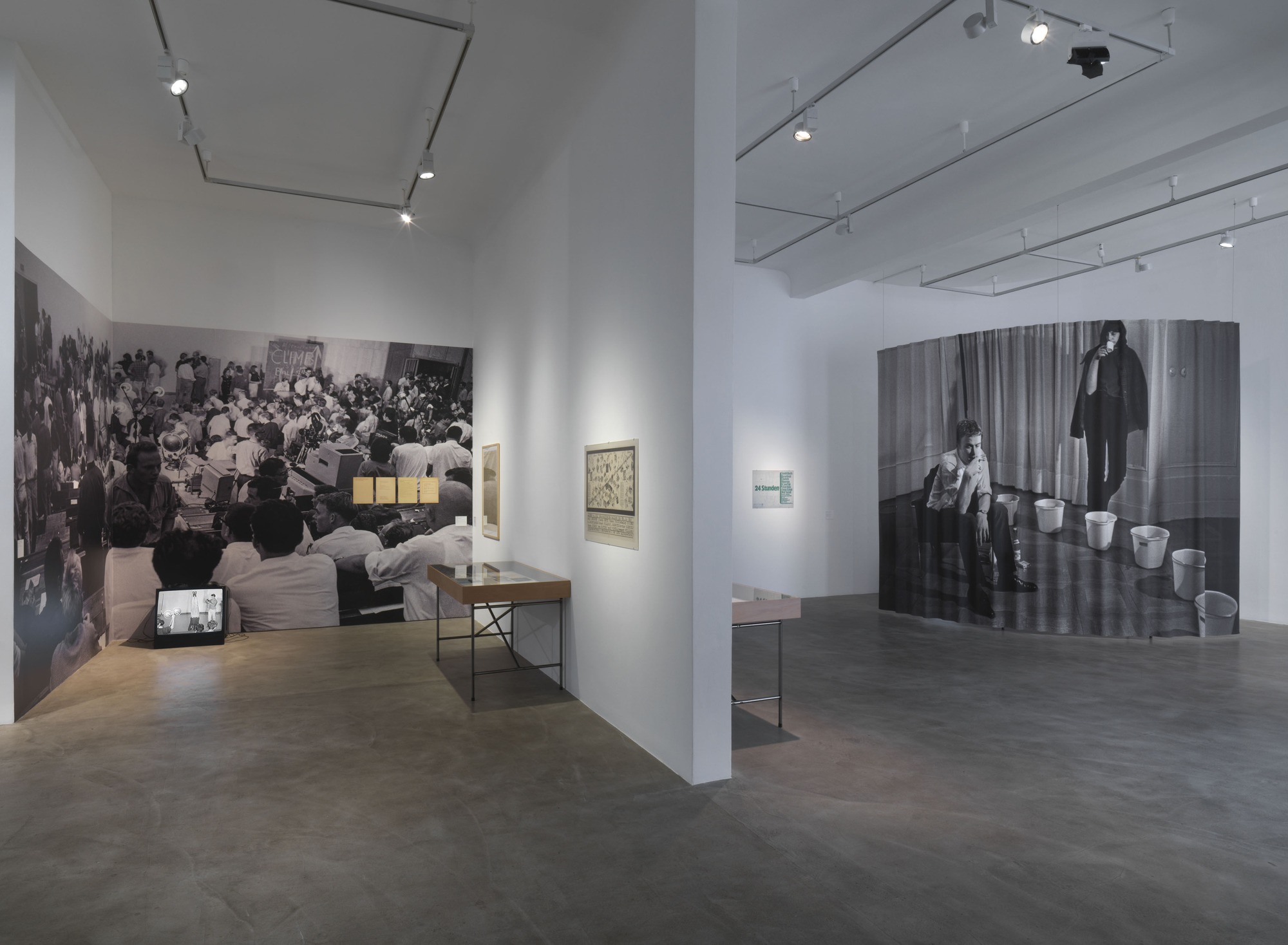 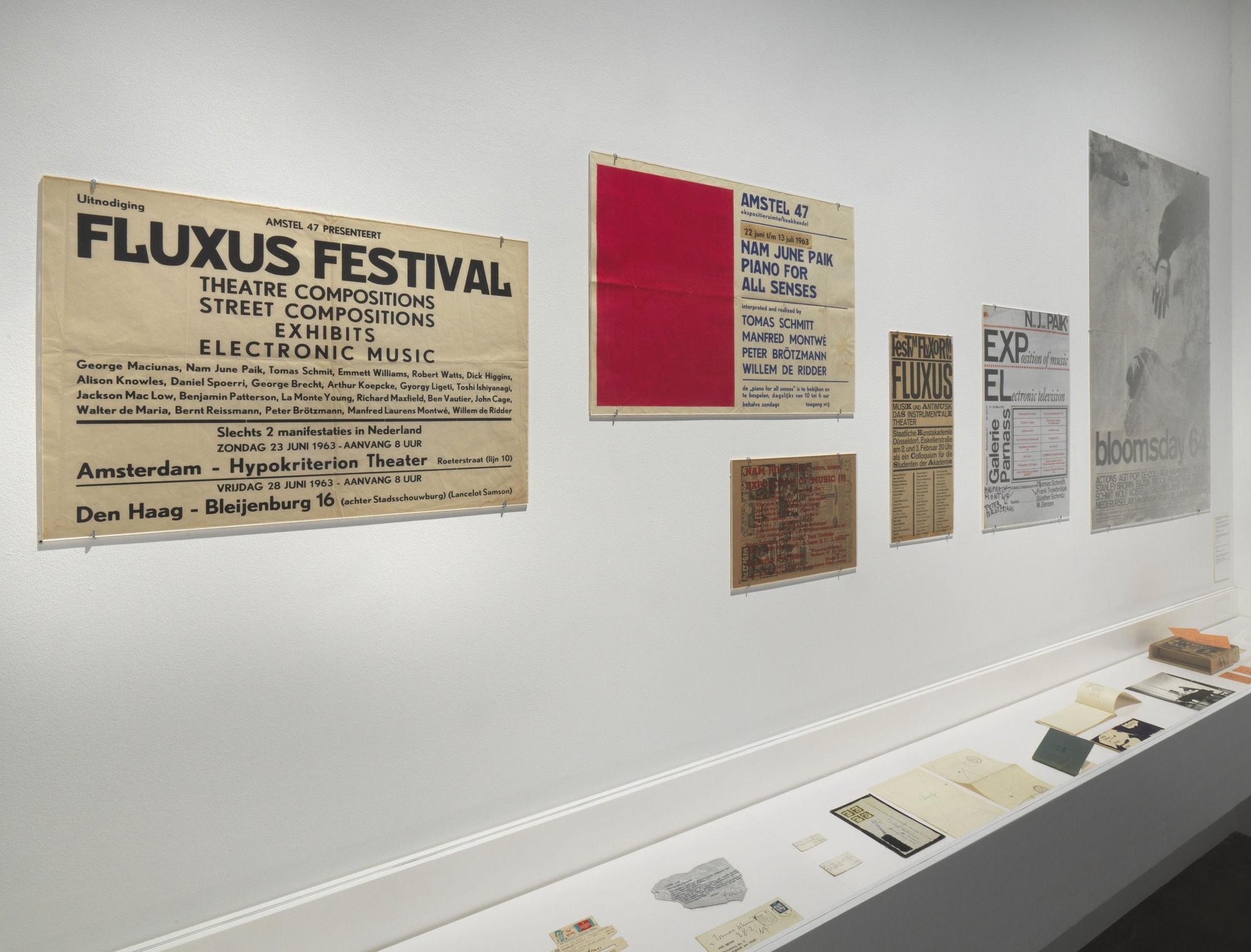 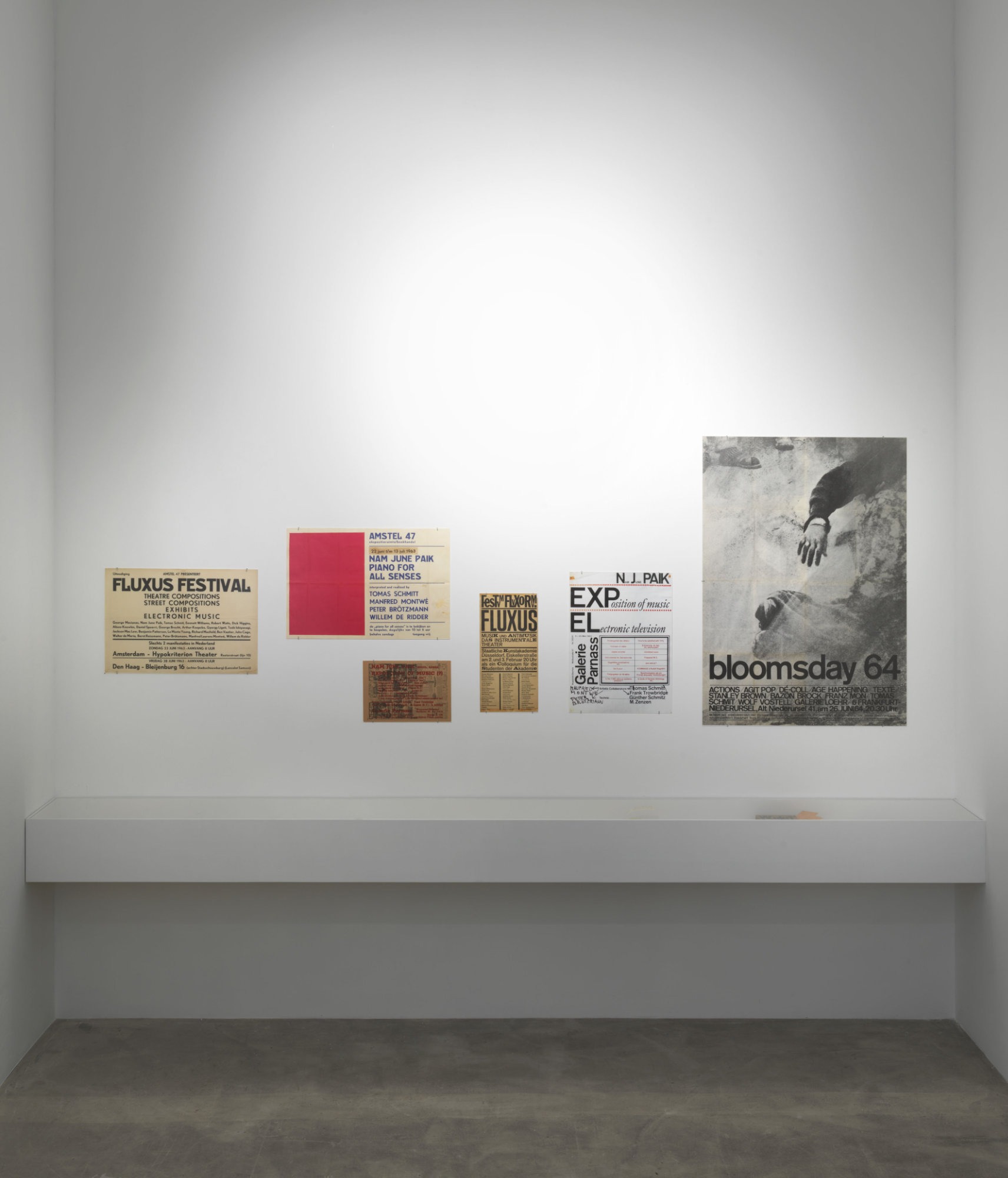 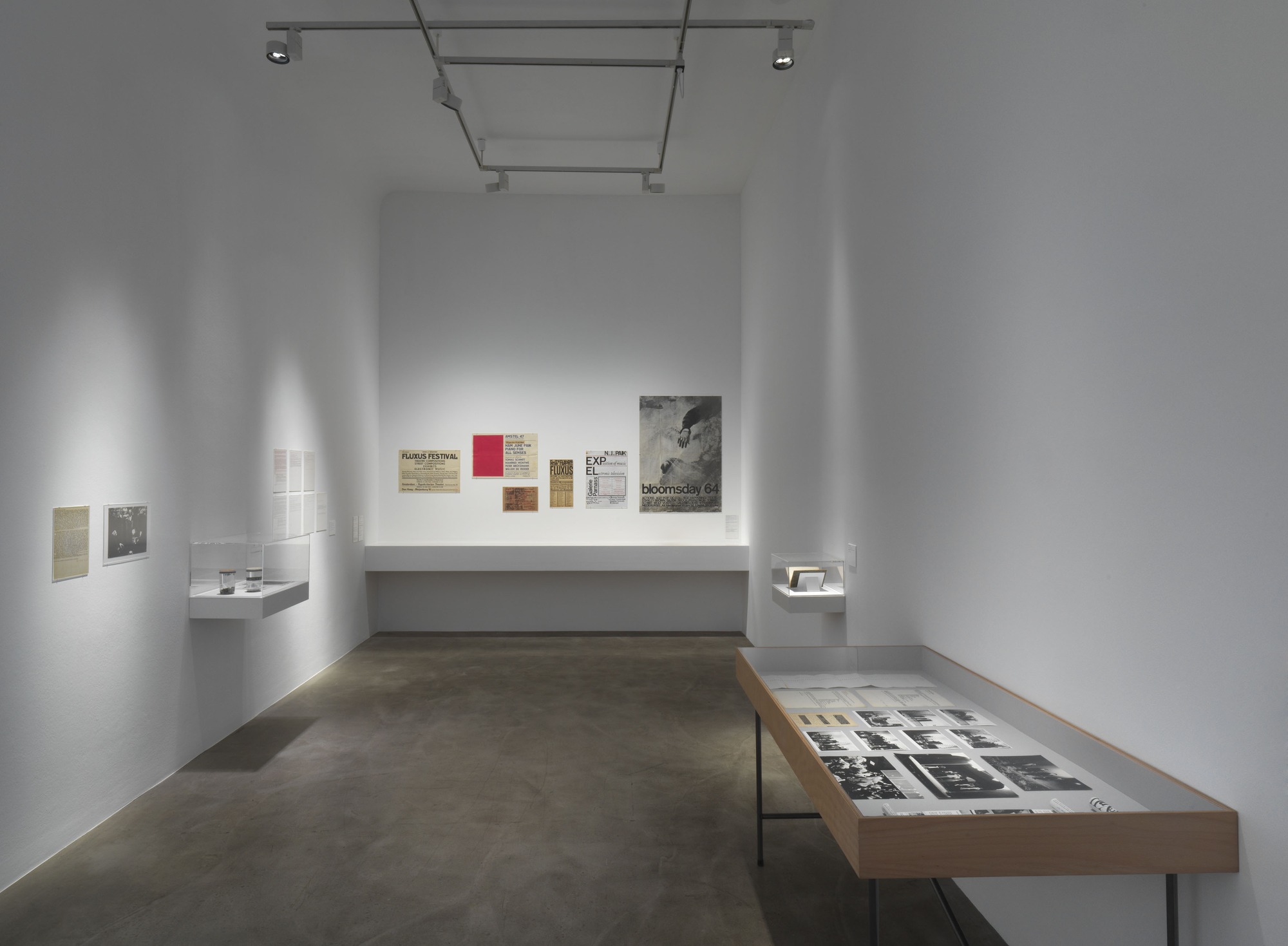 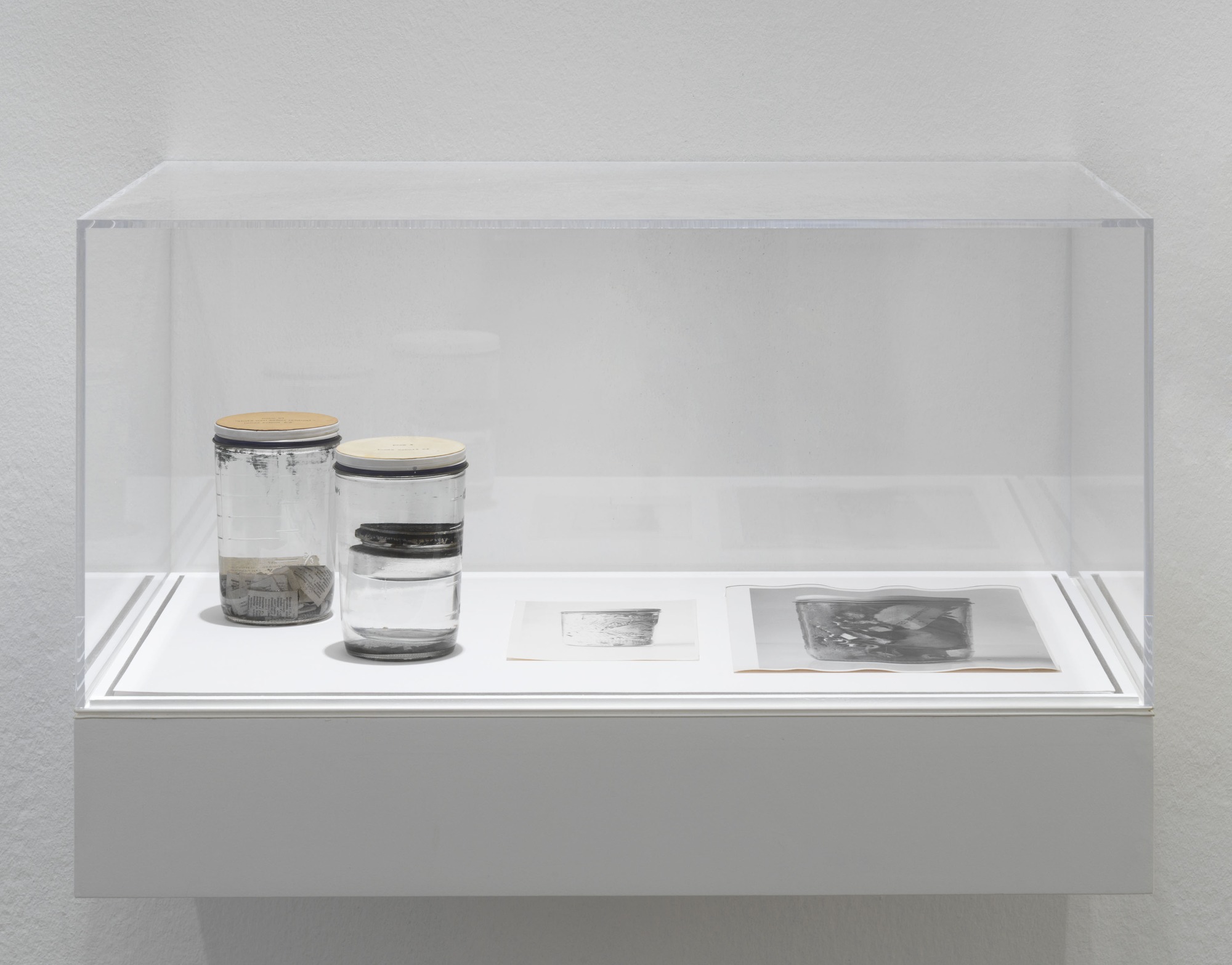 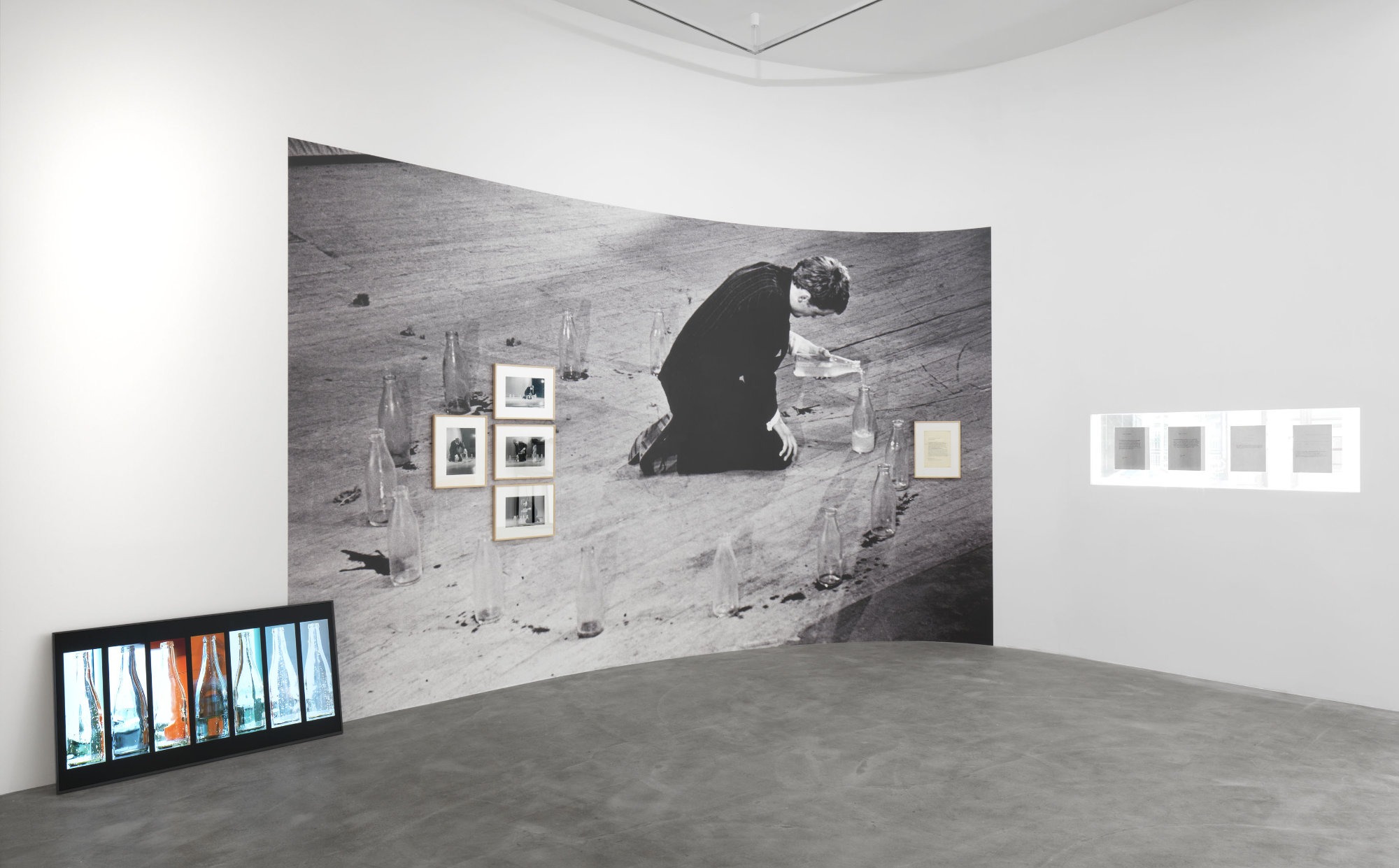 
With his radical questioning of bourgeois art and his approaches to a new aesthetic interweaving art and life, Tomas Schmit (*1943, †2006) played a significant role in shaping the Fluxus movement of the early 1960s. A central focus of Schmit’s pieces and actions was activating the viewer. This is expressed in the actions he performed in front of and with audiences (1962–1965); then later in his books, texts, and editions, in which he provided viewers with instructions for actions (from 1965); as well as in his drawings (from 1969). This comprehensive retrospective focuses on the conceptual and aesthetic approaches of the artist and his contemporaries, bringing together for the first time all the scores for his pieces, editions, letters, as well as photos and videos documenting his work over a period spanning nearly forty years. In doing so, it presents one of the most important German artists in the genre of action art and drawing, revisting and reframing his multifaceted oeuvre for the present.

Neuer Berliner Kunstverein (n.b.k.) offers particular insight into the early work of Tomas Schmit, including his actions, texts, and drawings. Despite being considered one of the pioneers of the Fluxus movement, his early work has received little attention. The exhibition project at n.b.k. aims to close this gap by presenting pieces by the artist that have never before been shown in their entirety and which defined the early phase of his work. This includes numerous original scores by Schmitt, which will be exhibited for the first time and performed by performers. In order to reflect the genre-transcending character of his artistic work beyond the exhibition context, formats have been developed in close collaboration with contemporary artists and some of Schmitt’s contemporaries, which invite visitors to take part in actions both inside and outside the actual exhibition. Interpretations and performances that were created in response to Schmit’s Fluxus pieces will also be shown, including by Peter Brötzmann, Nina Canell, Harun Farocki, Mediengruppe Bitnik, Hajnal Németh, Alexandra Pirici, Gerhard Rühm, and more. This will also bring renewed attention to a central theme of the Fluxus movement: the influence of artistic activities on everyday life. The theses formulated by the Fluxus movement on the connection between art and life gave rise to diverse interdisciplinary approaches that paved the way for numerous forms of artistic expression established today, above all performative and collective practices.

6 pm
Five Songs, One End – a piece by Hajnal Németh
Based on Tomas Schmit, Two Compositions to Justify a Performance (#25), 1964

December 9, 2021
Attention, Attention – an online piece by Mediengruppe Bitnik (artists, Berlin)
Based on Tomas Schmit, Action without Audience (#35), 1965 and other pieces