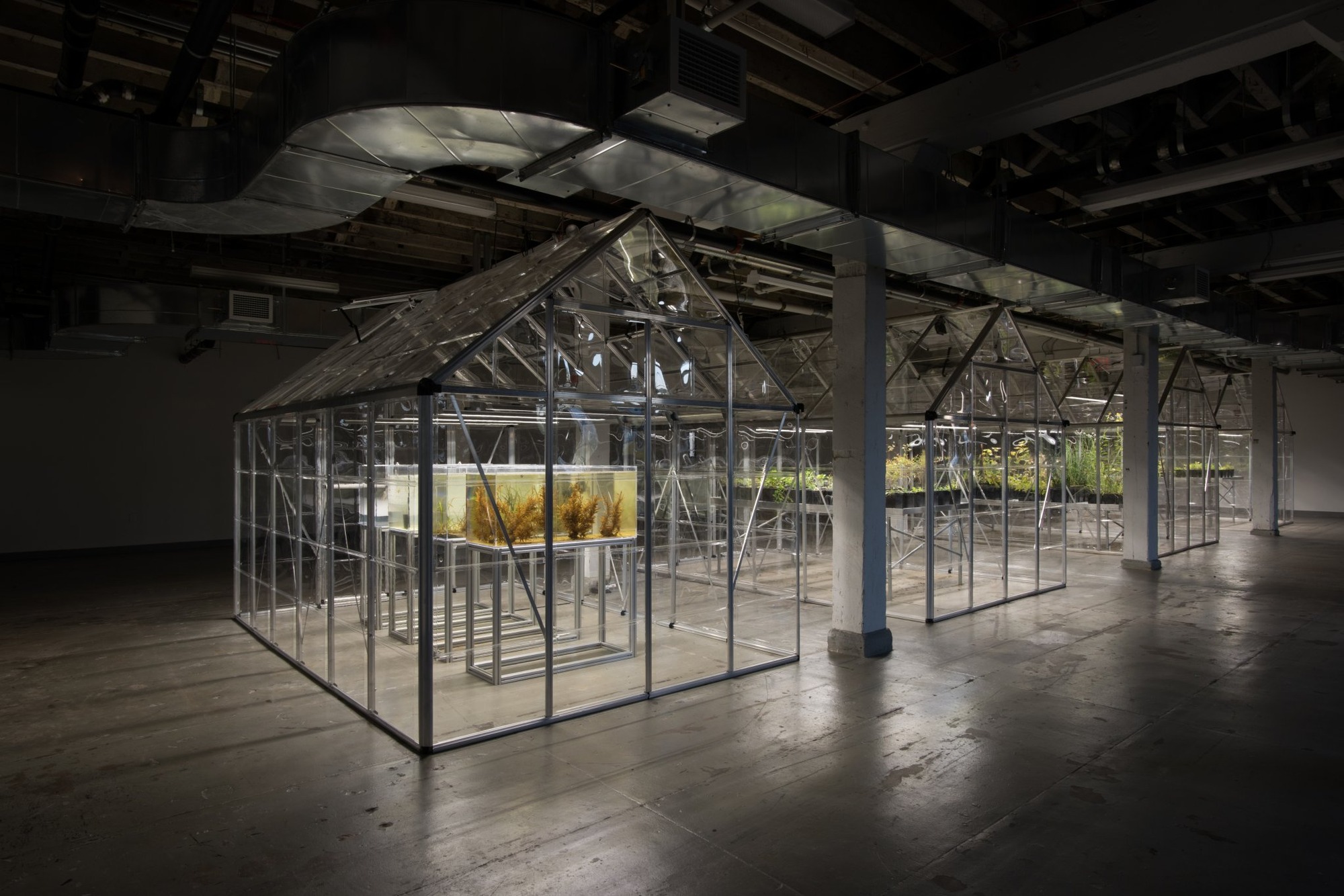 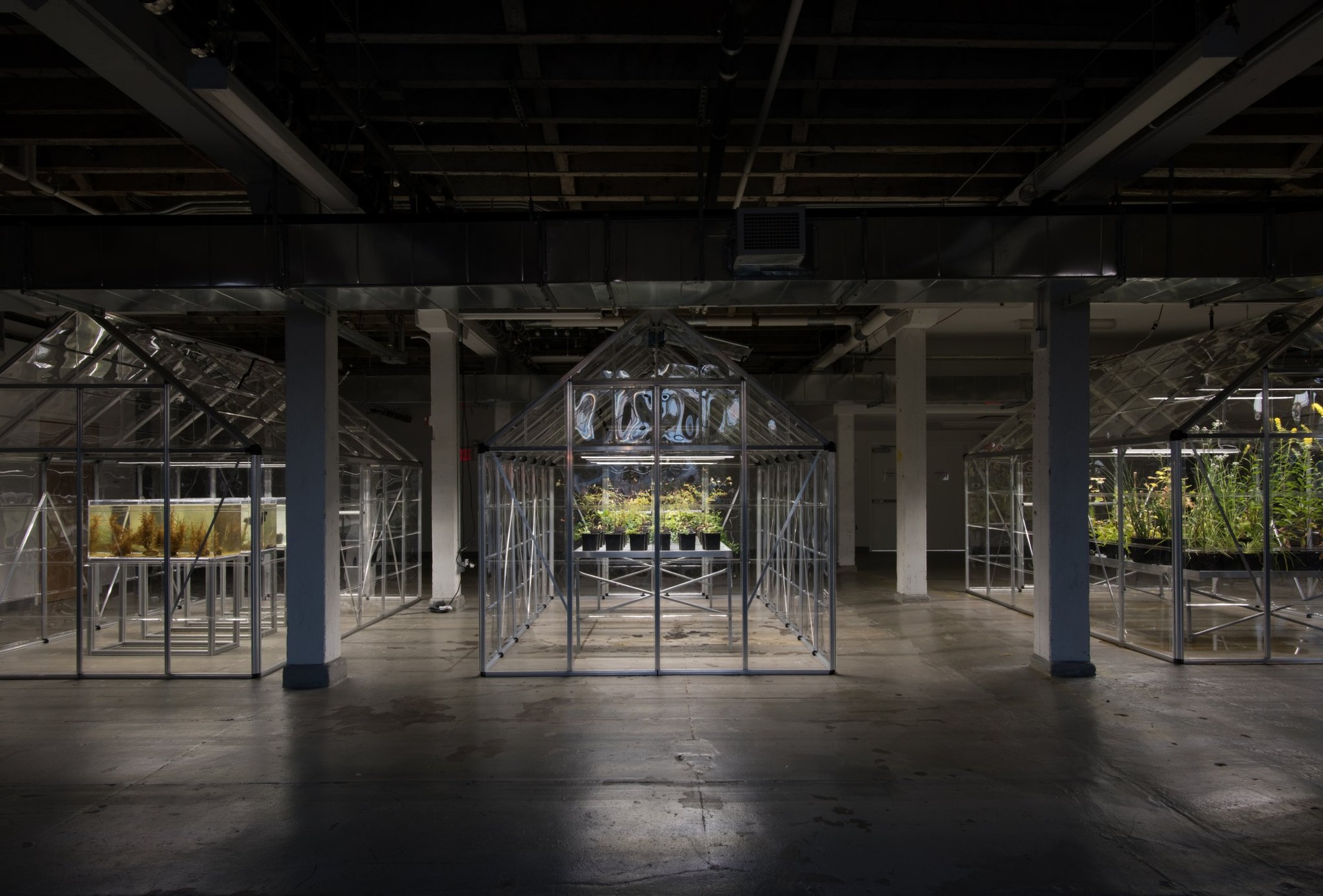 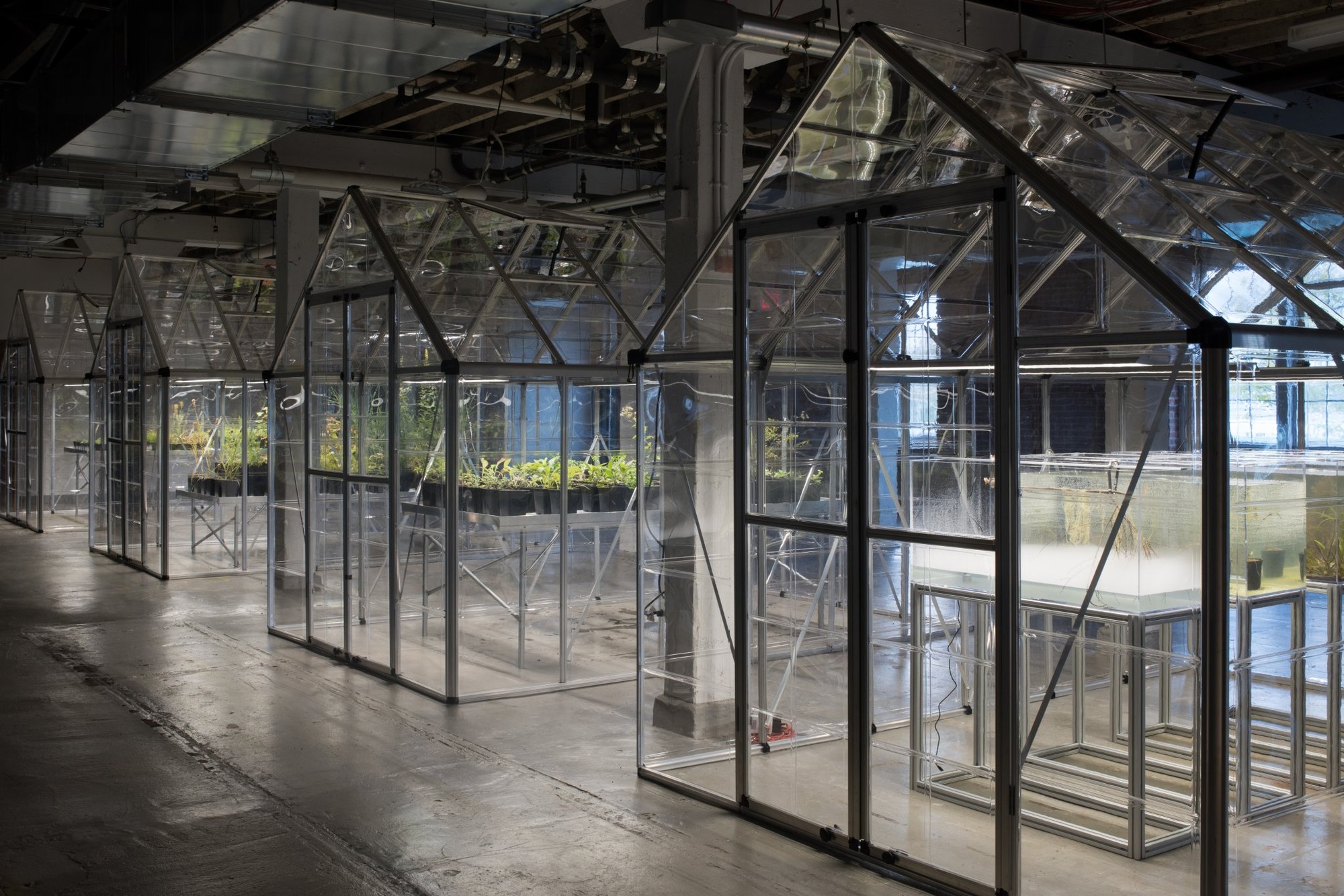 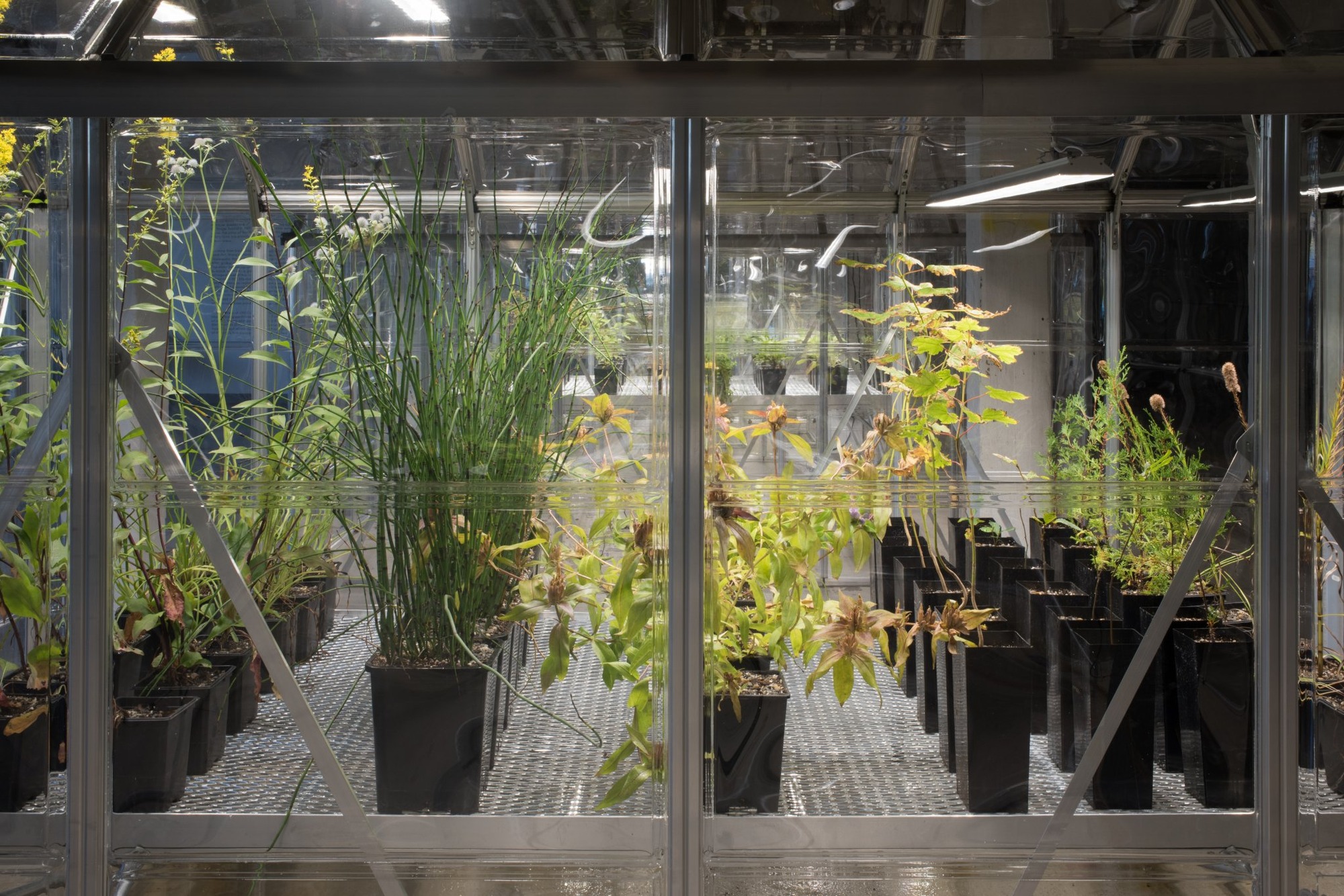 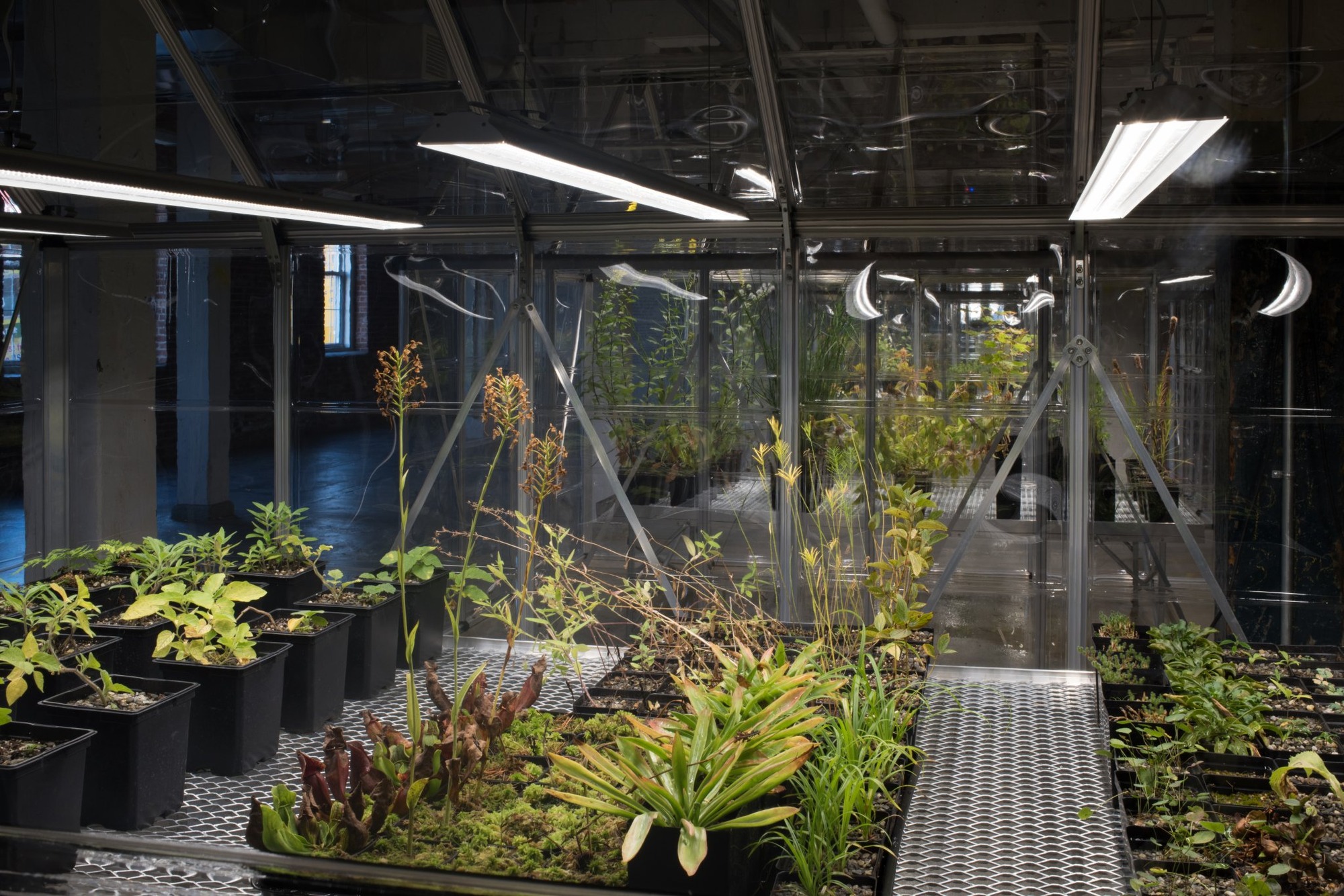 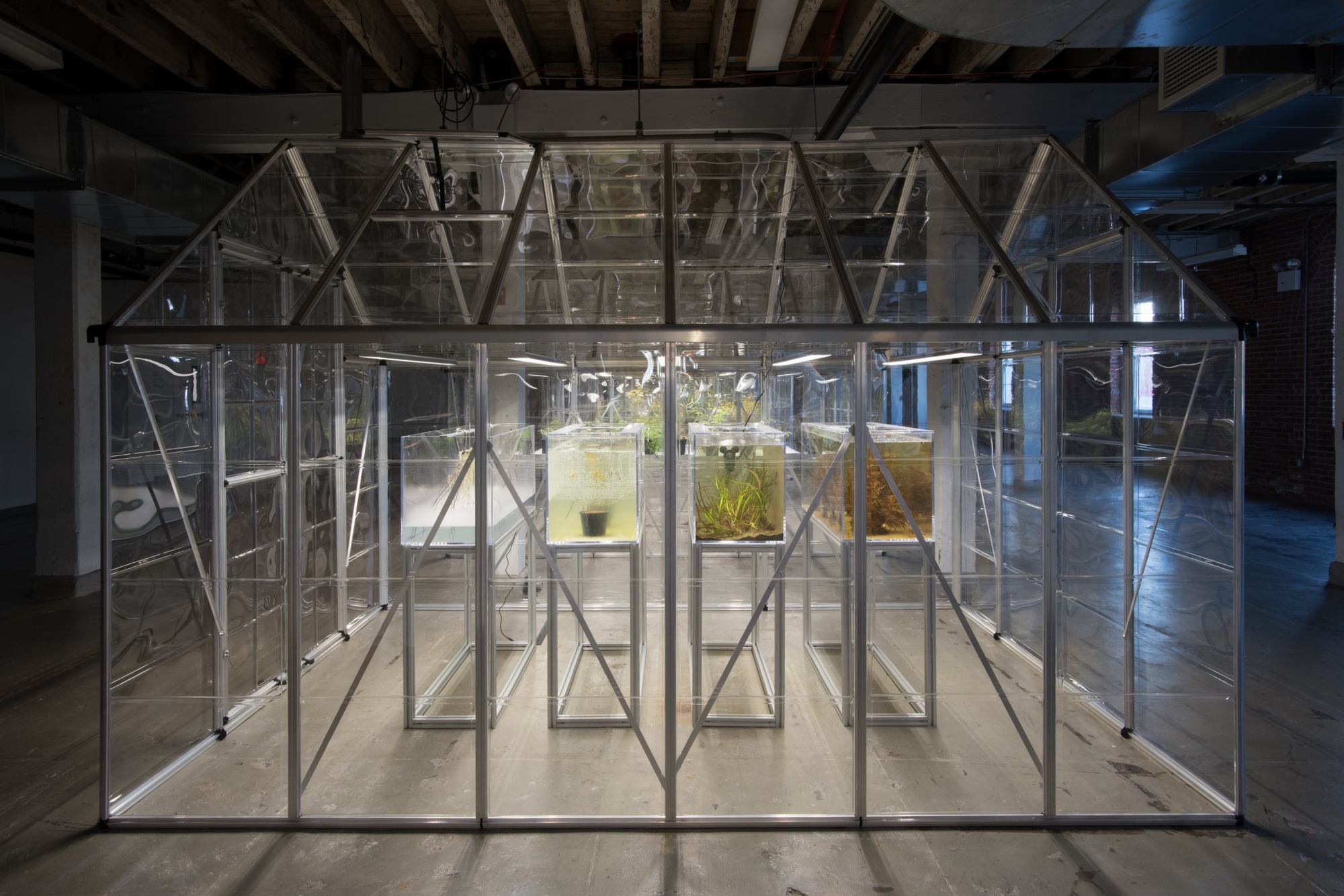 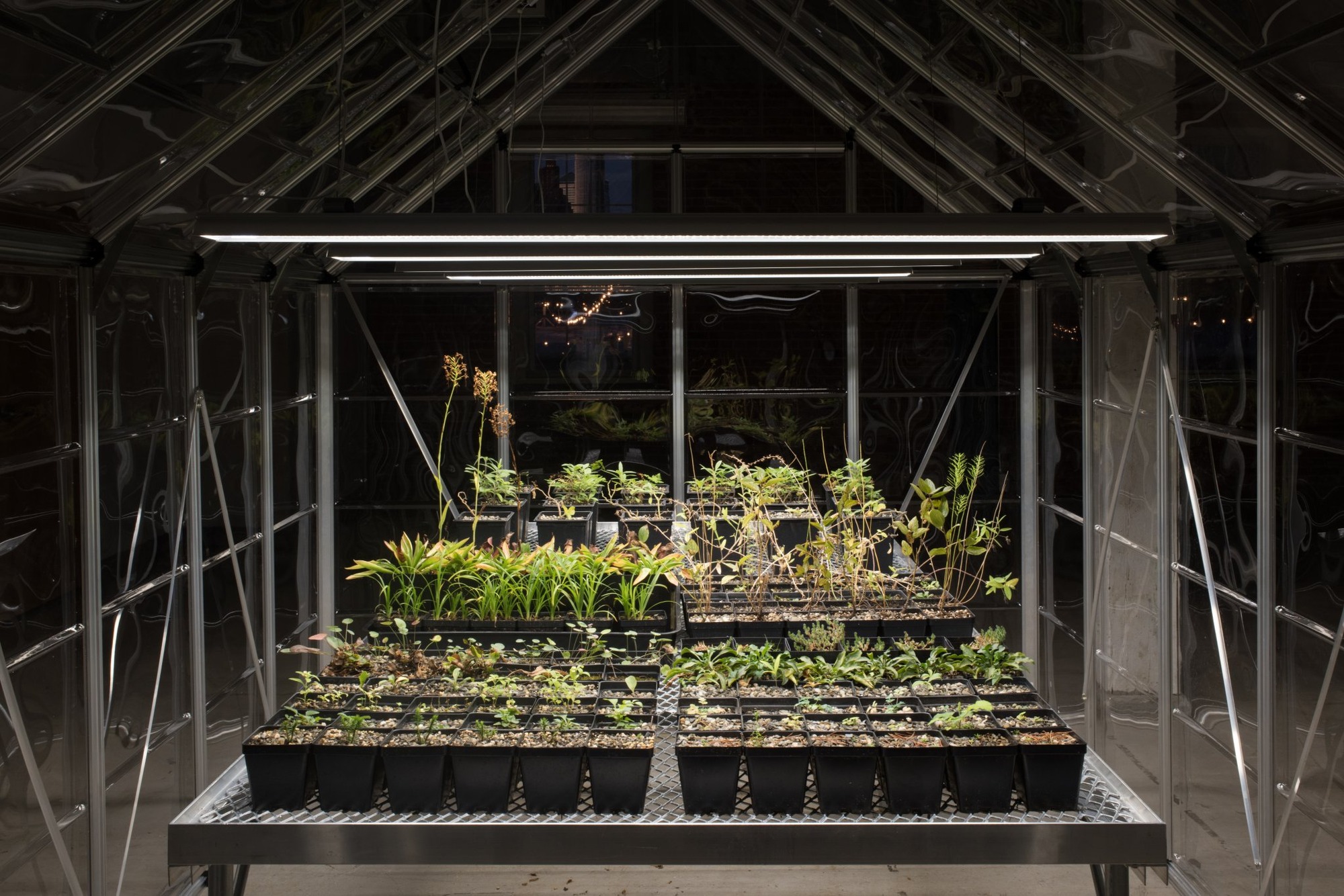 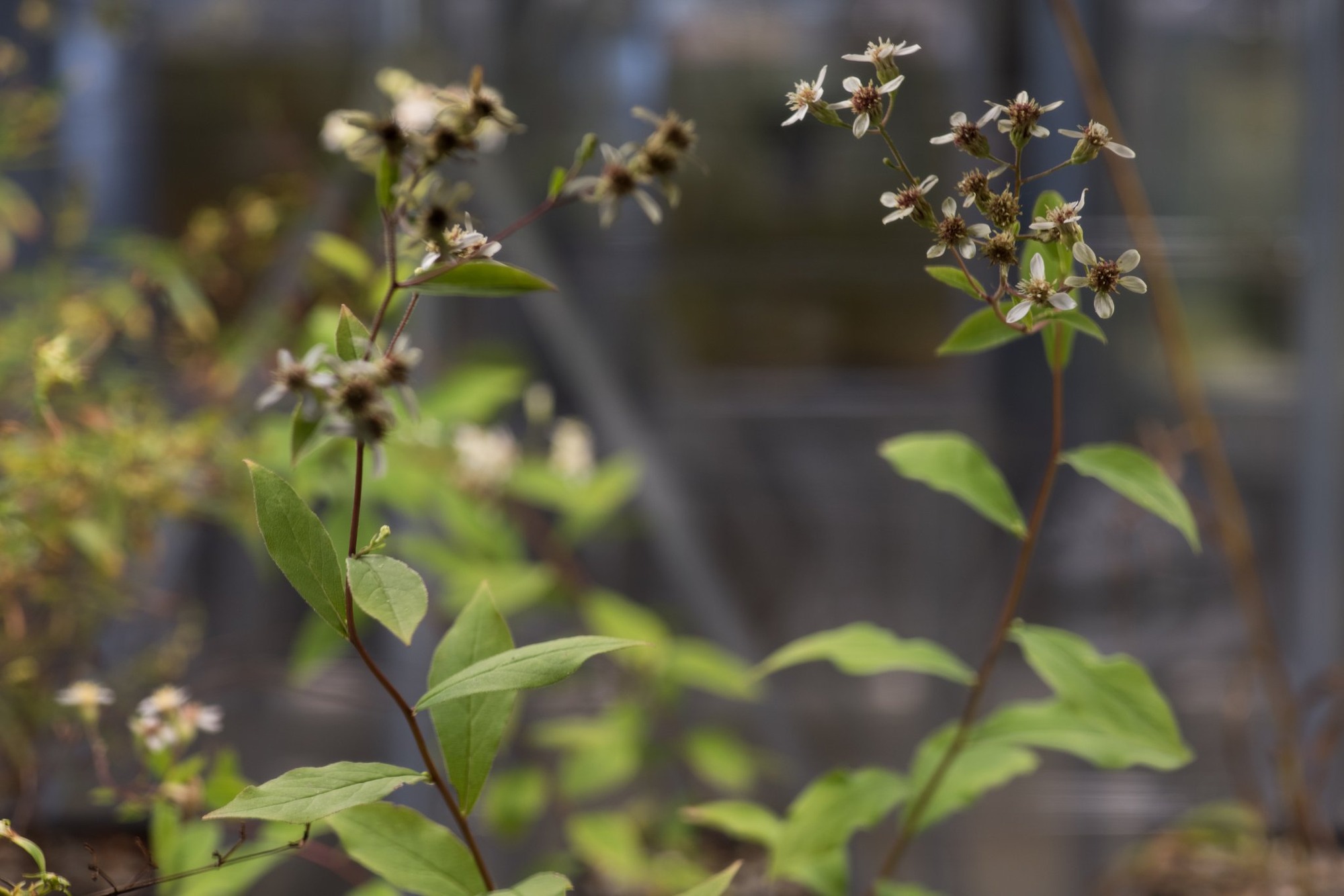 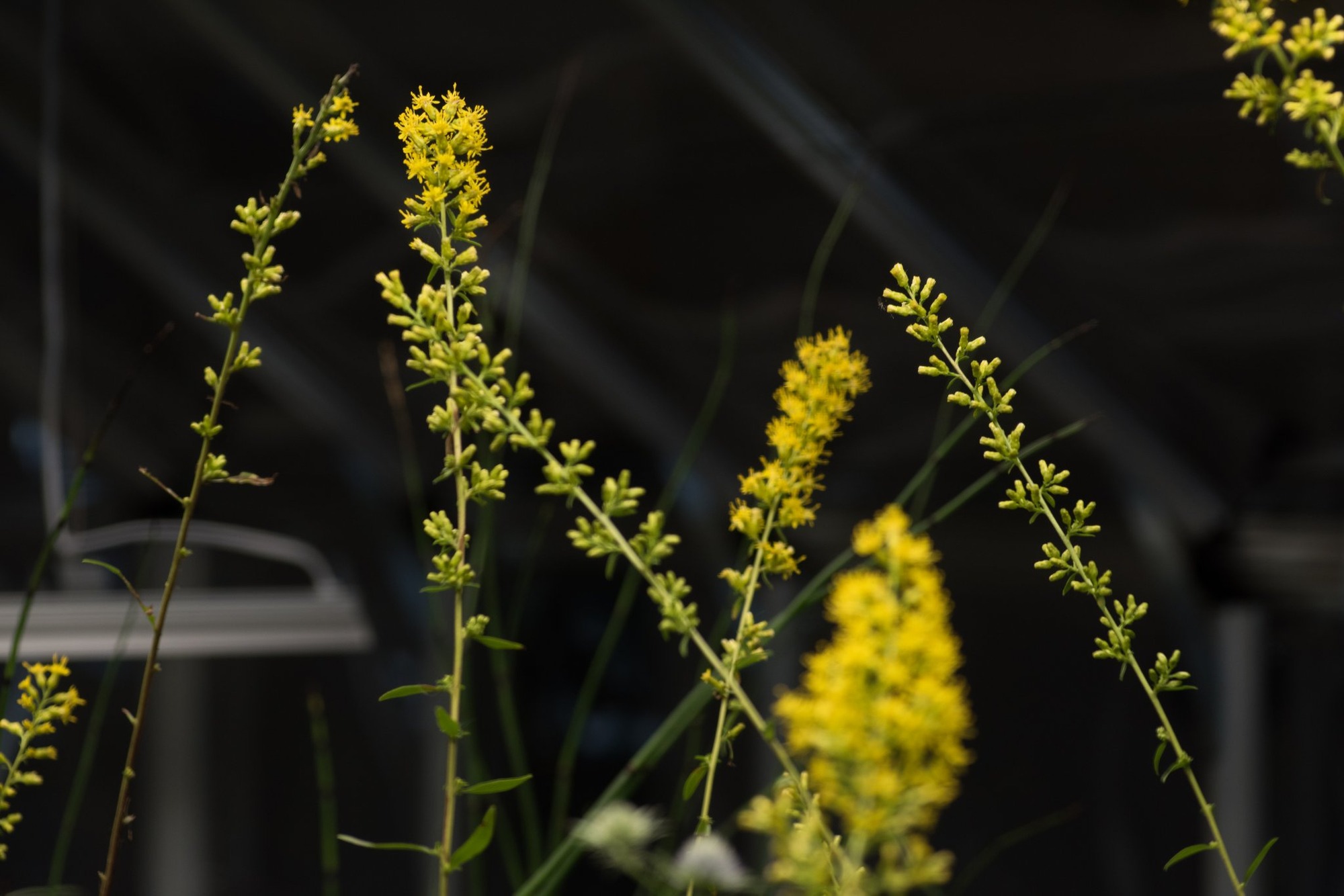 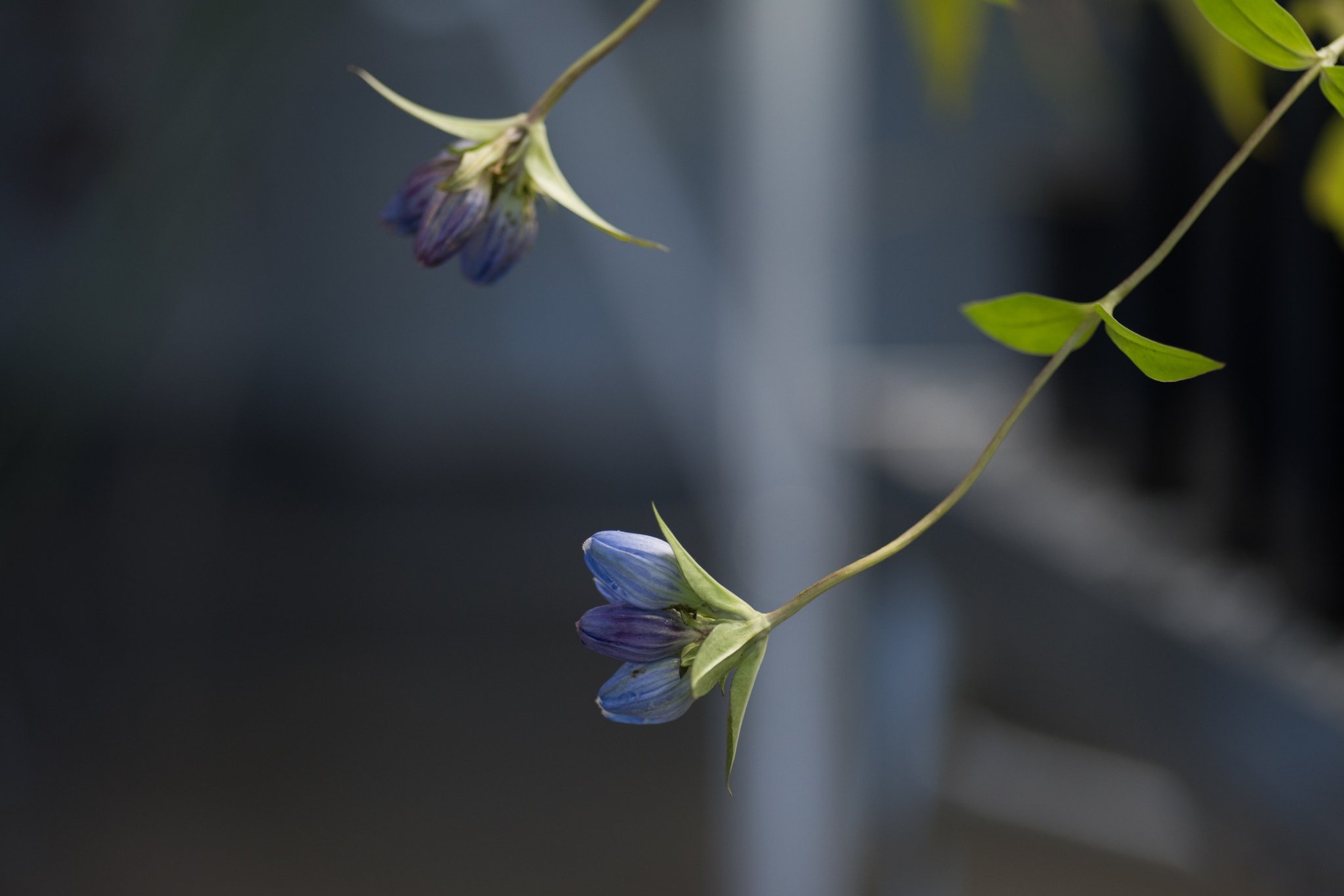 Swiss Institute, in partnership with the Lower Manhattan Cultural Council, is pleased to present Extinct in New York, the first institutional solo exhibition in the United States by artist Michael Wang. Wang’s long term project, Extinct in the Wild, which was first exhibited in 2017 at Fondazione Prada in Milan and currently continues on the roof terrace of Swiss Institute, presented a selection of flora and fauna no longer found in nature, but that remain extant under the care of humans. In Extinct in New York, Wang turns his attention to the native ecosystems of urban areas.

Drawing from traditions of Conceptualism and Land Art, Wang’s practice establishes circuit-like frameworks that insert themselves into, and subtly alter, global economic and ecological systems. The stock market value of rival corporations, the bedrock upon which major cities are built, the salvaged steel of the Twin Towers and the carbon footprint of the international art trade have all been used by Wang as material for mutable artworks that extend beyond the standard duration of an exhibition. Extinct in New York inquires further as to how interventions into seemingly impenetrable processes can challenge the meaning of an artwork and disrupt those processes themselves.

In the gallery at LMCC’s Arts Center on Governors Island, four greenhouses contain a selection of plant, lichen and algae species historically documented in the natural environments of New York City, but which no longer grow wild in any of the city’s five boroughs. In the months leading up to the exhibition, Wang researched, sourced, planted and tended to seeds and seedlings of these former New York City natives in his garden and studio in Upper Grandview, New York. Throughout the duration of the exhibition, these organisms are sustained within a laboratory-like installation under the care of a team of Arts Center staff, local students and volunteers. The artist intends for the plants to remain in the city after the close of the exhibition, in the managed spaces of urban gardens – re-introduced to the lands where they once grew wild, but persisting now only under human care.

In an adjacent gallery, vitrines house a selection of botanical watercolors of pressings of last known collected specimens, as determined by researchers from the New York Botanical Garden. Drawn from the collections of three herbaria, the one-to-one scale replications omit any taxonomic information and depict only plant matter. Below these are photographs taken by Wang of the species’ last known location. Together Wang’s watercolors and photographs sketch stories of ecological disappearance.

Michael Wang (b. 1981) lives and works in New York. His practice uses systems that operate at a global scale as media for art, addressing climate change, species distribution, resource allocation and the global economy. Wang’s work was the subject of a solo exhibition at the Fondazione Prada, Milan, IT (2017) and was included in Manifesta 12 in Palermo, IT (2018) and the XX Bienal de Arquitectura y Urbanismo in Valparaíso, CL (2017). In 2017, he was a recipient of the Joan Mitchell Foundation Painters & Sculptors Grant.

SI Programming is made possible in part with public funds from Pro Helvetia, Swiss Arts Council; the New York State Council on the Arts, with the support of Governor Andrew Cuomo and the New York State Legislature; and the New York City Department of Cultural Affairs in partnership with the City Council. Main sponsors include LUMA Foundation and Friends of SI. SI gratefully acknowledges Swiss Re as SI ONSITE Partner, Crozier Fine Arts as Preferred Shipping Art Logistics Partner, Vitra as Design Partner, and SWISS as Travel Partner.
www.swissinstitute.net