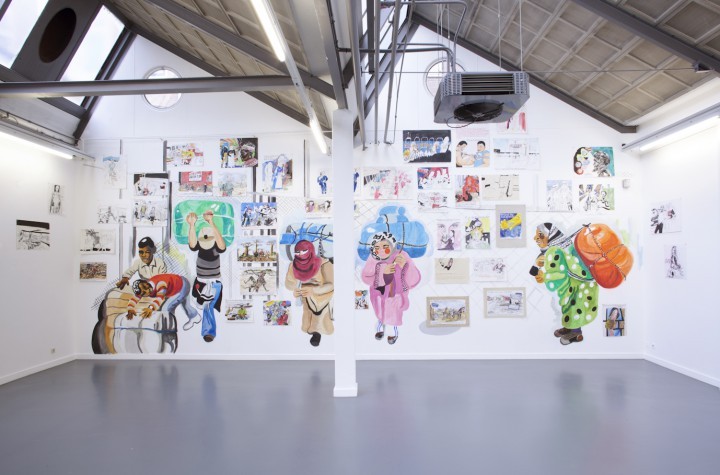 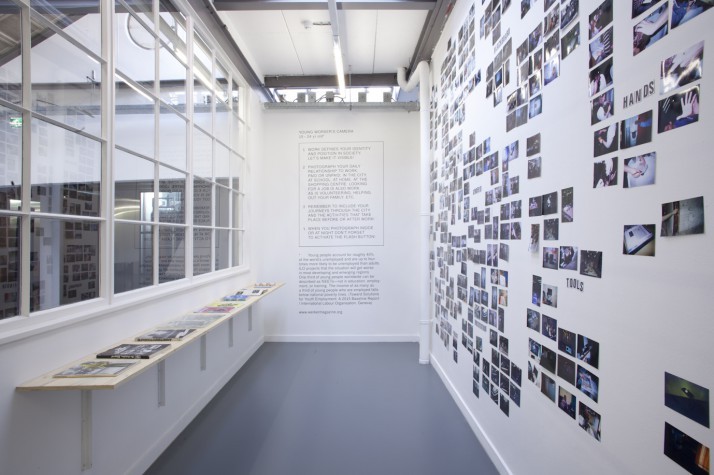 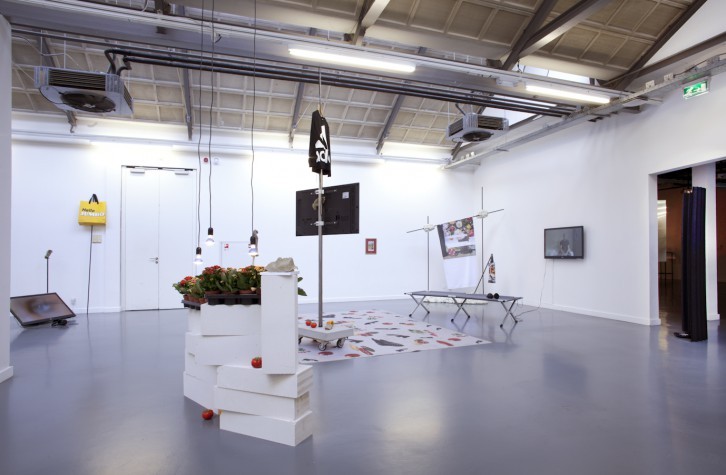 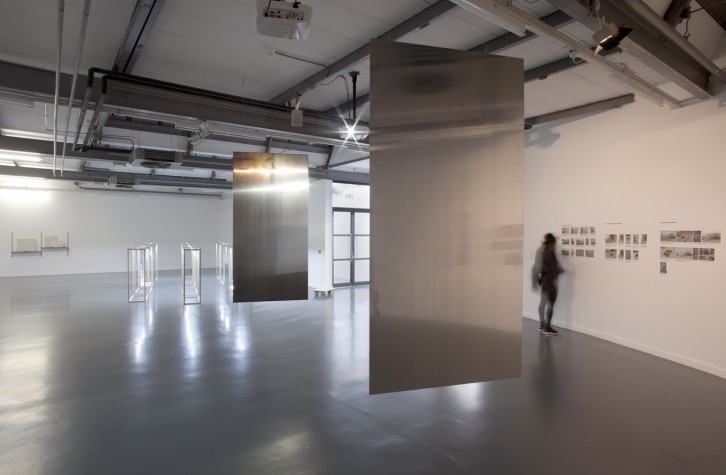 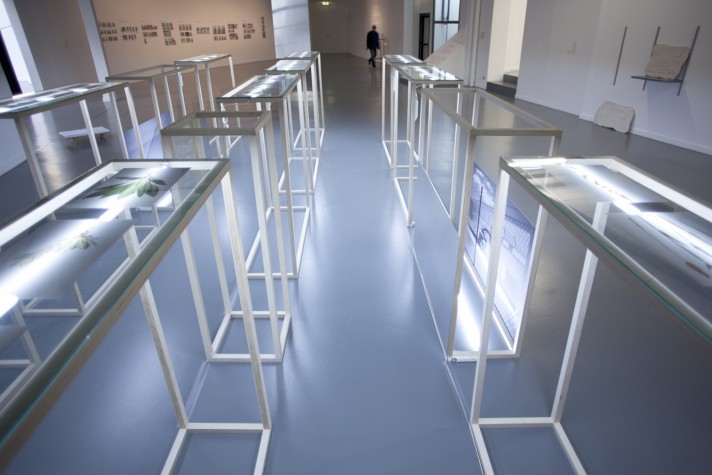 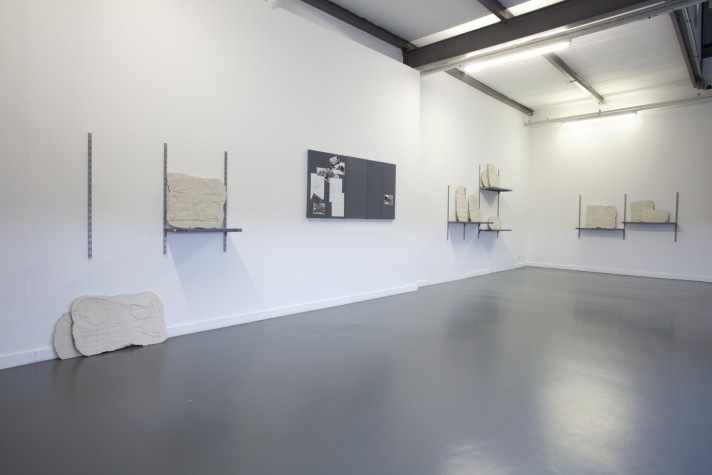 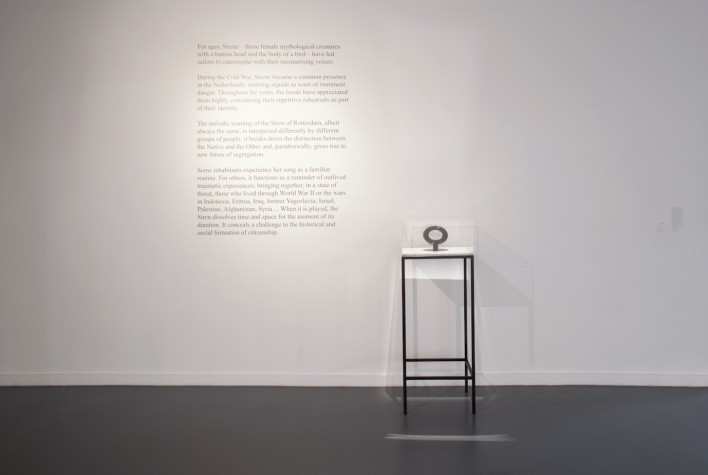 The group exhibition Motion /Labour /Machinery aims to generate playful and speculative avenues for critical reflection on ways to think about labour & the city on micro to macro levels. The artists in the show deal with the contradictions and biases that we are facing today when we think about and try to depict the relations between labour and leisure, working time and free time, and the multi-layered transitions between these two fundamental states of human existence.

Rotterdam is a perfect case study of the late capitalist city where the constant spatial displacement of people and goods in the harbour generates an economy in motion. The dominant image of Rotterdam used to be the harbour, with its ships, docks and workers, sweating, toiling and hoisting, captured by iconic photographers such as Cas Oorthuys, Ben van Meerendonk and Robert de Hartogh. In the course of sixty years, Rotterdam gradually transformed from an industrial city into a leisure city attracting more tourists than ever, thanks to architectural icons such as the Market Hall.

Art has an ambiguous, if not conflictive, relationship to work. It has been defined as being a creative compulsion beyond the call of duty of work, or as incomparable to work, because it doesn’t seem to fit into the normal categories of work. Now that the boundaries between intellectual, immaterial and manual labour are gradually dissolving, artistic labour is becoming more representative of the functioning of a society as a whole. This raises new questions concerning the role of the artist in society and the political dimensions of art. What is today’s image of work in the realm of the arts? What is the condition of artistic work today? What is work? The show brings together artistic positions dealing with the contemporary nature of work and subjectivities produced by it, while at the same time unavoidably reflecting on what it means to work as an artist today. The exhibition is curated by Manuel Segade (ES, based in Rotterdam), in cooperation with artistic director Mariette Dölle and curator Jesse van Oosten at TENT.

About the artists
Mercedes Azpilicueta (AR) presents a new performative video installation focusing on the social soundscape of the city of Rotterdam. Taking as a starting point the performance practices of Futurist avant-garde artist Valentine de Saint-Point, she uses speech as a medium to reveal how social, economic and political identities are constructed in everyday language. Azpilicueta will transform her performance work into a video-based piece designed for the space of TENT.

Doris Denekamp & Geert van Mil (NL) collaborate in the collective Informal Strategies. Their work takes the herbarium of the socialist revolutionary Rosa Luxemburg as its starting point. Luxemburg struggled for an international worker movement. During her political imprisonment, she focused on the study of plants. By conducting a series of walks and collecting plants near an Amazon distribution centre in Leipzig, the artists mirror Rosa Luxemburg’s habit of walking and the routine of the labourers at the German Amazon distribution centre.

Carme Nogueira (ES) presents her project Rotterdamweg (2009), consisting of ten A0 posters documenting twelve actions she carried out in the Rotterdam public space during a residency in Het Wilde Weten. The project focuses on understanding how the urban space is a fabric of micro-stories from the past. Nogueira inscribes them physically in the city, stressing the importance of telling them again and negotiating them with the passers-by as a way of constructing possible new maps. Rotterdamweg is the first of a series of research and performance projects about the transformation from industrial to post-industrial cities in Europe.

The personal and the political are always closely connected in Charlotte Schleiffert’s (NL) work. She gained international recognition with her expressive drawings and paintings featuring bright colours and impressive formats. In addition, Schleiffert has always made small-scale political drawings on topics such as intolerance, power, oppression, and poverty. In a mural-collage, she brings together a number of these drawings made on different continents in over a decade, in a compressed retrospective that deals with social imbalance, inequality and global labour conditions.

Anna Maria Łuczak (PL) combines everyday objects with a video film in the assemblage-installation Trust Speakers. The film combines visual and spoken observations on the Post-Fordist city with behind-the-scenes-footage of a report by Łuczak on Polish migrant workers in Steenbergen. After Poland entered the European Union, their numbers began to increase, especially during periods of seasonal work. The report was commissioned by a local TV station in order to introduce the seasonal workers to the inhabitants. A significant part of the recorded conversations conducted by Łuczak was discarded for the TV documentary.

The sculptures, drawings and videos of Fotini Gouseti (GR) often focus on the fear of the uncertain, the undefined, which, to her, gives birth to and sustains the ideology justifying a society. In between social anthropology and politics, Gouseti is working on a new project which will focus on the testing of air-raid sirens in the Netherlands, on the first Monday of every month, at noon. The sirens have not been used for a real alarm for over fifty years. Their maintenance and use will end in 2017, because of the costs and the lack of use.

The Immaterial Material by Fran Meana (ES) looks into the mysterious reliefs that a quaint pedagogical programme left behind in Arnao, a small mining town in the north of Spain. Full of geometric motifs, the reliefs were designed in 1912 to introduce local workers and their children to the principles of geography, grammar and geometry. These reliefs are one of the few material traces of the transition from an industrial to an information economy, a new regime of labour that makes of this mining town an archaeological fact.

Artist Marc Roig Blesa (ES) and graphic designer Rogier Delfos (NL) began producing issues of Werker Magazine in 2009, a series of socially committed publications about labour and the function of photography within society. The form is invariably dictated by the institutional context in which each issue is to be distributed or exhibited. In TENT, Werker Magazine presents the ongoing project Young Worker Camera: a presentation of more than 500 images that depict the relation between young people and labour. In TENT, Werker Magazine will organize a number of workshops following the methodologies of the Worker-Photography Movement born in Germany in the 1920s and then spreading across Europe, USA and Japan.

The exhibition is made possible with the support of Acción Cultural Española (AC/E).
www.tentrotterdam.nl