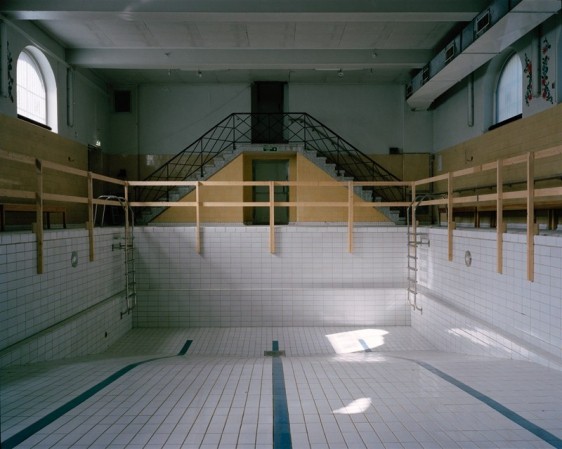 April 9 is the official opening of the pedestrian bridge connecting Grønland and Bjørvika. To mark this occasion Kunsthall Oslo has invited art organizations from Oslo’s east side to open their doors in a collective initiative to bridge neighborhoods, old and new.

As part this event, 0047 will be showcasing its spring program - Space Station: On Enabling, Production and Display. Resident #2, Tone Hansen - Acting Head of The Henie Onstad Art Centre Art Department - will put together an visual archive celebrating the activity of artists and cultural workers in Bjørvika. The archive documents artists’ involvement with the development of the district and will include works by Marianne Heier, Stefan Schröder, Snorre Ytterstad, Gardar Eide Einarsson & Matias Faldbakken and Ketil Nergaard, extracts from the archive of Anne Beate Hovind, Oslo Kunsthall and Knut Håkon Frølich, and excerpts from the exhibition Common Lands, curated by Åse Løvgren and Karolin Tampere, with works by Bik Van der Pol, Dellbrügge & de Moll, Ingrid Lønningdal, Geir Tore Holm & Søssa Jørgensen, Institutt for Farge and Jaan Evart.

Essential to the project is Timeline, a visual representation of the history of artists and cultural workers engagement with Bjørvika and its surroundings from 1993 to the present. Timeline is part of the ongoing work of Common Lands and is a work by Tone Hansen and Runa Carlsen.
www.0047.org