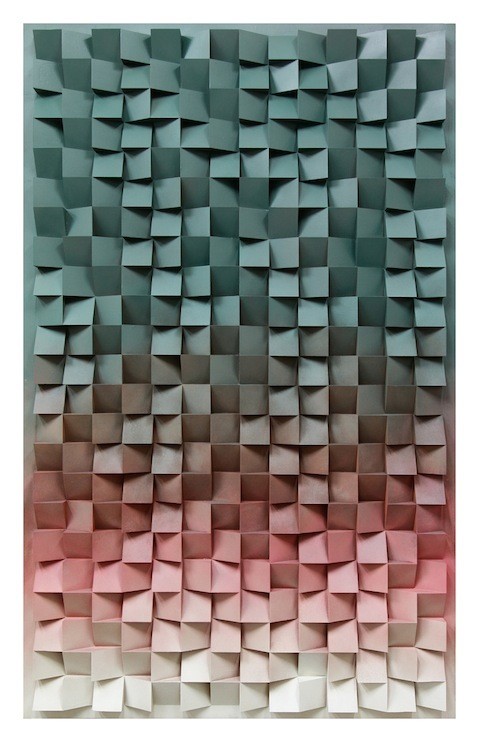 1301PE is pleased to announce its first solo exhibition with Düsseldorf-based artist Jan Albers. Albers utilizes a variety of primarily industrial materials and combines these elements into what can be described as both pictures and objects. Presented in this exhibition will be a new oeuvre of chainsaw massacres, wedge pieces, crumbled bicycles and apocalyptic landscapes.

"Even if the attitude is that painting is over, I still keep on working on the idea of doing something new, by avoiding oil paint on canvas." – Jan Albers

Henry Hurt vs. Holly Heal is about the opposed ingredients that one needs for stimulation, hurting and healing, destruction and fixing, and chaos and order. All these contradicting binaries make one feel alive. Albers' "paintings" oscillate between sites of destruction and repair.

Jan Albers was born in Wuppertal, Germany and grew up in Namibia. He lives and works in Düsseldorf, Germany. Albers was the recipient of the 2013 Dahlmann Prize in conjunction with his solo exhibition at the Leopold-Hoesch-Musuem in Düren, Germany.