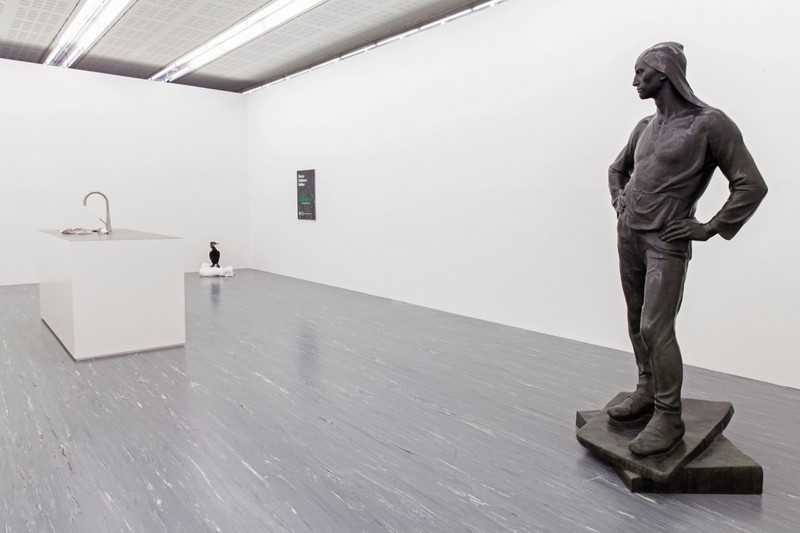 Simon Dybbroe Møller (born 1976) is currently Artist in Residence at the 21er Haus. His works focus on materiality and physicality against the backdrop of ubiquitous representations in the media and the simultaneous transformation of our concept of nature. In his exhibition in the 21er Raum, he displays a stuffed bird, a bronze sculpture, a kitchen unit, a printed marble slab, and something like lettuce leaves.

Simon Dybbroe Møller grew up in Greenland and lives in Berlin. His works have been exhibited most recently at the Centre Pompidou in Paris, at the Musee d’Art Contemporain de la Ville de Paris, at the Kunsthaus Glarus in Switzerland, and at Ludlow 38 in New York (all in 2015). Upcoming exhibitions of his works are hosted by Le Plateau in Paris, MOCA Cleveland, as well as the Kunsthalle São Paulo.
www.belvedere21.at