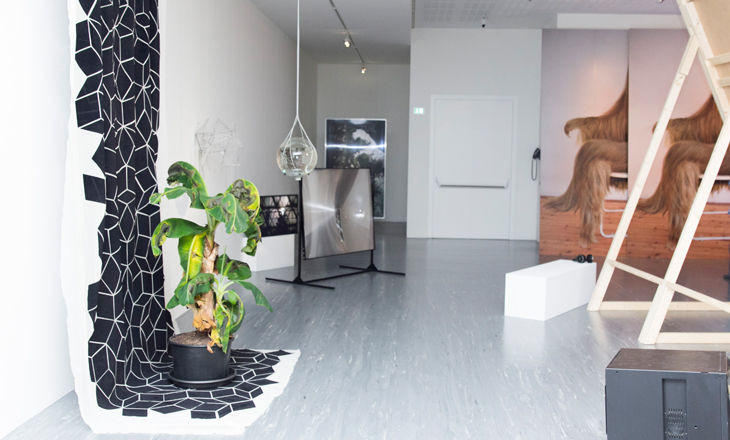 This fall the 21er Haus is presenting an exhibition with works by the four nominees for the BC21 BostonConsulting & BelvedereContemporary Art Award 2013: Marlene Haring (b. 1978), Ralo Mayer (b. 1976), Christoph Meier (b. 1980), and Anna Witt (b. 1981). With a sum of 20,000 euros awarded every two years, it is one of the highest privately endowed prizes for contemporary art in Austria. The award ceremony takes place on September 30, 2013 at 21er Haus. The BC21 BostonConsulting & BelvedereContemporary Art Award was launched in 2007 by the Boston Consulting Group (BCG) and the Belvedere. It is awarded to artists who live in Austria, are under the age of 40, and whose work is interdisciplinary. A global leader in management consulting on business strategy, BCG works with firms from a variety of industries and regions, and has offices in more than 75 locations in 43 countries. To date the prize has been awarded to Constantin Luser (2007), Nadim Vardag (2009), and Lucie Stahl (2011). It has been regarded as a prime example of private sector commitment to the arts for many years now. The goal is to assist up-and-coming artists to gain international attention and develop networks through the support of a prestigious jury, an exhibition and a publication.

The support and promotion of contemporary artists rank among the essential duties of the museum and result in numerous activities and newly initiated projects generated within the last years. Alongside the already established artist-in-residence program and the 21er Raum, which was inaugurated in 2012 as exhibition space dedicated to local artists of a younger and still underrepresented generation, the BC21 BostonConsulting & BelvedereContemporary Art Award embodies this spirit of patronage. Each of the renowned jurors independently selected artists who work with installation and performance. Diana Baldon, Director of the non-profit exhibition space Index in Stockholm and previously long-time lecturer at the Academy of Fine Arts in Vienna, chose Anna Witt; Krist Gruijthuijsen, Director of the Grazer Kunstverein, nominated Christoph Meier; Vít Havránek, Director of the Prague branch of the international network tranzit.orgselected Marlene Haring; and finally Sabine Schaschl, who recently moved from her position as head of Kunsthaus Baselland to become Director of Haus Konstruktiv in Zurich, completed the list of candidates with Ralo Mayer. A prestigious group of international experts will decide who the recipient of the BC21 Art Award will be. This year’s experts are Giovanni Carmine, Director of the Kunst Halle Sankt Gallen in Switzerland; Maria Hlavajova from BAK – basis voor actuele kunst, Utrecht; Nataša Petrešin-Bachelez, Chief Editor of the Manifesta Journal, Paris/Amsterdam, and Grant Watson, curator at Iniva – Institute of International Visual Arts in London.
www.belvedere21.at