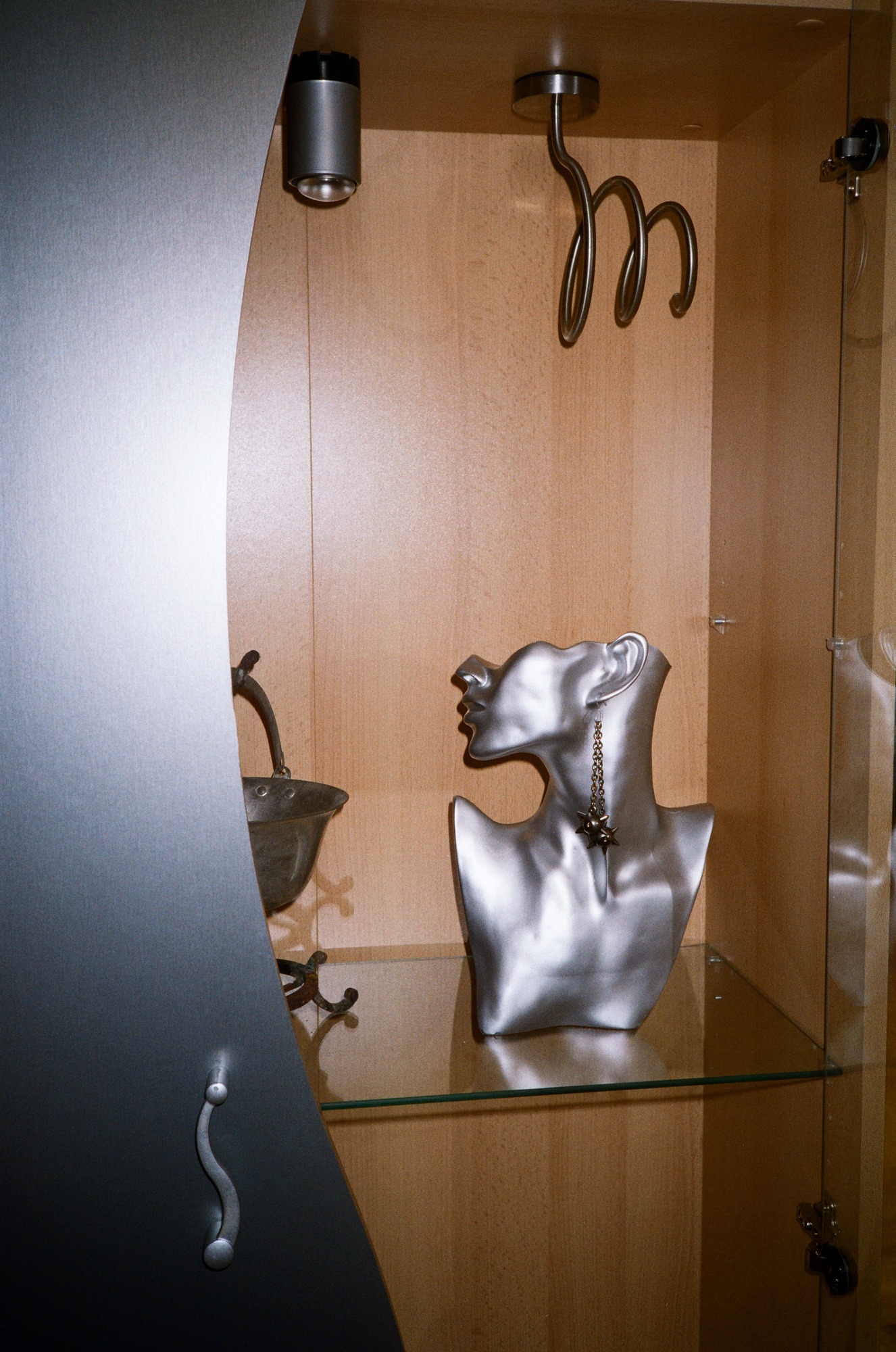 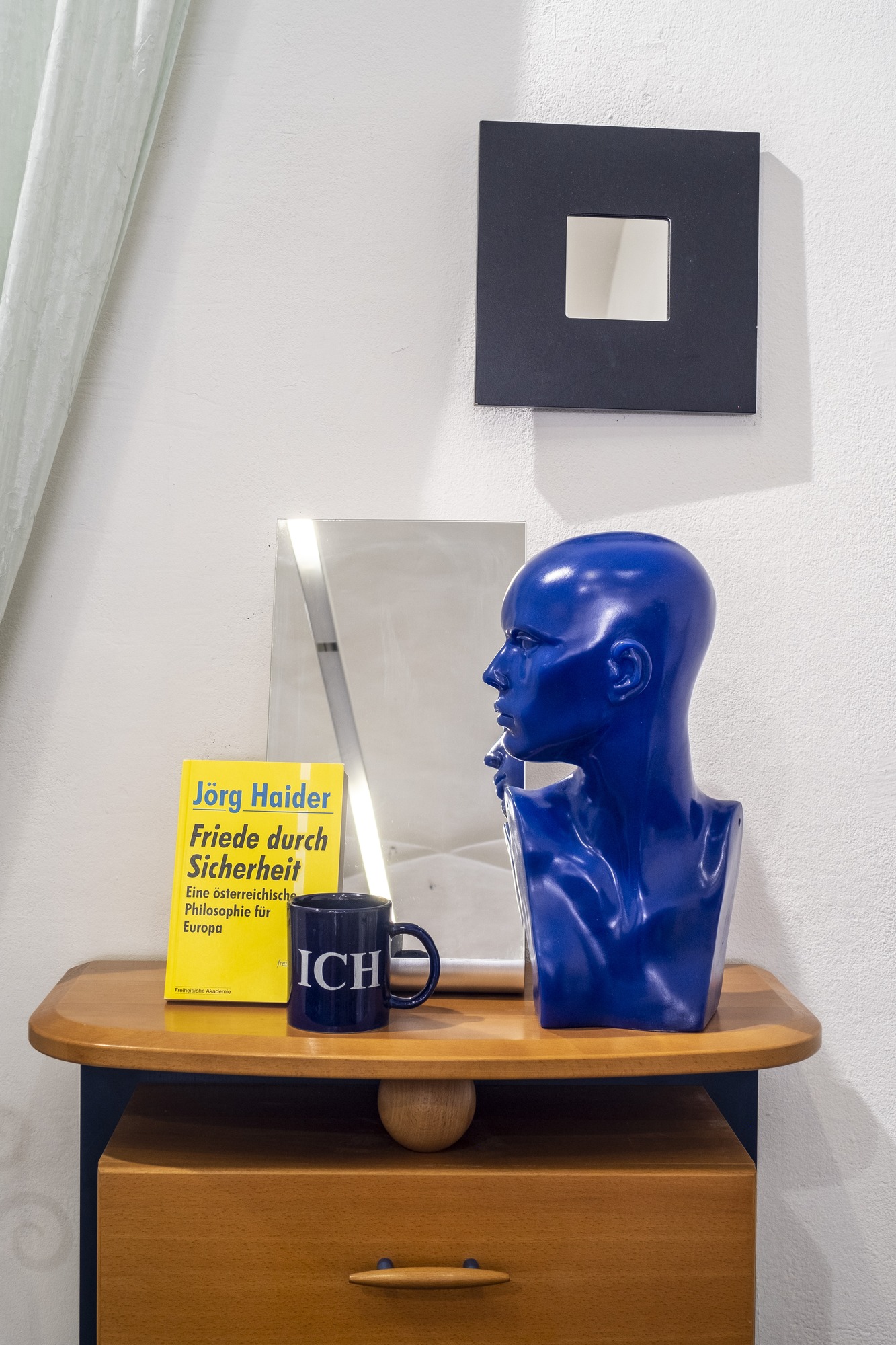 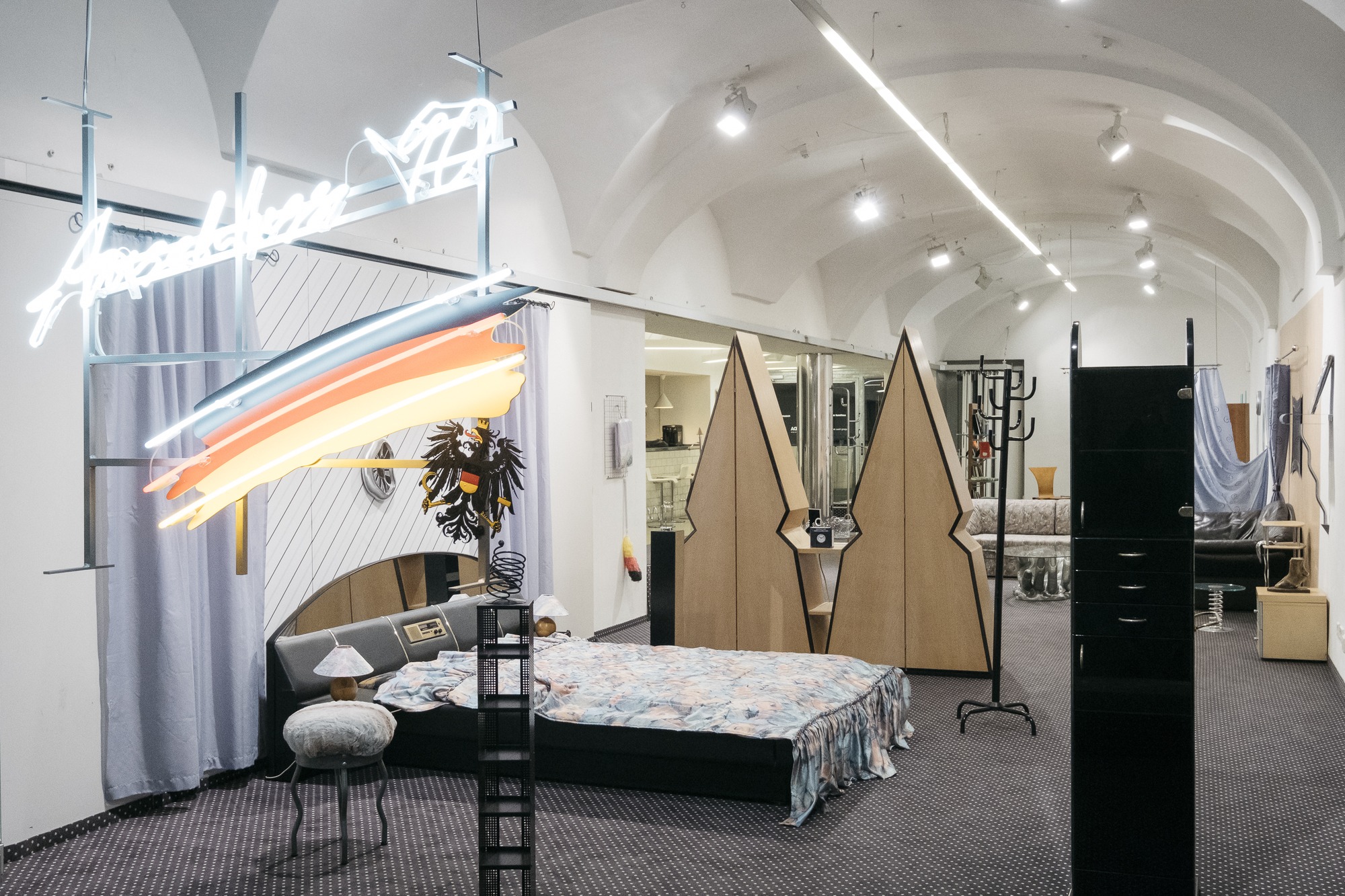 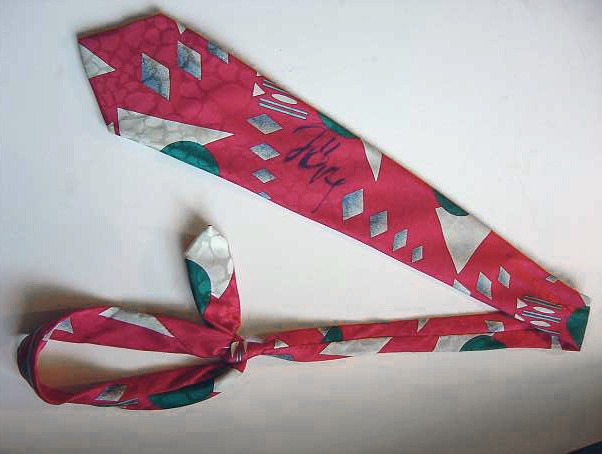 Henrike Naumann was raised in Zwickau at a time when the GDR was drawing to a political close and the state was ultimately absorbed into a reunited Germany. She has transformed the experiences of her youth—between hedonism, consumer culture, and growing right-wing radicalism—into installations for several exhibitions. In an archaeology of zeitgeists she explores the correlations between aesthetics and ideology, which she enables visitors to experience in her walk-in spatial settings.

The starting point of her exhibition at the Belvedere 21 is the year 1990: The Reichsbürgerbewegung (“Reich Citizens’ Movement”) does not accept the legitimacy of the Federal Republic of Germany and abruptly takes over control after reunification. Austria soon joins the reestablished German Reich. Henrike Naumann sketches this fictitious scenario in an immersive room installation comprising furniture, home accessories, and videos. Here the Reich (Citizens’) Chancellery, portrayed as a Germanic Stonehenge, meets home videos by the National Socialist underground and by revelers on Ibiza, a 1990s furniture store, Jörg Haider’s office, and all manner of finca chic. Das Reich can be read as a psychogram of an alternative world view, which alarmingly resembles the worlds of thought of today's extreme right.
www.belvedere21.at