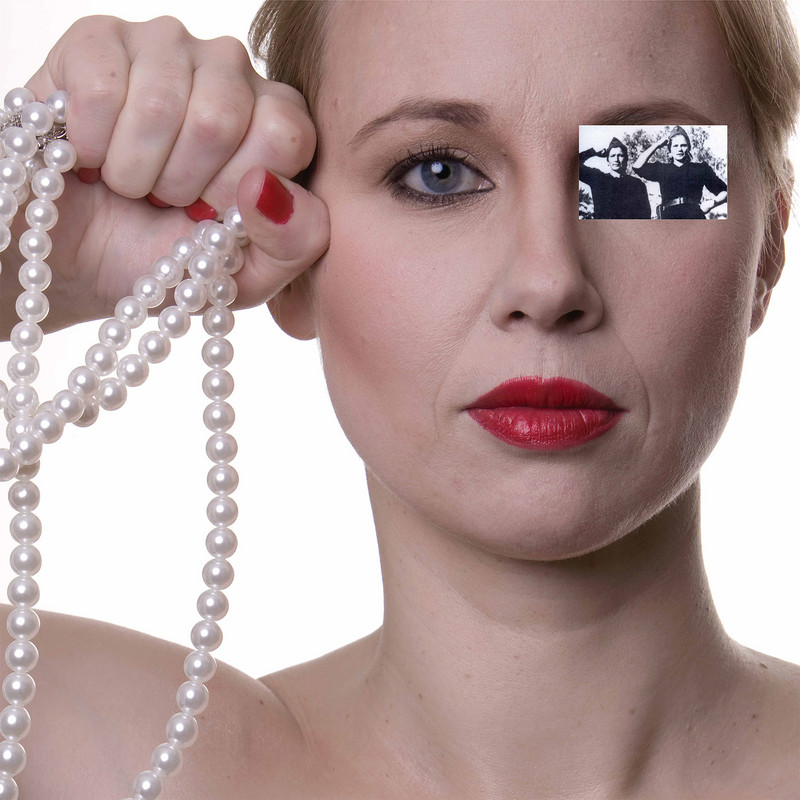 Sanja Iveković
The Right One: Pearls of Revolution
Photo: © the artist
MEETING POINTS 7
Ten thousand wiles and a hundred thousand tricks
10 May - 31 August 2014

Ten thousand wiles and a hundred thousand tricks opens at the 21er Haus, Vienna as part of the seventh edition of Meeting Points, a festival focusing on the contextualized presentation of art from the Arab World.

The Vienna installment of the exhibition has been realized in close partnership with multidisciplinary art festival Wiener Festwochen and the 21er Haus. The title of the project, Ten thousand wiles and a hundred thousand tricks, is a quote from Wretched of the Earth (1961), the book revolutionary philosopher Frantz Fanon wrote as a reflection on the Algerian revolution and whose title derives from the opening lyrics of the Internationale, the song of the world workers' movement.

Conceived as an exhibition in time, ten thousand wiles and a hundred thousand tricks resurfaces anew in each installment, realigning topics to fit particular locations and their specific geopolitical and historical contexts. It forays into several interlinked subjects: the role of middle classes today in revolts across different geographies, the forms taken by neo-colonialism, counter-revolution and co-optation, as well as the various strategies employed for countering oppression.   Juxtaposing recent works with historical positions, the exhibition incorporates a number of works from the 21er Haus/Belvedere collection, selected in close collaboration with Luisa Ziaja, curator at the 21er Haus. Having thus initiated a dialogue with this specific locale, the exhibition shifts its focus to a number of interrelated issues ranging from systematic intolerance, the rise of nationalist sentiment and anti-immigration laws across Europe to the reassessment of the modernist legacy and the role of museums in reshaping the relations between engagement, self-referentiality and aesthetics.

Meeting Points 7 is curated by What, How & for Whom/WHW, a curatorial collective formed in 1999 and based in Zagreb and Berlin. WHW organizes production, exhibition and publishing projects and directs Gallery Nova in Zagreb. WHW is currently working on a long-term collaboration project, Beginning as well as we can (How do we talk about fascism?), and curating the exhibition Really Useful Knowledge, to open at Museo Nacional Centro de Arte Reina Sofía in Madrid in October.

With the kind support of the: Allianz Kulturstiftung,Flemish Authorities, Ford Foundation, Australia Council for the Arts, Foundation for Arts Initiatives, Office for Contemporary Art Norway / OCA

Film matinee with: What, How and for Whom/WHW, 11 May 2014, 11 am, Festwochen Centre at Künstlerhaus
www.belvedere21.at