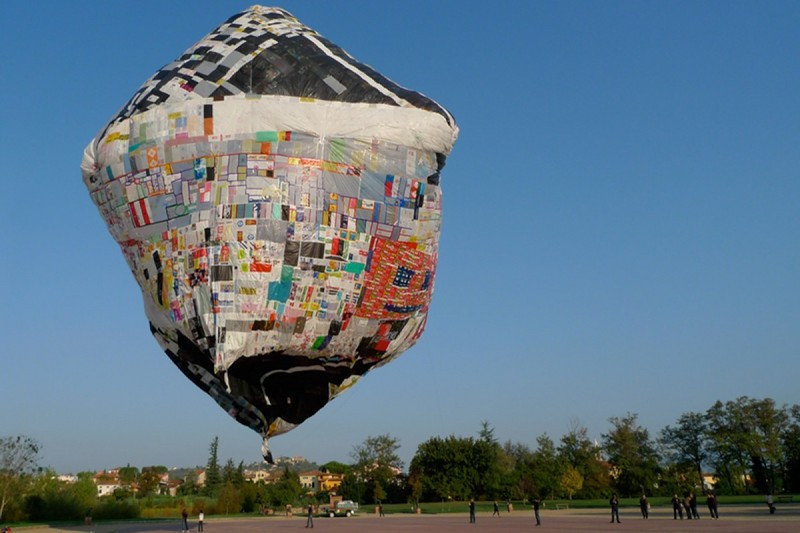 Tomás Saraceno’s first solo exhibition in Austria at the 21er Haus presents a significant artistic perspective at the juncture between art and science.

Saraceno’s art focuses on considering alternative life models that propose a more sustainable treatment of the environment. In fact, many of his recent projects and designs revolve around the much-discussed concept of the “Anthropocene”. Introduced in recent years, this term is used to describe the current geological era in which our earth finds itself, defining the human being as the most important factor influencing the planet's biological, geological and atmospheric processes. Much of Saraceno's art endeavours to make visible these influences, often using highly unorthodox methods. His exploration of the challenges facing this planet is reflected in Becoming Aerosolar. Through a series of sculptures, objects and installations, the show presents the results of a long-term research project conducted through the interdisciplinary collaboration with institutions and individuals all over the world.

Tomás Saraceno was born in Tucumán, Argentine, in 1973. He studied architecture and later art in Buenos Aires and Frankfurt. Now he lives and works in Berlin, where he heads a multidisciplinary studio. Moreover, he has held numerous prestigious research positions in the past, among others at the NASA, the European Space Agency ESA, as well as the Massachusetts Institute of Technology and the TU Braunschweig. His works have been on display all over the world in more than fifty solo and more than one hundred group exhibitions, such as at the Metropolitan Museum in New York, the Museum Hamburger Bahnhof in Berlin, the K21 in Düsseldorf, and the Biennales of Venice, São Paulo, Lyon, and Moscow.
www.belvedere21.at