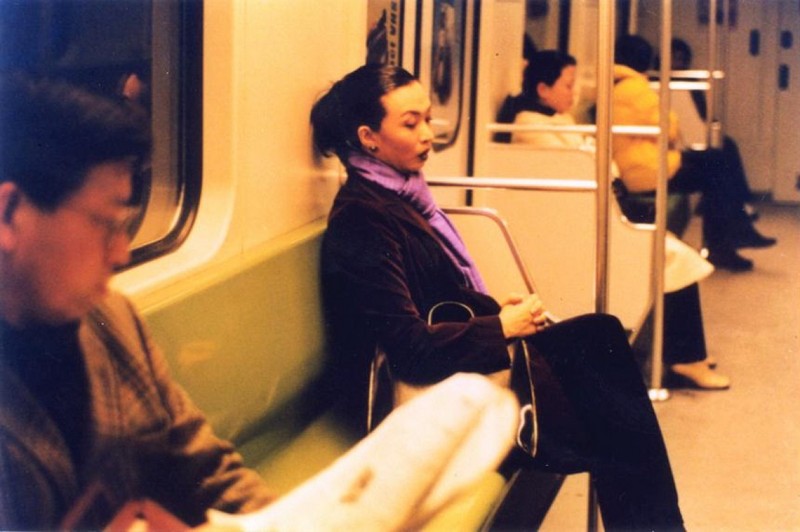 Two years ago, Occupy the Museum! was the slogan that kicked off the cooperation between ImPulsTanz – Vienna International Dance Festival and the Weltmuseum Wien. During this year’s festival, Western stereotypes about the “Other” and especially notions about the “Asian Dance” were dispelled in the magnificent museum rooms at Vienna’s Heldenplatz.

The current project, curated by Michael Stolhofer, is a further progression, which takes place in cooperation with and at 21er Haus – museum for contemporary art as ImPulsTanz Special from 06 to 14 February 2016. Under the title [Trans] Asia Portraits the artists Michael Laub, Choy Ka Fai, Preethi Athreya and the Weltmuseum Wien explore the tension field between traditional and contemporary Asian choreographic practices in performances and installations. The works are presented in Europe for the very first time. Above that, the former director of Brussels’ Beursschouwburg, Cis Bierinckx, presents a movie programme with key works of the Asian LGBT cinema.

The opening evening of [Trans] Asia Portraits is dedicated to the vernissage of the two installations and a movie about China’s most famous transsexual. Famous Belgian theatre maker Michael Laub shows in his installation – composed of ten large video screens – the tension field between folkloristic dances and urban club moves in today’s Cambodia. Therewith he continues with his format of portraits whereby he already focussed on entire cities, personalities like Marina Abramović or theatres like the Burgtheater Vienna in 2011. For the first time, Weltmuseum Wien shows two impressive procession sculptures outside of the museum, which are symbols for the rapid transformation of India. Following this, the movie Miss Jin Xing by Chinese filmmaker Zhang Yuan follows a young soldier on his way to a shimmering diva, world famous dancer and host of her own talk show.

On two evenings – 09 and 11 February – Choy Ka Fai from Singapore challenges stereotypes about Asian dances. After his great success with the performance series SoftMachine at ImPulsTanz 2015 where he took the audience on a trip to India, Japan and Indonesia, he now puts two dancers from Shanghai into spotlight. Significant Indian choreographer Preethi Athreya immerses, together with Kathak dancer Vikram Iyengar, into the contemporary Indian dance world, which bridges tradition and the present – Across, not Over on 13 and 14 February.

Two complementing Movie Nights (hosted by ray) curated by Cis Bierinckx glance at Asian LGBT (Lesbian, Gay, Bisexual, Transgender) filmmakers and their courage to tell controversial stories about the social change of gender and identity. On the first night, 10 February, a selection of short films and the cult movie Funeral Parade of Roses by the Japanese director Toshio Matsumoto are presented. In Finding Phong Swann Dubus and Tran Phuong Thao document the transformation of a man into a woman and Sridhar Rangayan in Breaking Free traces the development of the queer movement in South Asia on 12 February.

Tickets available at www.impulstanz.com or at the box office at 21er Haus.