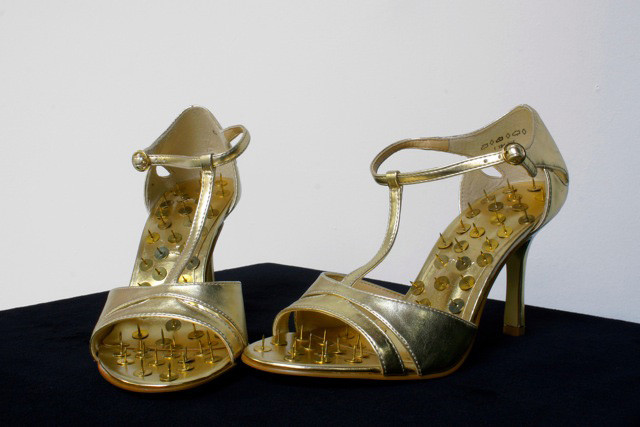 303 Gallery presents our sixth one-person exhibition of new work by Hans-Peter Feldmann. On this occasion, Feldmann will present pieces from various recent series, representing his approaches to photography, painting, and sculpture.

Two large sculptures cast in plaster greet the visitor at the entrance of the gallery. Ostensibly representing Michaelangelo's David figure and the mythological Venus, their superflat sheens and garish technicolor highlights debunk their exalted statures, placing them firmly in the sphere of mass-marketed, consumerist marginalia. Feldmann often traffics in this kind of undermining, seen as well in his pieces titled "Queen Elizabeth with Red Nose," Great British Bank Notes with crudely painted clown features obscuring part of the Queen's face, or "Husband and Wife each with Red Nose," employing a similar effect on two staid, aristocratic portrait paintings from a seemingly bygone era.

Feldmann is best-known as a collector and appropriator of photographic images, and in this exhibition, he presents various assemblages of women's "Lips" and "Legs," as well as "All the Clothes of a Woman," a categorical examination of one woman's wardrobe in photographic form. In terms of portraiture, these photographs seem to imply that the objects one owns or uses have as much to do with identity as the more typical notions of family, class, or morals. This irreverence and its undeniable humor are again on display in a series of self-portrait photographs that Feldmann has made from caricatures drawn of himself by street artists in Madrid. Not eschewing intimacy altogether, however, we are also presented with photographs of Feldmann and his wife's shoes - a window into a very personal aspect of their lives together. Shoes also recur as a theme in a sculpture made of high-heeled, snakeskin shoes juxtaposed with hand-painted quail eggs, as nature and humanity intersect in the service of design.

Hans-Peter Feldmann was the recipient of the 2010 Hugo Boss Award, and displayed this prize in its entirety at his exhibition at the Guggenheim Museum, New York. His work has recently been featured in exhibitions at Centro de Arte Reina Sofia, Madrid, Kempner Art Museum St. Louis, and MOCAD, Detroit. In addition to his solo exhibition at 303 Gallery, Hans-Peter will mount a solo exhibition at Serpentine Gallery, London, in 2012. His work has been shown internationally for over 40 years. Feldmann lives and works in Düsseldorf.
www.303gallery.com