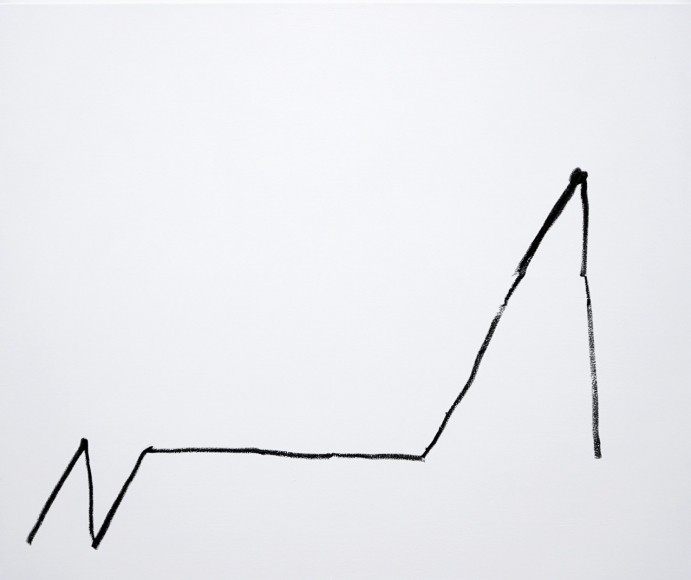 303 Gallery is proud to present a project by Sarah Meyohas.

Over the next ten days, Tuesdays to Fridays, 1-4pm, Meyohas will trade stocks on the New York Stock Exchange during regular market hours. She will place her trades directly from 303 Gallery. Once she affects a stock’s valuation, Meyohas will announce the change in market capitalization and record the shift with oil stick. Marks will accumulate in a gestural record of the stock’s performance. The line, value over time, is an index of her movement, physically in the gallery and virtually in her ownership. Each painting is one of many financial records, but unique as an artwork. Any trade may only result in one painting.

On the evening of January 20th, 6-8pm, Meyohas will record her final day of trades and offer closing remarks.

The work will remain on view until February 6th.