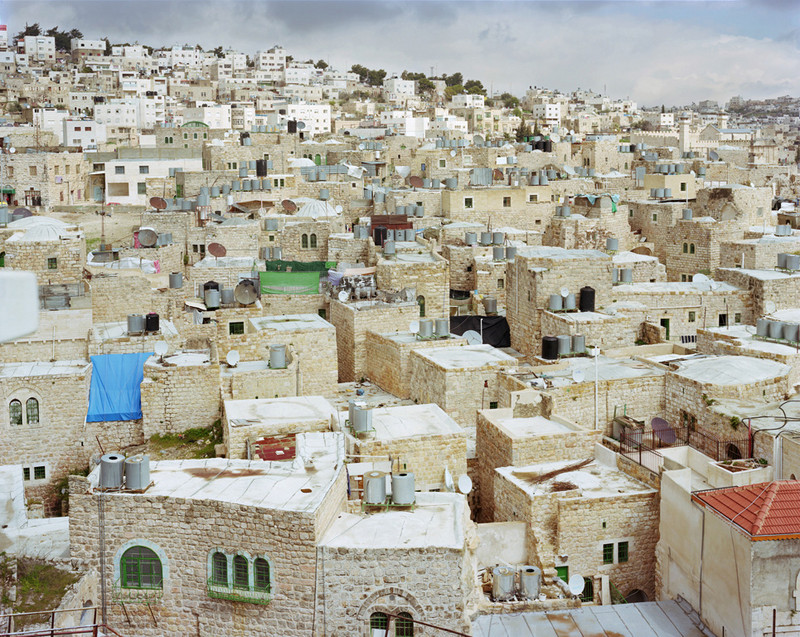 303 Gallery is pleased to present its fifth exhibition of photographs by Stephen Shore, whose pioneering use of color photography in the 1970s and beyond has made him one of art history's most revered and exploratory practitioners of photographic possibilities.

For this occasion, Shore will present two new bodies of work realized in zones of itinerant conflict. In a series of images made in Israel and the West Bank, uninhabited landscapes meet scenes of modern quotidian life, and tender portraits become entangled with images of aestheticized propaganda and the charge of architecture in conflicted space. Shore's interest in daily life, in the landscape itself as a way to interpret a sociological climate - a baseline theme in all his work - here takes on a different type of potency due to the critical nature of the living situation. In an a piece such as Sderot, Israel, September 14, 2009, a photograph of a hand pointing at a map is another way of considering the contentious nature of territories.

The second body of work presented in this exhibition consists of images shot in Ukraine, in and around the homes and villages of Holocaust survivors. Another subject with an emotional charge perhaps unequalled in terms of acute sensation, each image becomes a type of reliquary replete not only with the tragedy of the Holocaust, but with the tragic history of Ukraine itself. Shore's compositions in these images are tighter and more controlled; colors and objects bristle with intimation of past events. In directly confronting these charged subjects, Shore subtly imposes his own order and logic on the landscape, continuing a tradition he created and has practiced for close to 50 years.

Stephen Shore: From Galilee to the Negev, a compendium of images shot in Israel and the West Bank, was published earlier this year by Phaidon Press. His most recent photographic series shot in Winslow, AZ in 2013 was recently published by IMA Concept Store in Tokyo in a new book titled Stephen Shore Winslow Arizona.

Stephen Shore has been the Director of Photography Program at Bard College since 1982.
www.303gallery.com