The Future Of The Drawing Is The Computer 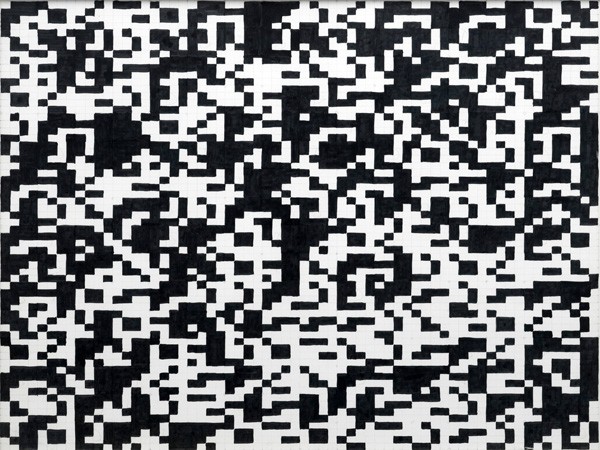 THE FUTURE OF THE DRAWING IS THE COMPUTER
or: The New in the Etzold Collection – K.O. Götz Recommends New Media Starting 1961
9 July - 10 December 2017

A famed agglomeration of works from the collection of Hans Joachim and Berni Etzold have been on permanent loan in Mönchengladbach since 1970. Important pieces by Yves Klein, Lucio Fontana, Piero Manzoni, the Zero, Op- and Pop Art movements, and an extraordinarily rare collection of early computer graphics are currently housed in the city’s art museum. Works from the Etzold Collection have had a prominent place at Museum Abteiberg since it opened. The only guest collection at Museum Abteiberg, its presence is forever associated the historical coup by museum director Johannes Cladders who, to the chagrin of city politicians and others, used it to lure visitors to the new Museum Abteiberg building.

Collection discreet, exhibition conspicuous: for a period of about six months, key works from the Etzold Collection will demonstrate their contemporary relevance and presence in the large temporary exhibition space. The show is preceded by interviews with present-day artists who cast new light on the art of the early 1960s, but also the joy of linking these works to our current time and releasing them to a contemporary audience in a more or less controlled way.

The presentation will also include a special museum education program for various interest groups. A workshop will look at how the current Pixar principle is constructed, with invited experts and specialists to explain various epochs of the digital world.
www.museum-abteiberg.de