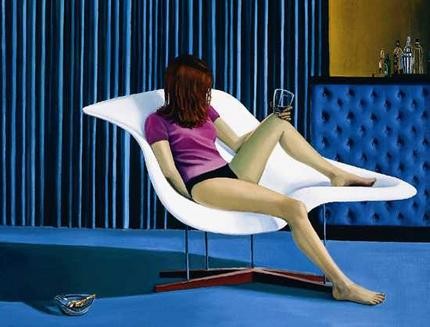 The Adelaide Biennial of Australian Art was first staged at the Art Gallery of South Australia in 1990. The Biennial has a very important place in the contemporary visual arts calendar in Australia, providing regular surveys of current Australian art practice.
Each of the nine Biennials (staged over sixteen years) has had a different curator who has brought an original and different perspective highlighting new and exciting trends of contemporary art practice in Australia.
The 2006 Adelaide Biennial of Australian Art: 21st Century Modern, curated by Linda Michael, is a selective cross-section of contemporary art practice, highlighting several generations of artists whose work is influenced by modernism. Artists respond to the collaborative, experimental or utopian spirit of modern art movements, give a digital twist to modern forms, pay homage to modern artists, and revive their childhood encounters with modern design across its multidisciplinary forms.
“In 2006 the Biennial recognises the continuing importance of modern art to contemporary artists, whether for its inventiveness, utopian spirit, or formal qualities. The exhibition shows a shift away from the melancholic or critical approach to modernist art history that was common in art of the 1980s and 1990s”, says Linda Michael, curator for the 2006 Adelaide Biennial of Australian Art.
www.artgallery.sa.gov.au/agsa/home