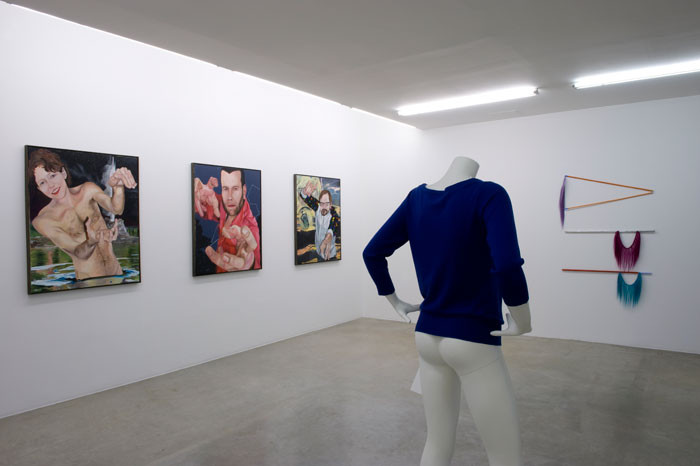 It was 1980, seen from 1999. «Everything you remember from high school that you choose to forget» read the tagline. The first episodes of the TV series Freaks and Geeks that it was possible to download seemed at first watch too elusive: not enough playful situations that could have turned it into a outstanding comedy show, not enough of the typical teenagers and teachers characters whose changing relationships can provide endless twists and turns. But throughout the hesitant rhythm of the first sequences, the awkward looks of the cast, and the blank picture of dullness, bore and dismay, little by little, Judd Apatow and Paul Feig’s Freaks and Geeksrevealed a masterpiece.

Seriously. When it comes to teenagers, suspicion is appropriate. Contemporary art, for instance, has been customary for indulging in the image of youth in revolt, in trouble, in ecstasy or in lust, fantasizing kids behaviors, longing for their supposed état de grâce and gazing at their thin bodies. Shame on you, Larry Clark! This kind of fetishistic, nostalgic position fails to address a more specific vision, which was at the heart of Freaks and Geeks: teenage years are the times where one’s relations to power, authority and society are shaping themselves out – not as figures to be taken over or disputed, but as definitive aliens. Contrasting with the glorious picture of youngsters who would quintessentially belong to the world and are eager to possess it, the Bildungsroman we think is relevant here is one that tells stories of frustrations and enthusiasm, interdictions and inventions, anxieties and lunch boxes. The freaks and the geeks know this world is not theirs – and they don’t want it, because it’s just boring. It sucks.

Gathering prosaic objects, tokens, language-based works and a few films, songs and paintings, the exhibition «Freaks and Geeks» takes its inspiration from the art of the teenage movie, one that has been too often overlooked by contemporary art. As echoes of the ethics of the anti-heroes and losers within the genre, the artists’ works in the show focus on the contradictions of self-fulfillment, friendship and love. They don’t call for subversion and transgression, but care about the soft dullness of growing up and leaving one world for another. They recall the ups and downs of adolescence, when fantasies start to have consequences, and when the biggest decisions are taken without being conscious that they are that big. But at least, freaks and geeks learned one thing from their parents: in one way or another, things will work themselves out.
www.airdeparis.com