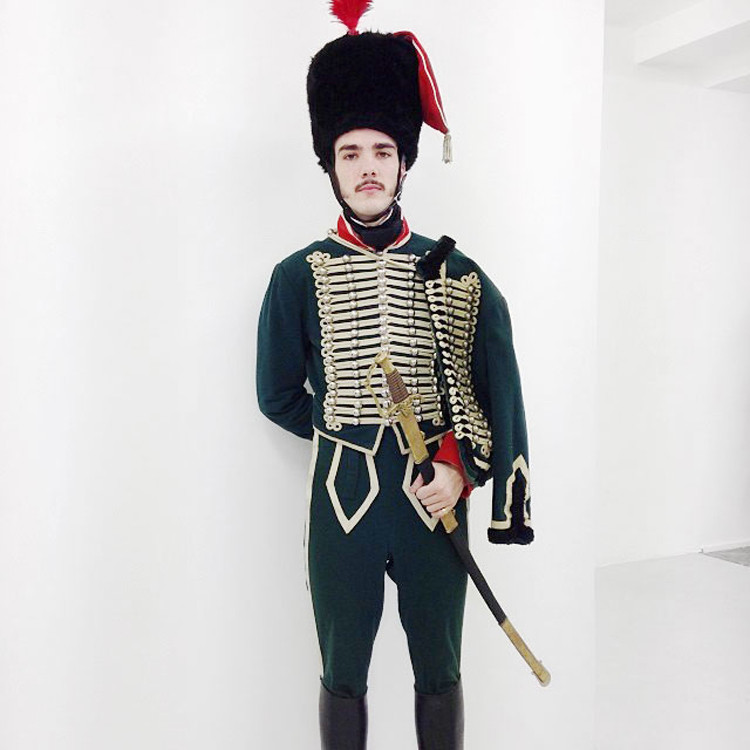 It is no small feat on the part of Pierre Joseph to have indexed his works to a constantly renewed now. He does not simply take up the meaning that Walter Benjamin attributed to the dialectical image, whose 'legibility' is a function of its encounter with a 'present'1 , Joseph subverts the terms of it: it is the now, in its contextual, technological and cultural modalities, which determines the modalities of the artwork2. Although Pierre Joseph was one of the artists in the 90s involved in a redefinition of the practice and the thinking behind the work of art3 , he still persists in the undertaking.
Thus the main work in the exhibition, Endless Photographs, is a series of snapshots taken in the Normandy forest near where he lives, using one of the latest models of camera, but with no attention paid to lining up the shots, no adjustments, and using modern methods of production for printing and production (developing and framing via a web site). What he reveals with this method is a now deprived of the romantic atmosphere of all forests, and of this forest in particular, which Barbey d’Aurevilly had described in a supernatural light in his novel The Bewitched (1854).
In creating some new 'living reactivatable characters'4, after nearly ten years, Joseph seems to be applying this act of temporal redefinition to his own work. Although, at the time, he was referencing video games, the meaning is brought up to date in terms of today's digital world, and also by questions associated with the 'tableau vivant' or 're-enactment' (once again contemporary), which he re-contextualises as soon as he raises them.
Pierre Joseph seems, then, to invite us to entertain such a plasticity of meaning that he allows doubt to creep in as to whether there is any meaning at all, and the work invites one to ponder on the profundity of everyday things that he alone has understood. Looked at from this angle, his research aims less to discover anything, than to short-circuit all idea of virtuosity in order to reach this unattainable degree. As a consequence, Mon Nom est personne, the last work in the exhibition, resonates all the more.

1. "Every present day is determined by the images that are synchronic with it: each "now" is the now of a particular recognizability." Walter Benjamin, The Arcades Project, (tr. Howard Eiland and Kevin McLaughlin) N, 3, 1, p 463.
2. In this vein the title of the catalogue raisonné of his works, Oui Non Peut-être 'Yes No Maybe' (Presses du Réel, 2011) picks up on the possible answers to invitations to Facebook events.
3. The works will be presented as such in the Stéphanie Moisdon and Dominique Gonzalez-Foerster exhibition at the Centre Pompidou Metz, devoted to art of the 90s.
4. A living reactivatable character can be reactivated by an actor disguised as the character in the photograph, but the two must never be presented simultaneously.
www.airdeparis.com