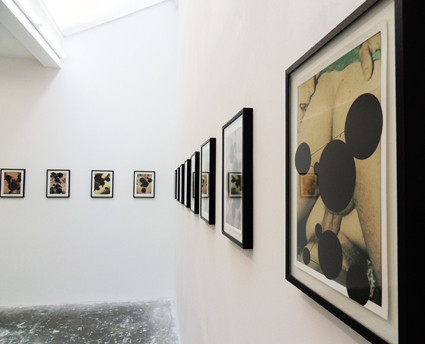 Zbigniew Rogalski, who debuted around 2000, belongs to the most interesting representatives of a young Polish art generation. With the exemplification of visual illusion, such as reflection and obliteration, Rogalski is questioning reality and its mode of representation.

Zbigniew Rogalski has often been called ‘a director of paintings’, as he moves with great ease both in the regions of painting, photography and film, mixing them and taking advantage of several disciplines. Through the exercise of painting itself, questions are raised, encouraging the viewers' interpretation of what is seen while simultaneously forming a critical position. This position is repeatedly obscured and hinted at through painterly solutions as well as the inclusion of photographic material and/or the allusion there of. In the series ‘Eye Tracking’ Rogalski includes the aspect of time as he refers to photographs found as a child in his father’s drawer, which he as an adult turned into thrilling images which hide what the eye cannot let lose. In our show we will present paintings Rogalski specially made for our presentation in which he questions the relativity of all things which are no more permanent than a drawing on a steamed-up glass.