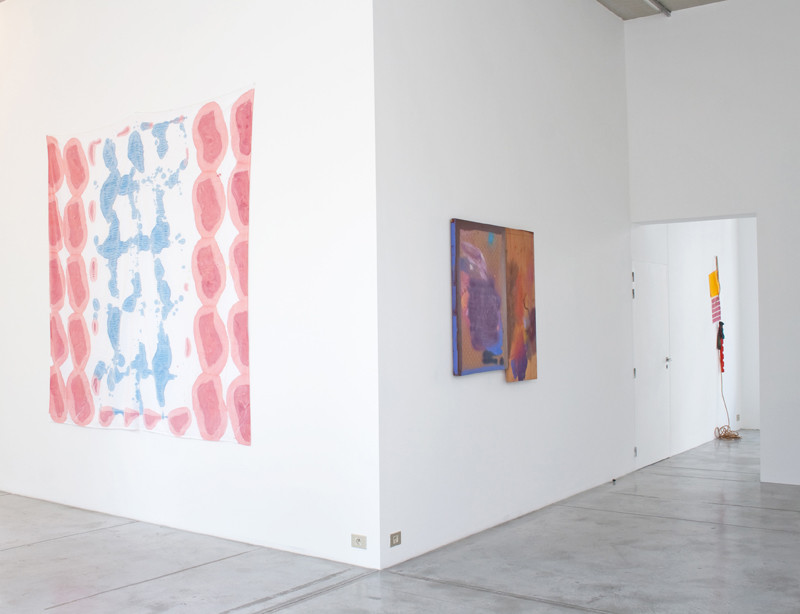 For the kickoff of the new gallery season Albert Baronian is pleased to present ‘Picture/Painting/Object’, a group exhibition bringing together historical works from the ephemeral French Supports/Surfaces movement with several New York-based artists whose work is related to the concerns and methods of the movement.

The exhibition will present early and more recent works from Claude Viallat, one of the founders and probably the most well-known artist of the movement who experimented with the ’surface’ by using unstretched canvas, printed fabrics and other often commercial materials (rugs, scarves, tablecloths, upholstery fabrics, recycled materials, industrial tarpaulins etc). In addition a number of 1973 works from Daniel Dezeuze will be included, who questioned the ‘support’ or the wooden stretcher bar by showing synthetic meshes existing out of painted and cut gauze, hanging from the wall as delicate ladders.

The returning of art to its essentials, which is to say the two constituent elements of conventional painting, while keeping the emphasis on touch and the handmade, is something which has been prominently reappearing over the past few years. Many artists are underlining the physical or real above the conceptual properties of painting or any other type of artwork. In order to interrogate the painting as a form, some utilize traditionally domestic techniques like weaving and tapestry, while others improvise with the concept of the picture-as-object.
Undeniably there are certain harmonics to be found between these types of art works, made of everyday materials and reflecting on the format of painting, and the artistic production in New York at the present moment.

Albert Baronian has been exhibiting Claude Viallat and Daniel Dezeuze several times since the first year of the gallery’s existence, in 1973, until more recently in 2004. Daniel Templon however was the first to exhibit various members of Supports/Surfaces since 1969 in Paris and Milan and he still pursues this collaboration. Simultaneously with ‘Picture/Painting/Object’ Daniel Templon will present Claude Viallat in Brussels and Daniel Dezeuze in Paris.
www.albertbaronian.com