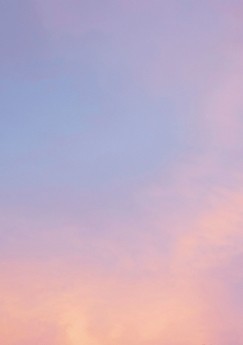 Almine Rech Gallery is pleased to present Alex Israel’s first solo exhibition in France. The exhibition is entitled Thirty as the artist celebrates his thirtieth birthday just days prior to the show’s opening.

For Thirty, a floor-to-ceiling mural depicting Los Angeles’ sunset sky has been painted directly onto the gallery walls. The mural motif derives from the same source image Israel used as backdrop to frame the set of AS IT LAYS: his recent web-series of televisual portraits of Los Angeles’ celebrated icons (www.asitlays.com). Warner Brothers Studios scenic painter Andrew Pike, who painted the backdrop for the AS IT LAYS set, traveled from Burbank, CA, to paint the panoramic imagery onsite in Paris. Turned outside-in, the gallery has been transformed into surrealistic stage-set, its viewers bathed in the approximated, gentle glow of Hollywood twilight.

Accompanying the painted walls are four new sculptures from the artist’s ongoing series: Property. Rented from a local Parisian movie studio, each object is temporarily enlisted to perform the role of Israel’s sculpture for the duration of the exhibition: a bronze eagle holding a pocket watch in its beak, a box of vintage General Electric flashbulbs, a collection of dismembered mannequin hands and a Guignol puppet theater. Israel refers to the process of selecting these props as casting, in the Hollywood, rather than the sculptural sense. At the exhibition’s close, the props are returned to the studio, to recirculate within the world of entertainment.

Alex Israel was born in Los Angeles, California in 1982. He received a BA from Yale University in 2003, and an MFA from USC’s Roski School of Fine Art in 2010. Recent solo exhibitions include the Museo Civico Diocesano di Santa Maria dei Servi in Citta della Pieve, Italy and AS IT LAYS at the Utah Museum of Contemporary Art in Salt Lake City. Israel’s works and writings have been featured in numerous publications, among them Artforum, Frieze, Mousse, The New York Times, The Los Angeles Times, W, Interview, Purple Fashion and The Hollywood Reporter. Israel is founder and CEO of Freeway Eyewear, Inc.
www.galeriealminerech.com