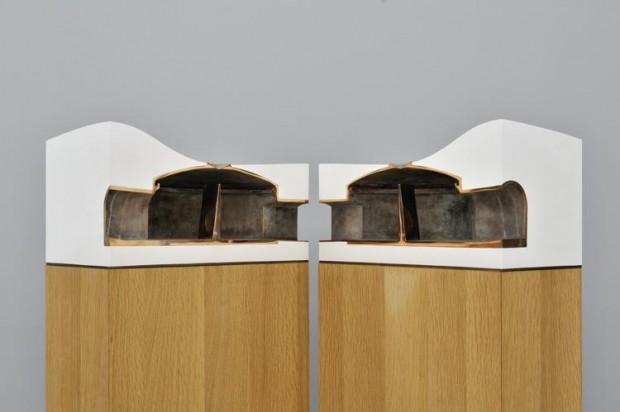 Almine Rech Gallery is pleased to present its seventh solo exhibition of James Turrell since 1999. In 1990, Almine Rech organized his first gallery exhibition in Europe with a Light Piece entitled “Blood Lust".

“I use light as a material to work the medium of perception, basically the work really has no object because perception is the object. And there is no image because I am not interested in associative thought.”

“In 1966 and 1967, James Turrell laid down the basis of his work in one bright flash when he realized the PROJECTION PIECES series, where each work used a halogen quartz spothlight to project a specific form of light into the angle of a corner or flat onto a wall. In a kind of way UFOs landing in the Occidental art world of the 1960s, the PROJECTION PIECES were recognized and understood by few.

Back then, California was a relatively distant territory on the geographical map of Occidental contemporary art. “A land of experiences and freedom”, says James Turrell, who was able to show all the Projections in 1967 at the Pasadena Art Museum1 and, along with the artist Robert Irwin and the perceptual psychologist Edward Wortz, receive sponsorship from the Los Angeles County Museum of Art in the Art and Technology rooms – some black and sound-proofed, others flooded with coloured light – in order to explore the effects that spending time in these circumstances would have on our vision. These experiments were used as studies for later works conceived in the 1970s and 80s.”2

This solo exhibition of James Turrell presents a historical work from 1968 - "Prado, Red", a projection which is part of the his first iconic series and was shown at the Pasadena Art Museum; his Light Reflection pieces created in 2012, which capture light in three dimensions and made by the artist in Arizona; as well has his models of the Roden Crater made in bronze, plaster and resin.

James Turrell was born in 1943 in Los Angeles, he lives and works in Arizona. In 2013, James Turrell is the subject of a major 3-part retrospective in the United States which will be inaugurated on May 26 at the LACMA in Los Angeles, then at the Museum of Fine Arts in Houston on June 9th, and finally at the Guggenheim in New York on June the 21st.

1 Exhibition “James Turrell”, Pasadena Art Museum, California, 1967. One piece was sold and the exhibition drew a critical interest within the art community.