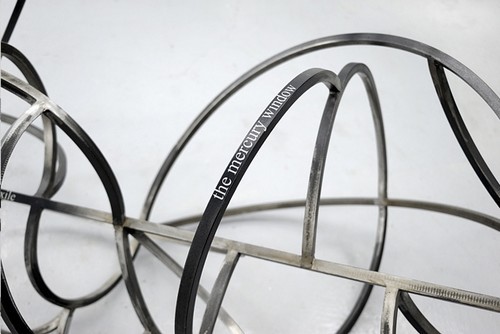 In his works Matthias Bitzer (*1975), who lives in Berlin, combines drawing, painting and sculpture into an experiential space involving history and identity. His work complexes have become increasingly multi-layered over the years while maintaining their focus on the construction of memory and the reconstruction of reality. The source of inspiration and the projection space for his works are historical personalities who have frequently slipped into outsider positions. In his dramaturgically precise, through-composed installations, Bitzer forms multi-layered portraits which mirror the complexity and inconceivability of human identity. What interests Bitzer is not an objective, comprehensive representation but instead a deeply personal approach. Bitzer singles out individual fragments and facets, then condenses them into a sensual and evocative experiential space. The dynamic field among the individual objects gives rise to a network of traces and references which—both laconic and ambivalent—extends the narrative space into the head of the viewer. At the same time, in his space-encompassing installations Bitzer explores the border area between drawing, painting and sculpture with the same sovereign mastery as he applies to that between figuration and abstraction.

In his current work complex, Bitzer turns his attention to one of the most fascinating literary figures of the early twentieth century, the Portuguese Fernando Pessoa. During his life, Pessoa developed numerous fictitious authors—so-called heteronyms—who, according to their respective socialization, presented themselves with quite diverse styles of writing. For Bitzer, the lyricist and poet functions as a thematic framework from which individual works repeatedly emerge. A series of lead-pencil drawings features individual portraits and scenes from the writer's social environment which fill their formats and are overlaid with geometric patterns of increasing complexity. Behind the clearly contoured surface pattern with an Op Art quality, the objective picture disintegrates into individual fragments like a kaleidoscope. The creation and destruction of forms, the processes of subtraction and addition give rise to figures which oscillate between abstraction and objectivity and display their ambivalent consistency in a subtle manner. The dissolution of objective representation culminates in a series of sculptures whose circling arcs and spirals are completely detached from any type of depiction. This atmospheric intensification of a subjective approach as well as the melting away of concrete points of reference perhaps corresponds to the impalpability of the person Pessoa more than do any documentary portrayals. While the metal sculpture constructed in strict geometry points to Pessoa through textual fragments, the amorphous wire sculptures take on the smoke-like formations of large-scale painting. Matthias Bitzer thereby achieves a circularly structured investigation which moves continuously within the dynamic field alternating between absence and presence, communication and reticence, precision and ambiguity.